What is Bitcoin (BTC) 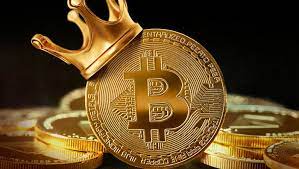 Bitcoin  is a decentralized digital asset, without a control by bank or any single administrator, that can be transferred from user to user on the P2P (peer-to-peer) bitcoin network (Blockchain) without the need for intermediaries.

When Bitcoin was found?

Transactions are verified by network nodes through cryptography and recorded in a public distributed ledger called a blockchain. The cryptocurrency was invented in 2008 by an unknown person or group of people using the name Satoshi Nakamoto. The currency began use in 2009 when its implementation was released as open-source software.

Bitcoins are created as a reward for a process known as mining. They can be exchanged for other currencies, products, and services. Some investors and economists have characterized it as a speculative bubble at various times. Others have used it as an investment, although several regulatory agencies have issued investor alerts about bitcoin. In September 2021, El Salvador officially adopted Bitcoin as legal tender, becoming the first nation to do so.