Someone Please Explain What's Going on in Washington

If you're like us, you've been banging your head against the wall trying to make sense of the news coming out of D.C...

...that a few mega-corporations sent payments to a shell company set up by President Trump's lawyer and plaid blazer aficionado, Michael Cohen (who's currently being investigated for various business dealings).

What we don't know

Well, pretty much everything else...specifically 1) where the $4.4 million that hit Essential Consultants ended up and 2) whether there's anything illegal about these transactions.

But if you send us a check to our shell company, Nonessential Consultants, we'll spill the beans.

The scene opens at MoviePass's board meeting:

Exec 1: "I mean it's just not adding up!" *pacing briskly* We give people free movies for just $9.95 a month and somehow we're losing money?"

Junior Associate Johnson: "Well...yes, sir. We spend $21.7 million a month and have only $15.5 million on hand...well, $43 million if you count those backlogged accounts receivables and..."

It was tough getting those sound bites, but as you can see...things aren't looking so bright at MoviePass these days. Here's another aha moment from one analyst-"It's impossible to run a business where the cost of sales is 2x the revenues."

Is the picture clearing up now? Those were all real numbers from an SEC filing by MoviePass's parent company (whose stock dropped 46%), indicating the company has two more months of runway.

Moving forward: The parent company's CEO is staying glass-half-full, forecasting 5 million subscribers and profitability by the end of the year for MoviePass. He conveniently skipped over the part where he says how.

Walmart Seals the Deal on Flipkart

Walmart snatched Flipkart right out from under Amazon's prying eyes. For $16 billion, Walmart will walk away with 77% of India's hottest e-commerce company and access to the country's 1.3 billion people.

Adding insult to injury: Meet the Bansal bros, Flipkart's founders. They're not actual brothers, but Sachin and Binny are the Mario and Luigi when it comes to bothering Bezos.

And, for the icing on the cake, they taunt Jeff with billboards when he flies into India.

Does This Look Like a Baseball Stadium to You? 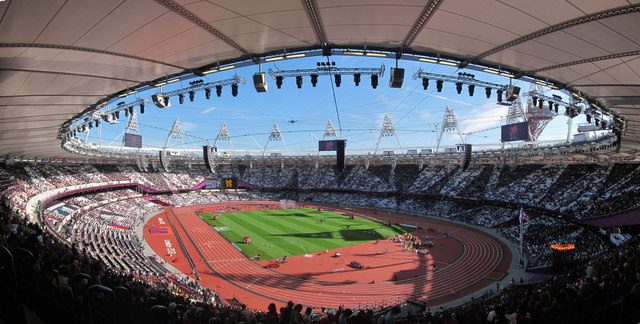 Well, it will be soon. In America's most significant European investment since the Marshall Plan, the Red Sox and Yankees will play two regular season baseball games at London's Olympic Stadium next summer.

MLB Commish Rob Manfred wants to follow the NFL and NBA's lead in planting an American flag in the U.K.:

Guess Who's Makin' the Big Bucks These Days

It pays to be a CEO. Don't ask us, ask the WSJ, which released its salary analysis of the S&P's top dogs for 2017.

Coming in hot at the highest salary? Broadcom's Hock Tan, who made $103 million-a 318% boost from 2016. Compare that to LeBron James, who rakes in $31 million a year (not including bonuses & endorsements). Hock Tan shoots, he scores.

A few of the lowest salaries? Bezos, Buffett, and Page. Warren dropped his salary from $488,000 to $100,000 this year, while Jeff cashes his checks to the tune of $1.7 million. Modest salaries, but Larry Page says 'take notes,' with his salary of...wait for it...$1. But don't worry, these billionaires are doing just fine with equity and stock options.

The New York Times Goes Big with the Small Screen

Pop quiz: What do Donald Glover and the New York Times have in common?

Answer: They both have a show on FX, after the Times awarded it the rights to its first TV series ever, The Weekly (yes, it's based off the NYT's The Daily podcast). Hulu also licensed the program.

And with the new venture, the NYT completes the typical media company trajectory of print newspaper → podcast → television show.

TALK LIKE THE CREW
Brent Crude Oil vs. WTI Crude Oil-Time to freshen up there, slick. Crude oil is the global benchmark for oil prices. WTI, or West Texas Intermediate, is the oil benchmark for North America. Over the last few years Brent has been charging a premium over WTI due to its more ubiquitous appeal in the global marketplace. Among other reasons.

Paying it forward - thanks everyone
+267IBby electrictuketspiel
What do you wish you knew when you were younger?
+251OFFby thebrofessor
OSU for free or ~260k in debt
+241IBby bpf12345
Most Unignorable Cold Email for people with Massive Balls
+141IBby Fast and Fiduciary
Thanks to IB long hours, I officially have angina
+88IBby Associate 1 in HF - Event
What do you love about Japanese Anime?
+84OFFby Bizkitgto
PE is the new IB - IB is the new Big4
+84IBby baddealflow12
Calling PMs/buyside Analysts - The whole China thing
+81HFby thebrofessor
Litquidity Target School Ranking
+78IBby chocolate_obliteration
$4MM...Quit rat race and become an owner operator? WWYD?
+73REby Associate 1 in RE - Comm
END_OF_DOCUMENT_TOKEN_TO_BE_REPLACED