The United Banks of America

Now that's what we call a PR audible. One day before facing a Capitol Hill hearing, Bank of America (-1.03%) CEO Brian Moynihan said BofA plans to raise its minimum wage to $20 an hour from $15 over the next two years. That'll make BofA's minimum wage workers the highest-paid among any of the country's big banks.

Two possible explanations for the hike

Described as "riveting political theater," this House Financial Services Committee hearing should hold you over until the new Avengers arrives. Even the name is epic...ly long: "Holding Megabanks Accountable: A Review of Global Systemically Important Banks 10 Years After the Financial Crisis."

Both questioners and questionees are eager to display new attitudes. 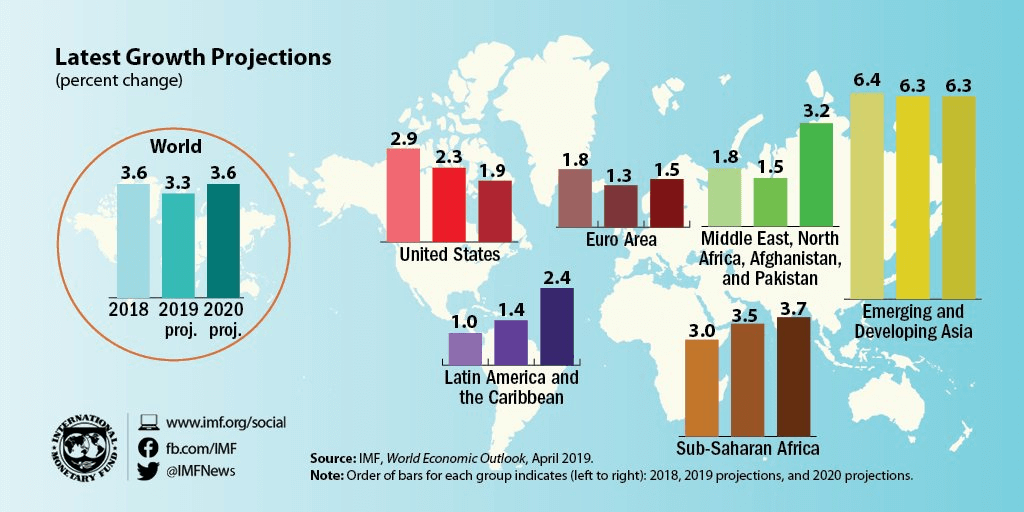 In its big picture overview of the world economy, the International Monetary Fund (IMF) concluded that we are in a "delicate moment." It lowered its projections to 3.3% growth for 2019, which would be the lowest growth rate since 2009. But the IMF does expect a boost heading into 2020 if we keep things This Side Up.

Zoom out: If you're in D.C. this week, watch out for all the finance ministers and central bankers getting rowdy on U Street. They're in town for the spring meetings of the IMF and the World Bank.

"Operation Brace Yourself" Leads to a Bust

The Justice Department has charged 24 people in a $1.2 billion telemarketing scam.

Officials said it was one of the largest health care fraud schemes in U.S. history...and the investigation was truly a marathon. They executed more than 80 search warrants across 17 federal districts, charging doctors and CEOs from New Jersey to California.

How the scam allegedly worked (do not try this at home):

And where to launder the illicit profits? The usual suspects...exotic cars, yachts, and luxury real estate.

In China, Crypto Mining Is no Minor Problem

...where top state planners proposed eliminating all cryptocurrency mining operations in the country as part of a larger shakeup to industrial policy.

The backstory: In China's interior, where you can get coal and hydropower on the cheap, mammoth crypto miners have set up shop and become significant polluters.

If China follows through, it'd be a win for the planet, but an L for China's massive bitcoin mining market, which reportedly represents 74% of the world's total crypto mining computing power.

On the other side of the world (but in a similarly rural setting), Montana's Missoula County unanimously approved a resolution that requires new crypto mining to be offset by funding or building new renewable energy projects.

Crazy stat: Crypto mining in Missoula County directly employs 19 people, but it uses as much energy as 1/3 of county households, or about 40,000 people.

YouTube Brings You the Most Meta Moment of the Week

Yesterday, YouTube had to disable the comments sections on livestreams of a House Judiciary Committee hearing on hate crimes...because the comments became inundated with hate speech, including racist and anti-Semitic remarks.

The Inception didn't stop there. Alexandria Walden, Google counsel for free expression and human rights, testified right after her colleagues disabled the comments-she said, "Hate speech and violent extremism have no place on YouTube."

The hearing (which also included reps from Facebook) was aimed at picking apart the spread of white nationalism in the U.S. and the role of social media in its rise.

Looking ahead...Big Tech reps at the hearing emphasized their efforts to root out hate speech and troubling content using both human and AI tools. One of those efforts? Facebook said last month it will ban white nationalist and white separatist content from its platform.

Math Is a Really Cool Thing
Start in the bottom left corner. Moving either up or right adding up the numbers along the way, what is the largest sum you can make? 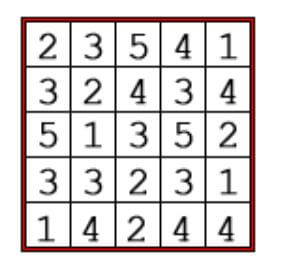 What do you wish you knew when you were younger?
+304OFFby thebrofessor
OSU for free or ~260k in debt
+262IBby bpf12345
Most Unignorable Cold Email for people with Massive Balls
+187JOBby Fast and Fiduciary
PE is the new IB - IB is the new Big4
+174IBby baddealflow12
$4MM...Quit rat race and become an owner operator? WWYD?
+151REby Associate 1 in RE - Comm
U.S. inflation rises to 5.4%. Meat prices +10%, gas +42%
+122OFFby Intern in IB-M&A
Litquidity Target School Ranking
+88IBby chocolate_obliteration
Calling PMs/buyside Analysts - The whole China thing
+82HFby thebrofessor
Cute girl on campus - need advice
+80OFFby Intern in RE - Comm
Miami is paradise........ or is it?
+72OFFby Fast and Fiduciary
END_OF_DOCUMENT_TOKEN_TO_BE_REPLACED