It's Anything but a Bloc Party in Italy 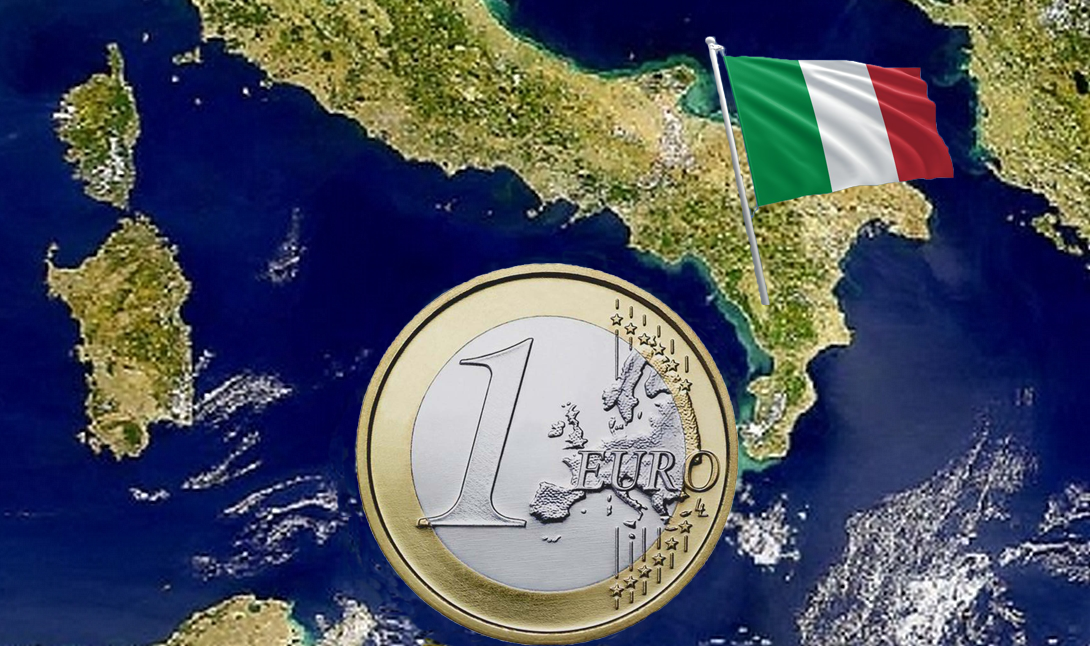 Here's the thing about globalization: There are aspects that are great (sharing cultures, IKEA, french fries)...

....and then there are days like yesterday, when turmoil in a single country brought down global markets.

That country, of course, is Italy, where major political uncertainty has caused some major ripple effects:

So about that political uncertainty...

Last weekend, President Sergio Mattarella swatted away an attempt by two parties (the Five Star Movement and the League) to form an anti-establishment government.

And here's the worry among investors: If you cut off one limb, four grow back.

+ Quick detour: Don't confuse the "EU" with the "eurozone." The EU refers to the entire 28-member club, while the eurozone consists of the 19 countries that use the euro as their currency.

As if things weren't bad enough in Europe, George Soros decided to pile on

Speaking in Paris, the billionaire investor gave the opposite of a pump-up speech:

Why the grim look, George? Here's what's worrying Soros: the rise of populism, growing conflict between the U.S. and the EU, the U.S. pulling out from the Iran deal, and pressures from migration.

Trade War Not Exactly "On Hold" Any Longer

After promising it wouldn't move forward with tariffs quite yet, the U.S. hit China with the old fingers-crossed move: it announced it would follow through with a 25% tariff on $50 billion worth of Chinese goods.

So good luck relaxing at the lake house this summer-the weather might be clear, but your portfolio's forecast looks cloudy.

The Crew's take: Investors are already trying to stomach rising inflation, political turmoil in Italy, economic destabilization in Venezuela, Kim "loves me/he loves me not" relations with North Korea, and now this.

If Ross doesn't make friends with the frenemy on June 2, expect retaliation from China.

With its acquisition of Pret a Manger for $2 billion, JAB Holding Co. is clearly trying to establish itself as the king of mediocre sandwiches...we mean, it already owns Panera.

But what you might not know is just how many other meals this privately held European firm preps for you through its subsidiaries.

Zoom out: Only 50 years ago, JAB was a family-run business selling chemicals. Now? It wants to take on Nestle as the No. 1 coffee company in the world.

+ How to pronounce Pret a Manger, for us uncultured types: "pret-ah-mahn-zhay"

This week on WWE SmackDown: CBS CEO Les Moonves in one corner and heir to the National Amusements media throne, Shari Redstone, in the other.

Remember: The two are locked in a battle deciding the future of CBS (-1.37%) and Viacom (-3.25%, both controlled by National Amusements). Shari wants to merge the two; Moonves says, "not gonna happen."

But Shari caught Moonves with the chair yesterday, issuing a 66-page lawsuit with some pretty heinous allegations.

Bottom line: Shari already fended off one restraining order from CBS which alleged she was trying to overthrow the board and force the merger. Now, she's firing back.

There are a few ways for a small country to make global headlines: either win the World Cup...or ban Facebook for a month.

Papua New Guinea (population: ~8.4 million or about 1 New York City) opted for the latter, as communication minister Sam Basil floated the idea of shutting down the site in order to study Facebook's effects.


+ Some perspective: Only about 12% of Papua New Guineans have access to the internet.

WHAT WE'RE DOWNLOADING
iOS 11.4-If you're an Apple nut, this is right up your alley. The update is finally bringing users Messages on iCloud, which, long story short, syncs up your messages more seamlessly across all devices.

+ iOS 12 could be right around the corner at Apple's developer conference (WWDC) next week. Tune in June 4-8.

How to deal with 2nd year analysts who refuse to work
+187IBby breezy443
IB/PE 10 years after college
+140IBby Associate 3 in PE - Growth
Do you wish you’d have spent more money
+99IBby Analyst 2 in IB - Gen
Is the grass greener or should I be more content?
+74JOBby Associate 1 in IB-M&A
Distribution of GP Promote - first investment on GP side
+67REby VP in RE - Comm
Run Corp Dev at PE Portco, or Mid-Level Corp Dev at F500?
+54CFby PE-biz-dev
Can someone talk to me im not in a good place
+48OFFby Analyst 1 in IB - Cov
Long-term career future in Equity AM
+45AMby TomJonesAlt
Which of these European schools would you rather spend a semester to a year abroad at?
+45BSCHby Intern in IB - Cov
Bidding Strategies
+43REby Prospect in PE - LBOs
END_OF_DOCUMENT_TOKEN_TO_BE_REPLACED