Looking at you, four-eyes

What's the hap with Snap (+1.10%)? It rolled out a new version of Spectacles, its video-recording sunglasses. They look just as dorky cool as the first version, with a few minor tweaks:

But we need answers: When the first version of anything tanks so badly, why would you make a second one?

Speculating on the Spectacles' spectacular failure

Once upon a time (late 2016), you could find hip millennials rocking Snap's Spectacles in a splashy marketing campaign. Then came an army of Snapbots: Minion-looking Spectacle vending machines that seemed to drop out of the sky.

But as quickly as they came, the Snapbots disappeared. And the rest of the public had to wait five months to get their own Spectacles. During the wait, the fad died as quickly as it started-less than 50% of buyers used Spectacles a month after purchasing them.

In the end: Snap only sold 220,000 pairs, and it suffered a $40 million inventory write-down after overestimating demand.

So why is Snap trying again?/

Because the sunglasses are key to Spiegel's master plan. In his crystal ball, humans will connect with the world around them not through a phone, but through augmented reality.

The only problem is, hardware solutions (like Google Glass) haven't caught on. So while some companies like Magic Leap are going all-in integrating hardware and software, Snap is working on perfecting the software (with World Lenses and Snappables), while easing consumers into wearing the tech. And if a few products flop along the way, that's the cost of being an innovator...

Spiegel said it best: "We decouple them [hardware and software] so that they're all allowed to develop on their own until they come together...Over the next decade or so, the way that these pieces fit together will probably be what defines our company."

Amazon (up 6% after hours) posterized expectations. And at this point, what more is there to say? How does a company this big keep growing at this pace?

We'll let the numbers do the talking:

That's enough Amazon for one day. How about other tech giants?

After a 20-year struggle to compete with Wall Street heavyweights, Germany's largest lender, Deutsche Bank, is scaling back its presence in the U.S. Turns out, home field advantage is also a thing in finance.

Enjoying the new gig, Christian Sewing? After only two weeks in the CEO chair, Sewing is making drastic moves to refocus the bank on its core European client base.

Zoom out: Deutsche arrived stateside with the swagger of the Beatles, acquiring Bankers Trust for $10.1 billion in 1998. But $17 billion in legal fees later, it might be time to cut its losses.

Dunkin' Needs to Nix the Dough to Make More Dough

How was Dunkin's Q1? Stale, just like its donuts.

But there's more at stake here: While America might run on Dunkin' (-0.31%), no one runs on donuts. The brand is frantically replacing its namesake product with healthier breakfast options and coffee. Starbucks and McDonald's have set the bar as your primary AM destinations.

So how does Dunkin' reach that bar?

Check out its three-year plan, announced this February. It includes opening 1,000 new locations (with an emphasis on drive-thru), growing same-store sales up to 3%, and promoting beverages over food.

Jim Chanos says good luck: "We've been short these things [franchises] for about a year." And while valuations keep going up, "At some point, that has to come to an end." 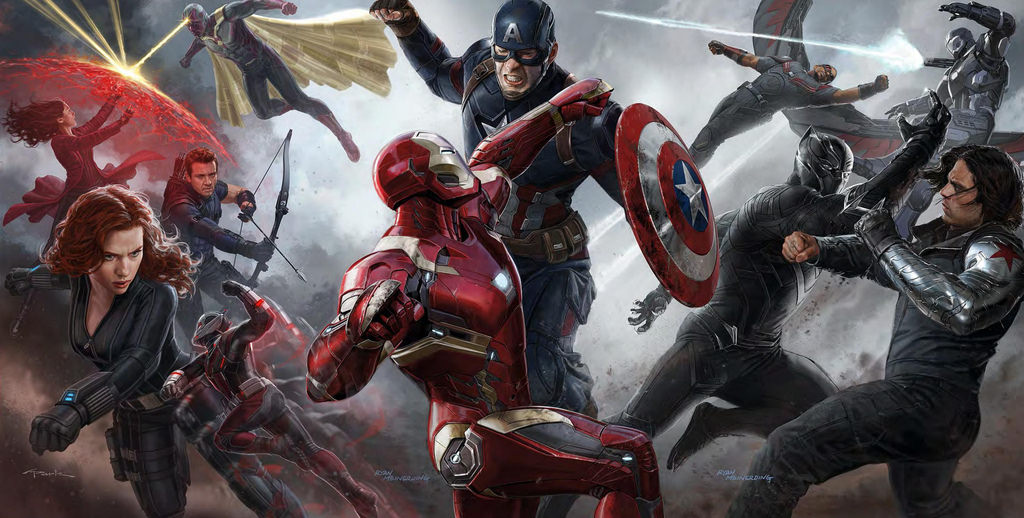 Raise your hand if you're going to see the new Avengers movie this weekend. That's one, two, three...okay looks like all of you. Chalk up another W for the Marvel Cinematic Universe (MCU).

And we're not surprised. Like the MCU, many movies belong to big happy film families, known as "franchises." Think Fast and Furious, Saw, and yes, even Paul Blart.

So which have been the most successful? Here are the top 10 franchises by domestic box office revenue (Box Office Mojo), followed by the No. 1 grossing movie in each franchise. (Numbers in millions.)

If it's Friday, it's time for our weekly caption contest. We'll go first...

"Remind me again why we're naked?"

WHAT THE CREW IS READING
Shoe Dog by Phil Knight-How did Phil Knight, founder of Nike, build one of the world's largest brands? Sweat, tears, and a lot of luck. Phil's gripping story takes you from his fresh-faced, post-college days (when he wanted to give up everything and travel the world), to those sleepless nights wondering how he was going to sell Nike inventory and pay off his next loan. If you read one book about what it takes to build a company, Shoe Dog is it.

The book pairs well with Sports Internet, an awesome daily sports newsletter that we all read before getting to the office.

Last seen: Containing the backlash from a controversial situation at one of its locations.

Super hot chick in my intern group
+158IBby Outtadistrict
To all Consultants considering PE
+68PEby Associate 2 in PE - LBOs
How to Be King of Your Own Private Equity Firm
+40PEby Texas Tea
Have any of you HF folks made 7 figures?
+20HFby Analyst 1 in IB - Gen
Why are you (still) in PE?
+15PEby onebagger
Private Equity Interview 1-Day Bootcamp OPEN NOW - June 19th - Only 30 Seats
+14PEby WallStreetOasis.com
Is Anyone Bullish on the Future of Asset Management???
+11AMby Theeloneous
Q&A: Home Run Deal/Project - ~$3mm Profit, ~6.42x EM, ~18 Month Investment Horizon
+8REby Fred Fredburger
Just broke into IB as a lateral. How do plan my move to PE?
+7PEby Analyst 2 in IB - Ind
Q&A: M&A to PE and the Importance of Mentors
+7IBby TitanBrit
END_OF_DOCUMENT_TOKEN_TO_BE_REPLACED