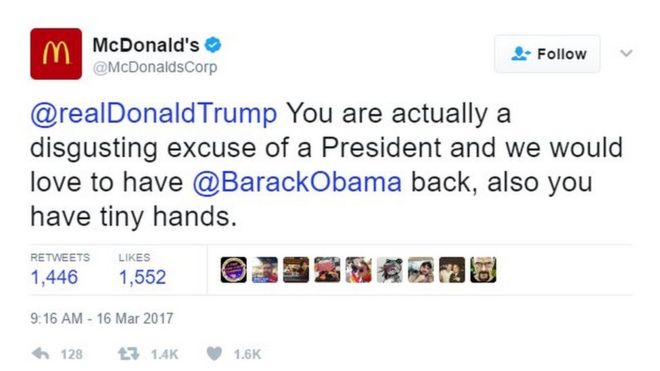 ...By acquiring indie fashion startup ModCloth. It's not the retail giant's first digital buyout-the Arkansas-based chain bought Jet.com for $3 billion in August, and outdoor outfitter Moosejaw last month. San Francisco-based ModCloth has a cult-like fan base, and has been hailed as "feminist AF" by Cosmo. Needless to say, some ModCloth fans aren't happy, but executives are trying to keep the outlook positive. Walmart (+0.20%) is trying hard to evolve...we'll believe it when we see it.

…As Elon Musk promises to stay grounded with Tesla (+2.47%) if SpaceX goes to Mars. Amidst SpaceX bagging the U.S. Military Contract to launch into space and the Trump Administration's plans for a manned Mars Mission, Musk's #winning streak has thrown people for a loop. The biggest question at Tesla's earnings call was about Musk's plans with Tesla amidst rumors of being Trump's "Chosen One" for Mission Mars. Our man was quick to shoot these questions down, assuring listeners that he would be with Tesla until"someone kicked him out"
Now, as Tesla turns to Wall Street to raise more than $1 billion before the launch of the Model 3, it's time for Brewers to weigh in. Will Tesla stock maintain SpaceX-like trajectory as the Model 3 proves a wild success, or will it reverse course as the company's large-and-rapid cash burn becomes too much for investors to stomach? You tell us.

GoPro Can't Always be a Hero

…...Especially not after cutting 270 jobs.… The action-camera manufacturer, (+15.78%), had a pretty tough 2016. Product recalls and delayed releases on flagship products (like the Karma drone) caused the company to lose around $115 million. Fast forward, and GoPro has announced that it will be cutting operating costs by $200 million, among other things, to stop the bleeding and return to profitability. Reading between the lines––that's 270 employees being given the boot, bringing the total "reorg" to 470 employees (or 30% of the company) since last fall. Post-announcement, GoPro's stock soared, but the question remains––what product is on deck? Hopefully, for GoPro, the sky is not the limit.

…Canada's innovation fund is set to invest $600 million this year into about a half dozen research groups. Prime Minister Justin Trudeau has placed emphasis on technology as a strategy for expanding growth in the country. With talent and startups looking to Canada as a potential home base after the Trump travel ban fiasco, Trudeau is doubling down on tech.

This just in: there's some well-anticipated Washington buzz to end your week. Yesterday, the Trump administration delivered on its campaign promise to reshape the budget, releasing a preliminary proposal for 2018. It covered discretionary spending, set by congressional budget resolutions, rather than mandatory spending, which is informed by other laws. Here's a closer look:

Interview Question of the Day

Think of a number. Add 7 to it. Subtract 2. Subtract your original number. Multiply by 4. Subtract 2. What number are you left with? (Answer)

Startup of the Day

Health-insurance startup Clover Health is raising about $120 million in new capital at a valuation of more than $1 billion. Clover is one of a few startups ambitious enough to launch its own insurance business-quite a feat in a highly regulated sector that requires large capital outlays. Its focus is on using data to provide better management of chronic conditions as well as reducing emergency-room visits and other high-cost hospitalizations. You do you, Clover.

Cereal saved AirBnb. Yep, you heard that right. After maxing out a Binder full of credit cards and racking up tens of thousands of dollars in debt, founders Brian Chesky and Joe Gebbia were running out of options. Cereal seemed like the obvious choice, right? After selling 1,000 boxes of election-themed Cheerios (Obama O's and Captain McCain's to be specific), AirBnb was back on its feet and on its way to a $35 billion valuation.

I did a double take when I saw Ferrero is buying Fannie May. I thought it odd that a confectioner would enter the mortgage business, until I realized Fannie Mae and Fannie May are two different companies.

"There's nothing you can do if you're too scared to try." - Nickel Creek