Hi guys,
ABOUT ME: I'm Italian, 21 years old, second year out of 3 of bachelor in economics and management, GPA 29.5/30 which is a 4.0 I guess (non target uni).
Did one exchange year in UK during high school , LSE summer school in finance (in summer between first and second year of bachelor), currently doing summer internship (between second and third year) in securities settlements (securities operations division, BO) at Goldman Sachs. Did during high school normal stuff such as footbal at high levels, worked for my family company (I know it counts zero altought it organizes events worldwide) and did some english course in USA.

AMBITIONS: I'm not that kind of person "I love finance, I really want to be an Investment banker... and so on". I almost have no idea. I think I'm attracted from consulting/IB (FO hopefully)/something similar or "hybrid" maybe.
My current summer internship BO is OK but would not do BO for one more day ever after the 10 weeks --> just did that to add 0.5% of weight on my cv thanks to brand name + I applied to only 5 internship: 2 IB (credit suisse IBD rejected, GS securities ops accepted) , 3consulting (rejected from all).
During LSE summer finance course found quite interisting the part regarding corporate finance , wacc ....(which job should be related to ???)

I'd like to apply in round 1 to some Msc but cannot decide exaclty between Management/Finance, Any suggestions? which one would then give me the biggest range of available jobs?

I'm currently studying for gmat but not sure I can make it (I'm around low 600)
Hovewer I saw the following program that do not require (but suggest) GMAT ,

Do you think I would have a decent shot without gmat? Do you think ,in the remote case of acceptance, should be a good fit? : finance and accounting IMPERIAL (i guess less competive than finance only), finance UCL, finance WARWICK , ESCP MiM (will have to do their own test, which is weighted only 10%) where I'll be able to choose specialization in corporate finance in the second year (it's a two year program but still I find it very attractive)
Some more suggestions?

Obvs if i manage to get 650+ I'd apply also to the "big boys" LSE LBS HEC .... But for the moment let's focus on the negative scenario where I would not have gmat: I'd be more than happy to get into one "non-gmat uni" as long as it is target (Imperial maybe is top).

Any kind of career advise, admissions or anything else would be more than welcomed!!!! 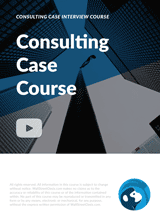 mamu10, shame nobody has responded. Maybe one of these topics will help:

Fingers crossed that one of those helps you.

Girlfriend vs PE
+101PEby Investment Analyst in Private Equity - Growth Equity">Investment Analyst in PE - Growth
Rich girlfriend ($500M)
+96IBby GS_Associate
How to be a Successful Analyst: Do's and Don'ts
+50IBby missB2B
What were your stats in college?
+43IBby J_24
How do I simulate IB work/hours/pain before even getting an internship?
+35IBby Joshaboc
First year analyst, still feel incompetent and like I haven’t learned anything
+33IBby 1st Year Analyst in Investment Banking - Mergers and Acquisitions">Analyst 1 in IB-M&A
Adding Value? - Rich Handler
+22OFFby guywhoisgunningforbanking
Why did everyone start giving a shit about politics?
+21OFFby GoldenCinderblock
Friends in IB are chilling hard, how can I get this?
+21IBby 3rd+ Year Associate in Private Equity - LBOs">Associate 3 in PE - LBOs
Covid & Cuomo
+19OFFby PrivatePyle
END_OF_DOCUMENT_TOKEN_TO_BE_REPLACED