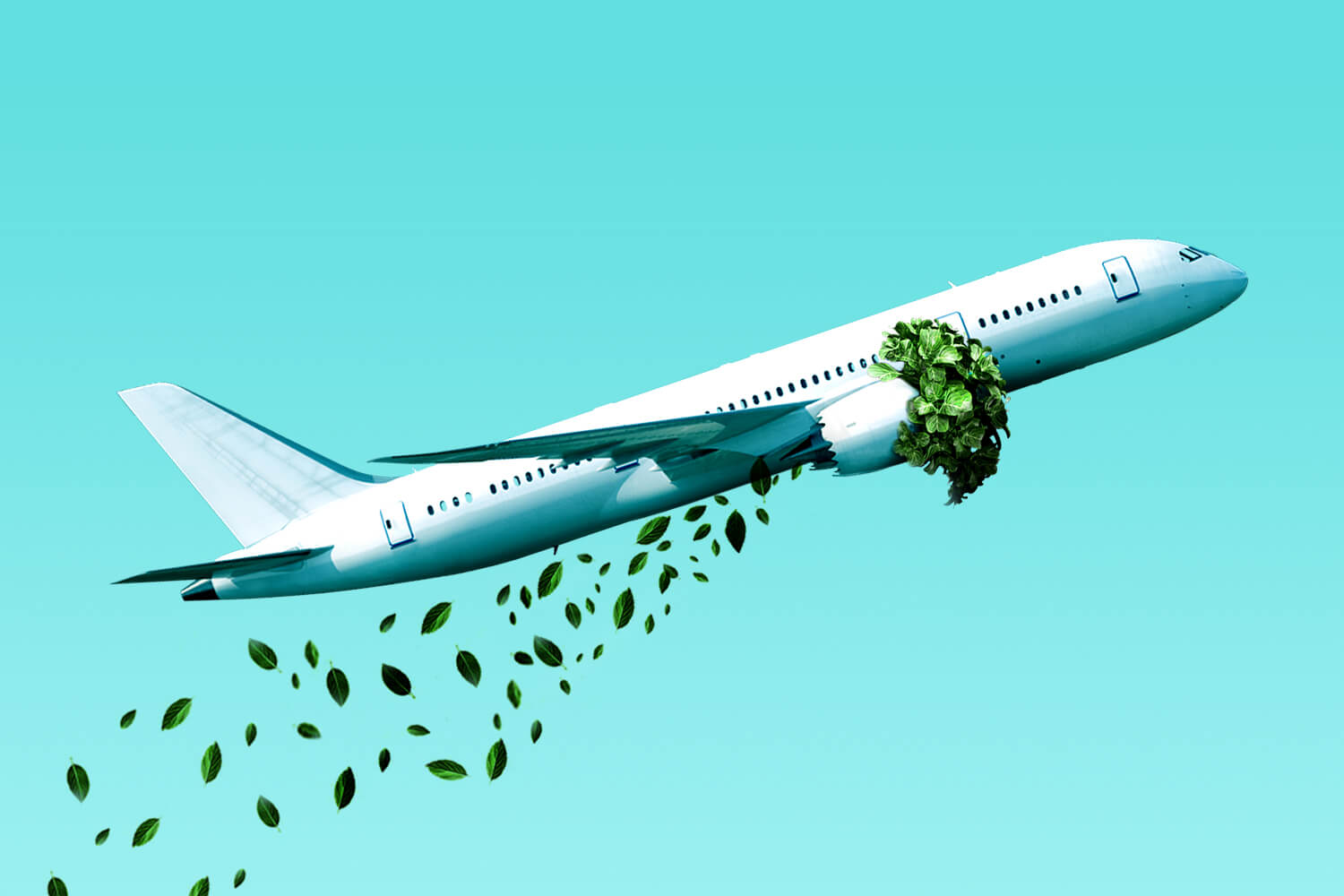 Zoom out: The aviation industry is confronting its impact on climate change-not because the last book club pick was Naomi Klein, but because some travelers are opting for literal torture (24-hour train rides) over flying.

Those people have been overcome with flygskam, a Swedish term that means "flight shame." Citi defines flight shame as "the inherent guilt that an individual feels as a result of one's aviation-related carbon footprint."

But will offsets help flygskam be flygsgone?

Bravo on that transition to the growing market for carbon offsets, a process by which polluters (like EasyJet) fund projects that reduce carbon emissions to "offset" their own. Those projects can include planting a whole lot of trees or spearheading renewable energy initiatives.

Offsets are an increasingly popular tool in the aviation industry:

Looking ahead...environmental activists downplayed EasyJet's plan, calling it a "jumbo-size greenwash." It could be. For EasyJet and other airlines hoping to become more environmentally friendly, offsets obscure the bigger problem: There currently aren't any ways to engineer planes to emit less carbon in the first place.

Looking ahead x2...if you don't think flygskam will be on the Friday Quiz you're fooling yourself.

Kohl's stock fell as much as 18% after it missed Q3 earnings and slashed its fiscal 2019 profit outlook. CEO Michelle Gass blamed a race to the bottom for promotions and warmer weather in September.

Home Depot is struggling to sell 3,000 square feet of drywall online. After missing comparable sales numbers for the quarter and admitting its digital overhaul is taking longer than expected, shares dropped more than 5%.

Macy's stock dropped more than 10%...and it didn't even report earnings. It did disclose a data breach that affected a small number of customers.

TJX, the parent company of TJ Maxx and HomeGoods, was the exception. Shares climbed after it raised its profit forecast for the year.

Bottom line: It's going to be a nervy holiday season for retailers. Not only do they have tariffs to worry about, but the late Thanksgiving means there are only 26 days from Black Friday through Christmas Eve.

If You Don't Have Anything Nice to Say About Stadia...

Early reviewers said that even with strong internet connections, performance was inconsistent across devices.

Bottom line: The gaming industry may be moving to streaming, but Stadia isn't likely to sway gamers used to their consoles and/or PCs.

What's the quickest way to get people to leave your house party? Blast "Your Daily Podcasts," a new playlist from Spotify that curates audio content based on your podcast listening history.

Spotify's algorithms will suggest episodes from shows users already listen to and new ones they might enjoy. The company said it won't prioritize its original podcasts, like Bill Simmons's The Hottest Take, over others. The feature is available to users in the U.S., Canada, Australia, Brazil, the U.K., and a few other countries.

Trade: "If we don't make a deal with China, I'll just raise the tariffs even higher," President Trump said yesterday.

This kind of shit isn't news and I'm super fucking sick of seeing this being the headline AND the extent of the 'content' of an article. What tarriffs on what products in what quantity on what timeline in exchange for what concessions on what points? There's never any fucking useful content. What is this, Idiocracy?