Quarantine Man Buns May Not Last the Week 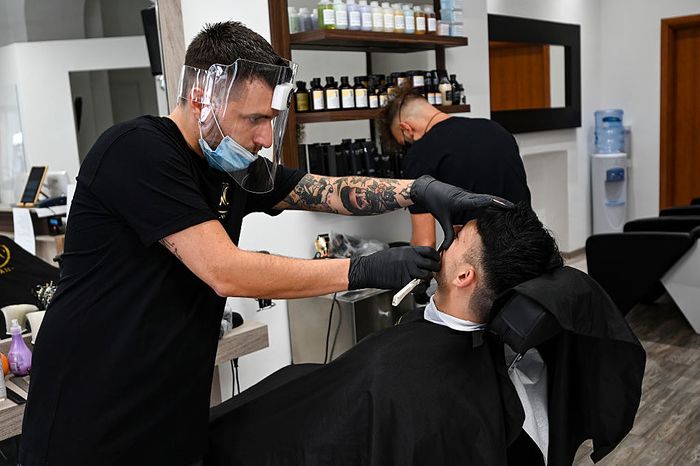 As of today, all 50 states have begun loosening business restrictions implemented to fight the pandemic. But with varying or unclear federal, state, and county rules, reopening has more moving parts than a middle school love triangle.

This week in reopenings...

In the Northeast, Massachusetts began easing restrictions on manufacturing, construction, and places of worship. NY Gov. Andrew Cuomo said Albany is ready and Long Island could be close. And a Memorial Day miracle: Delaware and the NYC tri-state area will open beaches for the unofficial start to summer.

In Florida, retail and entertainment center Disney Springs will begin a partial reopening today. The state began its Phase 1 reopening this week with restaurants, malls, and gyms at half capacity.

California relaxed requirements for counties to enter Phase 2 and, along with New York and Texas, said it's ready for pro sports to return in a couple weeks. No fans in the stands, but with The Last Dance over we'll take it.

What they're worried about

With reopenings underway, at least 17 states have logged a 10% or more uptick in average daily new cases. Texas is reopening child care centers, bars, and bingo centers this week, yet reported its largest daily increase last weekend. North Carolina did the same, and Arizona approached a record high.

However, that's partially the result of increased testing. And some states have seen no changes (Florida) or even decreases (Georgia).

Over 36 million workers have filed for unemployment in the last two months, and as businesses reopen, some will get offers to return. But many employers aren't clear about the rules for providing a safe workplace, especially when plexiglass dividers and Clorox wipes don't come cheap.

The Brew explains: What happens when workers are unable to return or don't feel safe doing so? Go deeper with our guide to reopening and unemployment.

Yesterday, Walmart reported earnings for the quarter that ended April 30 (when you're No. 1 on the Fortune 500, you get to make your own rules).

You also get a leg up when disaster hits. U.S. comparable sales were up 10% for the quarter, and e-commerce sales skyrocketed 74% thanks to Walmart's forays into home delivery and grocery pickup.

For other retailers, those same three months were….what's a nicer word than "bloodbath"? But Walmart's massive scale positioned it to catch the coronavirus curveball in customer behavior. "It is a big advantage being an omnichannel retailer and I think that is showing right now," CFO Brett Biggs humblebragged.

+ They almost snuck it past us. Walmart also mumbled that it's shuttering Jet.com, an online marketplace Walmart bought in 2016 in an effort to make Jeff Bezos sweat. But after a series of reshuffles, Walmart decided Jet.com wasn't the e-commerce silver bullet it once thought. 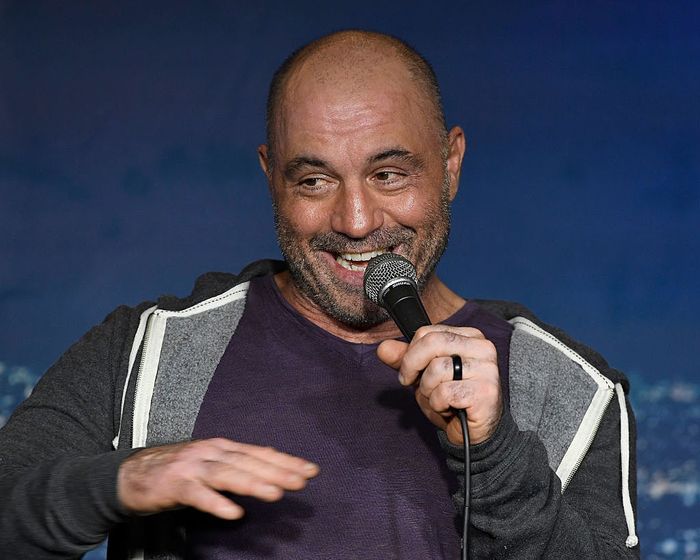 What that means: Starting September 1, full audio and video of The Joe Rogan Experience will be available on Spotify-and it'll be pulled from all other platforms before the end of the year.

What that really means: Spotify is quadrupling down on podcasting. Over the past two years, Spotify bolstered its podcast chops with acquisitions of The Ringer and Gimlet Media, and it's recently inked deals with marquee names like Amy Schumer. By nabbing Rogan, Spotify isn't just continuing its wrestling match with pod incumbent Apple, it's breaching YouTube's turf.

The move is well-timed. According to eMarketer, consumers are shifting their gaze to video over audio in the quarantine era.

Powell, Mnuchin Circle Back With Senators

Yesterday, Treasury Sec. Steve Mnuchin and Fed Chair Jerome Powell underwent a joint performance review. The Senate Banking Committee questioned the pair via videoconference on how the $2.2 trillion relief package, aka the CARES Act, played out in its first public update.

Daily global CO2 emissions fell 17% by early April over last year's average, according to a new study published in the journal Nature Climate Change. Such a drop could be the largest on record, the authors conclude.

By the end of 2020, the study predicts total emissions could drop between 4% and 7%, depending on the path of recovery.

What happened: Nothing. Nothing happened. Major sources of carbon emissions-cars, planes, factories-all stood still as governments implemented lockdowns to reduce the spread of COVID-19. Drilling a little deeper…

Well, no. This major dip in emissions is what your stats professor might call an "outlier," and not representative of long-term trends. After all, shutting down your economy because of a global pandemic is "not the way to tackle climate change," explains the study's lead author.

What do the following dates + names represent?

Retired hurricane names in the Atlantic by year. The NOAA retires a name if "a storm is so deadly or costly that the future use of its name on a different storm would be inappropriate for obvious reasons of sensitivity."
Region
Global / All Content
United States - Northeast
United States - South
United States - West
United Kingdom
Log in or register to post comments