Transitioning from RE law—>acquisitions or development?

Hi all, long-time reader, first-time poster. I'm a commercial real estate lawyer with a couple years of practice under my belt. I'm looking to transition to the business side of RE, as the long-term goal is to eventually own or develop my own properties. I just wanted some input from the more experienced posters here on which role is "better" to gun for given my experience.

For background, my undergrad degree was in finance and my legal practice entails about 40% acquisitions, 30% leasing, 20% development/construction, and 10% odds and ends (real estate licensing questions, random zoning questions, etc.). I'm having trouble deciding whether to try to switch to development or acquisitions. From what I understand, development is more project management while acquisitions is more finance-heavy(number crunching). I'm definitely rusty when it comes to the numbers side but I'm taking Excel courses right now to brush up (I'm not Argus certified). I'm not sure if I wanna do development long-term but I feel like development might be a better place to start to really learn the ins and outs of RE, and that would it be easier to go from dev to acq than vice-versa. I'm mostly interested in industrial and multi-family RE.

Tl;dr: real estate and construction lawyer looking to switch to business side. Is development or acquisitions a better place to start for someone with a legal background? 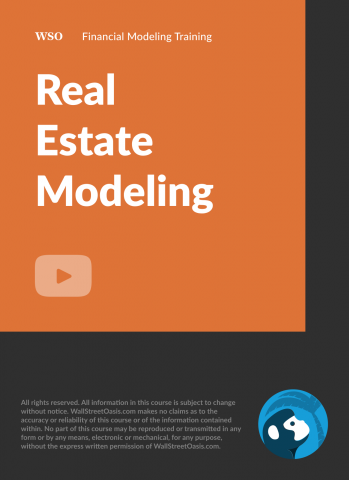 I have to say, I've been fairly active responding to posts on this forum since start of the 'rona (my substitution of commute and air travel time habit), and it just occurred to me that this is the first Law to CRE transition post I can remember! I only remark this since so many lawyers I've known who do re law want to transition; so first OP, know that you are not alone and I've know many people in the business with JDs and spent some (sometimes tons) years in active practice before switching.

First broad question since you don't mention, are you open to joining a principal firm as an in-house? Or do you want to ditch law altogether and "re-start" your career per se (i.e would take an associate position if offered). I'm not a lawyer, so I don't even want to pretend to give advice here... just I know that one move is more "lateral" and the other is a real "jump/transition" (which means a downshift could be needed potentially).

Other point, development vs. acquisitions isn't really a good way to frame this question. One is a business model/strategy (development) and the other a step/process in principal real estate activity (acquisitions). All developers have to do acquisitions before they can "develop" anything.

Still, I get what you are saying.... you are seeking opinions on focusing on development roles vs. traditional "finance/transactional" roles in principal shops.

So, I'll point out what I think should be obvious, development is an inherently legally intensive business. Contracts everywhere (buy/sell, leases, GC/CM) and complex agreements to build (easements, permits, dev agreements with cities) and massive legal issues just to start (zoning, land use, enviro reg, etc.).

Principal investing activity that involves buying "stabilized" assets is far more streamlined, but can still have tons of legal stuff (LP/GP docs, loan docs, fin reporting, etc.) plus all the applicable stuff from the development list. EDIT - Developers have all this stuff equally of course.

Clearly, you know that, since you are being paid as a third party to do that stuff. So, where do you think you fit best?? Are their clients you would want to work for??

You can try and go study up on excel/argus, but honestly, is your personal highest and best use at this point really going to be financial modeling? A base level skill that a decently intelligent UG can pull off and will probably "out model" you due to being more recent in use...

I wouldn't run from law, I'd capitalize on it. Real estate is a legally intense business, we all become amateur lawyers at some point (doesn't mean we become good ones... but you are fucked if you can't read a contract by year five in the biz). It's just a matter of figuring out where you want to fit in, lots of teams would love to have a lawyer onboard, even if not as a true "in-house".

Thanks for the detailed response redever. Although I think my legal experience will be helpful in either development or acquisitions, I'd prefer to make a full-on switch (even if that means an initial pay cut) and use my legal skills as needed, instead of lateraling to an in-house legal role. As mentioned, my ultimate goal is to own or develop my own real estate, and I think that actually working on the business side and analyzing an acquisition or managing the development process from beginning to end would be more helpful for that than focusing most of my time on the legal aspect of RE. I definitely agree that spending my time on Excel probably won't be a huge value-add, but I feel like most of the job postings I've seen for acq/dev over the past year or so require quite a bit of financial analysis in Excel, so I'd like to at least brush up on those skills if needed. A hybrid finance/law role would be ideal, but I find that's a bit of an uphill battle, as most HR people I've talked to at development or pure acquisition shops just want to stick you into either a business or in-house legal role.

That all makes sense, I suspected you were not that interested in the in-house roles or you would have said so.

I would agree you should get your excel skills up, but still I wouldn't attempt to showcase them as your selling point (so basically, you can stop reading all those WSO posts that feature such a strategy IMHO).

I think getting a job via the traditional HR driven recruiting process will be difficult, by nature, people looking to transition/jump, even if from closely related field are not going to be well served or understood in most cases (they look for square pegs for square holes).

You need to be very intentional by contacting people at firms you would to work directly. Be tactical, approach firms where your interests and abilities seem to align. This is a doable transition, but you need to drive the ship aggressively for best chance of success.

Thanks, that makes sense. Some of the postings I've noticed for both RE and acq jobs on LinkedIn, that many do mention that a background in law is one they're looking for, although I agree with you that HR is likely looking to take the path of least resistance (i.e., hire a recent grad or a person who's been working in an actual Dev or Acq role for a few years instead of the lawyer who might be rusty with numbers or who might want too high of a starting salary). I've only applied to a select few business roles where they specifically mention law as an ideal background, but I do agree with you that networking and targeting firms directly will likely be more beneficial. I've started speaking with friends in Acq and Dev at some of our clients about the possibility of lateraling, although I haven't made my intentions super clear yet because of confidentiality concerns at my current job (and some issues around timing with some upcoming events in my life).

He is really dropping these precious gems of knowledge! He deserves a wso t-shirt!

The principal at my shop (GP owner/operator) started in law and eventually transitioned into acquisitions before raising his own funds. He's absolutely killing it, the guy prints capital now.

One of the persons I met at one of the largest firms started at a law firm that had the REPE as a client and eventually transitioned over. She wore many hats asset management/acq/ and now a Portfolio manager.

I know of a few land use attorneys who transitioned into the business side of development firms. I suspect it would be a bit more difficult as a transactional attorney. The real "issue" here is that I would guess that you would be taking a pay cut to get in the door which is why there are probably so few transaction attorneys (that I know of) who make the change. Land use -> development is a more seamless transition.