some great fights coming up ladies and germs! who ya got?

other fights you've got your eye on?

268: Usman by UDec, I think the refs will be very careful to stop this fight early and a part of me doubts Colby can get KO'd given his cardio. I think Usman wins 3 or 4 rounds convincingly, but idk if he gets the stoppage.

THUG ROSE!!! hopefully we get to see her kick ass for more than a few seconds this time. better dead than red LESSSGOOOO

Gaethje is a monster that people are sleeping on, Chandler did VERY well against Oliveira, but Gaethje will be the best wrestler he's ever faced, has great cardio, and will likely chop his legs off. Gaethje by UDec

269: Poirier is at his prime. Oliveira wouldn't have gotten the shot were it not for Dustin taking the money by embarrassing Conor. Poirier's BJJ is VERY good (go back and watch his guillotine of khabib, he nearly beat the LWGOAT), and I think while oliveira is a disciplined striker, dustin is better in every way apart from BJJ credentials. Poirier by TKO, R4 or 5

the only way amanda nunes loses at any weight class is if GSP comes back as a tranny, Nunes in R1

I like masvidal, and I think he wins here, but I expect something to go wrong. maybe it's an eye poke, maybe it's a weight cut issue, maybe it's an early stoppage, but this fight will likely be the most controversial one after the night is over. these guys will never be WW champions (I think Chimaev steamrolls the division after Usman decides to move up to 185), but they will be relevant

really excited about cruz munhoz and edgar vera. I was excited to see if rockhold could return, but he just herniated a disc, so maybe his UFC days are truly over

any fight fans out there? or are all of you just casuals who like conor mcgregor, nate diaz, jorge masvidal, and laura sanko (OK OK OK I like laura too)

I agree your picks. Chandler and Gaethge will be a war. Porier will be champ when its all done. Rose is literally one of my favorite fighters ever. Will always root for her.

Cant wait for Gane vs Ngannu that will be a great fight. Tom Aspinal looks promising, hope he goes far. 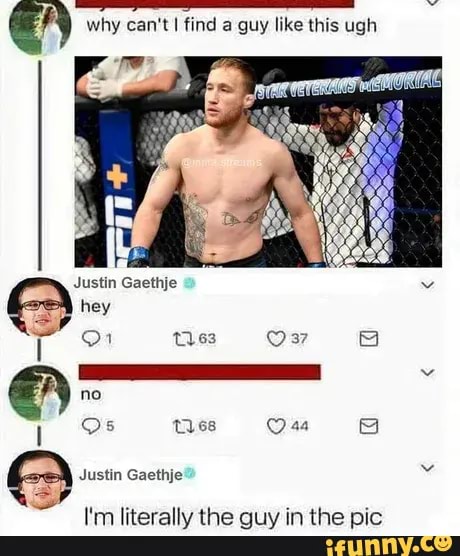 Usman has been too dominant recently..... Colby only beat up a beaten up Tyron Woodley. USMAN 3 RD TKO. Rose is too slick for any woman not named Valentina or Nunes (thankfully different weight classes). Justin G should take the fight. Chandlers chin is suspect and Justin can easily weather the storm. Poirer is my most confident pick here as his striking might be top 5 in the UFC and he'll catch Olivera early in the fight. Nunes VS Pena.... Really? Call me crazy but Masvidal is beating Leon in a stand-up fight. 3 Piece and soda is coming back.

Usman's a certified killer, only way I can see Colby win is by decision if he consistently throws more volume than Usman and Usman fails to land any big shots that Colby reacts to (highly unlikely)

Weili vs. Thug Rose, honestly 50/50 - feel like Weilis going to come back in the most savage way possible but wouldn't mind hearing DC have another verbal orgasm over a Thug Rose win

Masvidal makes it a dirty fight which isn't quite Edwards style - but then again he fucked up Nate Diaz so I wouldn't be surprised if Masvidal's face gets carved up curtesy of Leon's elbows. If it goes past the second round I think Edwards wins by decision but there's a good chance Masvidal's thinking of giving him the Ben Askren special for the clout

Why does EVERYONE sleep on Leon edwards. Man is underrated af

I don't see Usman losing. I think the Khamzat fight would be interesting, but it seems like Usman is already tuning out and wants a Canelo boxing bout. He seems much less determined than Cloby and that can be a huge factor.

I want Chandler. Both him and Gaethje have insane knock out power and come from wrestling backgrounds. Chandler is much more explosive and smaller. It will be interesting how GAaethje uses his super effective leg kicks because Chandler has had issues with them in the past. Not sure if Chandler can with stand wars when Charly Olives Ko'd him.

Chandler. Gaethje is not as unorthodox as Oliveira. Chandler won the staredown.

Mid-20's crisis
+150OFFby Pizz
Learn some manners
+132OFFby Archivesofthepast
Happy Thanksgiving - what are you grateful for?
+99OFFby thebrofessor
Early 20s done with going out?
+70OFFby Research Analyst in AM - FI
What’s the next burgeoning asset class?
+53OFFby Analyst 1 in IB-M&A
EDM Music is for People Dead on the Inside
+52OFFby Associate 1 in RE - Comm
Build Back Better Plan
+39OFFby Intern in Consulting
Drop some music recommendations
+34OFFby Analyst 1 in ER
Hinge Reluctance
+33OFFby Analyst 2 in AM - FI
How to avoid work taking over your personality?
+31OFFby Associate 2 in S&T - Comm
END_OF_DOCUMENT_TOKEN_TO_BE_REPLACED