Why You're So Easy to Replace

Mod Note (Andy): Best of Eddie, this was originally posted in 2010. To see all of our top content from the past, click here.

"The meek shall inherit the earth, but not its mineral rights." - John Paul Getty

After a particularly brutal day at the office, you might go home feeling like you're nothing more than a tiny cog in a vast investment banking machine. Hours of mundane labor leave you feeling like your contribution will never be recognized. You wonder if you've made the right career decision, and you wonder how much longer you can stand being just a cog in the machine.

You need to take a deep breath, relax, and quit flattering yourself. Even on your best day, you're not a cog in the machine. When a cog breaks down, people actually notice. You're more like the sandy bit of grease that gets squeezed out between the cogs. Completely expendable, and wiped away with as much thought as any other industrial nuisance.

Get ready, because I'm fixin' to lay some ugly truth on you.

I was inspired to write this because of a recent spate of posts written by you guys about the various screw jobs you've been forced to endure as a junior guy in this industry. VaTech4Ever just got his dream offer yanked because he broke his leg. D-Rock got hosed (BIG time) on his bonus after the hedge fund he trades for had a banner year. And who could forget a panic-stricken blumie when his boss refused to reimburse him for $8,000 in research reports he paid for on his own credit card?

G.K. Chesterton has perhaps the best definition of Capitalism that I've ever read. The fact that he penned the definition 100 years ago makes it no less applicable today. He described Capitalism thusly:

Capitalism is that economic condition in which there is a class of capitalists, roughly recognizable and relatively small, in whose possession so much of the capital is concentrated as to necessitate a very large majority of the citizens serving those capitalists for a wage.

The class of capitalists to whom he refers we know of as the guys upstairs. You know the guys. The guys who make a figure roughly equivalent to your annual all-in comp over the course of a conference call. The guys who pretend you don't exist when they're forced to share an elevator with you. The guys who wouldn't piss in your mouth if your guts were on fire.

Because of the choices you've made to this point, you represent an expense to those guys. And they hate expenses. Expenses limit the number of Murcielagos they can buy, and the number of illegal aliens they can hire to wax them. You might as well be raining shit down on their happy little parades with your expectations of a living wage.

The expense of your salary is largely ignored during good times (though the bonus system is still designed to engender animosity, disappointment, and the cannibalistic urge to destroy fellow peons in the junior ranks. How else would you explain the buckets?). When the hard times roll around, however, your salary and bonus are viewed as the Achilles heel of the firm, and the wholesale slaughter of lower-rung guys is de rigueur at the first hint of a missed quarterly target.

The guys upstairs consider you eminently replaceable. Believe me, if they thought a call center in Bangladesh could produce decent pitchbooks, you'd be out on your ass already. Remember how tough it was to break into the industry? Well, there are tens of thousands of kids right behind you laboring under the mistaken notion that Wall Street is the promised land, and the guys upstairs are pretty sure they'll work cheaper than you.

In case you have any doubt about the food chain, over 20,000 Lehman employees got laid off while Dick Fuld and 4 other top execs pocketed over $1 billion in comp. Bear Stearns laid off thousands as well, while the top 5 guys there walked away with $1.4 billion. They got rich and flooded the market with experienced talent willing to work cheap. That's why, even after recording profits bigger than 2007, analysts all-in comp today is still only two-thirds of what it was then. That's if you're lucky enough to even have a job. 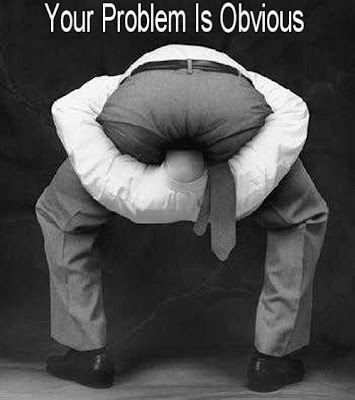 You make it too easy for them.

Investment bankers are a risk averse bunch. Don't get me wrong - they're willing to take deliriously stupid risks with other people's money. But they expect their own paycheck to arrive on time and not a penny short, as though they punch a clock in a factory.

Investment bankers all attend the same schools, where they attend the same classes. They think alike, dress alike, and have a bilious distaste for anyone who doesn't conform. Non-conformity frightens them. They spend good money to buy the kind of job where you can make six figures with little effort as long as you fly under the radar.

Investment banking is the pinnacle of employment for mere mortals. It doesn't require physical labor, it pays ridiculously well relative to effort, and enables those with no extraordinary skills to make an extraordinary income. But it is employment nonetheless, which means you make that extraordinary income at another's whim. As fast as that whim can change, your life can be turned upside down.

You're easy to replace because you think like an employee. You want to come to work, have someone tell you what to do, do it, go home at night and do it all over again the next day. You want to repeat this process daily for years, move up the ranks, and make more money along the way. Sure, it's mind numbing and soul destroying, but there's no risk, right?

If this sounds like your game plan, you suffer from a common condition known as Cerebral-Anal Hypoxia. In other words, you've got your head so far up your ass that it's choking you out. It's time to drop the lemming act and start looking out for Number One, because right now you're relying upon the kindness of strangers. Strangers who don't give a frog's fat ass about you and your family.

You're an unrestricted free agent.

It's time to quit thinking like an employee and start thinking like the CEO of You, Inc. In the game of life, you're an unrestricted free agent. What you do in this life is entirely up to you. Maximize your personal profit. If that means your objectives temporarily align with your employer's, so much the better. But never forget that your objectives have to come first.

Just about every employer will extol the virtue of teamwork, tell you that there's no "I" in "team", and tell you that a chain is only as strong as its weakest link. And I'll admit that there is value in pulling together with others - as long as they're pulling in your direction. But do yourself a favor and consider the source.

Was Dick Fuld playing team ball when he bankrupted Lehman and skated with hundreds of millions of dollars while thousands of employees got the shaft? The guy didn't have hisbb/business/july-dec09/solmanlehman_09-14.html"> own private elevator because he felt any solidarity with his employees.

I mean, Richard Fuld, they had a private elevator. His driver would call Lehman Brothers at the front desk, and the front desk attendant would press a button, and one of the elevators in the southeast corner of the building would become frozen. A security guard would come over and hold it until Mr. Fuld arrived in the back door. He comes in through the back door, so there's only like 15 feet where King Richard Fuld is exposed to the rabble, I guess you'd call us.

Look, it's not your fault that you have an employee mentality. Ever since the Industrial Revolution, big business has colluded with the education industry to churn out an endless supply of consumable resources in the form of employees who have been trained to work for a wage. Like any other consumable, these employees are used up and then discarded in favor of newer, cheaper consumables.

If you want to transform yourself from a consumable to an asset, you need to become a free agent. A free agent can sell himself to the highest bidder, negotiate the terms of his employment, and maximize his personal income. But free agency requires a shift in thinking, and a willingness to shoulder some personal risk. Time for a check-up from the neck up.

No one is looking out for you. That's a cold, hard fact. You are on your own in this world. And you don't have any golden parachute waiting for you. You've got a box full of your shit and a security guard walking you out. (side note: When you really screw the pooch, they send two security guards for you, just in case you flip out. Good times.)

So what can you do about it? I'm glad you asked. You need to re-wire the way you think about earning a living. There's nothing wrong with being an employee, as long as you recognize and embrace the transient and impermanent nature of employment. Use that to your advantage.

Learn to view everything under the lens of whether it moves you closer to your goals or further from them. Sit down and figure out what is the worst thing that would happen to you if you lost your job, and be honest with yourself. Sure it would suck, but it certainly wouldn't be the end of the world.

When you can go into a job interview and pity the interviewer because you know that he needs the job but you don't, that's power. And it's power that comes across in an interview. With that in mind, here are a few steps you should take to get your head in the right place:

Time to wrap this up.

In the immortal words of Drill Instructor Sergeant Martin (a man I still have the occasional nightmare about), "It's a dog eat dog world, boy. Somebody gotta get fucked."

Best Analyst you’ve ever seen?
+69IBby davegrollman
Never been in a fight. Not a man?
+58OFFby Intern in RE - Comm
NON-TARGET TO BANKING FORMULA: 100% SUCCESS RATE (so far)
+44JOBby TiltedMonkey
Exit opps: I've crunched the previous work experience of 390 PE Associates..
+39PEby VP in PE - Growth
Medical School --> IBanking
+32IBby micoluvr
Impossible to date people in chiller fields
+28OFFby Analyst 1 in Consulting
Worried about getting an IB job after an arrest?
+26IBby ibpotential
To those working in IB, what makes you feel inclined to respond to a cold email from a non-alumni?
+22IBby Intern in IB - Gen
Morgan Stanley - PAY RISE!
+22IBby Analyst 1 in IB-M&A
Thank you, Mom and Dad
+22OFFby Solow123
END_OF_DOCUMENT_TOKEN_TO_BE_REPLACED