The Only Vegas Show More Popular Than Cher

The world's biggest consumer tech event is here. CES (formerly the Consumer Electronics Show) doesn't technically start until Tuesday, but the hype machine is knocking and we will submit.

What began in 1967 as a small gadget fair is now a much larger gadget fair. 170,000 attendees are expected to head to Las Vegas for a glimpse of the future in fields like 5G, transportation, and virtual reality from 4,500 exhibiting companies. A Trump will speak (Ivanka).

...is something you often hear these days. It's true, the biggest players like Apple, Samsung, and Amazon all have their own events for launching flagship products. Microsoft is MIA.

But in its current iteration, CES offers a platform for "non-tech" companies to prove they know their way around a circuit board. Just look at this year's keynote lineup, which features execs from Delta Air Lines and consumer goods giant Unilever.

The framing, too, is different. While the public used to worship at the altar of tech, consumers are "increasingly interested not just in seeing new gadgets, but in how new products affect security, privacy and human rights," Axios's Ina Fried writes.

There will definitely be gadgets, though

Looking ahead...we'll provide updates on the biggest (and weirdest) announcements throughout the week. You can also sign up for our Emerging Tech Brew newsletter for on-the-ground news from Vegas.

With this new year came a spike in Google searches for "draft age." That's because a U.S. airstrike killed top Iranian general Qassem Suleimani, and Iran vowed to retaliate.

One form that retribution might take? Cyberattacks, experts say. Over the past 10 years, Iranian hackers have proven they can throw a serious wrench into U.S. company operations.

In 2012 and 2013, Iran responded to U.S. sanctions by taking aim at Wall Street. State-backed hackers inundated major financial institutions' websites with traffic, forcing them to shut down.

In 2014, Iranian hackers launched a malware attack on the networks used by Sheldon Adelson's Las Vegas casino after the mogul suggested the U.S. should drop a bomb in the Iranian desert. It cost at least $40 million to recover.

Philadelphia Fed Is Not Handling the Eagles Loss Well 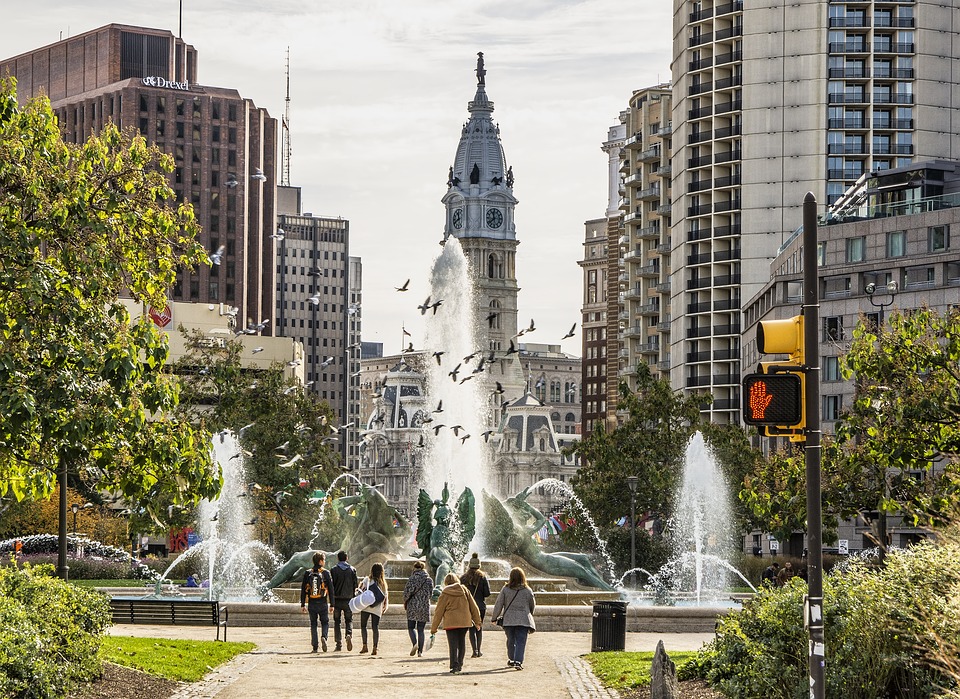 Last week, the Philadelphia Fed published a report that projected nine states' economies will shrink in the next six months, the largest number of states at risk of contraction since July 2009.

West Virginia's facing the biggest hit, and Pennsylvania's expected decline would be its steepest since May 2009. That could be bad news for President Trump, who's facing reelection and won Pennsylvania by the skin of his teeth.

Zoom out: Every month, the Philadelphia Fed releases six-month growth projections based on figures like housing permits, initial unemployment claims, interest rate spreads, and manufacturing data from the Institute for Supply Management.

Bright side: This means the bank expects 41 states to grow and the national economy to maintain its record expansion, with support from low interest rates, a gangbusters labor market, and a pending "phase one" trade deal with China.

If you see your single coworkers in finger splints this morning, cut them some slack. They were ferociously swiping yesterday on Dating Sunday, the busiest day of the year for online dating platforms.

What's going on? The first Sunday of January has all the ingredients of a potent love elixir. Sunday is already the most popular day for swiping, Valentine's Day is fast approaching, and singles just made New Year's resolutions to find the Morning to their Brew.

Zoom out: Online dating is big business. Match Group, which owns apps like Tinder, Hinge, and OkCupid, posted revenue of more than $1.7 billion last year (mostly thanks to Tinder). Match is currently being spun off by holding company IAC.

Looking ahead...for those stuck on an opening line today, "Do you read Morning Brew?" has always worked for us.

It's the first week of 2020, and it's definitely not too late to write down your resolutions.

Thursday: State of American Business address by the U.S. Chamber of Commerce

Sometimes we draw a blank. Can you help?

4. NYT slogan "All the news that's fit to print"

Paying it forward - thanks everyone
+267IBby electrictuketspiel
What do you wish you knew when you were younger?
+251OFFby thebrofessor
OSU for free or ~260k in debt
+241IBby bpf12345
Most Unignorable Cold Email for people with Massive Balls
+141IBby Fast and Fiduciary
Thanks to IB long hours, I officially have angina
+88IBby Associate 1 in HF - Event
What do you love about Japanese Anime?
+84OFFby Bizkitgto
PE is the new IB - IB is the new Big4
+84IBby baddealflow12
Calling PMs/buyside Analysts - The whole China thing
+81HFby thebrofessor
Litquidity Target School Ranking
+78IBby chocolate_obliteration
$4MM...Quit rat race and become an owner operator? WWYD?
+73REby Associate 1 in RE - Comm
END_OF_DOCUMENT_TOKEN_TO_BE_REPLACED