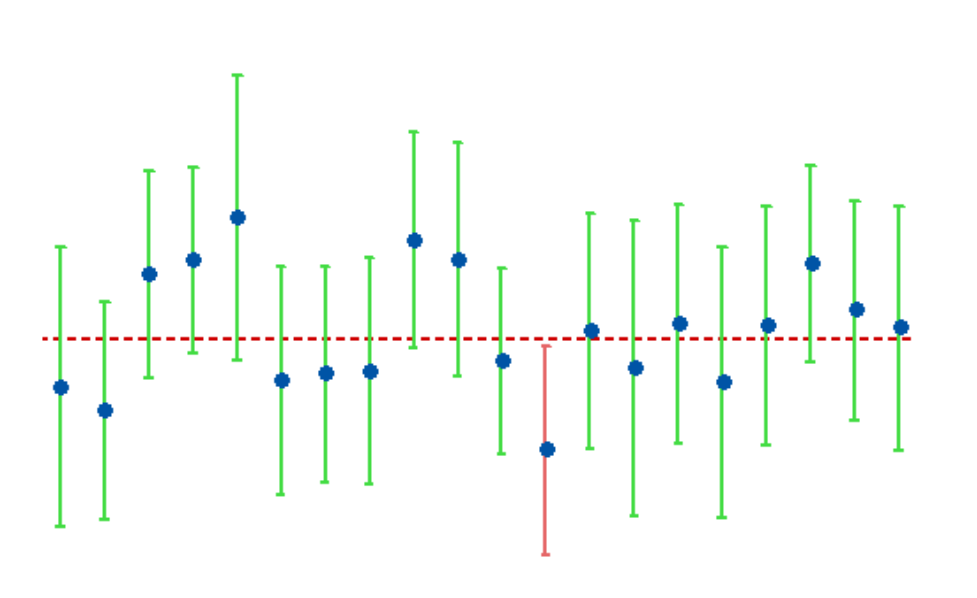 In simple words, the probability of an estimate of how well a study's metric describes the behavior of your entire user population is provided by the confidence-interval calculation.

These intervals generally lie between the upper and lower bounds and are symbolized by percentage. These percentages demonstrate the confidence levels. The confidence level is the long-run fraction of related CIs that contain the parameter's real value.

The confidence level, sample size, and sample variability are all variables that have an impact on the CI's breadth. A bigger sample would result in a smaller confidence range if everything else remained constant.

The proportion of potential samples that are anticipated to include the true population parameter, i.e., how frequently you repeat the experiment or resample the population in the same manner, to obtain an estimate that is close to it. 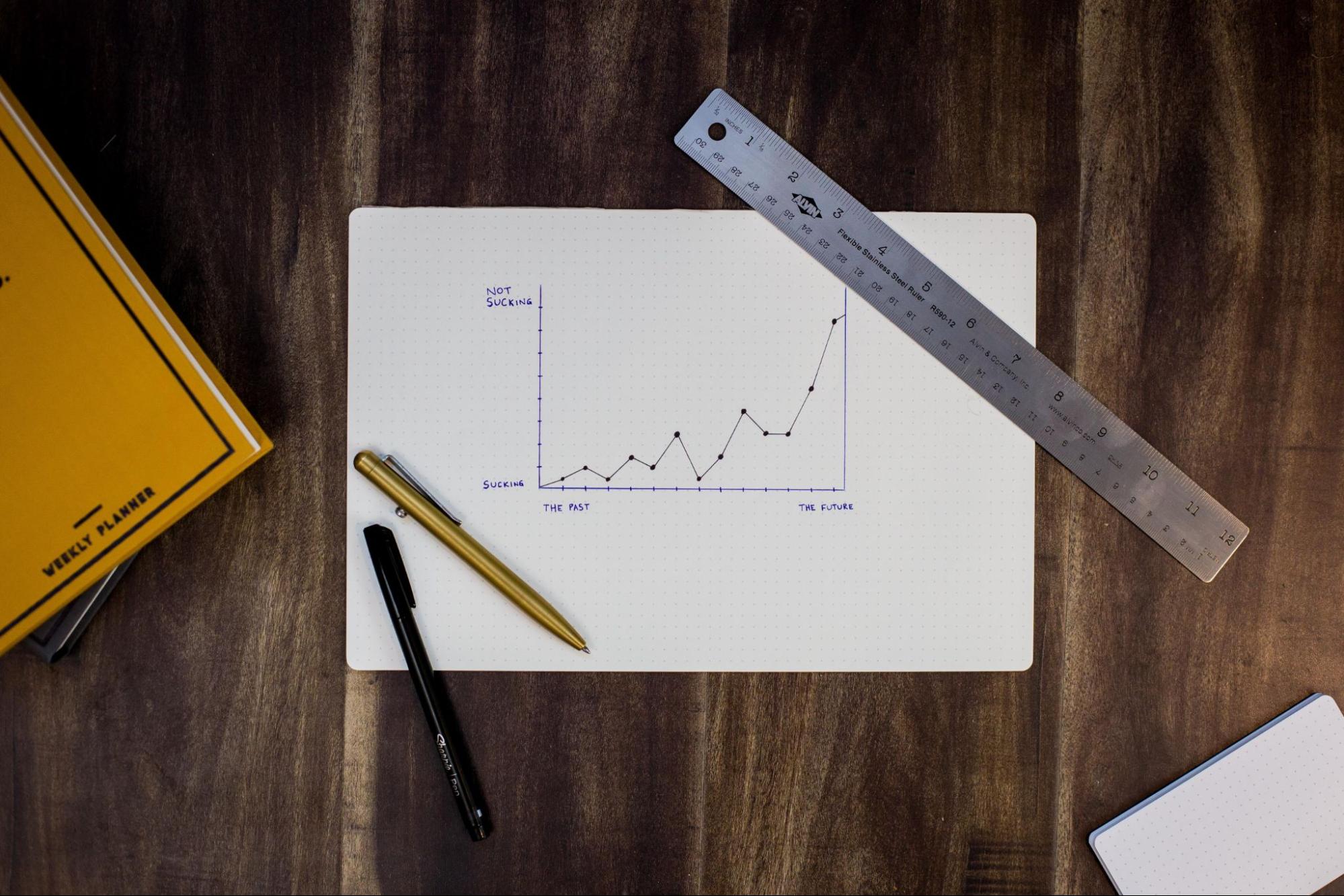 For example, if the value of the confidence level is 99%, then out of hundred samples are taken, 99 of them would have the parameter's true value. The commonly used levels are 90%, 95%, and 99%.

Interpreting the intervals can sometimes be difficult as people phrase it in various ways. This can be assumed as

That there is 99% confidence that the actual value of the parameter will fall within the upper limit and the lower limit in the future.

This does not mean:

There are two kinds of CI's that can be used for estimating the mean:

The Margin of Error (MOE) is an indicator of the extent of random sampling error in survey findings is the margin of error. A poll's ability to accurately represent the findings of a survey of the complete population should be questioned the greater the margin of error.

If the outcome measure has a positive variance, this means that the measure fluctuates, or the population was not entirely sampled.

The formula of Margin of Error

Zc= is the critical value using the z-score and

It is termed to be the measure of uncertainty. This method is often used for research-based projects like clinical trials. This can be represented as how "acceptable" the estimation of a trial is. 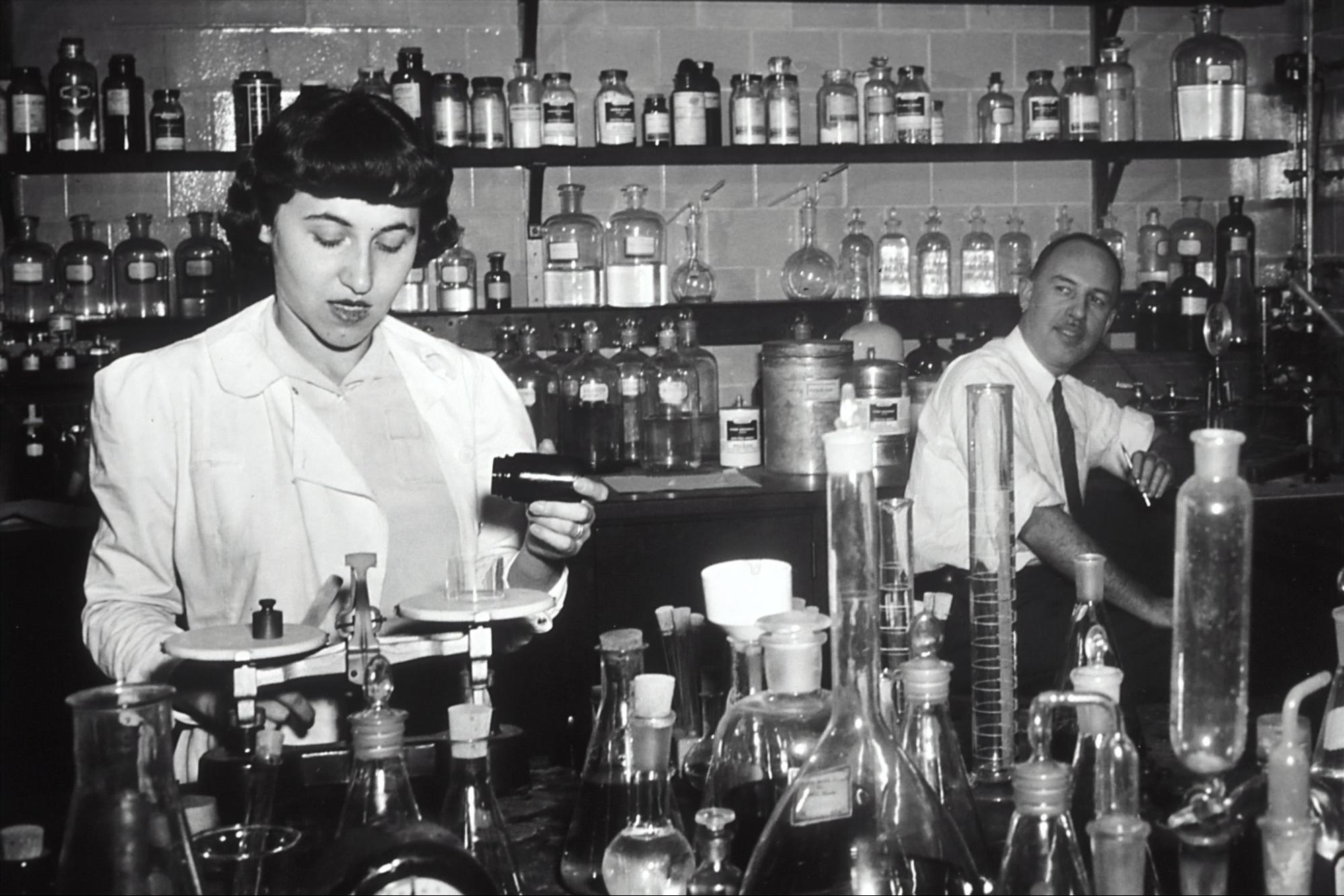 There are mainly two ways to derive the interval:

Traditional approach: This is the historical/mathematical approach of solving the trial data by the use of a statistical T-test. 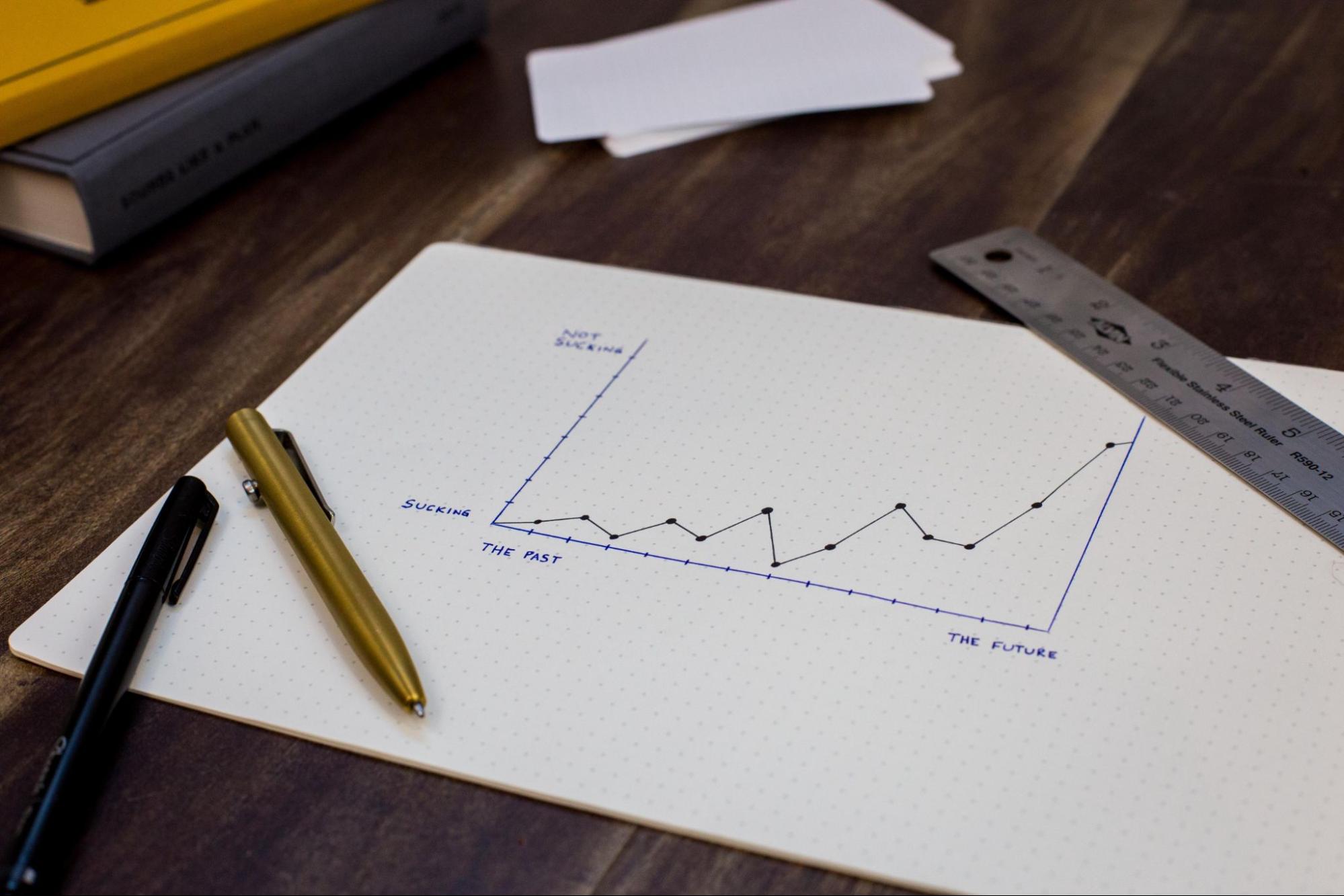 Computerized approach: This technique is by bootstrap resampling. Bradley Efron first defined this lucid yet powerful method. A single set of observations is used to generate several resamples (with replacement), and each resamples effect size is calculated.

These illustrations are to be solved using the above-mentioned steps. These will include both using a z-score and t-test with different confidence levels.

Zc here is the critical value of the confidence level from the normal distribution.
The most commonly used critical values are as follows:

Question: There are 100 cities listed for a survey of using radios by college students. The mean of this survey resulted in 3 cities, while the standard deviation was 0.5. Use this information to calculate a 95% confidence interval for the mean of the cities still using radios. 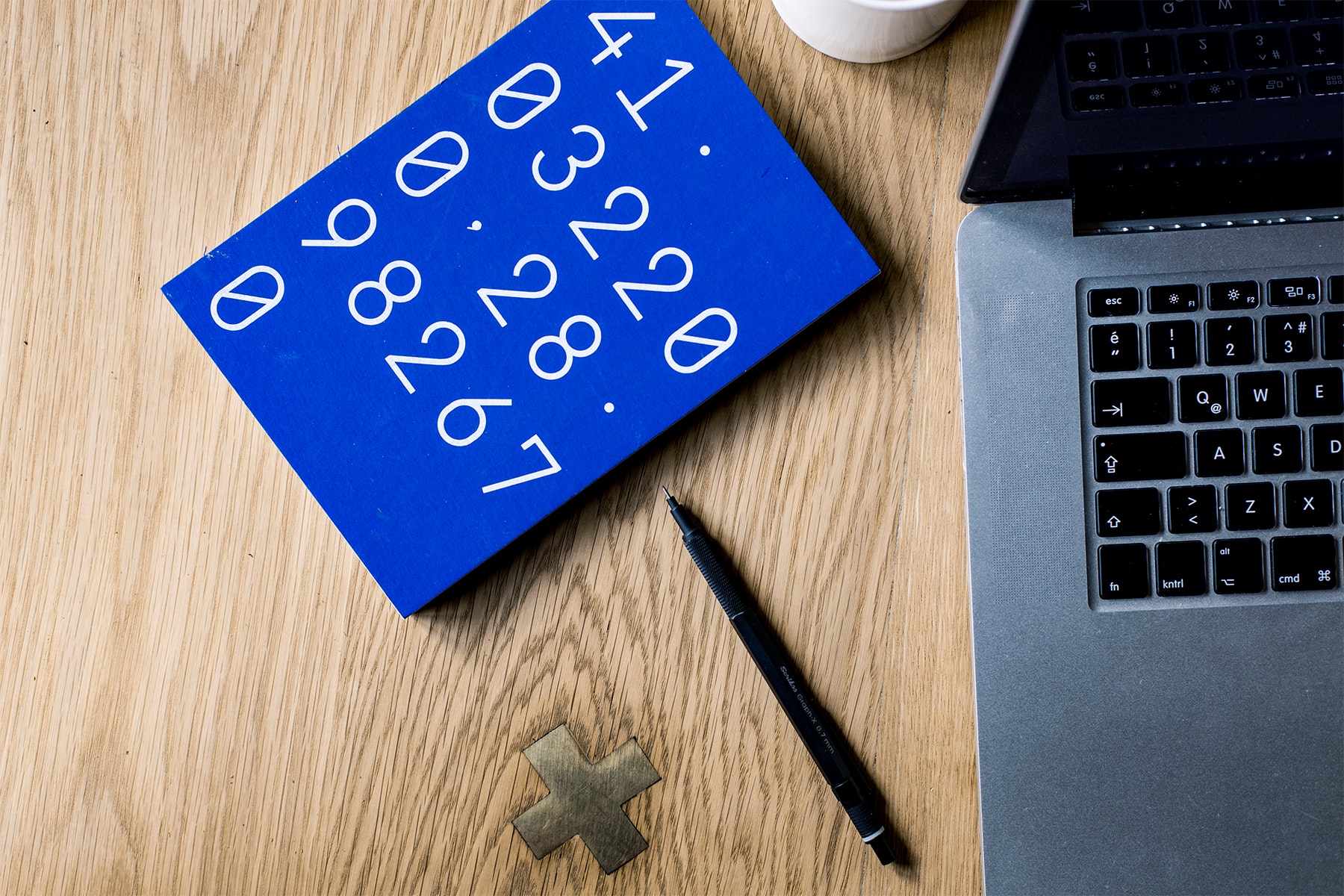 In this case, it can be assumed that the survey is 95% certain that the mean of the cities still using radios will fall between 2.902 and 3.098.

Tc  here is the critical value from the t-distribution, while s is the standard deviation.

In this case, n is the sample size used to find out the degree of freedom(df).

The number of values in a statistic's final computation that is subject to change is referred to as its degrees of freedom.

Question: Suppose that a sample of 41 employees at a large company was asked how many hours a week were inefficient. The mean number of hours is 12.4, with a standard deviation of 5.1. Calculate a 90% confidence interval to estimate the mean of the time, which is inefficient per week.

While calculating through t-interval, the critical value is found using the t-tableº.

In this case, it will be interpreted that the survey is 90% optimistic that the mean of the inefficient time will fall between 11.042 and 13.758.

Question: Suppose that there is a drug trial of 26 people for the side effects of the drug. The mean number of hours is 9.5, with a standard deviation of 5.1. Calculate a 99% confidence interval to estimate the mean of the time, which is inefficient per week.

Here, it will be interpreted that the survey is 99% certain that the mean of drug trialed people for examining the side-effects will fall between 6.657 and 12.343.

Using the CI, a statistician may assess how well research predicts the entire population's behavior. There must be a matching CI for every research outcome variable, including success, task duration, number of mistakes, and other parameters. 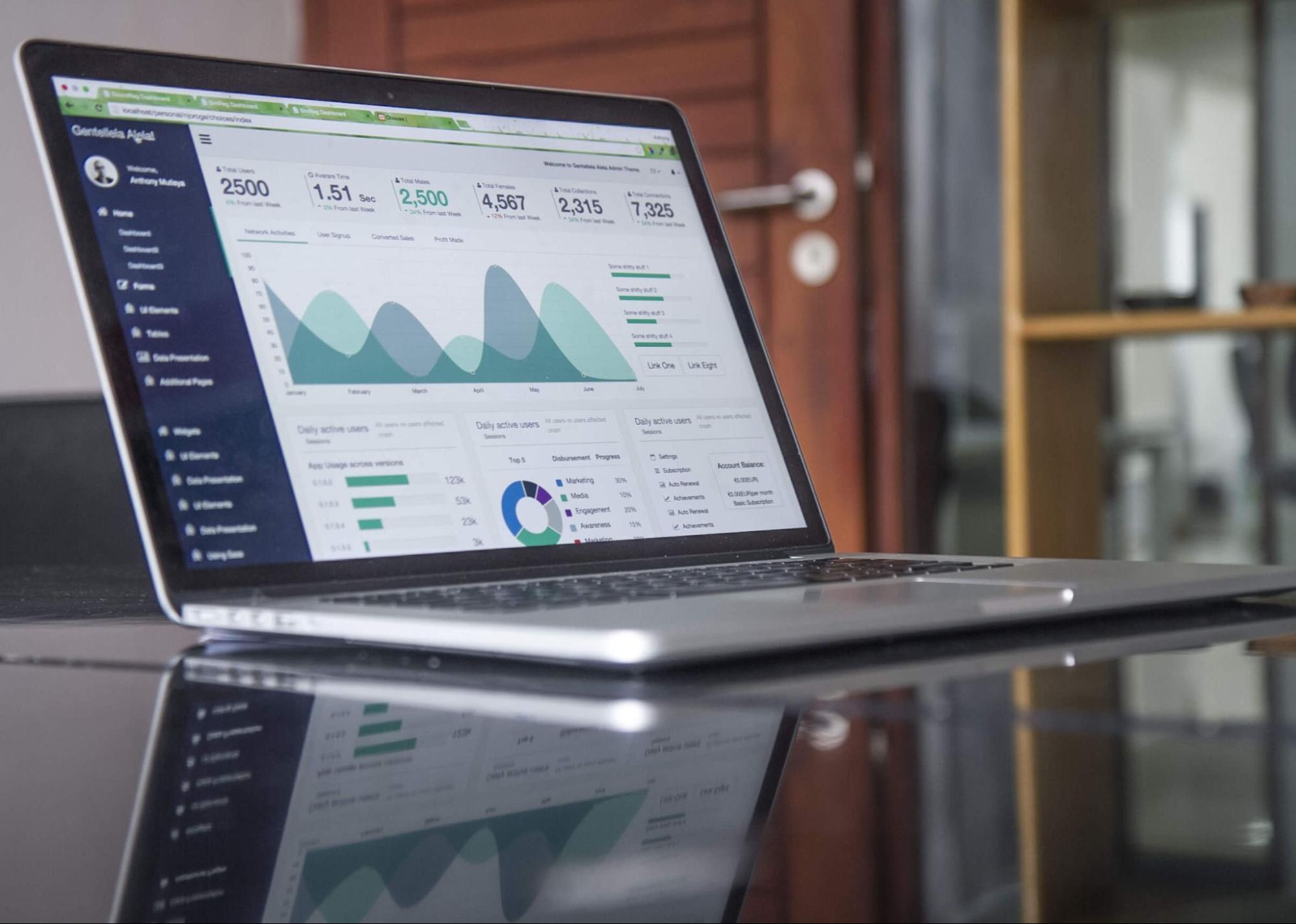 Although more desired and containing more information, narrow intervals typically call for bigger sample sizes. Because of this, it is doubtful that small research results would accurately reflect all users' behavior.

Where is it used?

Researchers use this to assess the level of uncertainty in a sample variable value.

For instance, to determine how each sample could accurately reflect the real value of the population variable, a researcher randomly picks many samples from the same population and computes a confidence interval for each sample.

All of the generated datasets are unique, with some intervals including the real population parameter and others not.

What is Hypothesis testing?

The plausibility of a hypothesis is evaluated using sample statistics in a process known as hypothesis testing. A data-generating process or a wider population may be the source of such statistics. 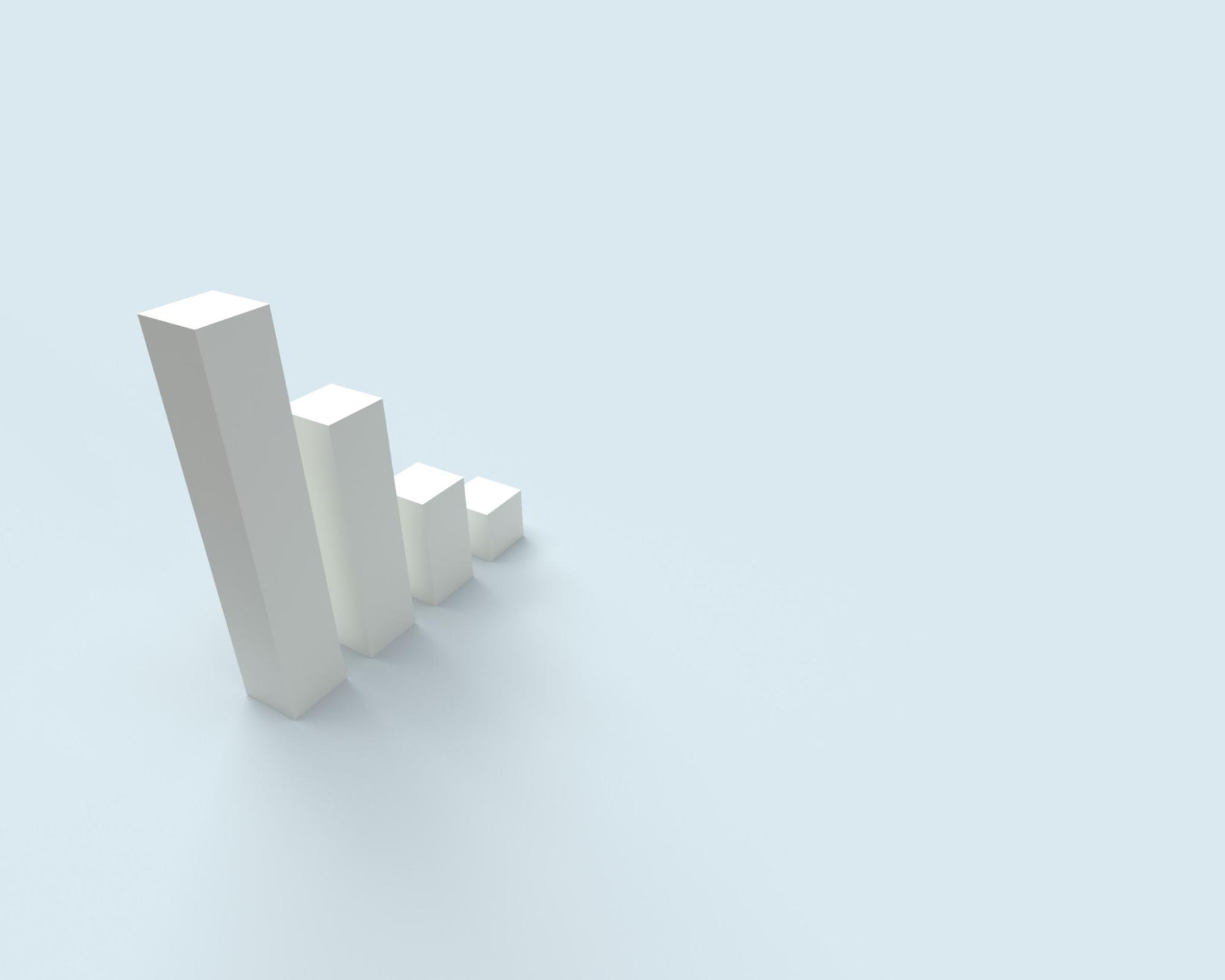 Statistical analysts can assess a theory by measuring and examining a representative sample of the population being studied. Each analyst tests the null and alternative hypotheses using a random population sample.

The alternative hypothesis is practically the opposite of a null hypothesis (e.g., the population means the return is not equal to zero). Since they contradict one other, neither can be true. However, one of the two hypotheses will always be true.

The significance level, commonly referred to as alpha or, is a gauge of how much evidence must be present in your sample for you to reject the null hypothesis and determine that the effect is statistically significant.

Before starting the experiment, the researcher chooses the degree of significance.

The chance of rejecting the null hypothesis when it is true is the significance level. A significance level of 0.05, for instance, denotes a 5% likelihood of drawing the incorrect conclusion that a difference exists when none really does.

Lower significance levels suggest that more convincing evidence is needed before you can rule out the null hypothesis. 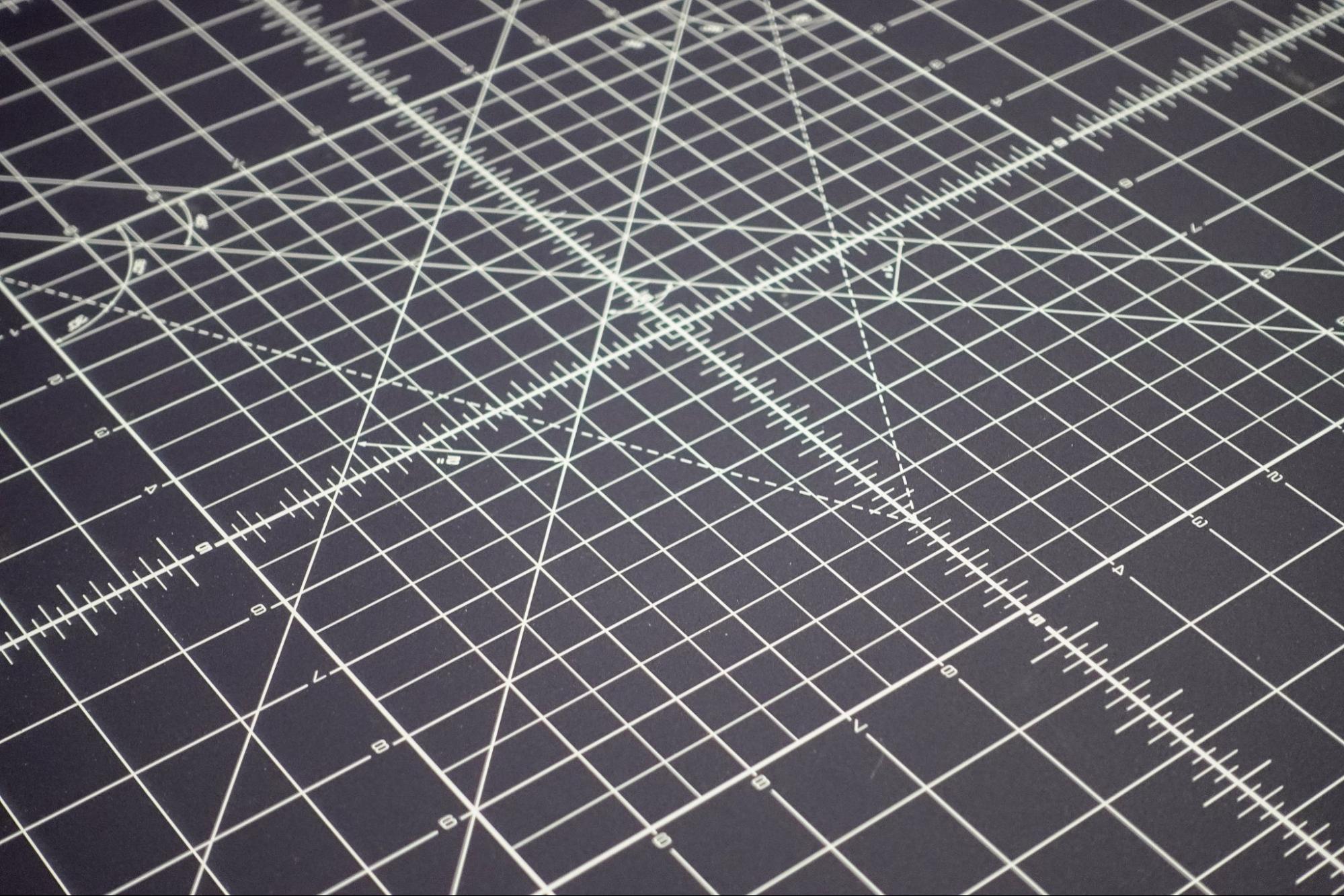 The critical area of a distribution in a one-tailed test is one-sided, meaning that it can either be more than or less than a certain number, but not both. The alternative hypothesis will be accepted instead of the null hypothesis if the sample under test falls into the one-sided critical region.

In statistics, a two-tailed test is a procedure that determines if a sample is larger than or less than a particular range of values by using a two-sided critical area of distribution. It is utilized in tests for statistical significance and null hypotheses.

The alternative hypothesis is adopted in place of the null hypothesis if any of the critical regions apply to the sample under test. This is calculated using the z-score to find the range of the significant regions.

Generally, it is believed that a 95 percent CI does not imply that 99 percent of the data in a random sample falls within these limitations. The range will almost certainly include the population mean, which is what it truly indicates.

Once the interval is constructed, the true parameter is either inside or outside the interval, and no one knows for certain where it falls. We can only state how frequently such intervals may include the genuine mean; this is what confidence level is all about. 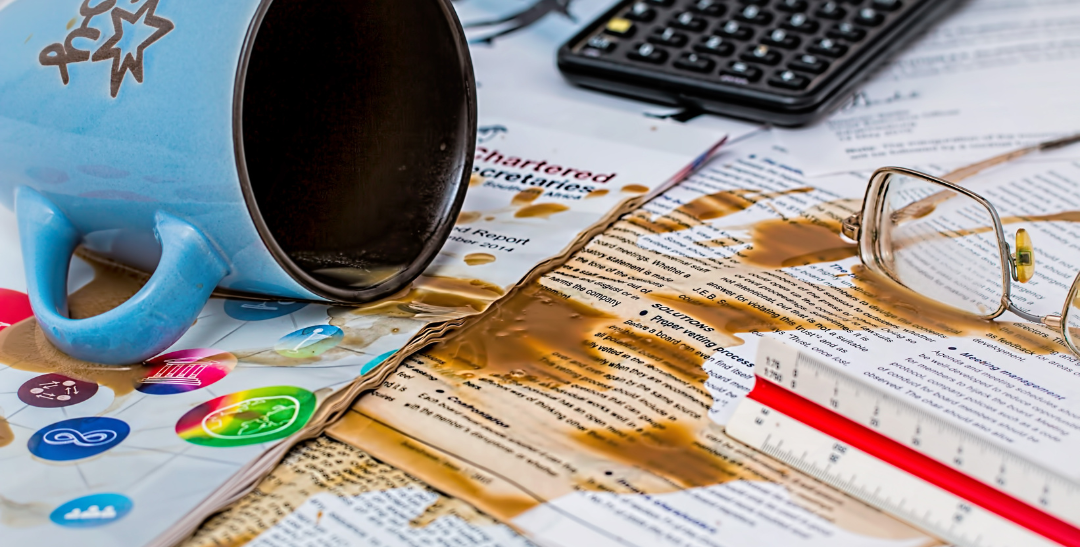 The explanation for this error is rather minor. The important concept relating to a CI is that the probability utilized enters the picture with the technique used in calculating it that relates to the method used.

In 1937, Jerzy Neyman introduced the CIs. At the beginning of a decade, no one realized its importance, but after that, it became a standard for calculating the uncertainties in a dataset.

2. What is a critical value?

It outlines the distance you must go from the distribution's mean to account for a specific percentage of the overall variation in the data.

These two terms are interconnected but are not the same. The CI is the range wherein the mean of the dataset may lie, whereas the level is the percentage of times you get closer to the assumed value.

4. What if the sample dataset is non-normally distributed?

There are two methods you may use to determine a confidence interval around the mean of non-normally distributed data:

Although narrow confidence intervals are more desirable and convey more information, they typically call for a higher sample size.

6. Is there any difference between hypothesis testing and confidence interval?

The similarity between CIs and hypothesis testing is that both are interpretive procedures that utilize a sample to estimate a population parameter or assess the reliability of a hypothesis.

A t-test is a sort of inferential statistic used to assess if there is a significant difference between the means of two groups that could be connected to particular characteristics.