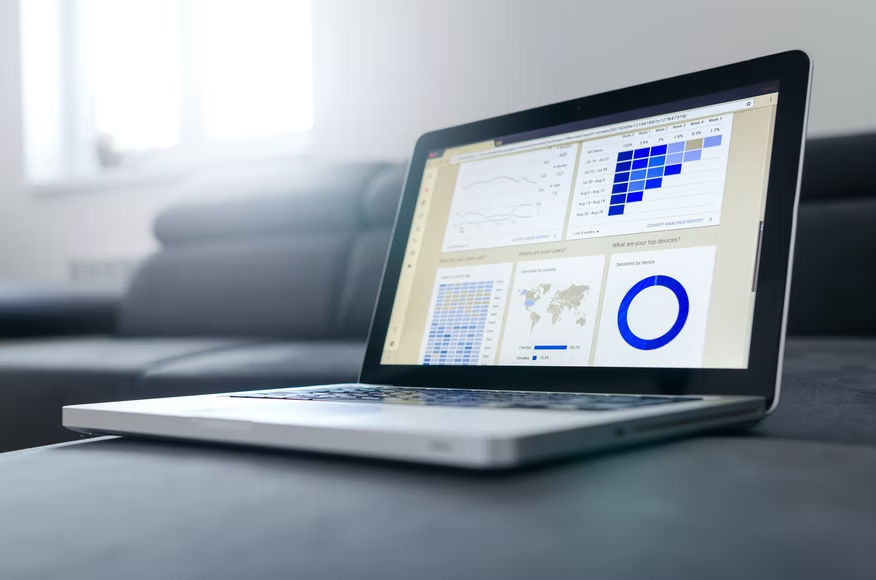 This metric can compare one company's leverage with other companies in the same sector. It also reflects a company's stability. The higher the percentage, the greater the leverage and financial risk.

A proportion greater than 1 indicates that a significant portion of the assets are financed through debt, while a low ratio reflects that majority of the asset is funded by equity.

A ratio greater than 1 suggests that the company may be at risk of being unable to pay back its debt.

A ratio greater than one can prove to be a significant problem for businesses in cyclical industries where cashflows frequently fluctuate.

Similarly, a business may face a significant financial risk if its debt is subject to a sudden hike in interest rates.

Creditors use this proportion to determine the total amount of debt, the ability to pay back existing debt, and whether additional loans should be serviced.

On the other hand, investors use it to ensure that the company remains solvent and can meet current and future obligations.

The company can use this percentage to illustrate how it has grown and acquired its assets over time.

Companies can use this ratio to generate investor interest, create profit and take on further loans. Debt financing is the least preferred choice.

All three measure the total debt as a percentage of total assets. However, if a financial percentage is labeled as a 'long-term debt to assets ratio,' it will only take into account the long-term debt.

Understanding the debt to assets Ratio

The total ratio measures a firm's financial leverage. It analyzes a firm's balance sheet by including long-term and short-term debt and all assets. This includes both tangible and intangible assets, such as patents. 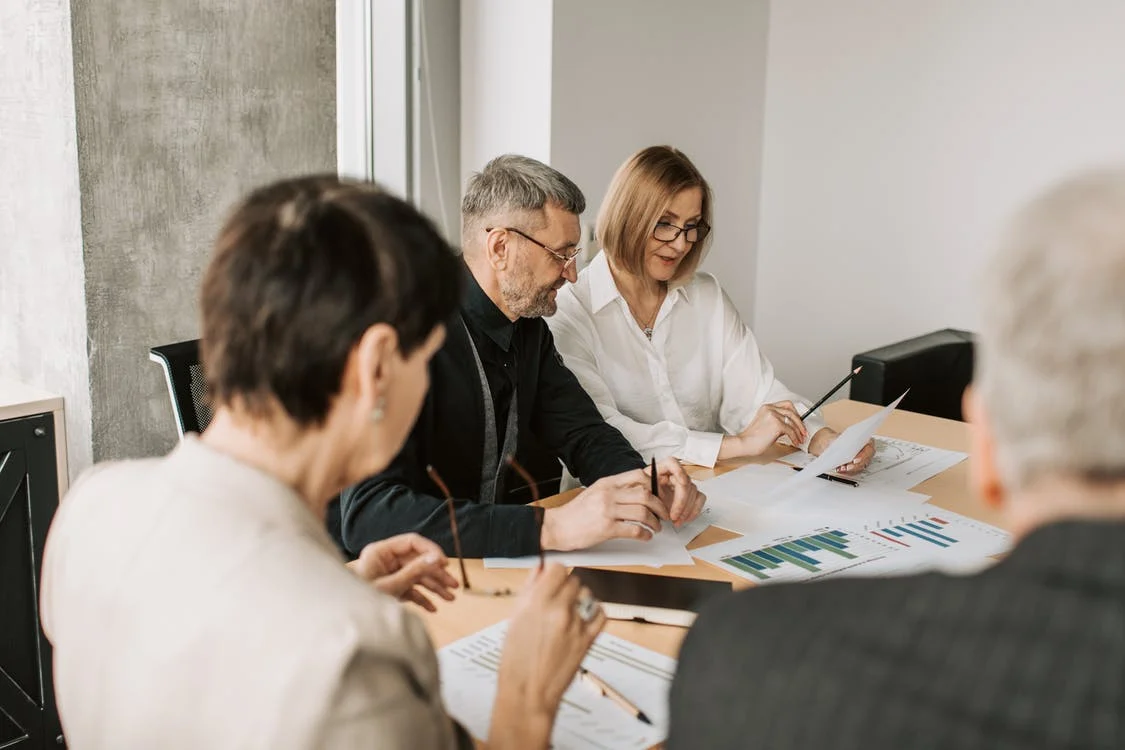 This proportion can be used to explain two sides of the same coin. First, it illustrates the percentage of debt used to carry a company's assets and how these assets can be used to service loans.

Debt servicing payments are to be made in all situations, failure to service payments would result in a breach of debt covenants. Creditors can force the company into filing bankruptcy. Debt covenants, unlike account payables and leases, are not flexible.

A company with a higher degree of leverage would be prone to financial risk and thus find it more difficult to stay afloat during a recession. However, it is important to note that the total debt does not include short-term liabilities and long-term liabilities such as accounts payable and capital leases.

The ratio is important for both investors and creditors. As mentioned before, for creditors, this ratio indicates if the company can service debt. This is because lenders will charge higher interest rates on a company's loan to compensate for the financial risk that they are taking. 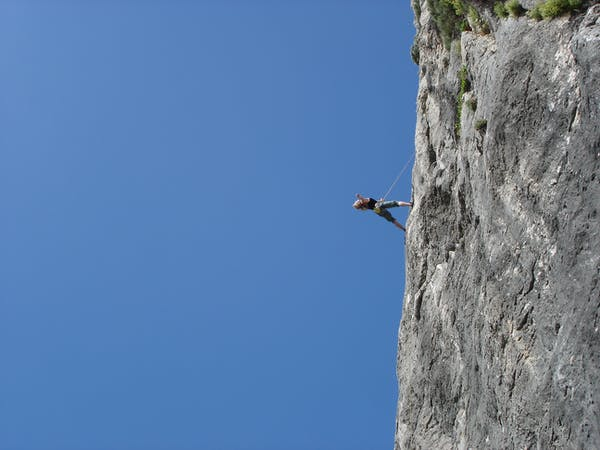 On the other hand, this percentage illustrates income and profitability for investors. A lower percentage will reflect that the company is stable and that the investors can expect a higher return over assets. Higher interest rates can help boost returns for shareholders.

While using this ratio, track it on a trend line. An increasing trend line reflects that the business cannot pay down its debt, indicating a possible bankruptcy. Creditors can use restrictive covenants to force excess cash flow to repayment and restrict alternative uses of cash.

The formula for the ratio is:

Total Assets: It includes both current assets and long-term assets on the firm's financial statement, and in some cases, it may include certain assets such as property, plant, and equipment (PPE).

Simply put, it calculates debt as a percentage of the total assets. As mentioned above, this formula has different variations that only include certain assets and liabilities. One example is the current ratio, which is a fraction of current assets over current liabilities.

Another example is the quick ratio, current assets minus inventory over current liabilities. However, this financial comparison is a global measurement designed to measure the company as a whole.

As evident in the formula, calculating the ratio requires two inputs: total debt and total assets. 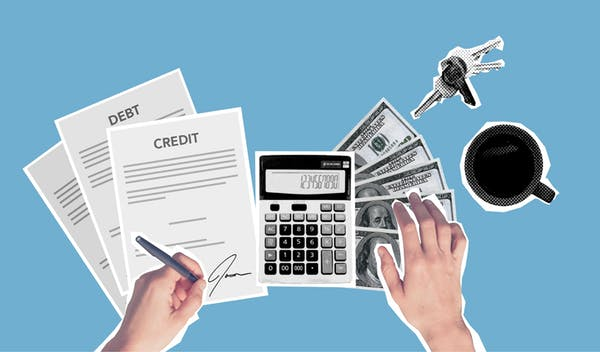 The long-term ratio will be slightly tweaked to the original ratio. Instead of considering total debt, which is a sum of short-term and long-term debt, this formula will only consider long-term debt. This fraction will give us the long-term debt to asset ratio.

What does the ratio tell?

Investors prefer a lower ratio. A lower percentage indicates that the company has enough funds to meet its current debt obligations and assess if the firm can pay a return on its investment. 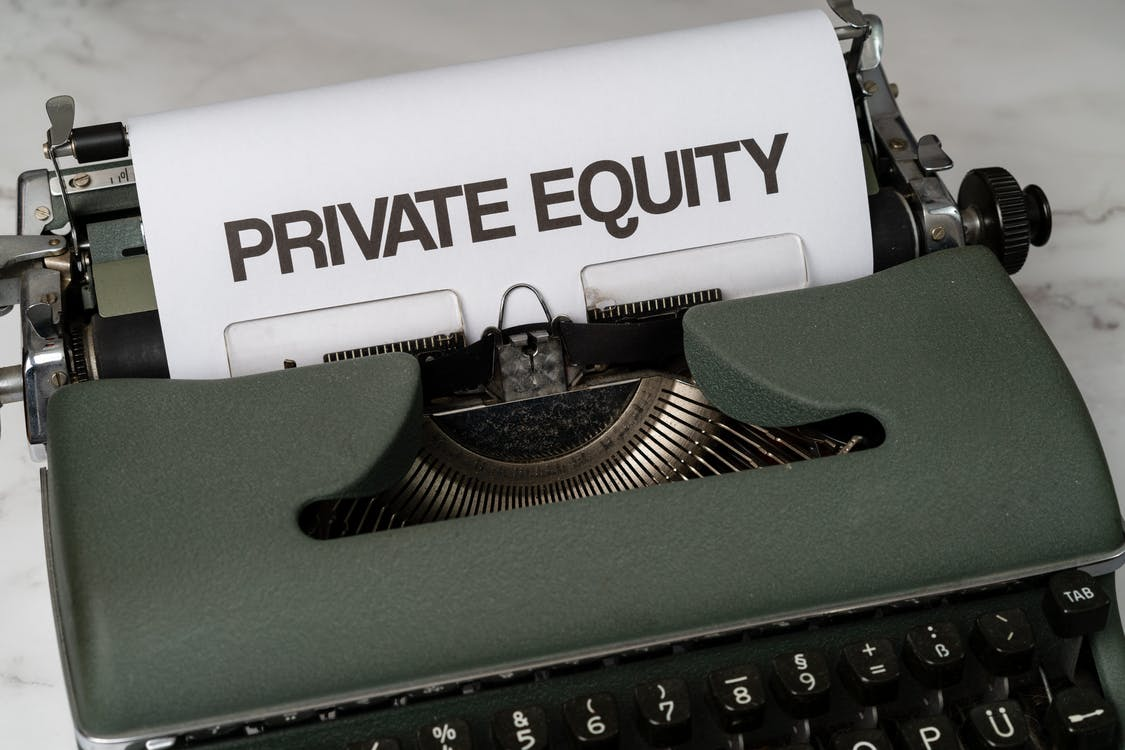 A proportion greater than 1 reflects that a significant portion of assets is funded by debt. Simply put, a company has more liabilities than assets. A higher ratio also indicates a higher chance of default on company loans.

A fraction below 0.5 means that a greater portion of the assets is funded by equity. This gives the company greater flexibility with future dividend plans for shareholders. Conversely, once the company locks into debt obligation, the flexibility decreases.

Let us consider a hypothetical scenario:

Company C shows the lowest risk because it is equity financed. Thus, it will have the lowest return. On the contrary, Company D shows a high degree of leverage compared to others. This reflects that the company has lower financial flexibility and significant default risk.

Let us evaluate the ratio of the three companies:

Understanding each company's size, sector, and goal is pertinent to interpreting its ratio. For the example above, company A is a well-established, stable company. Hence, it has a proven revenue model and easily attracts investors. 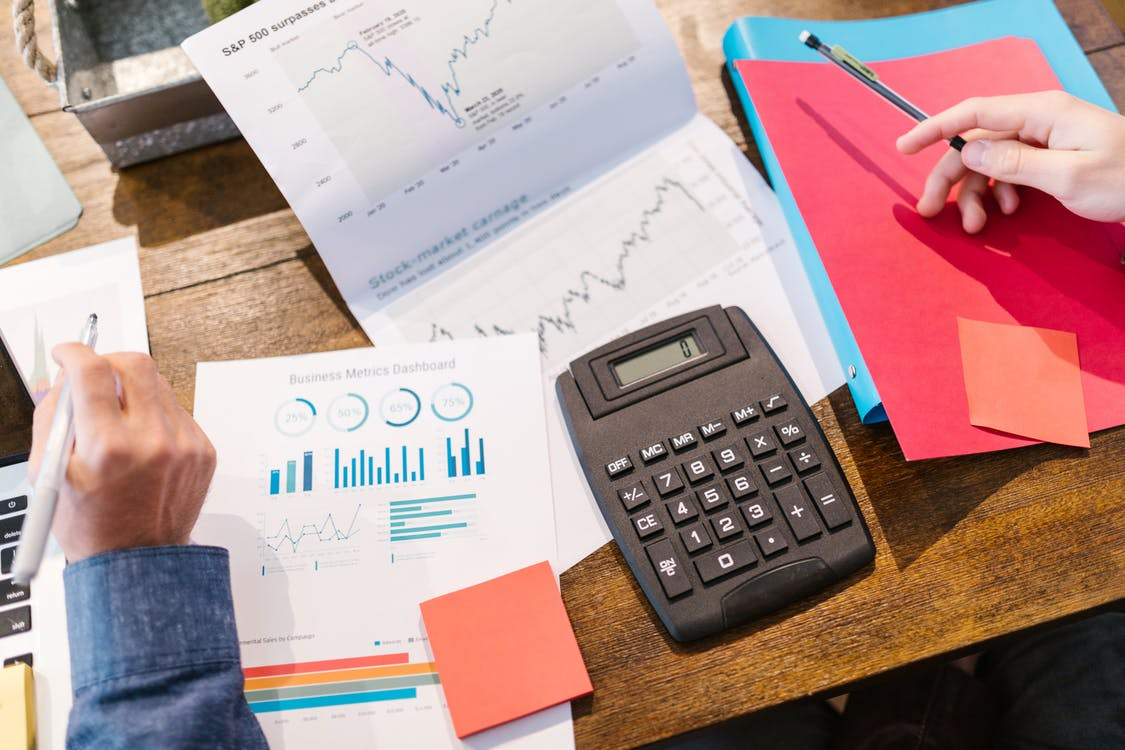 Company C can be assumed as a small company that may not be as enticing to shareholders as company A or B. As a result, Company C might find it too hard to attract investors and opts for debt financing to meet its capital needs.

One shortcoming of this financial measure is that it does not provide any information about the quality of assets. Instead, it lumps tangible and intangible assets and presents them as a single entity.

For example, company C reports $ 2.2 bn of intangible assets, $ 0.5 bn of PPE, and $ 1.5 bn of goodwill as part of $ 22 bn of assets. Hence, the company has more debt than its current assets. If all the lenders decide to call for their debt, the company would be unable to pay off its creditors.

The trend of the ratio should be evaluated over time. This will help the analyst assess if the company's financing risk profile is improving or deteriorating. For example, an increasing trend reflects that the business is unable to pay off its debt, leading to default. 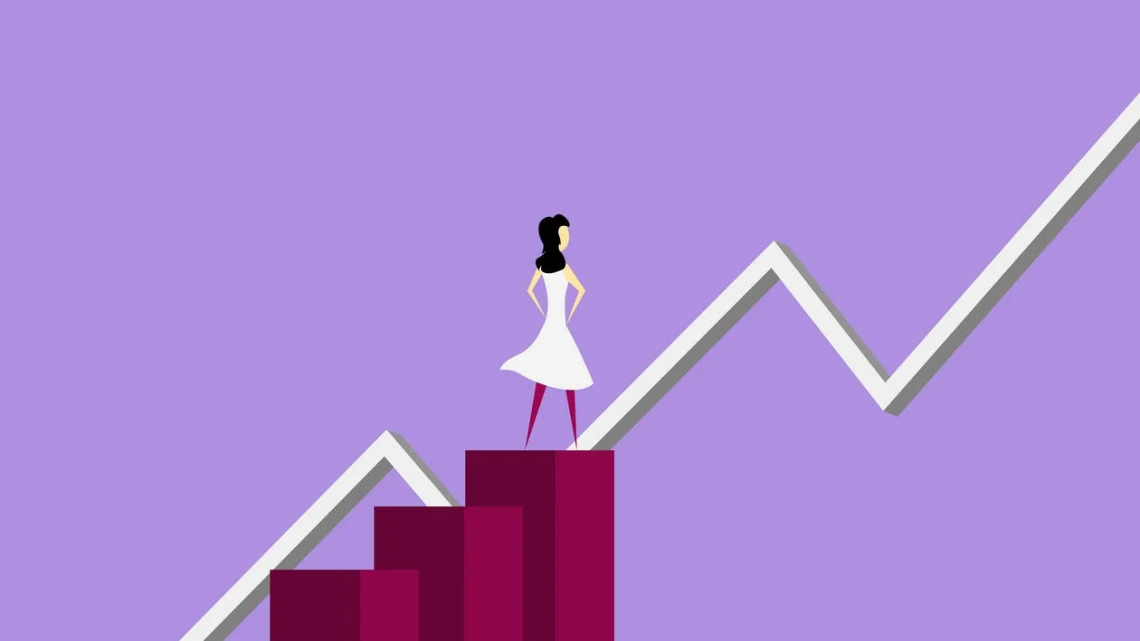 What is a Good Debt to Asset Ratio?

A firm's debt to asset ratio varies from case to case. It depends upon the company size, industry, sector, and financing strategy of the company.

For example, multinational and stable companies would finance through debt as it is easier for such companies to secure loans from banks.

In contrast, start-ups and tech companies prefer pirate investors. Thus, these companies have lower ratios. Generally, 0.3 to 0.6 is where investors and creditors feel comfortable.

Is a low Debt to Asset Ratio good?

A low ratio is not necessarily good. It is neither bad. It varies from company size, industry, sector, and financing strategy. It simply indicates that the company has decided to prioritize raising money through investors instead of taking on debt from banks.

While one may argue that a lower ratio means a company avoids paying as much interest, it also conveys that owners retain less residual profits because shareholders may be entitled to a portion of the company's earnings.

Can a company's Total Debt to Asset Ratio be too high?

No, a company's debt to asset ratio cannot be too high. The asset is equal to the sum of liabilities and equity. If the company has a percentage close to 100%, it simply implies that the company did not issue stocks. It indicates the management's strategy for raising money.

The negative implications of having a high ratio are that it becomes expensive to incur additional debt, the chances of default increase, and the financial flexibility decreases. The company will have to pay interest payments and principal, eating into the company's profits.

How to calculate the debt to asset ratio?

The ratio is calculated by simply dividing the total debt by total assets. The resulting fraction is a percentage of the asset that is financed with debt. All debts and all assets are considered except for liabilities.