When a firm chooses to issue more than one type of share, each differing in voting rights, dividend payments, etc.

When a firm chooses to issue more than one type of share, each differing in voting rights, dividend payments, etc., they have a dual-class stock structure. 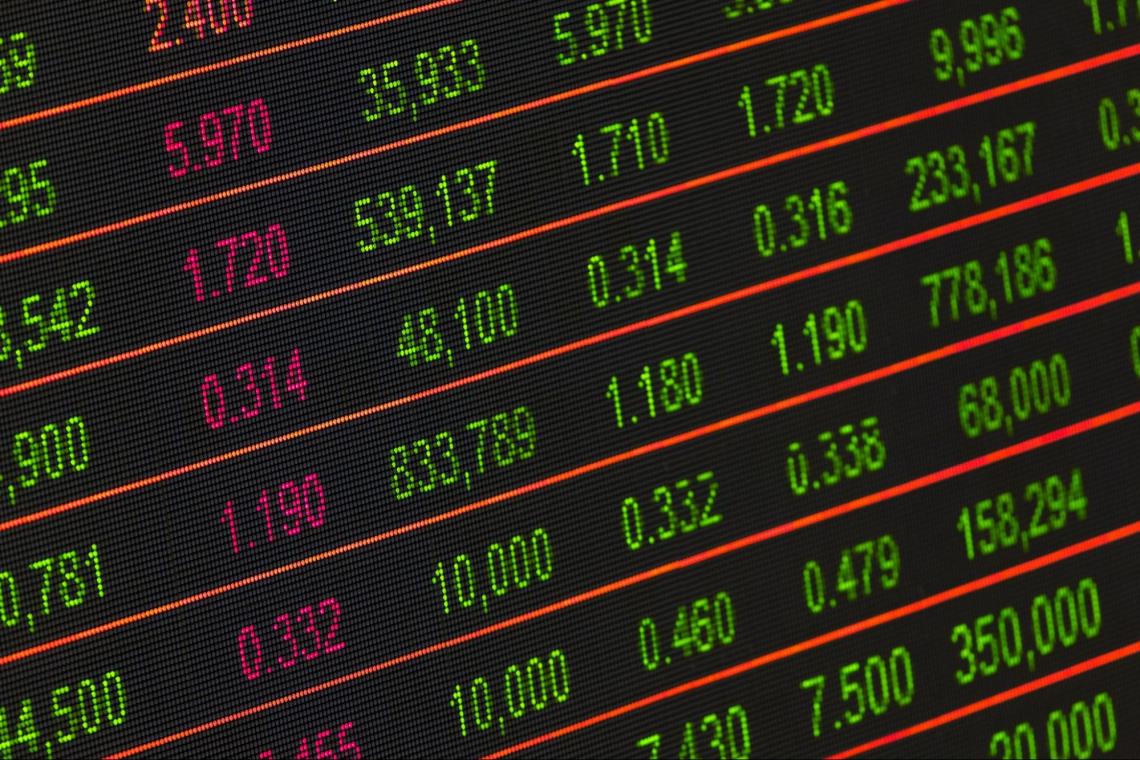 Generally, a company may issue shares in the form of class A and class B shares, where one class of shares gives more shareholder voting rights and dividend payments.

Also, one class of shares is usually issued to the general public, while the other class is only offered to the company's board members, founders, etc.

Alternatively, a company may offer more than two classes of shares, with one class being reserved for the company's founders, while the others may be reserved for their family members.

Commonly, these types of shares are given in a founder-led company, where the investors are given a chance to play a defining part in the company's growth.

Issuing dual-class stocks have long been in popular culture in western countries, while the countries in the APAC (Asia Pacific) region are now starting to recognize its benefits, with firms in countries like Singapore and Hong Kong issuing these types of shares.

Although dual-class stocks have been known throughout their history, having been first introduced in the 1900s, they have become more common in recent times.

The issuing of dual-class stocks has been observed since 1898 when the International Silver Company issued 20 million stocks with no voting rights. The issuance gained momentum in the 1920s when around 183 companies were issued with a dual-class structure. 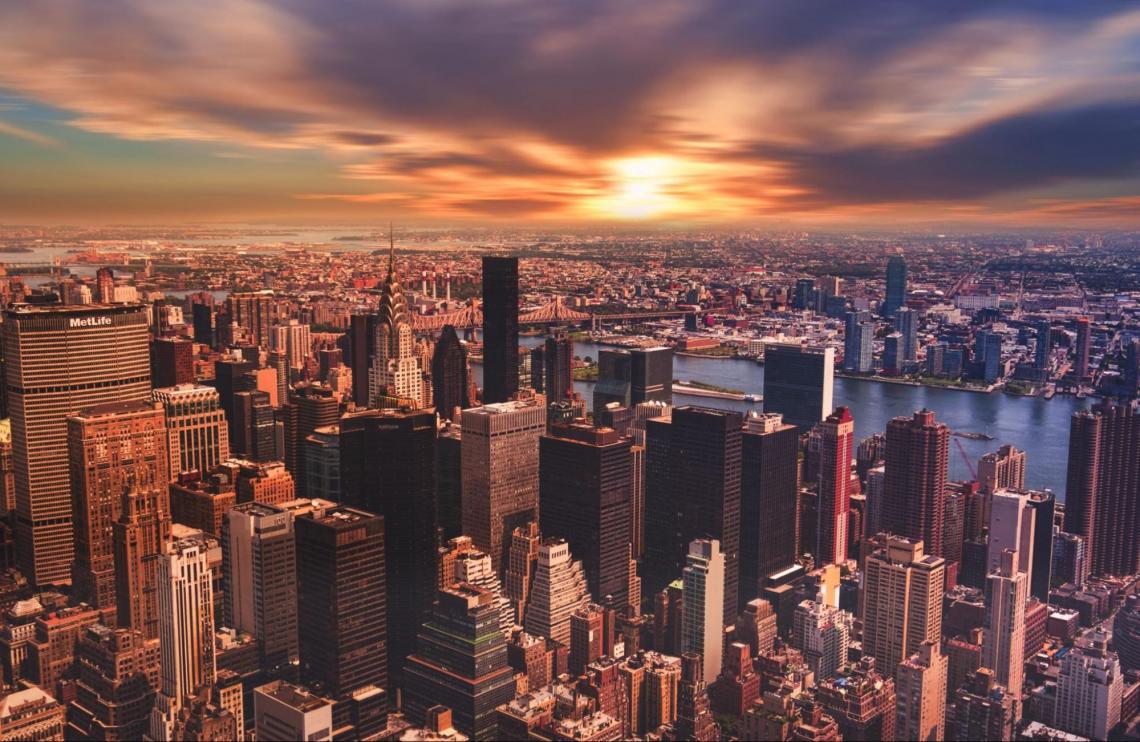 However, the issuance of dual-class stocks slowed down in 1925, when the Dodge Brothers Company listed non-voting common shares on the NYSE (New York Stock Exchange).

Ultimately, the public realized that the majority owner of Dodge owned a measly 1.7%, which only occurred because the shares issued were non-voting.

The public outcry led to a long chain of events, with the Exchange limiting them until outright banning the practice in 1940.

For the next four decades, the NYSE eliminated the listing of DCSs (Dual-Class Stocks), with a handful of exceptions like the Ford Motor Company, J.M Smucker, and the American Family.

Until the 1980s, there were almost no DCS listings; however, the American Stock Exchange started allowing dual-class stock listings later. This also created pressure on the NYSE to list these types of stocks, ultimately leading to them allowing DCS.

In the 2010s, companies started dealing with dual-class stocks again as the tech giants like LinkedIn Corp., Facebook, and Alphabet wanted more control over the voting rights in their companies.

Although the adoption of the DCS structure has been slowly increasing since the 2000s, technology companies have outpaced non-technology sectors in adopting this structure.

It may not be accurate to say that all tech companies are adopting this type of structure, as companies like Apple Inc., Amazon, and Netflix have grown exponentially without adopting the dual-class stock structure.

Rising In the APAC Region

Until recently, the APAC (Asia and Pacific) region was unfamiliar with the DCS structure commonly practiced in western countries. 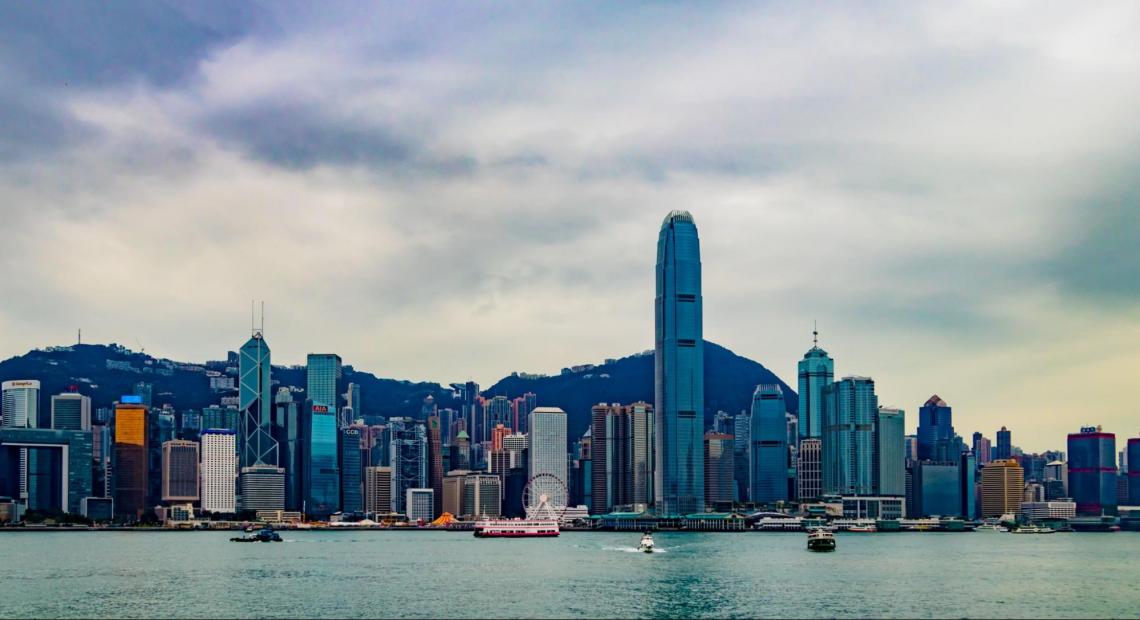 In 2008, the TSE (Tokyo Stock Exchange) allowed the listing of DCSs, with Cyberdyne Inc., in 2014, becoming the first and only company to be listed utilizing this structure on the TSE.

After Alibaba was listed on the NYSE, there was frustration at the HKEX (Hong Kong Stock Exchange), which started allowing the listing of shares with unequal voting rights. In early 2018, Xiaomi became the first DCS IPO listed on the HKEX.

In late June 2016, the SGX (Singapore Exchange) pushed forward with the plan of introducing the listing of DCSs after a formal introduction of ground rules by the Listing Advisory Committee.

The SGX and HKEX were now being monitored by the other emerging markets in the APAC region following their success.

Although DCS listings are not permitted in China, the Shenzhen Stock Exchange wrote a proposal to the National People's Congress to amend the Company's Law and introduce it, in line with the recent financial developments, like the introduction of the Chinese Depository Receipt.

In 2018 SEBI (Security And Exchange Board Of India) made it much easier for Indian startups to list on an exchange. At the same time, they proposed allowing the listing of stocks with differential voting rights. 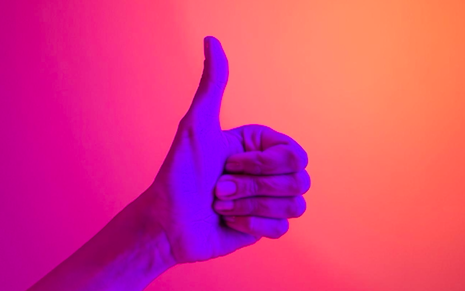 Many companies around the world allowed the listing of DCSs, keeping in mind the following benefits:

1. They allow some holders to get preferential voting rights in matters of the company, even though there might be a slight reduction in the share of equity in the company.

Proponents argue that this type of structure helps founders and others heads of the company to still have a say in the company.

2. When people invest in a company, they consider the trust they have in the founders and the CEO. If these individuals were to have no power over internal decisions, investors might not entrust the firm with their funds.

3. Firms that are newly established want to retain control over the company for a long period of time, such that they become reluctant to list their companies publicly in fear of losing voting rights. Dual-class stocks provide the necessary control over the operations of the company while, at the same time, providing financing.

4. Usually, shares with more voting power cannot be traded easily or even at all, creating a loyal class of investors. 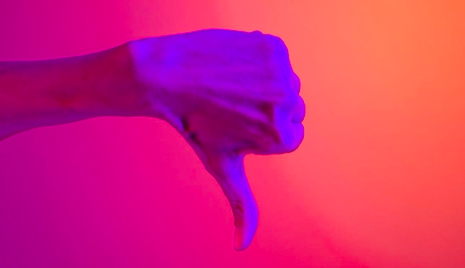 Although the founders and insiders of a company may require a high degree of control over the organization, this structure comes with some downsides:

3. Compared to a single-class stock structure, companies with a DCS structure tend to be burdened with more debt.

4. Given the complexity and aforementioned issues of a DCS structure, it becomes very difficult to change to a single stock structure later.

There may be pros and cons to the DCS structure, but people invest their money with a pragmatic approach, given whatever conclusion they come to about the firm and its future outlook. 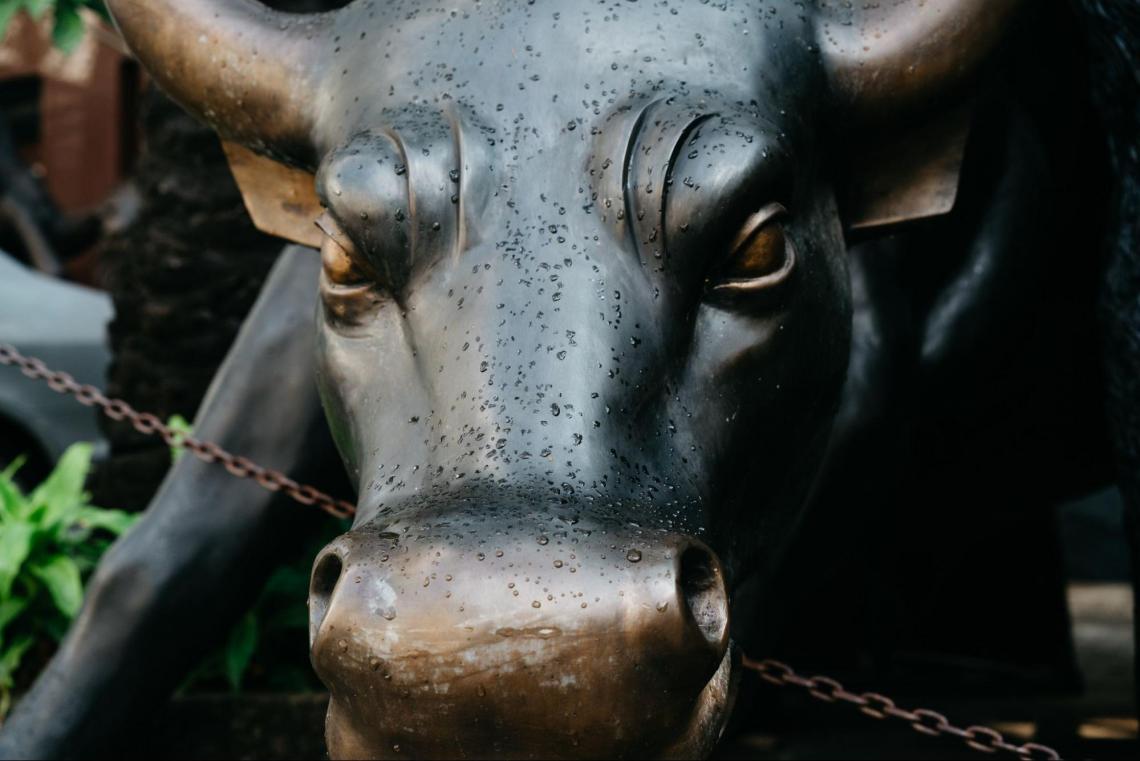 Historically, companies with DCSs tend to outperform those without. However, some may not perform positively explicitly because of a DCS structure, and many have failed, even with it.

Every firm or company with a DCS structure may not be as similar as it might reflect in the stock indices. Sometimes these firms may give returns higher than single stock structure firms, but their returns may not always be commensurate with the risks they take.

A study suggests a positive relationship between a company's value and its cash flow rights provided through shares and a negative relation between voting rights provided through shares and its value. Even a slight difference in the ideal voting rights and equity stake proportion can affect a company's value.

Safeguards For The Normal Shareholders

The dual-class structure may have pros and cons, but it is in the shareholder's and the company's best interest to keep a balance, such that certain safeguards exist, helping both parties. 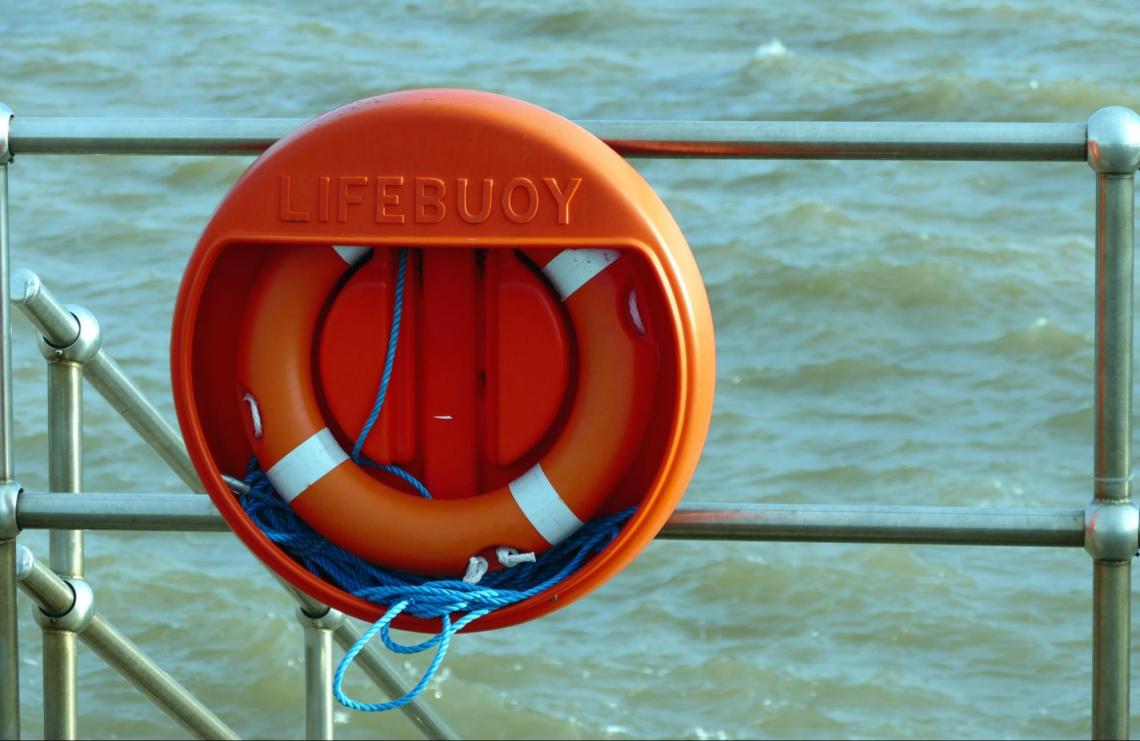 There should be sunset provisions provided with these kinds of shares, as normal shareholders should also have a say in the company's decision-making.

These provisions mean that, after a certain period of time, the dual-class structure must be converted into a single-lass structure.

These provisions will provide a definitive end to the benefits enjoyed by the initial decision-makers in the company.

After, shareholders who previously had little to no power will have a chance to participate in the decision-making process.

CEOs and major decision-makers of a family-size firm may abuse their powers. A sunset provision must be mentioned when dual-class stocks are issued to safeguard minor shareholders.