It is categorized by an individual, corporation, trust, or another legal entity's earnings in a fiscal year

As the Internal Revenue Service (IRS) issued, the federal income tax is categorized by an individual, corporation, trust, or another legal entity's earnings in a year, where different salary thresholds correspond to different tax rates. 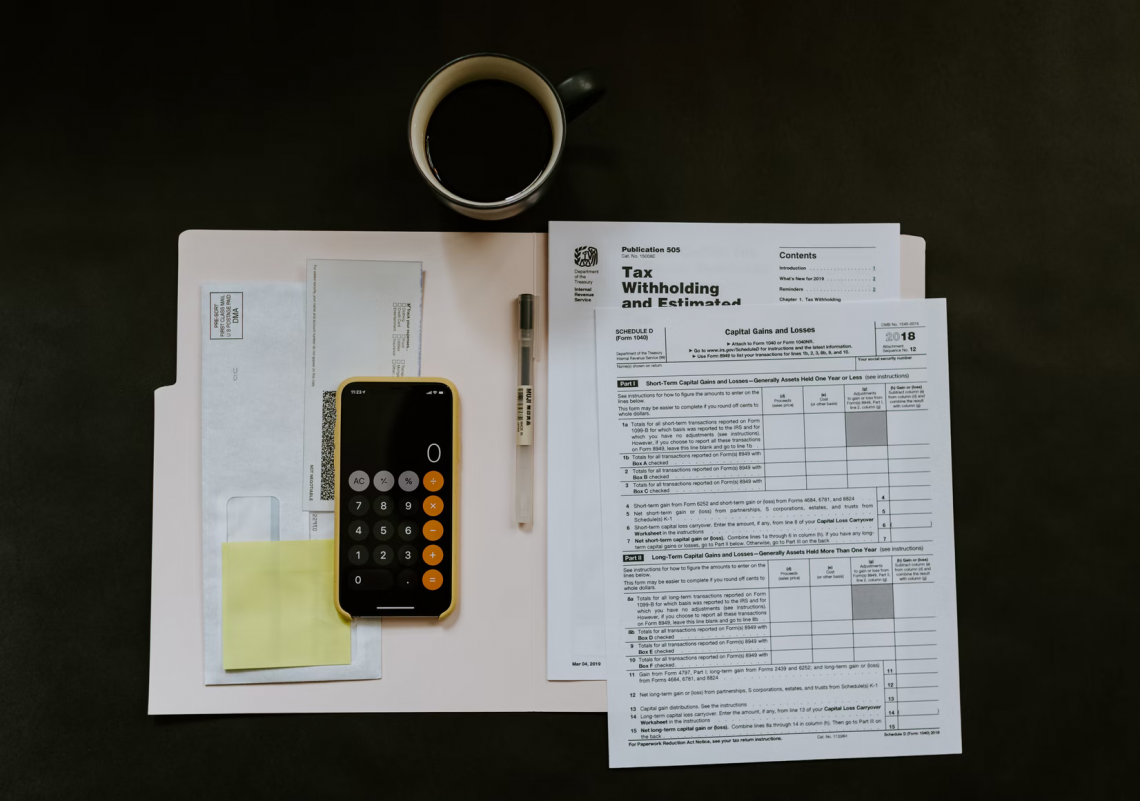 In the case of the US, the taxing structure is progressive, with a direct correlation between higher salaries and higher taxes. The corporate tax, for one, is a flat 21% upon enacting the Tax Cuts and Jobs Act in 2017, reducing the rate from 35%

Many things are part of someone's earnings, which all fall under the taxpayer's taxable income, including salaries, wages, commissions, bonuses, tips, interest, investments, allowance, and more.

For reference, taxes from individuals, estates, and trusts totaled around $1.87 trillion, while businesses contributed another $264 billion in 2020, as collected by the IRS.

The current taxing system stemmed from the 1860s after the government looked for ways to raise funding to prepare for the Civil War. President Abraham Lincoln signed the Revenue Act of 1861, with a 3% tax on all annual incomes exceeding $800.

Eventually, individual income taxes were cemented upon ratifying the 16th amendment in 1913, with corporate tax enacted in 1909.

At the time, the IRS did not exist. Instead, the Office of the Commissioner of Internal Revenue operated the tax regulations. As a result, the taxes became a part of everyday popular commodities, including alcohol, tobacco, tea, and gunpowder.

Some key events that impacted the marginal tax rates in the US throughout its brief history timeline include World War I, the Great Depression, World War II, the Revenue Act of 1964, the Economic Recovery Tax Act of 1981, and the Tax Reform Act of 1986.

How Does It Work?

Unless the law exempts the taxpayer, the parties mentioned above must pay taxes, like individuals and businesses. Most people who earn a salary are subjected to one of the three ways to pay the tax collectors. In 2020, the total collected tax amounted to $3.5 trillion. 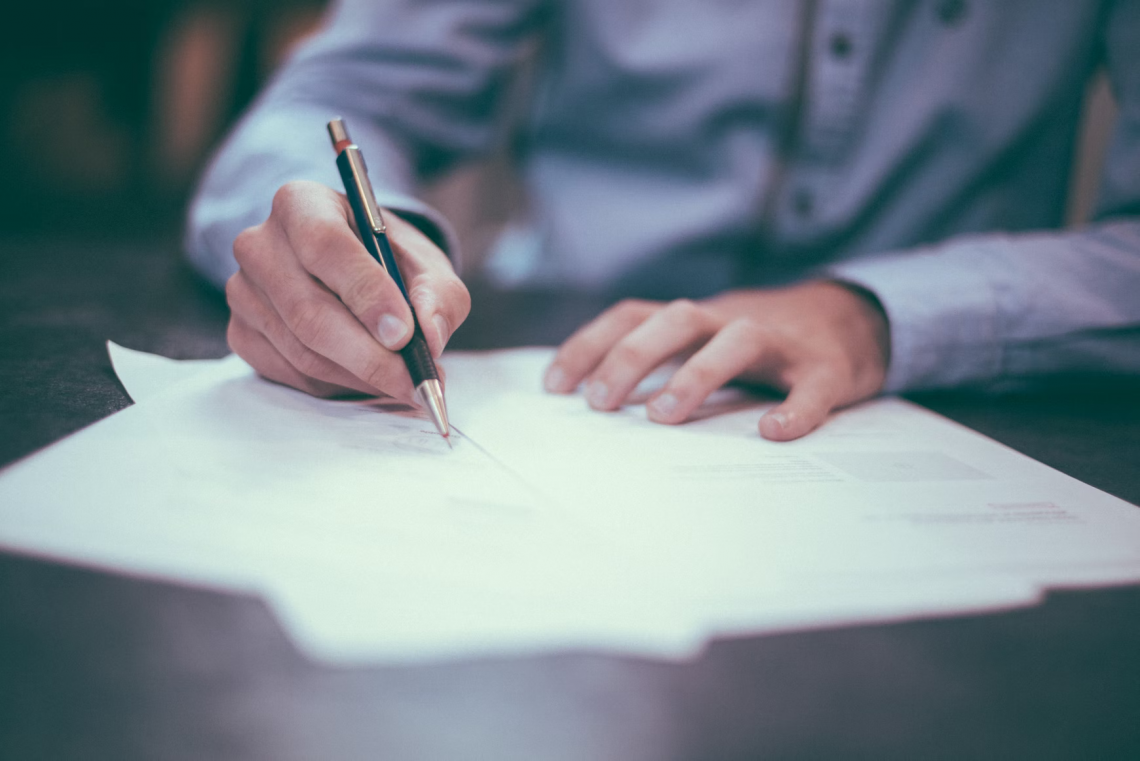 One of these methods is where people pay their corresponding tax rate upon receiving the paycheck from the employer. This means the employee's salary has already been deducted from the necessary tax payments to the government.

The second approach is estimated quarterly payments based on the previous year's filed tax return. To make such approximations, one usually divides last year's tax liabilities by four, supposing that the income stays stagnant this year.

The last way to pay is through annual filings through the IRS, involving government monitoring and regulation. Furthermore, the government will also ensure that the tax payments are sufficient.

All taxes go into funding for national services like national defense, health care, social security, safety net programs, and other expenditures, including benefits for federal retirees and veterans, medical and scientific research, infrastructure improvements, and education. 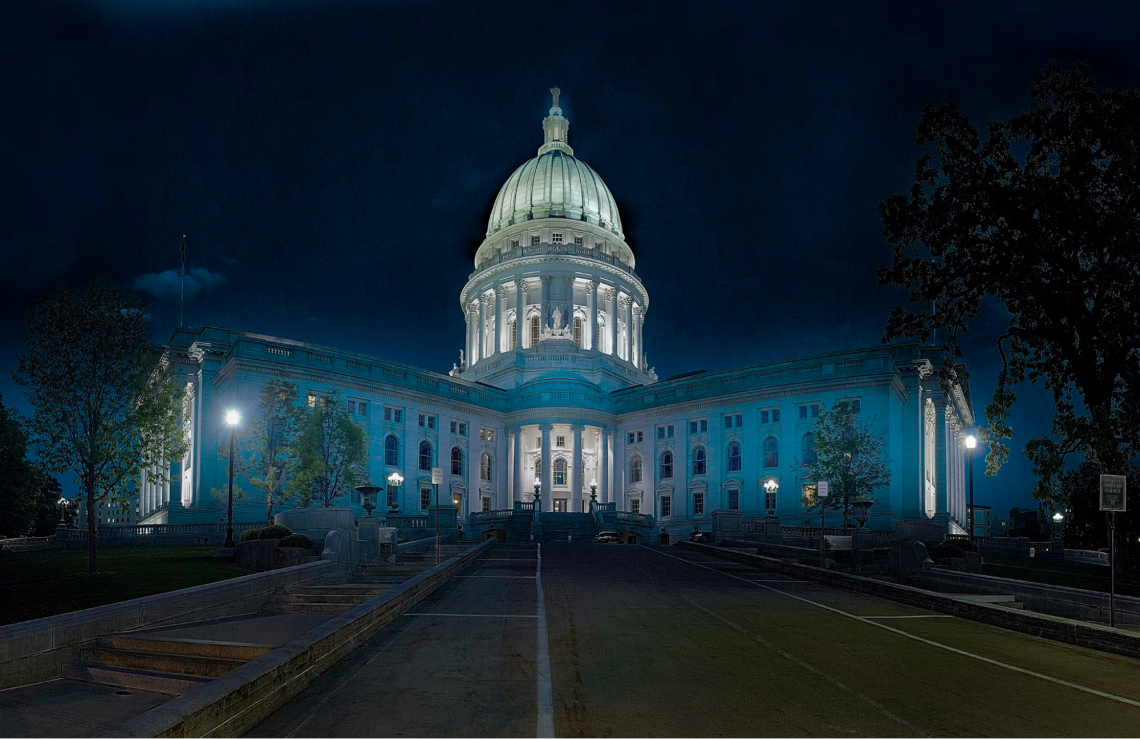 When Is It Due?

While the tax year ends on December 31, the deadline to file federal individual salary tax returns is April 15. For those using the fiscal year payment schedule, the return is due by the 15th day of the fourth month after the end of the previous fiscal year.

Furthermore, the due date is moved to the next business day for those who had the due date on a holiday or weekend. For instance, a special occasion in 2021 sees the deadline moved to April 18, 2022, because of the Emancipation Day holiday.

Meanwhile, other states like Maine and Massachusetts enjoyed another extension due to the Patriots' Day holiday, with the date set for April 19, 2022.

All workers receive a salary in the forms of take-home pay, net income, and gross income or gross pay. The former exemplifies the total salary after deducting taxes and benefits from the paycheck. The latter includes everything and requires tax payments. 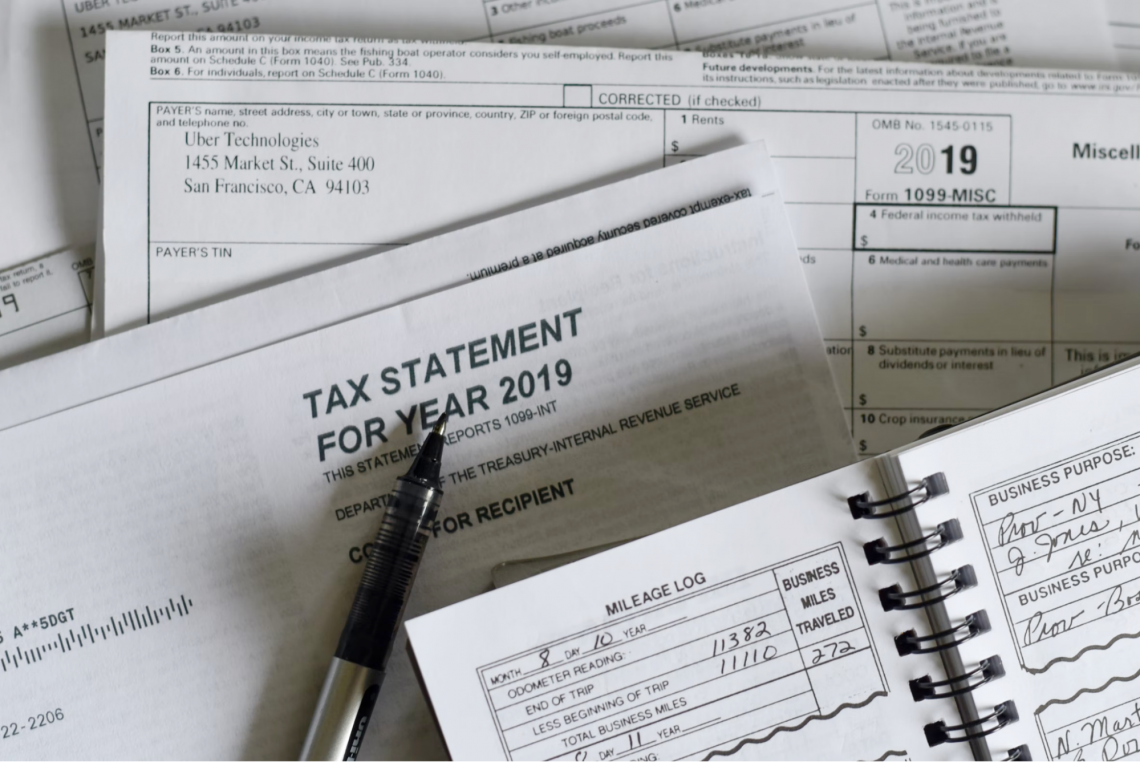 There are some cases where the general tax-paying regulations are a bit different. For example, there are tax benefits for military survivors where the IRS would refund or forgive the tax payments. Furthermore, service members may file for tax extensions.

Should your duty post be located outside of the US or Puerto Rico, there is an automatic two-month extension. In addition, if the member is in a combat zone, there would also be an automatic extension after filing for a tax return, including an exemption or a refund.

Other scenarios include when someone inherits a fortune passed onto them that requires a period of adaptation in learning how to manage the new assets, policies that come with the new corresponding tax bracket, and more. In this case, lawyers would help to alleviate such transitions.

The IRS may also grant someone college tax breaks to account for the college tuition payments and other related induced financial burdens. This means the IRS may reduce the amount of taxes one needs to pay via tax credits or tax deductions to lower rates.

1. Does Social Security Count as Income?

2. Which Country Has the Highest Federal Income Tax?

The top ten countries (including joint positions) with the highest personal tax rates are listed as follows in 2021:

The top ten countries (including joint positions) with the highest corporate tax rates are listed below in 2021:

The brackets indicate the lower and upper thresholds to which an individual's salary corresponds to a specific rate for tax payments, highlighting a progressive framework.

NOTE: Please note that the brackets change every year.

The tax brackets and corresponding rates for 2021 are listed as follows:

The brackets increased in value for 2022, although marginally, as shown below:

The concept of marginal rates is essential when understanding the taxing structure. The marginal tax rate represents what one would pay in taxes for every additional dollar of taxable income, usually equaling one's highest tax bracket rates.

This means that if someone has a taxable income of $25,000, which falls under the tax rate of 12%, and received a pay raise of $1, the rate of 12% would still apply to the extra dollar. 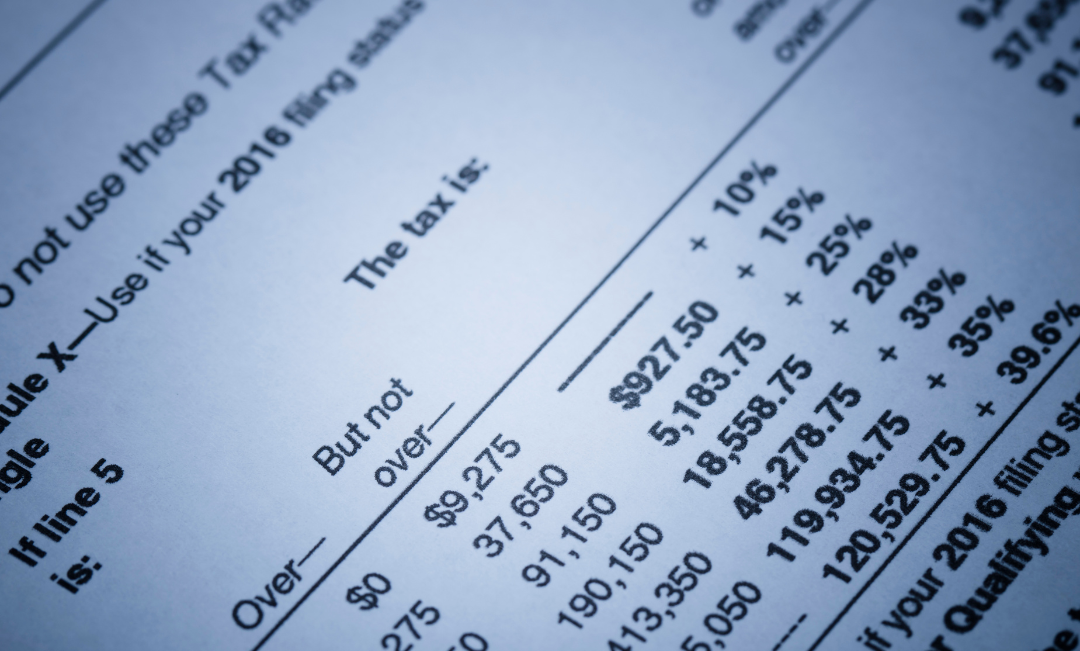 Suppose John, who is single, earns $95,000 annually, putting him in the 24% bracket. Below we can calculate the total tax bill by dissecting the payments John would need to pay for each tax bracket with its corresponding rates in 2022.

To find the effective tax rate, which is the actual rate of the tax concerning John's income paid to the government, we can divide the total tax bill by the income and then multiple the quotient by 100%:

How To Get Into a Lower Tax Bracket

By applying for tax credits, you can receive reductions in your income tax bill, meaning each credit equals $1. For example, if John is eligible for $1,500 in tax credits while having a tax bill of $15,435.5, his updated bill will reduce to $13,939.5. 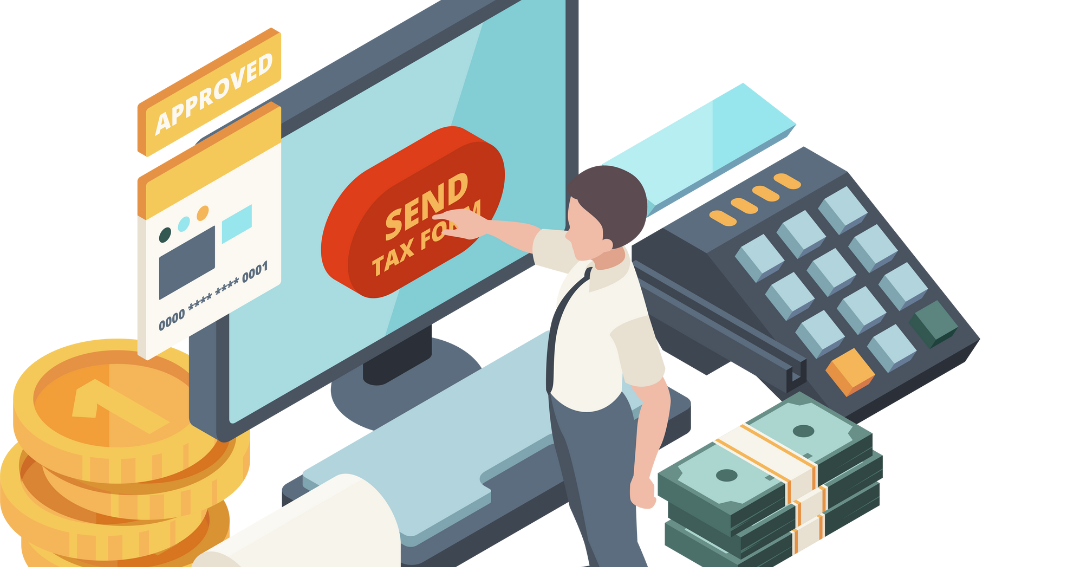 The other way is through tax deductions, where you can reduce your taxable income. For instance, if there are enough deductions that surpass the threshold for the standard deductions, adjusted for inflation, for your filing status, your tax bill can be lowered.

As the name implies, the state tax, collected by the individual states, only applies to the residents living in a specific state. However, the federal tax includes everyone, meaning that the same rate applies to all US residents regardless of their state of residence. 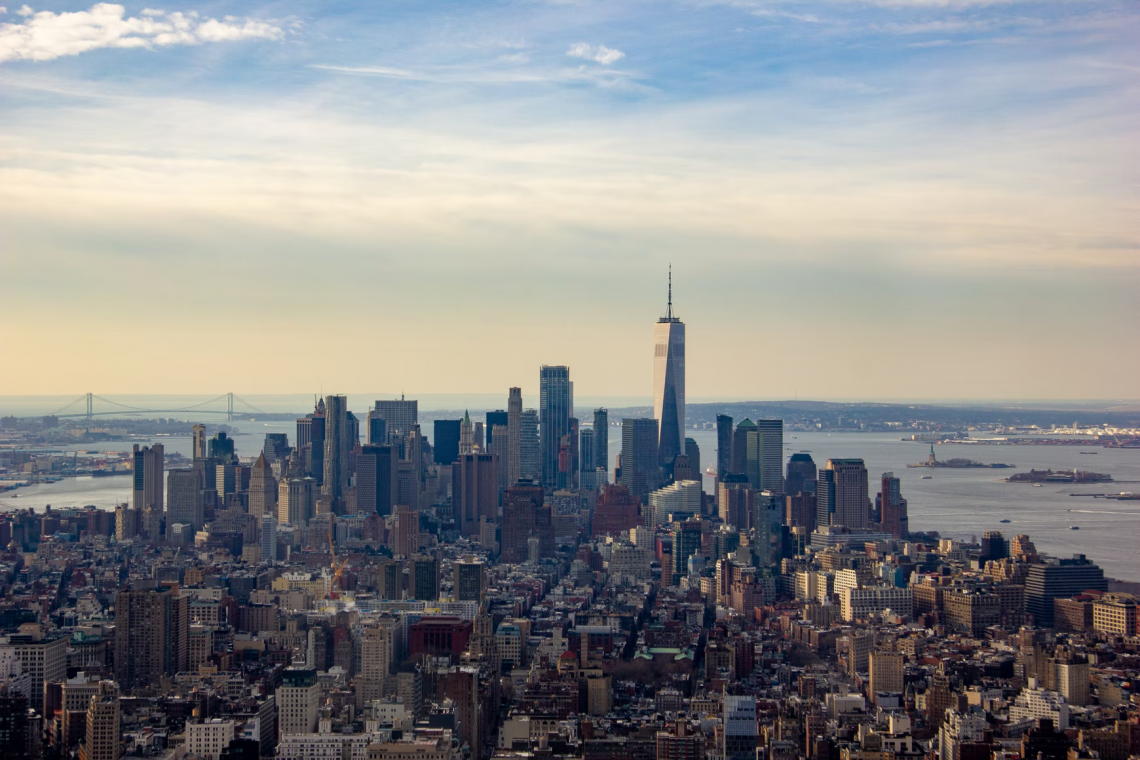 In contrast to federal taxes, state tax varies by state, with some incorporating a flat system while others use a progressive one. Of the 50 states, nine use the flat tax system, listed below with their corresponding rates from lowest to highest:

For the remaining 41 states, the progressive tax system mimics the federal income tax bracket structure, where higher salary correlates to higher tax rates. In addition, some adjust for inflation annually while others do not.

Furthermore, some base their marginal tax brackets on the federal tax code, while others use their own, despite having a very similar structure to the national taxing model.

Some examples showing the variability of state-income-tax bracket structures and rates:

Researched and authored by Max Guan I LinkedIn