The process of making the source of money legitimate, which, in reality, it originates from an illegal activity like drug trafficking, smuggling, etc.

Money laundering is the process of making the source of money legitimate, which, in reality, it originates from an illegal activity like drug trafficking, smuggling, etc. 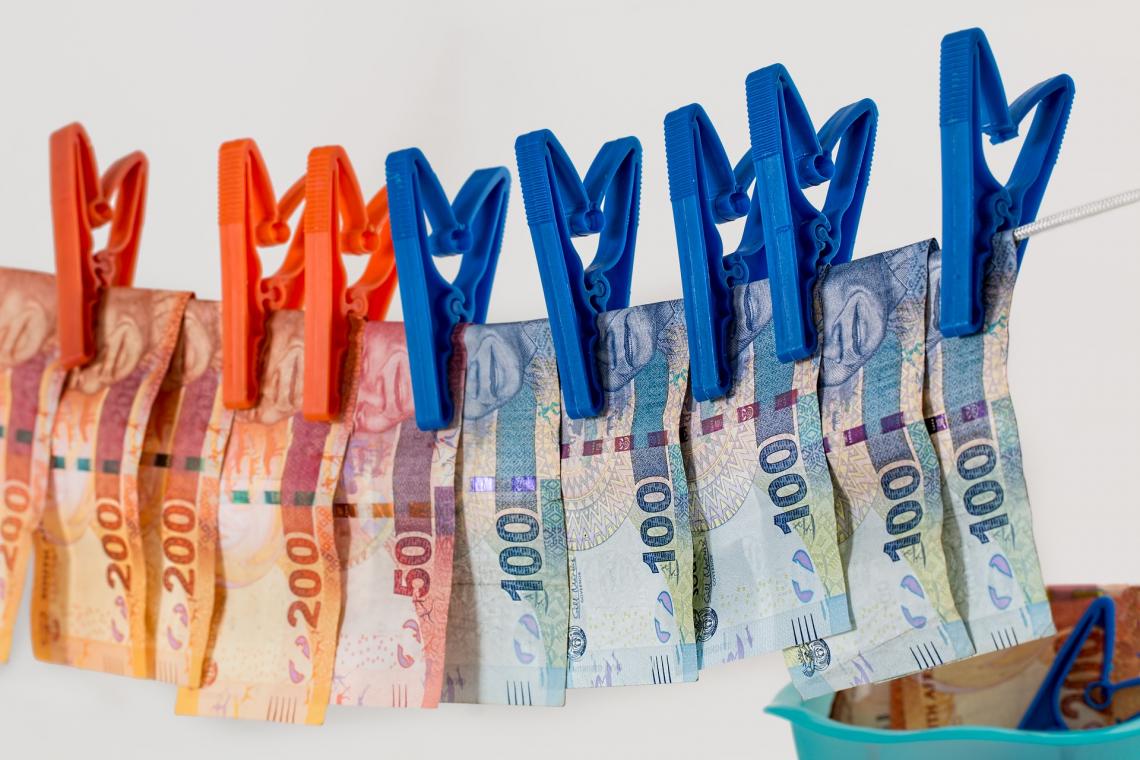 This term has been defined in the UN Vienna 1988 Convention Article 3.1.

The action involves only money in the US, but it is broadened to any economic good in the UK.

Money from criminal sources is regarded as "dirty," and the process "launders" it to make it appear clean.

The money is passed through a web of transfers and transactions or businesses to make it appear legitimate.

The money can then be used without hiding it from the authorities. This process has become even more accessible these days with the use of online banking and cryptocurrencies.

Trillions of dollars are laundered every year, and this has a severe impact on many national economies. 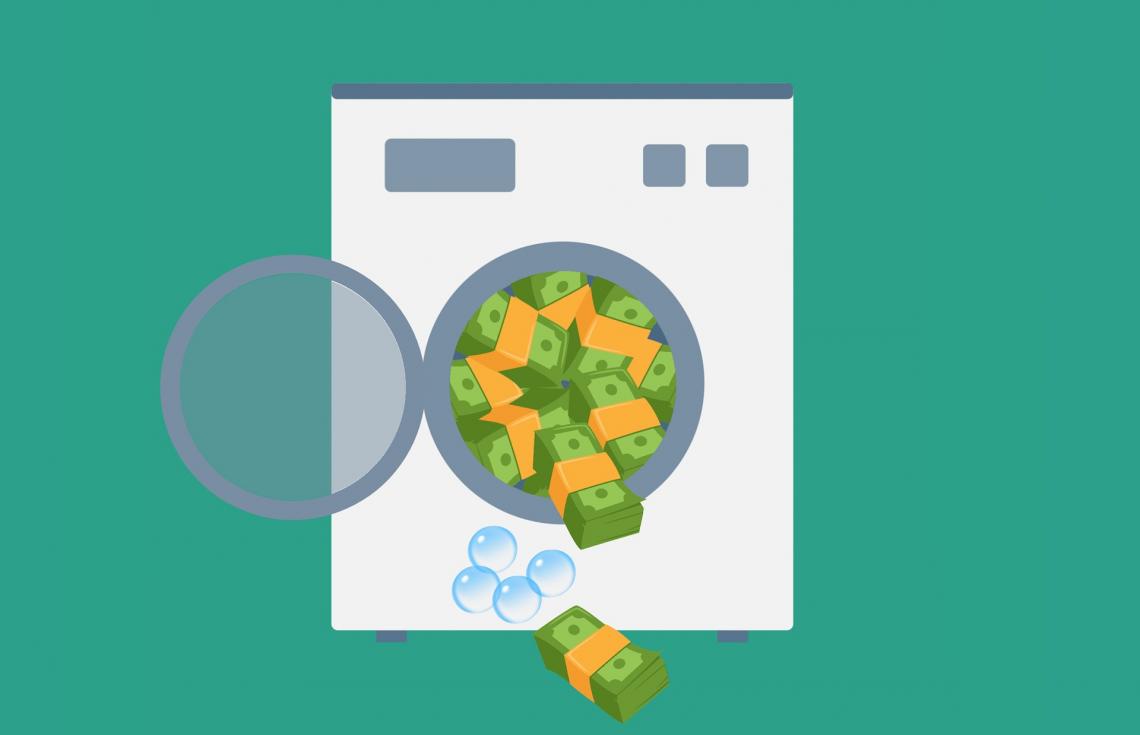 Criminal organizations usually end up with a large amount of cash they need to hide to avoid prosecution by authorities. They will have substantial tax liabilities if they acknowledge it as income.

So, to hide the illegitimate sources of vast amounts of cash, they launder the money by working it into the legitimate financial system.

It is fuel for criminal activities because it helps drug dealers, terrorists, arms dealers, corrupt officials, and members of criminal organizations such as the mafia, businesses, and private individuals to operate and expand.

How does Money Laundering work?

Criminals need to make their money appear to come from a legitimate source to transfer it to legitimate financial institutions, as dealing in large amounts of illegal cash is difficult and dangerous.

Typically, three stages are involved in this process:

1. Initial Entry or Placement - In this stage, the launderer introduces the "dirty money" into the legitimate financial system.

This stage is usually done by breaking the massive amount of cash into smaller parts that are either directly deposited into a bank account or by purchasing cheques and money orders that are collected and then deposited into accounts at some other location.

2. Layering - In this stage, the launderer transfers the money through various transactions like purchases and sales of investment instruments, payments for goods or services, etc., to distance the money from its origin.

3. Integration - After passing through the first two stages, the money can be withdrawn and freely used without further hiding it.

In real life, the process can differ, i.e., not all stages may be involved, or some stages could be combined or repeated several times. There are various ways to launder money, like using money mules, opening shell corporations, or running a legitimate cash-based business.

Suppose a criminal or criminal organization owns a legitimate laundromat business. It deposits its illegal money in small amounts in the business's bank account. 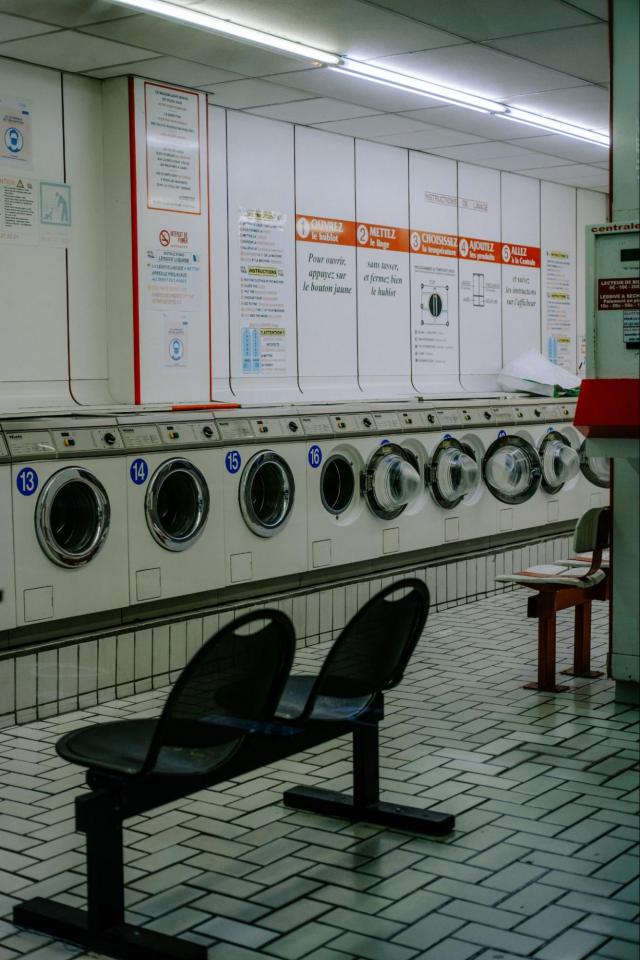 So, if the laundromat makes a sale of $500 in one day, then an additional $500 is recorded through illegitimate bookkeeping tricks, and it is deposited in its account as if it made cash sales of $1000 on that day.

The money now appears to have come from a legitimate business.

To avoid substantial tax liabilities, the money will then be passed through multiple transactions such as foreign currency exchange, investment in securities, or real estate, and ultimately be sent to an offshore bank account in a tax haven with fewer regulations.

Due to this web of transactions, it is difficult to trace the money back to its original illegitimate source.

The money can now be used for any legitimate business, which can be further utilized for laundering more cash or personal investments like high-end luxury goods such as jewelry, real estate, or automobiles without concealing it.

There are various methods of laundering money. Some of them include:

1. Smurfing (also known as structuring) - In this method, vast amounts of cash are broken into smaller chunks and deposited into different bank accounts to avoid suspicion.

Sometimes, the money is used to purchase bearer instruments, such as money orders, and then deposited into different accounts.

2. Bulk cash smuggling - Cash smugglers slip large amounts of cash to other countries with fewer anti-money laundering regulations, like Afghanistan and Kenya, and deposit it there in financial institutions. 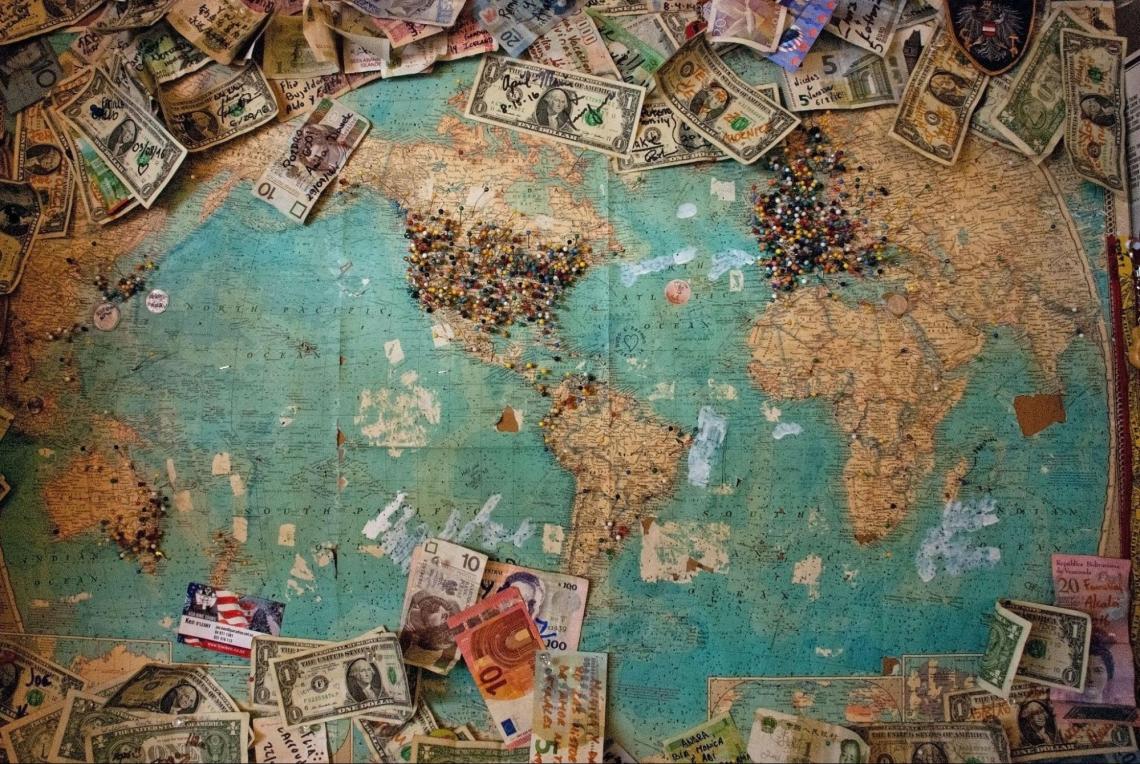 3. Cash-intensive businesses - The illicit money is transferred to the bank account of the legitimate business operated by the individual or criminal organization to launder money, as explained in the example above.

This cash is shown as the revenue of the business.

Usually, a service business is used as it has little to no variable cost, like car washes, casinos, laundromats, restaurants, strip clubs, bars, etc.

4. Trade-based laundering - Invoices are over or under-valued to mask the movement of money.

For example, the exporter of goods can send an overvalued invoice to the importer to transfer a more significant amount than the value of shipped goods.

5. Shell companies and trusts - Trusts hide the identity of the valid owner of the money as they don't need to reveal it.

Shell companies are those companies that exist on paper only or are inactive.

The shell companies claim to perform some services and get cash in return from customers. The launderer deposits the money in the shell company's account and produces fake receipts.

The money appears clean and is either returned to the initial criminal or passed through more shell companies before returning to that criminal.

6. Round-tripping - The company sells an asset to another company and, at the same time, agrees to buy the same or similar asset at about the same price.

Though no economic value is produced, the company's books show purchases and sales, which indicate growth to lure investors into investing in the company.

Another example is to send money to a tax haven with minimum regulations and then ship it back as Foreign Direct Investment (FDI), which is free from taxation.

Money is transferred to a law firm or similar organization as advance fees, and then the retainer is canceled. The refund is then treated as a legacy or proceeds from litigation.

7. Bank capture - In this method, the launderer owns a controlling stake in a financial institution, preferably in a place with weak anti-money laundering regulations, and transfers the money freely.

8. Casinos - The criminal goes into the casino with illicit cash and buys chips but plays for a minimal period.

When the chips are returned, the casinos return the money either in the bank account or by cheque. 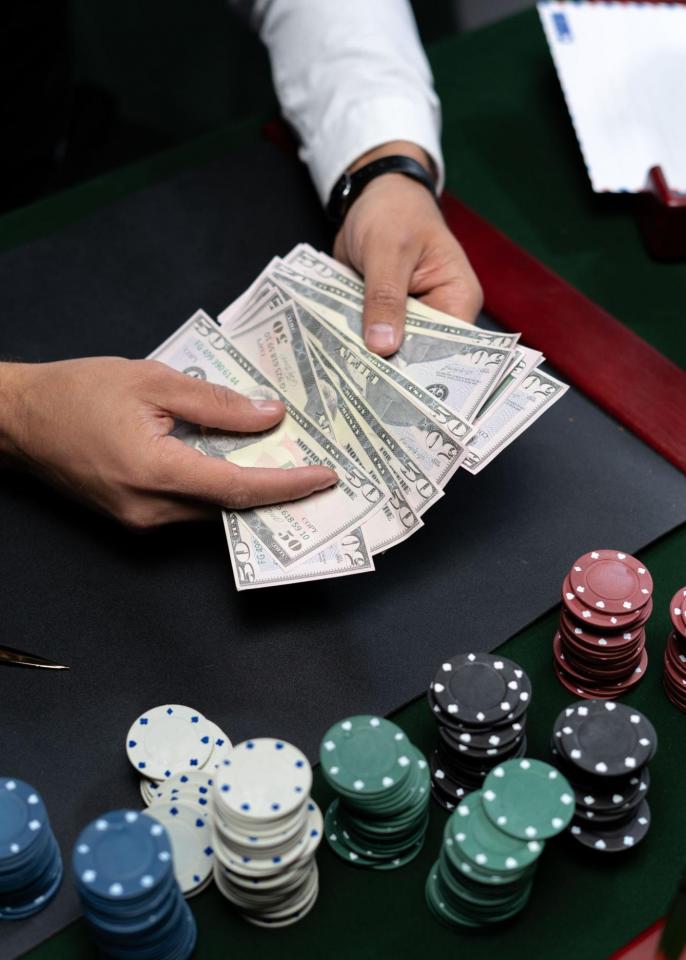 9. Black salaries - A company with dirty money may have unregistered employees without written contracts and can use that money to pay them.

10. Electronic money laundering - Cryptocurrencies like ZCash and Monero provide anonymity and can be used for illegal transactions.

Online games like Second Life and World of Warcraft convert money into virtual goods, services, or cash that can be later reversed back into money.

"Mixers" and "Tumblers" are also often used to send and receive cryptocurrency, which helps hide their illicit origin.

Anti-money laundering describes the legal controls that necessitate entities like financial institutions to prevent, detect, and report money laundering activities. These efforts have been put into place in recent decades only. 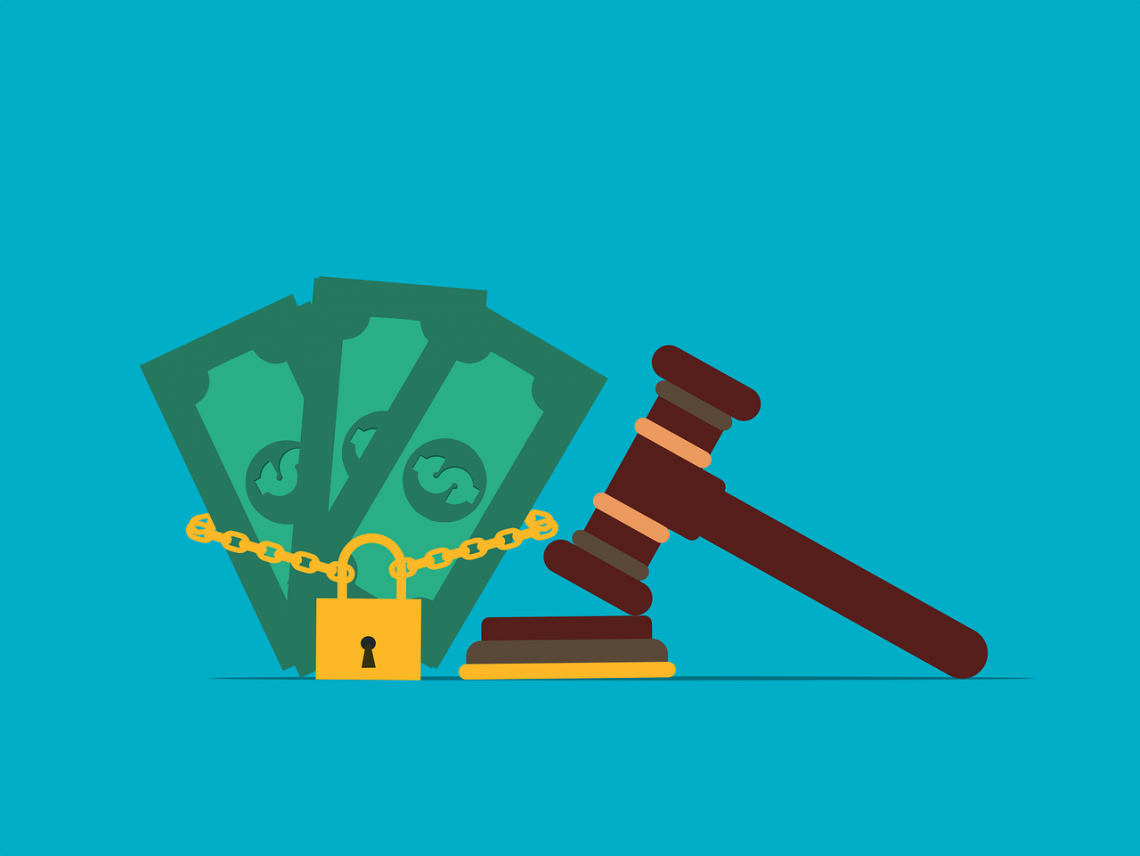 In 1989, the Financial Action Task Force (FATF) was formed by the Group of Seven (G-7) to fight against this crime on a global scale. Its scope was expanded to combat the financing of terrorism in the early 2000s.

The Federal Bureau of Investigation (FBI) and the Internal Revenue Service (IRS) regulate anti-money laundering investigations in the United States.

Financial institutions worldwide are supposed to identify and report suspicious transactions to the authorities in their respective countries. For this, they should complete the "Know Your Customer" (KYC) process.

Anti-money laundering software is also used by financial institutions, which flags suspicious transactions and alerts the bank, which must report them to the government.

In the United States, under the Bank Secrecy Act, 1970, financial institutions must report certain transactions like cash transactions above $10,000 or any other transaction they believe to be suspicious on a Suspicious Activity Report (SAR) to the Department of Treasury.

The Financial Crimes Enforcement Network (FinCEN) then uses that information and can share it with domestic criminal investigators, international bodies, or foreign financial intelligence units.

Both individuals and organized groups can carry out terrorist acts. Therefore, the form of terrorist financing varies accordingly. Nevertheless, it comprises the funding of the whole structure of terrorists, including their support network. 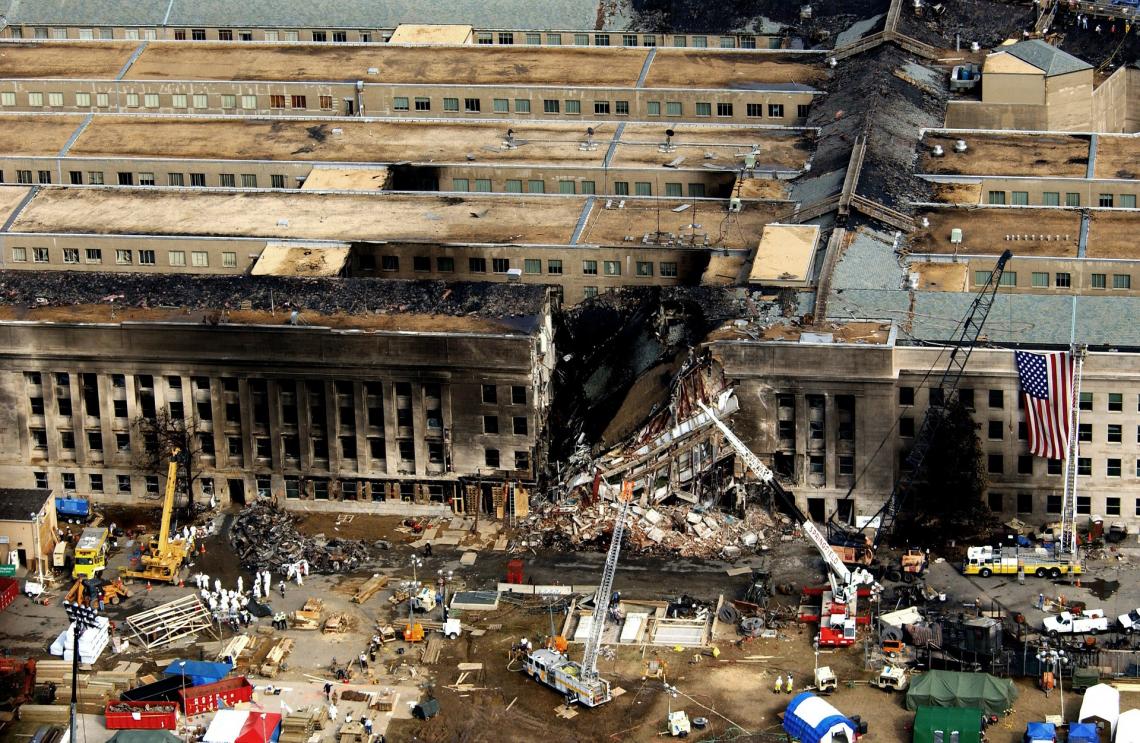 According to the International Convention for the Suppression of the Financing of Terrorism, a person commits the crime of financing terrorism: "if that person by any means, directly or indirectly, unlawfully and willfully, provides or collects funds with the intention that they should be used or in the knowledge that they are to be used, in full or in part, to carry out" an offense within the scope of the convention.

Their money comes from legitimate (like legitimate businesses and charity) and illegitimate sources (like drugs and weapons smuggling). Thus, preventing their access to financial resources is essential to combating terrorism.

They require this money to carry out terrorist attacks, maintain the organization's functioning, cover the costs incurred to spread their ideology, etc.

There is a similarity between terrorist financing and money laundering as both try to hide the funds from the government. The techniques for doing so are also similar.

Thus, combating money laundering may lead to a reduction in crimes and will have a significant benefit to society.

What influence does money laundering have on economic development?

What influence does money laundering have on economic development?

It harms financial sector institutions, which are the backbone of economic development. It promotes crime, which decreases economic growth and productivity.

This is a significant issue in developing economies as they are easy targets for money laundering activities. Thus, laundering harms the demand for money, growth rates, income distribution, tax revenues, and financial institutions of the economy.