It is a business strategy in the business field. By owning and controlling their upstream or downstream suppliers, businesses, groups, and other operating entities can exert more influence over more connections in the complete supply chain for goods or services. 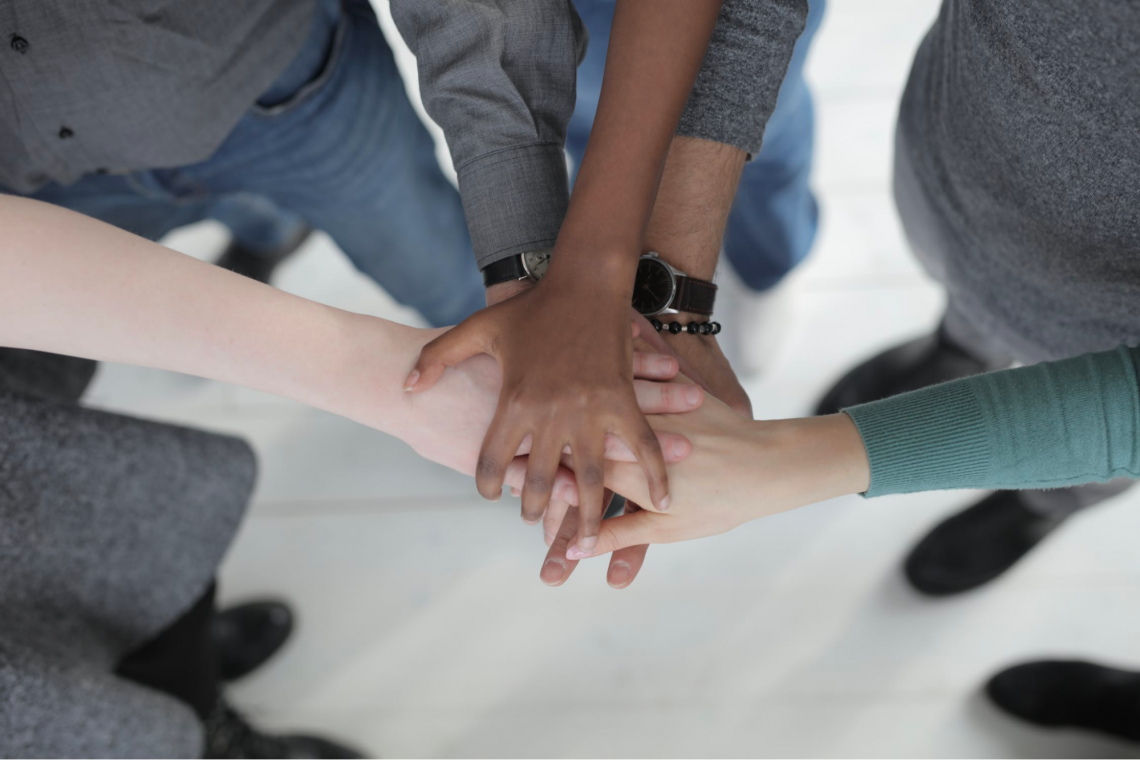 To continually increase production, it is desired to establish a closed-loop ecosystem ability.

For instance, a car manufacturer might just put together finished vehicles from store-bought components and sell them.

The entire after-sales supply chain has increased the company's overall competitiveness. This type of integration of the automotive industry is being done through this technique.

In recent years, it has appeared frequently in many fields, and it is most notable in information technology and information equipment.

Many Silicon Valley companies (such as Microsoft, Dell, Apple, etc.) are committed to building a complete, end-to-end product and service system with significant advantages in user experience, enterprise efficiency, and building barriers.

Vertical Integration in Detail & its Types

A product travels through several steps, from raw materials to finished goods and then to the consumer.

This type of integration happens when a firm starts generating materials previously supplied by its suppliers, when the company begins creating goods made from the resources it produced, or in any combination of these three scenarios.

It is the combination of two companies operating at various stages of the production process. It is a technique for altering how much control an organization has over how its inputs and outputs are distributed, such as grocery store chains and food producers. 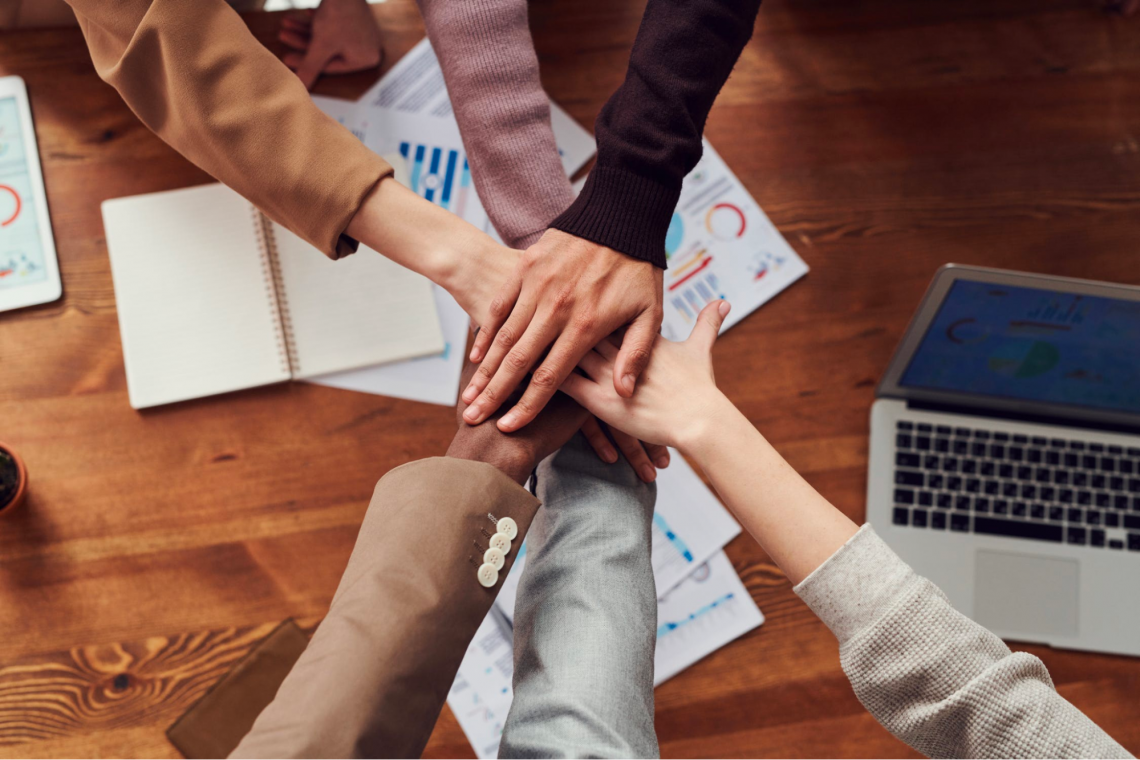 Depending on how near they are to the eventual consumer, businesses move ahead or backward from one another. Porter's value chain model best understands and applies vertical integration.

It occurs completely when a business incorporates the value chains of its distributors and suppliers into its value chain.

Unlike horizontal integration, which brings together two enterprises operating at the same stage of the production process, such as two supermarkets or two food manufacturing facilities, this type of integration involves all aspects of a business.

Centralized integration is a term commonly used to describe the fusion of two different commercial entities.

A company's integration is usually the desire to strengthen its competitive position in an original or core business. It is done by:

2. Strengthening or protecting the quality of the product 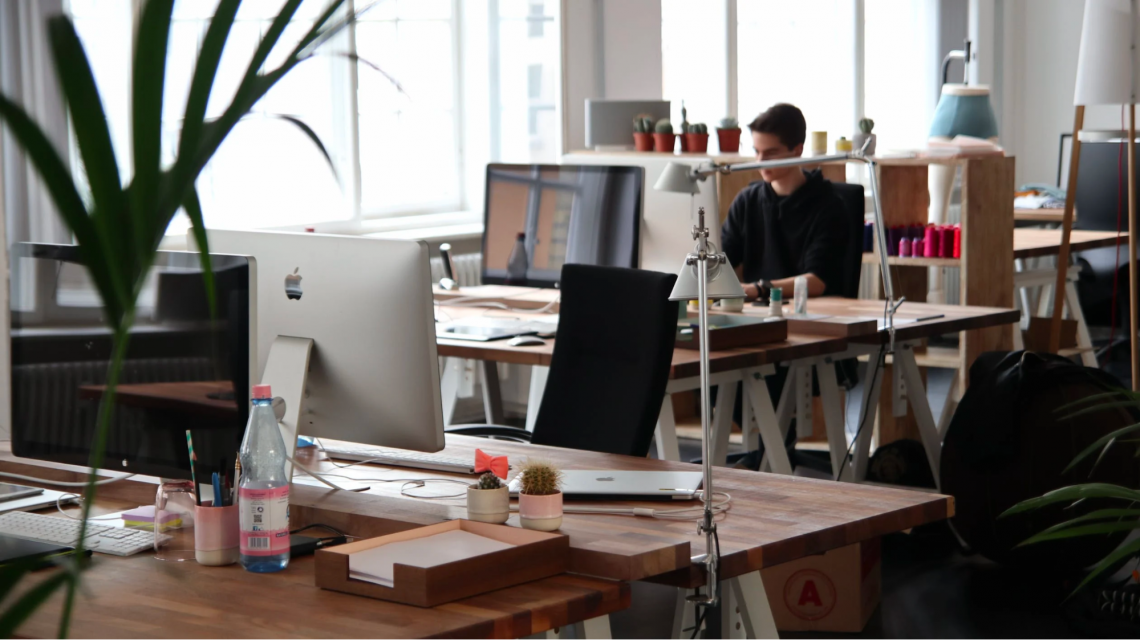 The likelihood of customers choosing their products or services is higher. They benefit because the price is lower, the quality is higher, or the product is specially made for them.

Any of the five benefits can give the business a competitive edge over companies that are not integrated.

1. Businesses are not dependent on suppliers

They are less likely to experience interruption from underachievers. They can stay away from common labor issues and strikes from businesses。

2. When suppliers have significant market sway and the ability to set terms, companies profit from vertical integration

If one of the providers has a monopoly, a business can benefit significantly if it can avoid using these services. It can lower internal expenses and provide what you need more effectively. It is less likely that essential components are absent.

3. Corporations benefit from economies of scale

The company's size then makes cost-cutting possible. By purchasing in bulk, for instance, unit costs might be decreased. Making the production process more effective is another strategy.

4. A retailer with vertical integration understands what works

The most well-known name-brand products may be "knocked out" by it. Similar packaging, marketing messages, and retail branding are produced when it imitates an ingredient or production procedure.

A powerful retailer can only do it. It is so that brand owners cannot file a copyright infringement lawsuit.

This type of integration generally can lower the price because costs are cut in a vertically integrated business and can provide consumers with savings at a lower price. Examples include Walmart, Best Buy, and most major grocery chain names.

However, this type of integration is not without its fair share of cons.

The following are the distadvantages associated with it

To establish or acquire factories, businesses must make significant financial investments. Then, to maintain productivity and profit margins, they must keep the plant functioning.

Companies with vertical integration cannot follow consumer trends that pull them away from the factory. Additionally, they cannot move factories to nations with lower exchange rates. 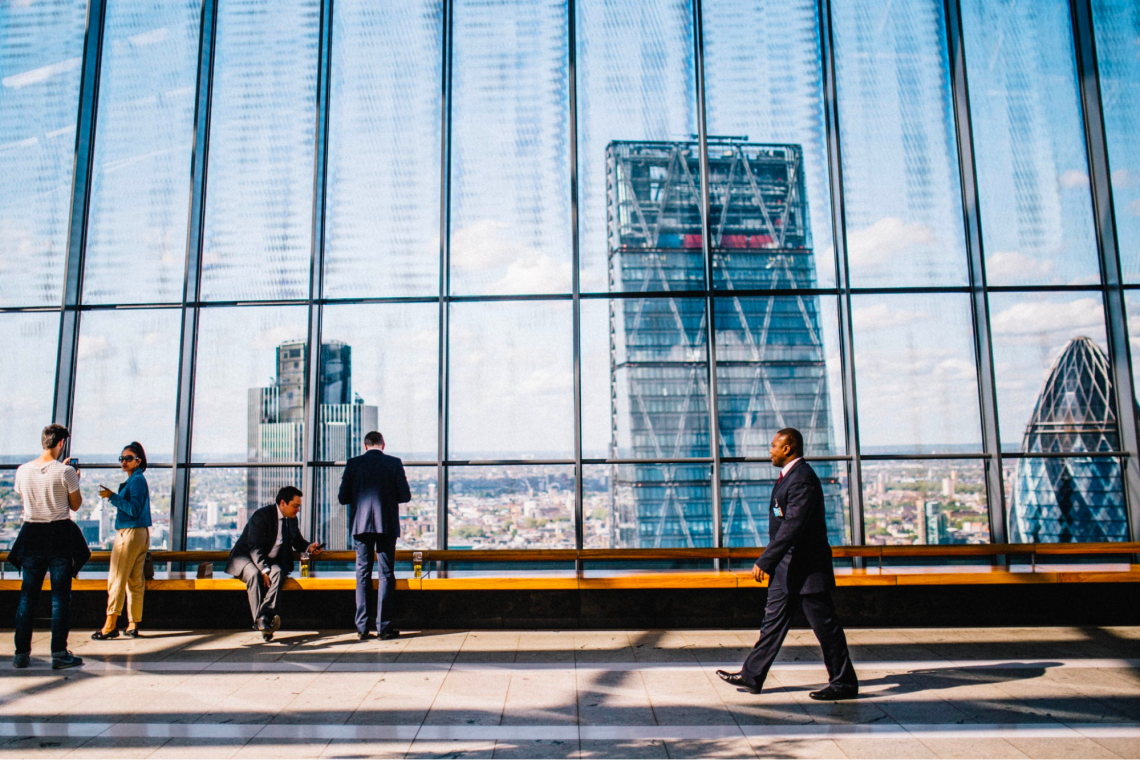 For instance, managing a lucrative factory demands different talents than managing a successful retail store. As a result, finding a CEO who enjoys the best of both environments is challenging.

Cultural clashes can lead to misunderstandings, conflict, and lost productivity. A non-integrated company can even use cultural diversity in the workplace to compete with vertically integrated companies.

Although vertical integration has a lengthy history, its strategic drivers have changed. Companies adopted this type of integration in the 19th century to increase the scope of their activities.

This integration type was primarily utilized to stabilize the supply of necessary industrial raw materials in the middle of the 20th century.

It has advantages for the company since it gives it more control over inputs, costs, quality, and transit times. This argument, however, lost its attractiveness as command-and-control organizational structures lost favor at the turn of the 20th century.

Companies struggle to develop the vertical integration strategy properly. It is frequently intricate, pricey, and challenging to undo. In the preceding step, manufacturers often integrate distributors in the following process to guarantee the market for their products.

When the economy is strong, this is beneficial. However, many businesses have to drastically reduce prices for the distributors below when demand falls to levels that can only support plant use.

Customers are frequently very hesitant to accept the following price rises, which often has the effect of driving non-integrating competitors out of the market.

The oil business has the majority of the readily apparent instances of vertical integration.

Many businesses involved in the extraction and refinement of crude oil decided to purchase distribution networks and higher-level refining firms during the 1970s and 1980s.

Every step that crude oil takes from the North Sea or Alaska to a car's gas tank is controlled and owned by companies like Shell and BP. 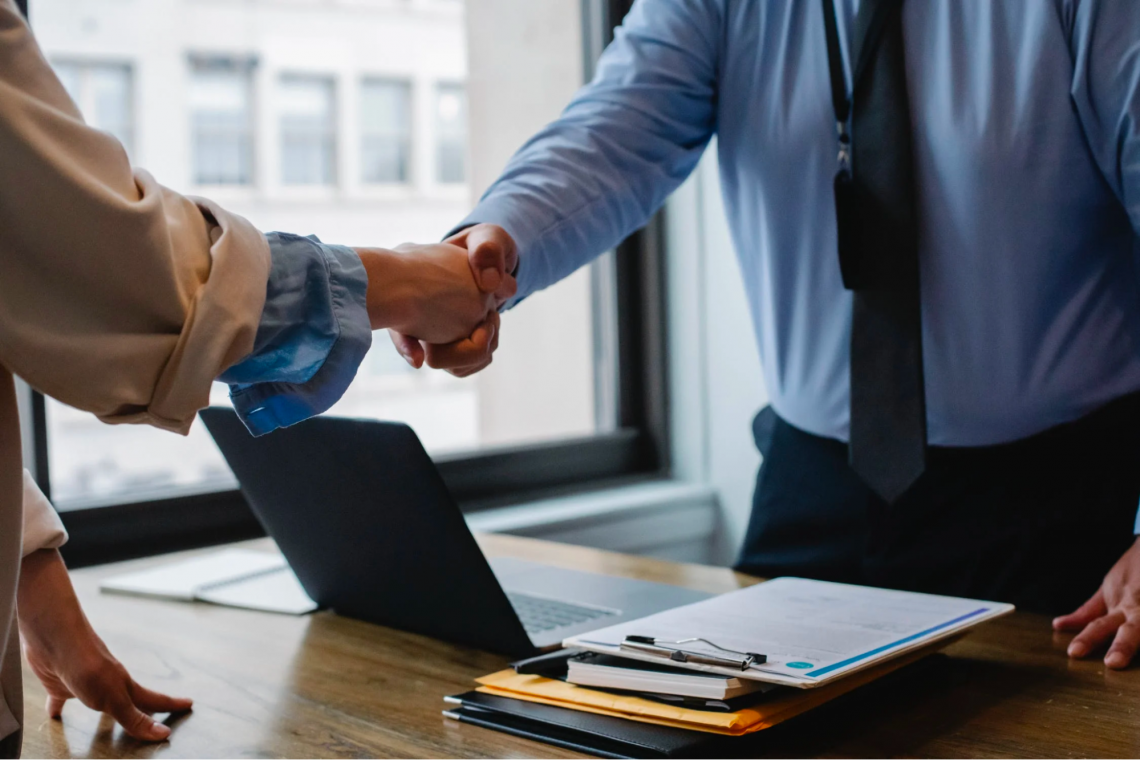 One of the most prosperous businesses of the 1990s, Dell, advanced the concept of vertical integration.

Michael Dell, the company's founder, claimed to have developed what he terms "virtual integration" by fusing the vertical integration of conventional supply chains with the unique features of virtual companies.

In contrast to the conventional buyer-supplier relationship, Dell has a stronger relationship with the companies whose components it assembles.

By using information and slack linkages to "a tightly coordinated supply chain," it accomplishes the same goal without vertically integrating these businesses into its ownership.

in the field of information technology

Leaders in information technology were at the center of the outsourcing revolution.

A vertically integrated corporation, IBM outsourced as much as possible to save costs. Microsoft, by concentrating on a specific but incredibly lucrative market: people, outsourced as little as possible.

The operating system of the machine crashed. Many Silicon Valley businesses today take pleasure in being full-stack, but the re-focused model is prevalent everywhere, from manufacturing to fashion.

This reversal has several causes, but the three most important ones are listed below.

"Simplification" is the most crucial of these.

Because they don't have to deal with several suppliers or load and unload various parts, customers are willing to pay extra for an appropriately integrated product.

All they want to do is press a button, and the machine will take care of the rest. That is primarily why Apple and wireless thermostat manufacturer Nest chose an integrated model.

The second reason is that businesses at the forefront of technology discover that their internal processes are more effective.

Companies that consistently place bets on the future are forced to invest vast sums of money in new endeavors and cannot obtain resources from other sources.

It explains why Tesla wants to construct a sizable battery facility, as the battery's usable capacity now represents the most prominent development roadblock for the business.

In an unprecedented amount of outsourcing, Boeing has attempted to outsource to hundreds of different suppliers the manufacturing of 70% of its 787 Dreamliner to reduce costs.

The outcome was disastrous, with late deliveries and no snap-together. Later, Boeing had to change its strategy and operations, bring manufacturing back in-house, and acquire a facility.

The third justification is "choice." The more products available on the market, the more crucial it is to establish a connection with the customer. 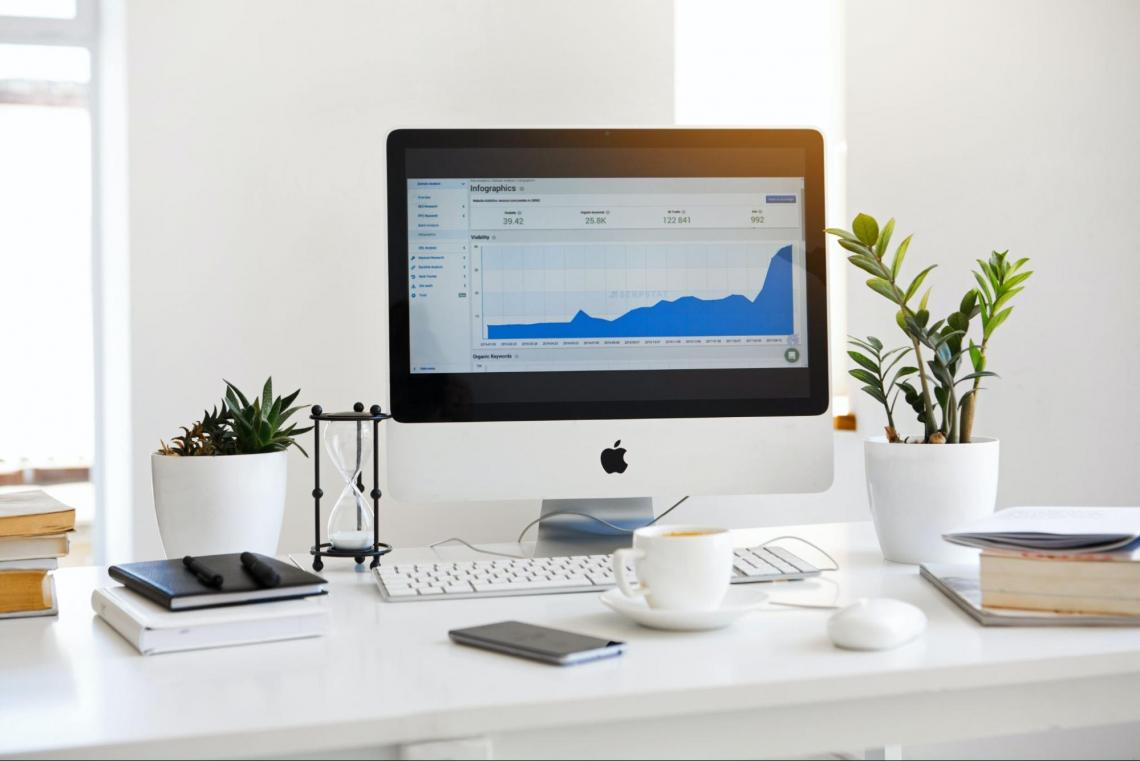 To keep customers from shopping for premium content elsewhere, both Netflix and Amazon are now producing their TV shows.

A German razor blade plant was purchased by Harry's, an American corporation that frequently sends its customers razors and shaving cream, for $100 million.

Vertical Integration in Other Industries

A company's reaction may cement a customer's choice.

They benefit greatly from this since they can take advantage of the most recent trends and put them into products, typically in small batches, that are available in a matter of weeks. 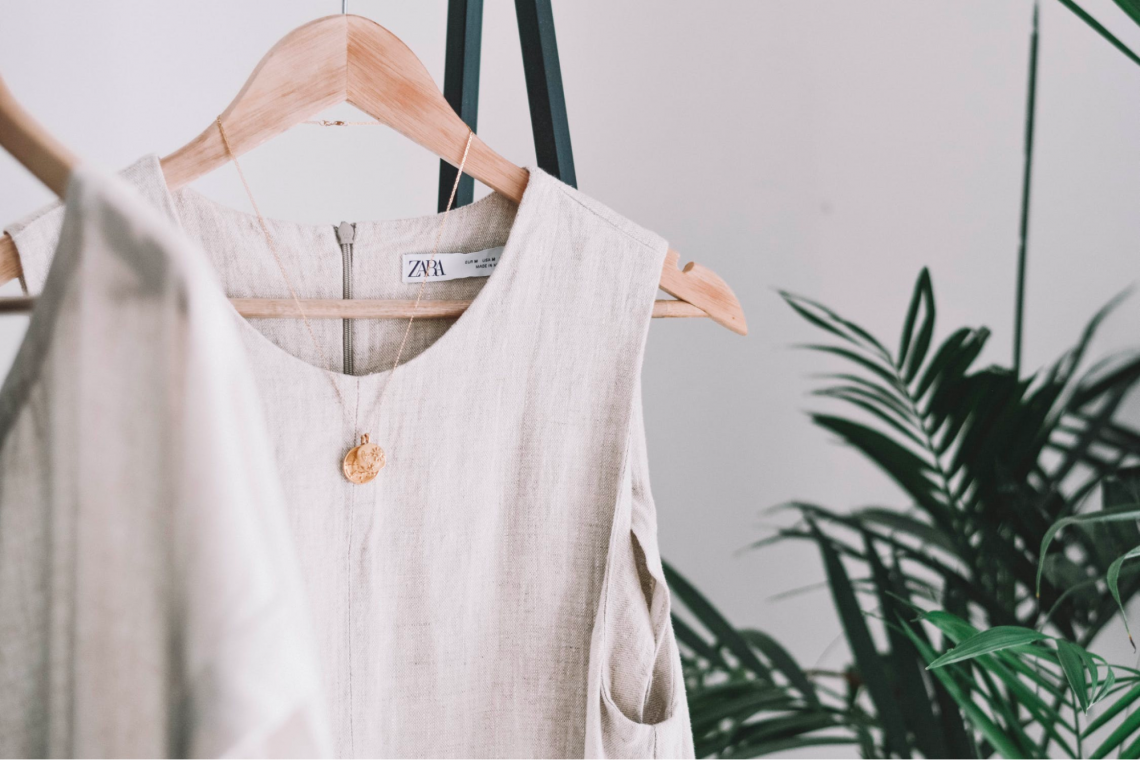 The second thing is that a mood blends traditional geopolitical and environmental concerns.

IKEA, a Swedish furniture retailer, purchased around 100,000 acres of forest in Romania and the Baltics in 2015.

To provide their cruise customers with accessible and undeveloped destinations to visit on their cruise lines, Costa Cruises and Disney have acquired islands in the Caribbean and Panama.