It refers to the price of a euro in dollars.

"Eurodollar" refers to all U.S. dollar deposits in banks outside the U.S., including international branches of U.S. institutions.

Note that the euro dollar is not a specific form of the U.S. dollar. Instead, it has the same exchange rate with foreign currencies as any other U.S. dollar. 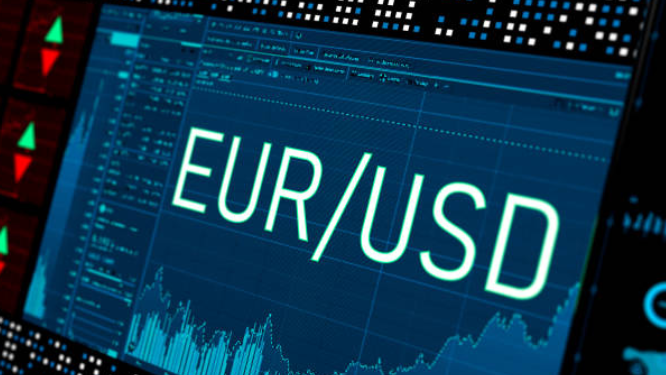 Eurodollars were created due to a regulation established by the Board of Governors of the United States Federal Reserve System that prohibits banks from paying interest to depositors over a particular limit.

Increases or decreases in the potential for eurodollar holdings, on the other hand, are directly related to deficits and surpluses in the United States government budget. 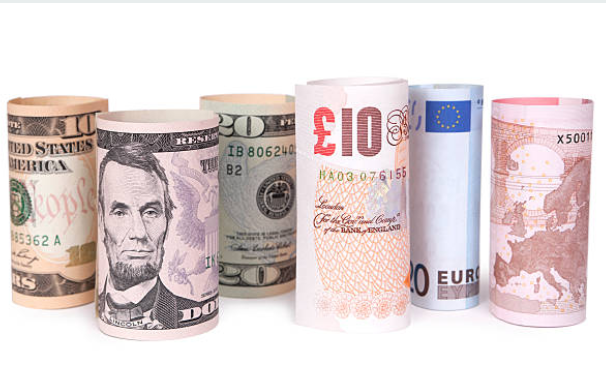 What is the Euro?

The European Union (E.U.) is a political union of 27 nations that have agreed to follow specific regulations. All members of the E.U. are also part of the European Monetary Union, which aims to integrate the E.U. economies and conducts monetary policy for the Eurozone.

While, in theory, Romania, Bulgaria, etc., could eventually join the Eurozone, they don't use the Euro, which is important to remember. While all E.U. members are in the EMU, that doesn't mean they're all in the Eurozone.

Note that Denmark has opted out of using the Euro.

The Euro is a free-floating currency, meaning it isn't pegged (fixed) to any other currency. As a result, it can freely change in value relative to other floating currencies such as the USD. However, some currencies are fixed to the Euro.

The euro currency was created due to the Maastricht Treaty in 1992. It was first used as an accounting currency in 1999.

The Euro started circulating on January 1, 2002, and over many years, it became the recognized currency of the European Union. The Euro eventually replaced several E.U. member states' national currencies.

As a result, the Euro integrates and reflects the condition of several European economies. The Euro also eliminates the need for currency exchange and makes business and travel easier for members of the European Monetary Union.

The Euro is the second most heavily traded currency in the forex market, after the U.S. dollar.

What is the Euro-Dollar (EUR/USD) Conversion Rate? How is it Calculated?

The Euro to U.S. dollar conversion rate is the number of U.S. dollars one euro buys.

EUR/USD = USD per one Euro

It is the standard way of stating the exchange rate between two currencies. This article will offer an overview of the elements that influence the exchange rate, currency risk, and factors that investors and speculators should be aware of.

Be careful when looking up exchange rates, as various countries use "dollars," including New Zealand (NZD) and Canada (CAD). 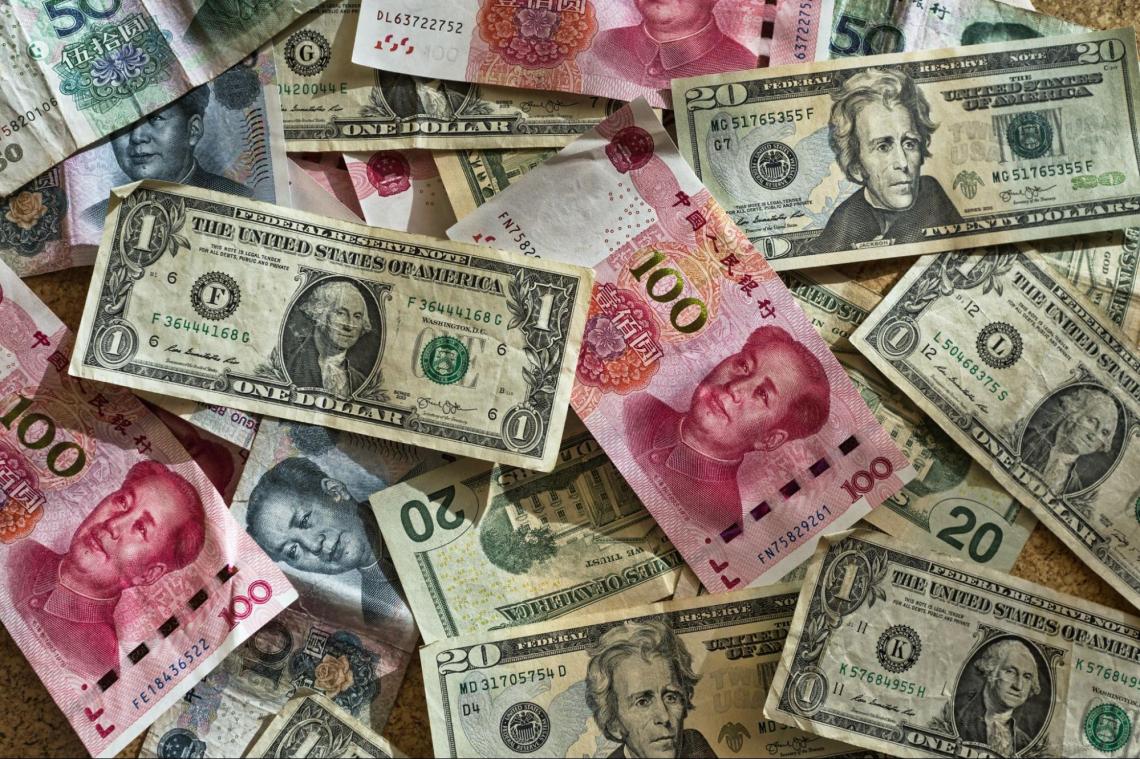 Here are a few examples of calculating the Euro to U.S. dollar exchange rate.

Question: Given a EUR/USD rate of 1.25 and 364 euros, how many U.S. dollars would an investor receive if they traded them at the present rate?

Question: If the EUR/USD rate is 1.42 and an investor has 267 USD, how many euros would they receive at the present rate?

Question: What is the current Euro to U.S. dollar conversion rate if an investor converts 796 USD into 610 EUR?

What Determines the Euro's Value?

The Euro has a variable exchange rate that is determined by three factors: 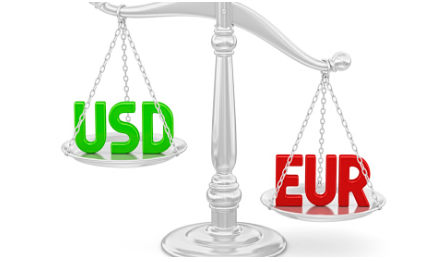 Forex traders react to these variables and buy or sell the Euro, determining whether the currency's value rises (appreciates) or falls (depreciates).

When European economic development is robust or interest rates rise, traders are likely to forecast a gain in value. They then bid up the price believing that the value will rise.

Others may examine the same data and conclude that the value of the Euro will fall rather than rise; these traders begin to bid down the price.

This causes the volatility and intricate interconnections behind forex pairings (for example, EUR/USD, USD/JPY) that decide the price of a currency at any particular time.

The U.S. and E.U. are two of the world's largest economies. The EUR/USD pair has become the most commonly traded pair in the world.

It is influenced by many factors affecting the domestic economies of both parties, along with global financial trends. 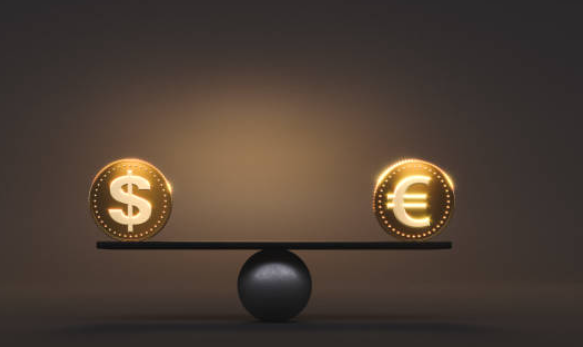 As a result, the difference in interest rates dictated by the European Central Bank (ECB) and the Federal Reserve (Fed) influences the relative value of these currencies.

Similarly, unfavorable news from the E.U. decreases the price of a Euro. The news of Italy's and Greece's government financial crises and immigration surge triggered a euro selloff, causing the pair's exchange rate to drop.

How to Read a EUR/USD Price Chart

Unlike a stock price chart, where the stated price directly indicates a stock price, the price shown on a currency pair price chart represents the exchange rate of the two currencies.

An exchange rate shows how much of the currency you need on hand (base) to buy a unit of the desired currency (quote).

As a result, a chart's directional signal matches, So green means the base buys more quote (appreciates) and red means it buys less (depreciates) In the base currency. In this case, the base is euros, and the quote is U.S. dollars.

Using the prior example, if a trader buys a long position in the EUR/USD currency at 1.2 around June 2021, as the rate falls to 1.04, the Euro depreciates (as seen in the price chart), or the U.S. dollar appreciates.

However, it is critical to recognize that the pair's base currency is fixed and always represents one unit. As a result, the rate does not represent the cause of the base currency's appreciation or depreciation.

The EUR/USD rate may rise because the Euro or the U.S. dollar is weakening. Either circumstance causes an increase in the rate (price) and a matching increase on the

What is the Eurodollar Market? 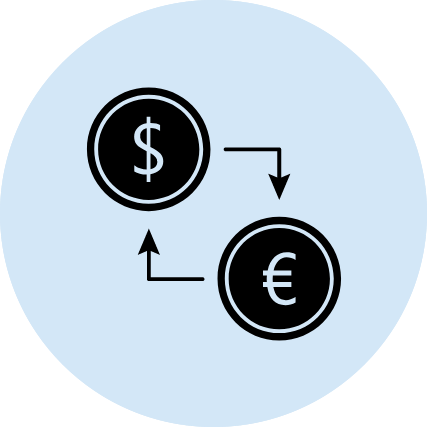 However, in a broader sense, the eurodollar market includes all external lending and borrowing of the U.S. dollar. This can be anywhere in the world, not necessarily only in the E.U. The "euro" prefix refers to a currency held outside its home market.

In a nutshell, the phrase eurodollar refers to the external markets for the U.S. dollar.

The market for such dollars is only open for lending and borrowing in nations where the dollar is not the dominating currency because the term "eurodollar" refers explicitly to dollars.

Eurodollar transactions are distinct because they use dollars stored outside the U.S. The Eurodollar market draws capital by offering high-interest rates, more maturity flexibility, and a broader choice of investment options.

Even though the eurodollar market is entirely unofficial, it has become a vital feature of the international monetary system. It is one of the most important marketplaces for short-term investments.

Issues caused by the Eurodollars Market 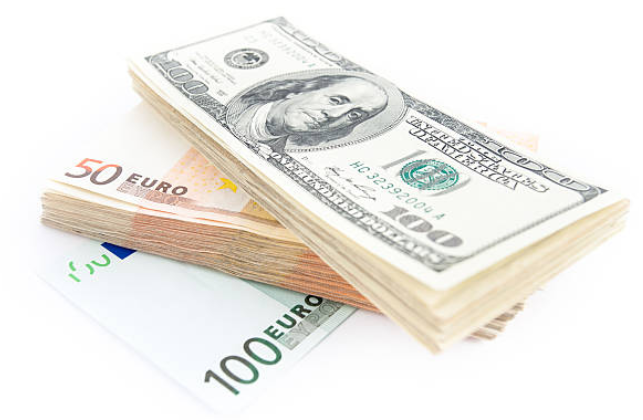 The eurodollar market has created two major issues for countries that trade.

First, there is a risk of over-extension of dollar credit by domestic banks in the country, which could result in high demand pressure on the official foreign exchange.

Second, the eurodollar market is another channel for the country's short-term international capital movement.

This may increase the volume of capital inflows and outflows, endangering the country's foreign exchange reserves and the effectiveness of domestic economic policies.

It has a destabilizing effect. It puts additional pressure on the exchange rate. As a result, the central bank may be forced to use its foreign exchange reserves to defend the peg in countries that maintain a fixed exchange rate with the USD.

This may necessitate more U.S. dollars than the central bank possesses. If these additional reserves are not acquired, the current exchange rate may be jeopardized, resulting in a currency crisis.

Advantages and Disadvantages of the Eurodollar Market

The Impact of the Eurodollar Market on the International Financial System

Some of the impacts are:

1. The dollar's position has temporarily strengthened because its operations of borrowing dollars have become more profitable than its holdings. 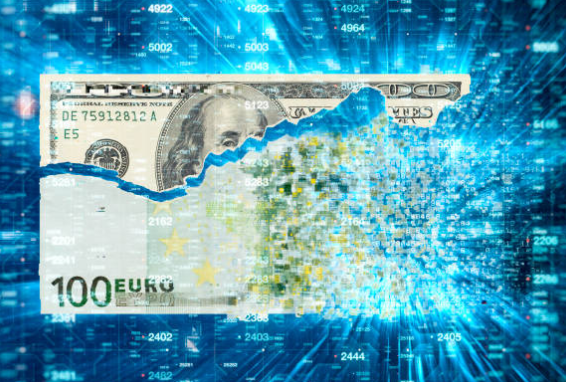 2. It makes it easier to finance balance-of-payments surpluses and deficits. Countries with a deficit balance of payments, in particular, tend to borrow funds from the eurodollar market, relieving pressure on their foreign exchange reserves.

3. It has facilitated international financial cooperation and made business easier.

4. The rise of the eurodollar over the last decade has contributed to alleviating the global liquidity crisis.

1. It has evolved into a truly global short-term money market

2. It is unofficial yet significant, with an estimated market size of $13.8 Trillion in 2016

3. It is completely free of taxes and regulations

4. It is a competitive environment

It is a more adaptable capital market because the loan rates of dollars in the eurodollar market are significantly lower.

The original users of the eurodollar market were business enterprises in Europe and East Asia that considered eurodollars to be a cheaper means of financing their imports from the United States.

Be careful not to confuse the Eurodollar market with the forex EUR-USD market, in which: