When You Wish Upon a Stock 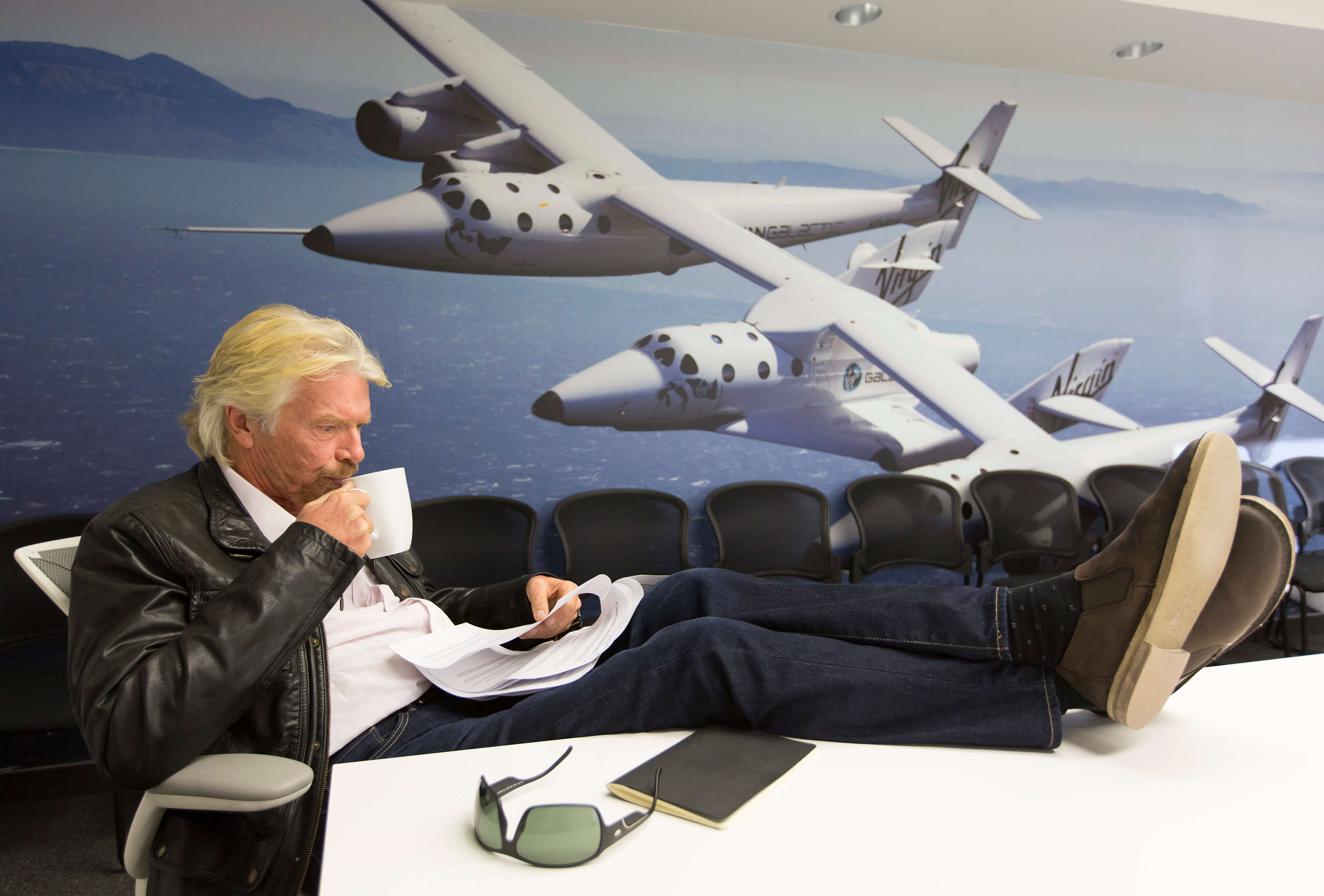 Today, many of you can fulfill your childhood dream of becoming an astronaut…

How we got here

Forget the sappy "gazing at the stars" part, let's talk about the financial engineering.

"We are confident that VG is light-years ahead of the competition," Palihapitiya said.

It's light-years ahead of something

In August, Virgin Galactic opened Spaceport America, its futuristic launch site in rural New Mexico. From there, it expects to send wealthy explorers to the edge of space, give them a glimpse of Earth's curvature, and bring them home with an enviable amount of Insta ammo.

Zoom out: The extent of demand for Virgin Galactic's services will be a question mark. Space travel is expensive, complex, and dangerous. A Virgin test flight in 2014 crashed, killing a co-pilot and seriously injuring the other.

Looking ahead...Virgin Galactic's listing is a big moment for space travel. But its sister brands are also making big moves here on Earth, writes Bloomberg. The airline Virgin Atlantic is expanding into India, Virgin Hotels is more than doubling its size, and the new Virgin Voyages cruise line will begin sea trials next year.

LVMH Gets Down on One Knee for Tiffany

The French luxury group behind brands like Louis Vuitton and Givenchy submitted a takeover proposal to the NYC-based jeweler earlier this month, per multiple reports. It'd be LVMH's biggest-ever acquisition.

LVMH is a $215 billion luxury powerhouse with a stake in everything from fashion to alcohol to hotels. Despite the trade war and turmoil in Hong Kong (which accounts for 6% of sales), things are as smooth as a Dom Pérignon Vintage 1961: LVMH reported a surprise 11% sales bump in Q3.

There's always room for improvement. Watches and jewelry is its slowest growing segment, and LVMH wants to boost its presence in the U.S., its second-largest market.

Looking ahead...Tiffany's reviewing the offer, but both companies are tight-lipped for now. 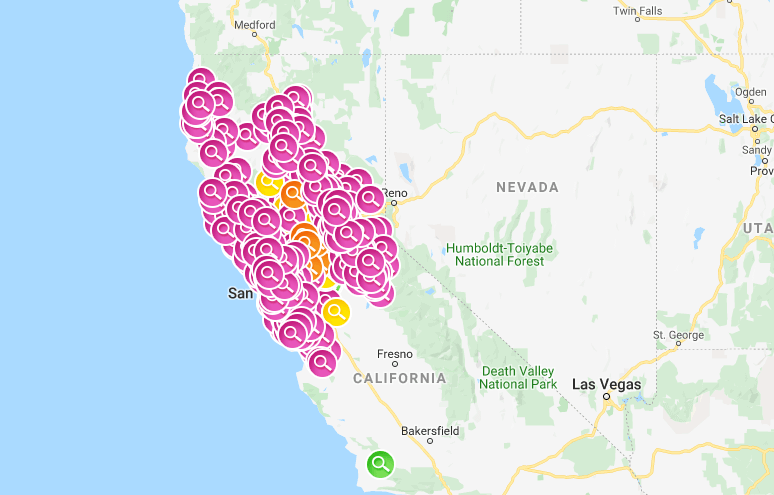 This a screenshot from PG&E's Outage Center yesterday at noon, showing where power has been shut off across northern California. The utility has cut power to more than 2.5 million people in the largest blackout to prevent wildfires in California history.

The high winds that provoked the outages are expected to die down Monday, but restoring power could take a few more days after that.

Meanwhile, nearly 200,000 people were ordered to leave their homes as the Kincade Fire continues to burn in northern California's wine country.

It understands words and small phrases, but often thinks you want to take a train from O'Hare instead of to it. In the coming weeks, that's going to change.

On Friday, Google said it's rolling out the biggest upgrade to its search engine in years. It's adding capabilities in natural language processing and machine learning (a subcategory of artificial intelligence) to help make sense of users' questions and deliver the most relevant results.

15% of daily queries are ones Google hasn't seen before. And tools like smart assistants are making conversational queries the norm.

Users, all you'll notice is better search results. Businesses, there may be some changes.

Bottom line: There's a $70 billion industry built around gaming the algorithm to land on Google's front page. This change could make companies' on-page SEO (how they precisely use keywords) more important, according to experts. Because if you don't make the front page, you're SOL.

Does watching the World Series feel a little too much like watching Meet the Press? Might be the commercials.

In the first two games between the Nationals and the Astros, more ads were aired for advocacy and corporate social responsibility than any other ad category, per Advertising Analytics data cited by Axios's Sara Fischer.

Why this is happening: Well, even the D.C. elite like baseball teams (it polls well). And the team they're most likely to root for-and watch on TV-is the Nats. "This is a once-in-a-lifetime opportunity for brands to reach Washington decision makers in a casual environment," Fischer writes.

Strong contender for the most packed week of 2019.

Today we're going to test your awareness of Halloween-related searches on Google.