A statistical function found in Excel that calculates the probability of a range of values.

The normal distribution function (NORM.DIST) is a statistical function found in Excel that calculates the probability of a range of values or an exact value occurring. 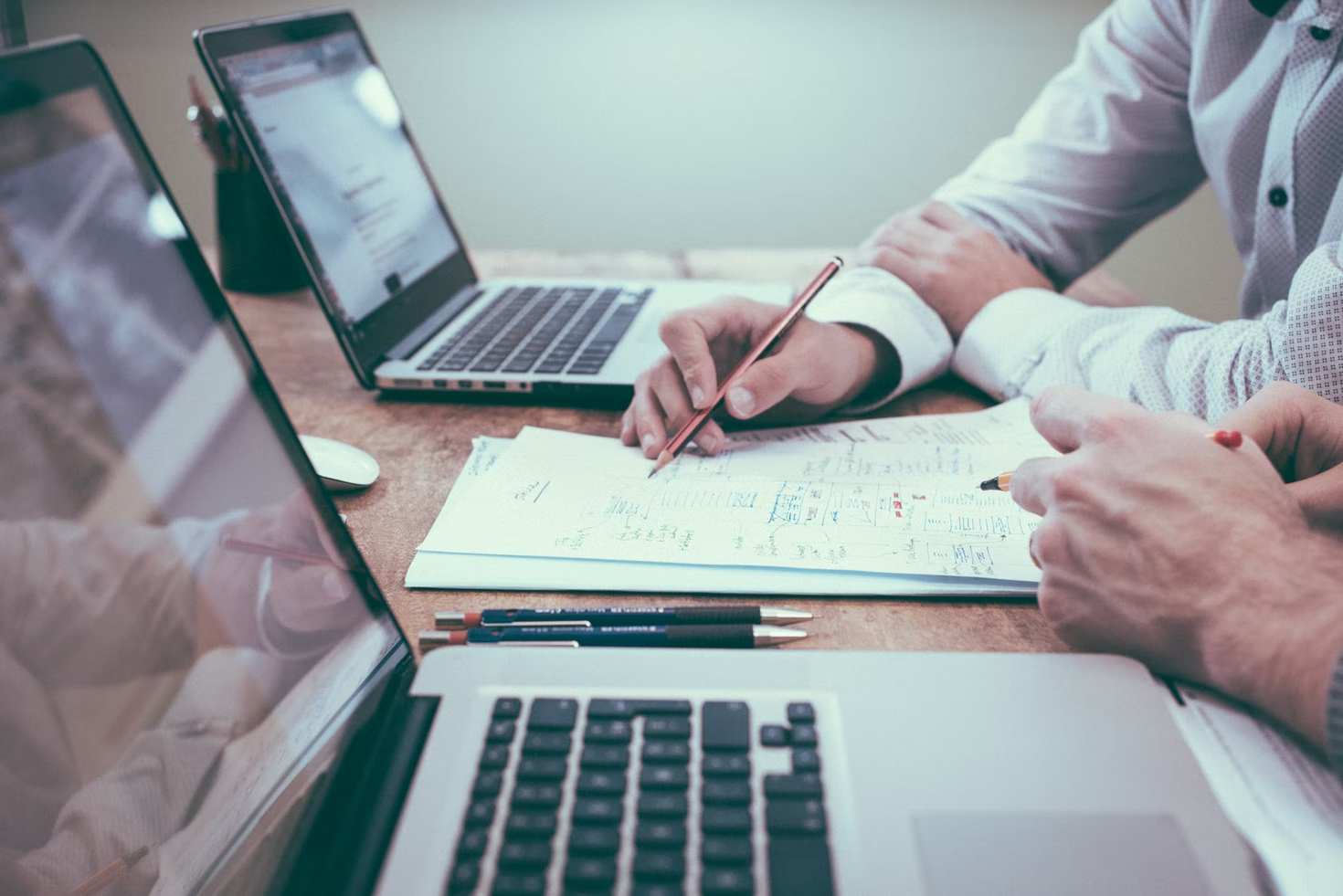 This function helps calculate more accurate probabilities than a normal distribution table, also known as the z table. Additionally, an Excel function is efficient, especially if the user has to repeat the process several times or does not know the exact statistics behind the function.

Syntaxes for the normal distribution function and related functions

When using Excel, it is crucial to understand how key functions work and what needs to be inputted for accurate outputs. This program is precise, so using arguments that do not follow the correct syntax could lead to inaccurate answers or error messages.

Thus, we will be discussing the correct syntax for the normal distribution function and those for the mean and standard deviation functions, as the latter two are important to the first.

Note that "number1" and "[number2]" are cell names, hard-coded values, or ranges for which the user would like to calculate the mean.

Note that "number1" and "[number2]" are cell names, hard-coded values, or ranges for which the user would like to calculate the standard deviation.

Examples of mean and standard distribution in Excel:

In the images above, we can see how, by inserting the cell names into the given formulas, we can get the mean and standard deviation of these data points.

This will be helpful in future examples, as we will use this mean and standard deviation throughout this article.

Examples of normal distribution in Excel

Because we already have the mean and standard deviation, we can use the cell names in the formula instead of typing out the number.

For the cumulative section, we will type "TRUE" to indicate that we want the probability that a point is less than or equal to the "x" value. 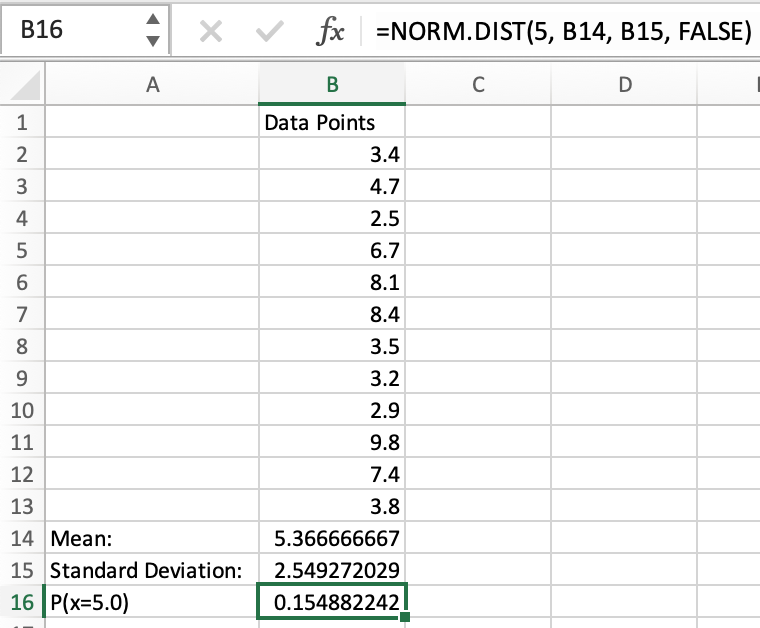 In reference to example 1.1, we can subtract .4428 from 1, which would give us the inverse of what we previously calculated. 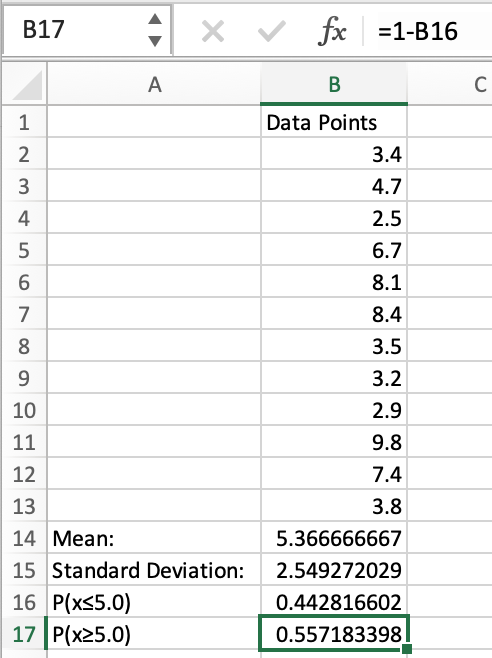 Because we have already calculated the mean and standard deviation, we can use the respective cell names in the formula instead of manually typing in the numbers.

For the cumulative section, we will type "FALSE" to indicate we are looking for the probability of a value equaling the "x" value. 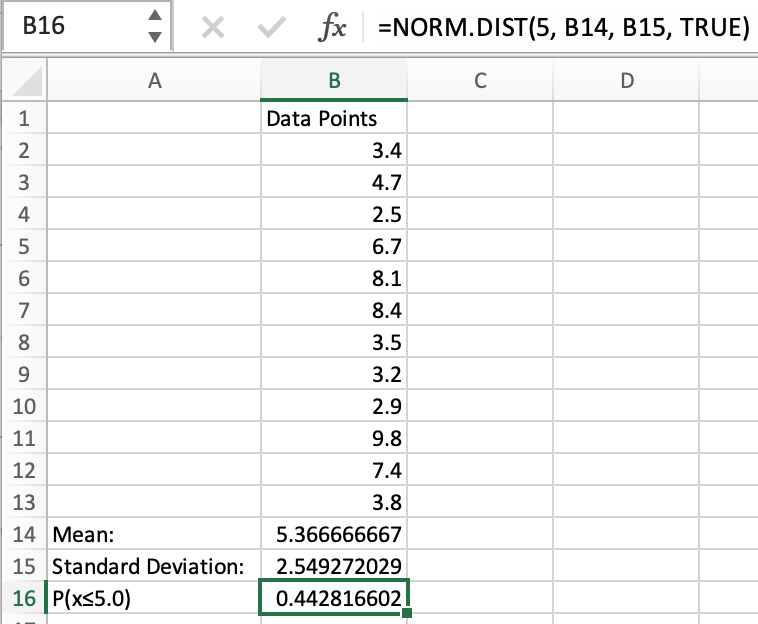 This means that if our data were normally distributed, there would be an 84.51% chance that a random value would not be 5.0. 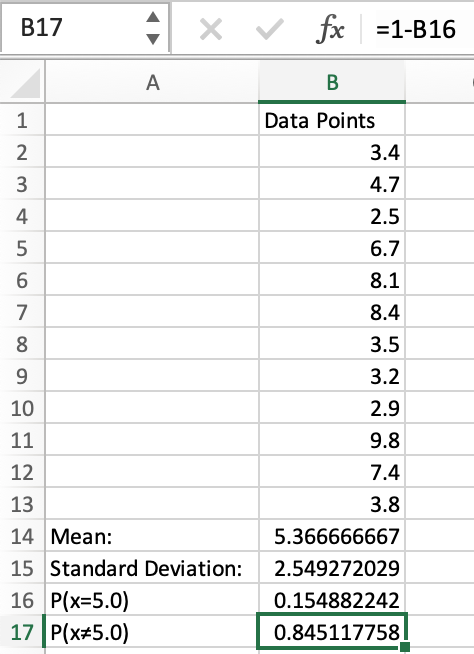 As mentioned above, the user must precisely input data into Excel formulas to get accurate outputs.

Nevertheless, mistakes are bound to happen, so we will discuss some common mistakes users make that lead to error messages.

These errors exist because it alerts the user that they have inputted values that are not mathematically sound. Statistics require precision; these error messages help the user get exact probabilities.

Excel is a helpful tool but requires some critical thinking to use efficiently. However, by understanding the statistics behind the function and the arguments the formula requires, a user can avoid these error messages and receive highly accurate outputs.

In older versions of Microsoft Excel, NORM.DIST was written as NORMDIST, and either will work on current versions of the application. 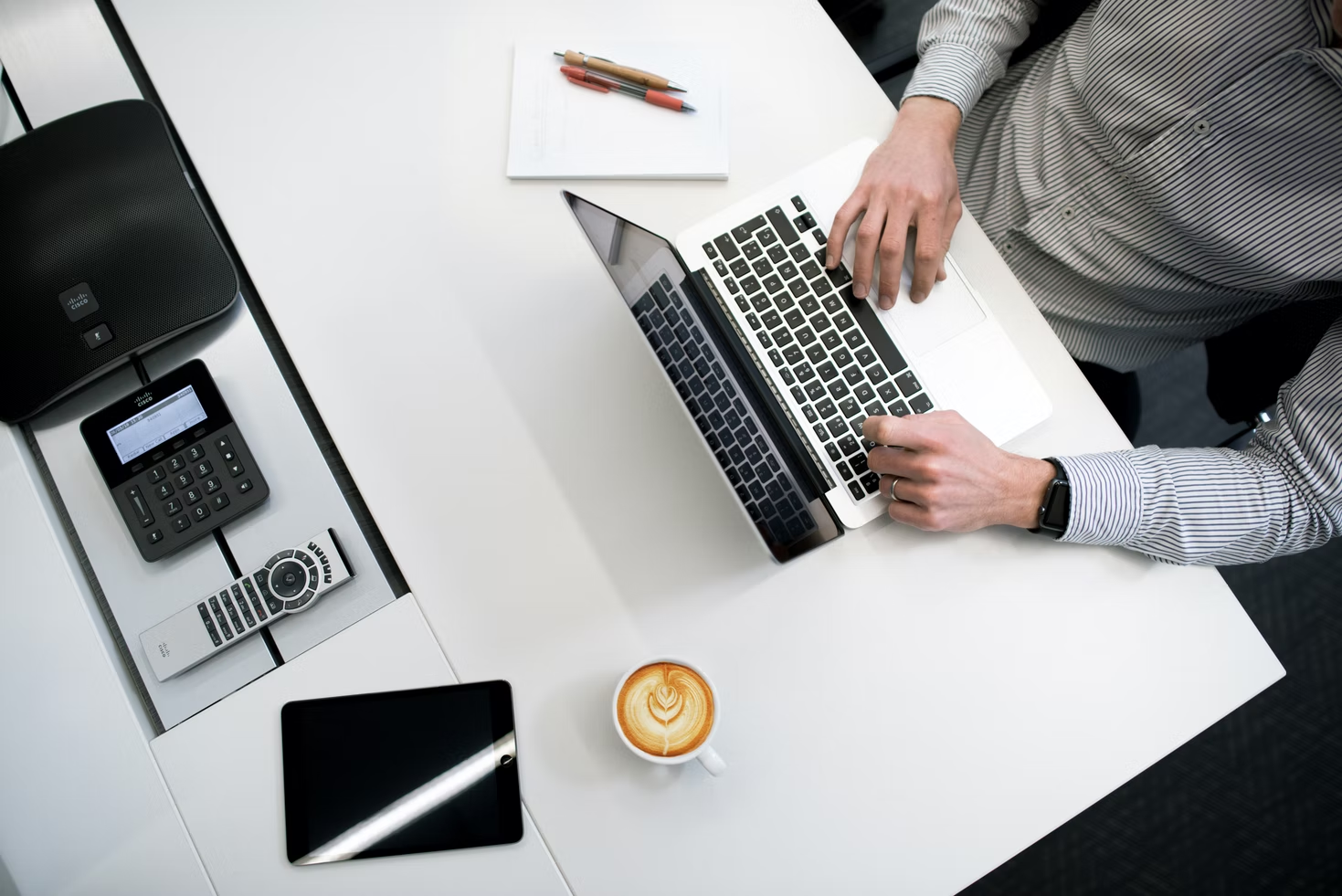 NORM.DIST and NORM.S.DIST are theoretically very similar, as they are both used to calculate probabilities. However, a standard normal distribution can only be used when the mean is 0, and the standard deviation is 1.

Thus, in the examples provided above, we cannot use NORM.S.DIST unless we were to standardize the distribution.

Also, the Excel formulas are quite different for these two. As previously mentioned, the formula for a normal distribution is NORM.DIST(x, mean, standard_dev, cumulative).

The formula for a standard normal distribution is NORM.S.DIST(z, cumulative). The "z" (as in z-score) is similar to "x," as they are both the values wanted for the distribution, and the "cumulative" part is the same in both formulas.

The NORM.S.DIST function does not ask for the mean and standard deviation because they are assumed to be 0 and 1, respectively.