A way to calculate the Gross Domestic Product (GDP) of a country.

The expenditure method is a way to calculate the Gross Domestic Product (GDP) of a country.

It states that everything spent by the private sector, including consumers and private enterprises, and the government inside the borders of a certain nation must add up to the entire value of all completed products and services produced during a specific time period.

This approach yields nominal GDP, which must be adjusted for inflation to provide real GDP.

This method includes the public's consumption of goods and services, expenditure on investments, government spending, and net exports of a country. It is also known as the income disposal method.

The consumption of goods and services by the public drives economic activity and manages production.

Government spending is the public sector's money on goods and services, such as education, healthcare, and defense.

It is understood that all factor income produced is spent in the form of expenditure incurred in the production of products and services and circulated by firms in an economy.

Over time, these funds add to the overall worth of all finished products and services. This approach yields nominal GDP, which, as mentioned previously, must be adjusted for inflation to provide real GDP.

However, aggregate demand often takes into account the average price of all commodities and services produced and consumed in a given country.

Gross domestic product (GDP) is a standard measure of the value added generated by a country's production of goods and services over a certain period.

GDP comprises commodities and services generated for market sale and certain non-market outputs, such as government-provided defense or education services.

GDP is significant because it provides information on the size and performance of an economy. In certain circumstances, GDP may be increasing but not quick enough to produce ample employment opportunities. 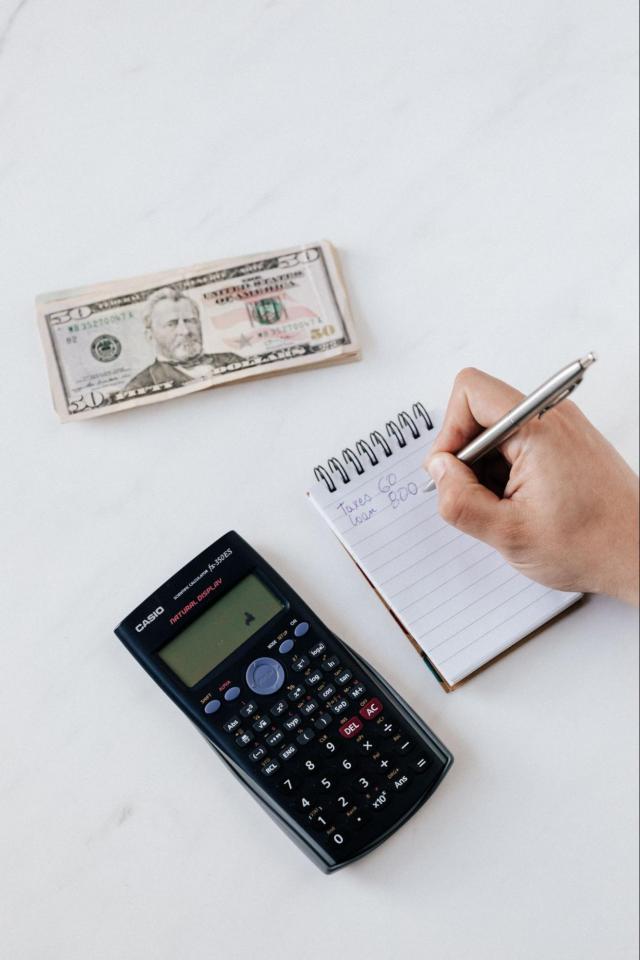 The term expenditure refers to spending and is essentially equivalent to demand. Total spending in the economy is known as aggregate demand.

Therefore, the formula of GDP through the expenditure demand and aggregate demand is the same. The expenditure approach calculates GDP from a variety of data sources.

It computes the amount of money spent within an economy over a specific period. It encompasses all public and private consumption, government investments and expenditure, private investments such as capital, and net exports brought into the economy for sale.

Since spending is a symptom of and identical to demand, an increase in aggregate demand will always be seen within the expenditure method because both will increase GDP.

It is an essential method to assess GDP since it reflects the entire dollar amount spent within an economy over a certain period. Fluctuations from quarter to quarter and year to year might reveal economic trends.

When the overall value of products and services sold by local producers to foreign nations surpasses the total value of foreign goods and services purchased by domestic consumers, a country's GDP rises.

GDP is of two types, namely nominal GDP and real GDP. Real GDP is a better tool for expressing long-term national economic performance, as it is measured according to a base year, thus ignoring the effects of inflation.

On the other hand, nominal GDP measures the country's GDP based on the current price without the adjustment for inflation. 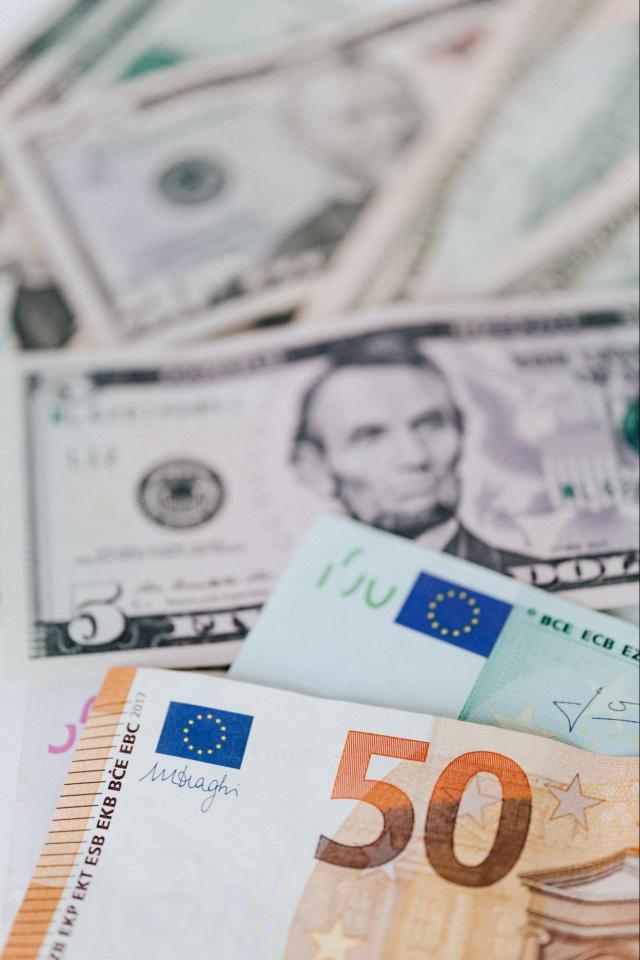 The expenditure method is one of the many ways to calculate GDP. This method includes the consumption of goods and services by the public, expenditure on investments, government spending, and net exports of the country.

The income method adds up all the earnings of a country accrued by the elements of production through rent, wages, profits, interest, and so on to determine national income.

This approach is also commonly referred to as the factor payment method or the distributive share method. 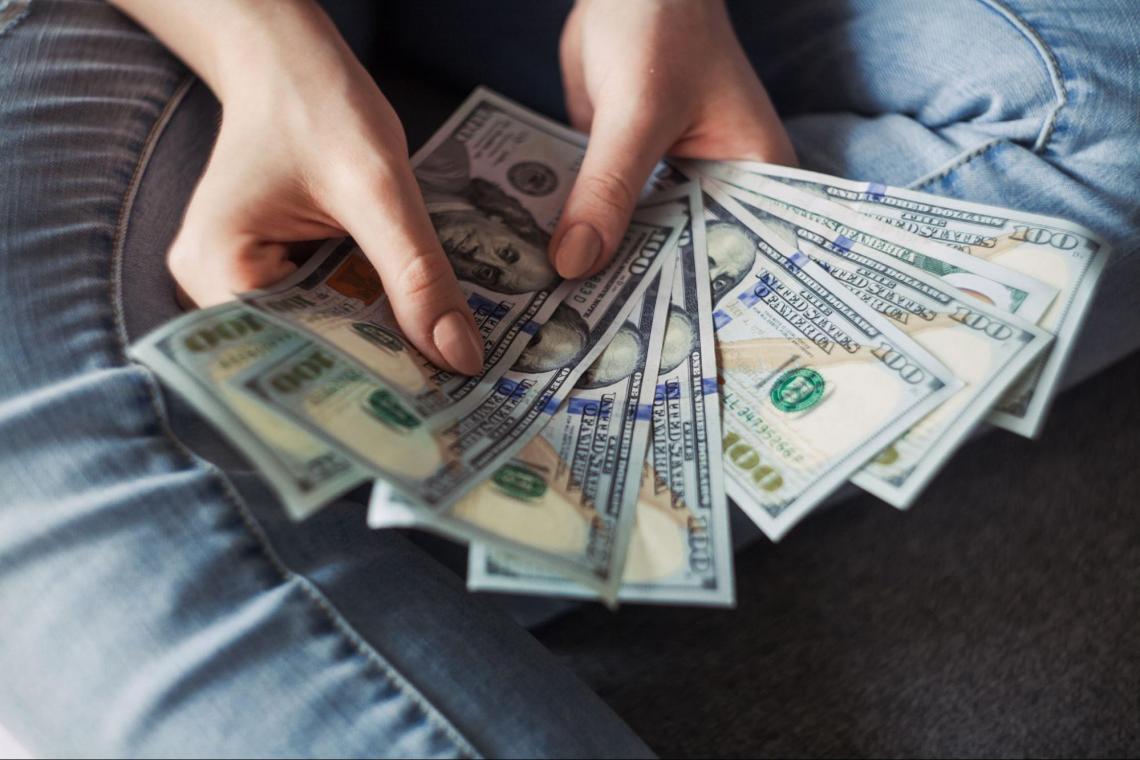 It also presupposes that in an economy, there are four primary factors of production, land, labor, capital, and entrepreneurship and that all income must flow to one of these sources.

National income is computed by adding up factor incomes earned by all producing units in the domestic economy during a certain accounting period.

Both of these methods are used in calculating GDP; the key differences between the two methods are: 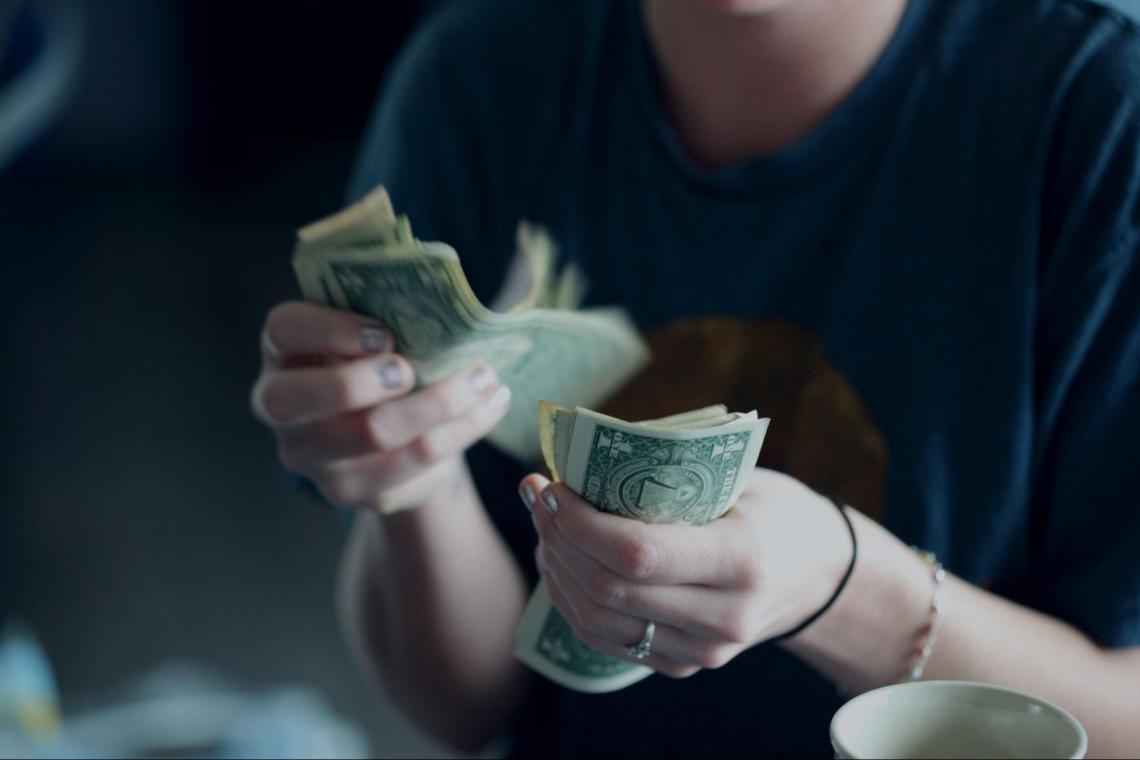 The components of the expenditure method are as follows:

This category includes all consumer spending, whether on local or international goods and services, while consumption of foreign items is accounted for in the net exports category.

Investor spending on business capital goods (I) is the sum of money that individuals and corporations spend on products used to produce additional goods and services.

The most prevalent type of investment is in capital equipment for firms, although new dwelling purchases by people also qualify as development for GDP calculations.

Fiscal transfers, like welfare and social security, are not counted as government expenditures for GDP reasons. This is primarily because transfer payments do not directly correspond to any type of production. 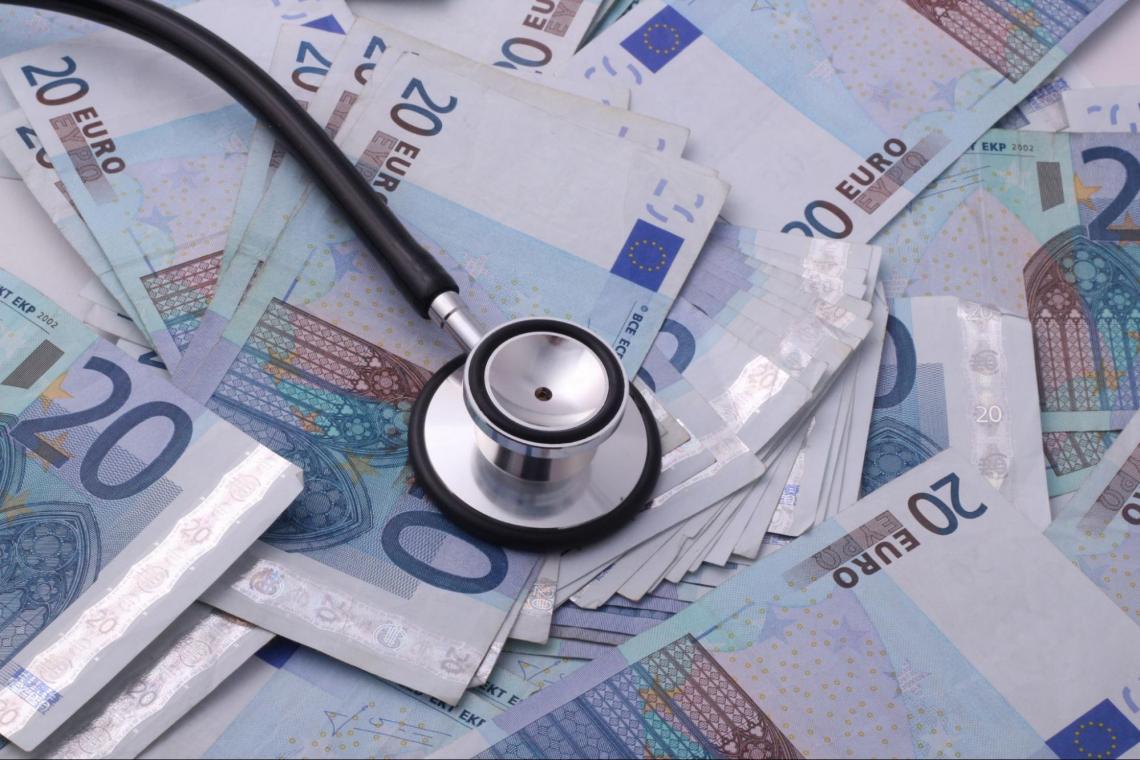 Exports (X) are one side of international commerce. Export is an item produced in one country that is sold in another or a service given in one country to a person or resident of another.

Imports (M) are the other half of international commerce. Import quotas and mandates from customs authorities can limit the importation and exportation of products in international trade. 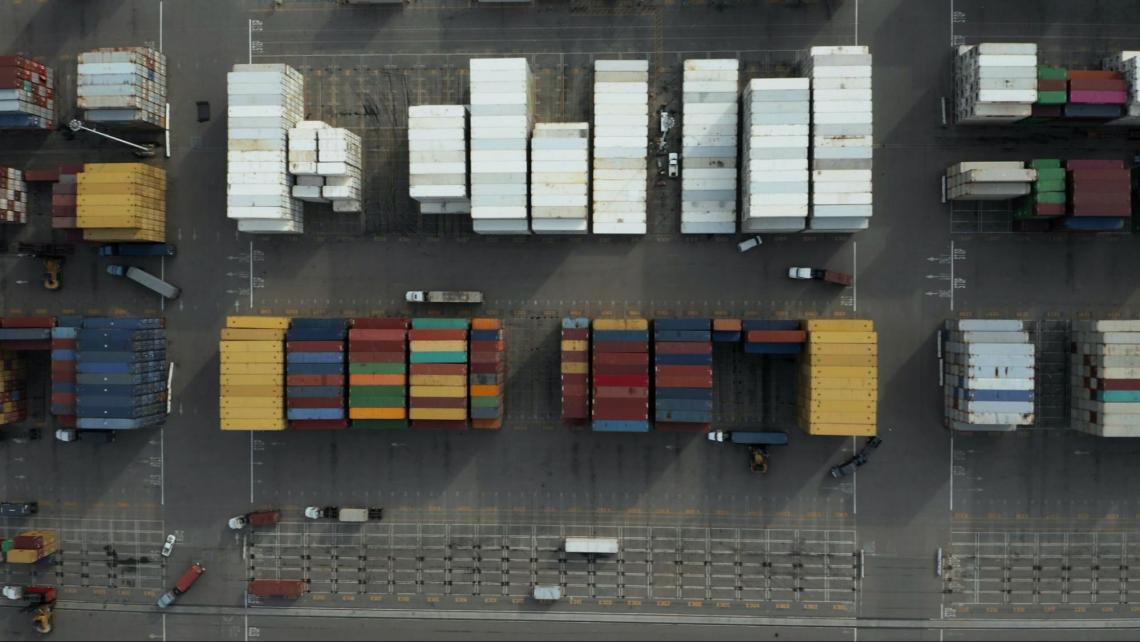 The formula to calculate GDP is: 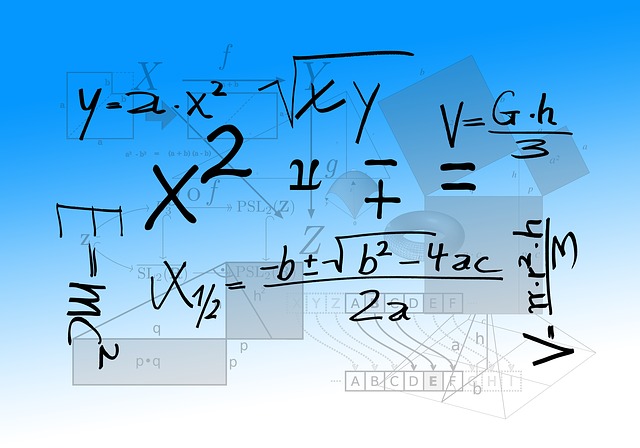 An example of investment spending on business capital goods (I) is capital expenditure on assets by different organizations.

Government spending on public goods and services (G) shows the costs incurred by federal/state/provincial/local governments in providing infrastructure, critical goods, and other necessities to the general public.

The expenditure method of determining national income includes spending on schooling, healthcare, and the defense sector.

Net exports (X-M) are defined as the difference in valuation between a country's exports and imports throughout a fiscal year. Exports are regarded as an economy's productivity, while imports are regarded as expenses because they are not created within a nation's territory.

To calculate a country's gross national product, the formula subtracts exports from imports and adds the net difference to the total amount spent by consumers, the government, and investors.

Only expenditure on final products and services should be included in the assessment of national income, whereas intermediate consumption expenditure should be excluded. Estimated manufacturing costs for personal consumption should be mentioned. 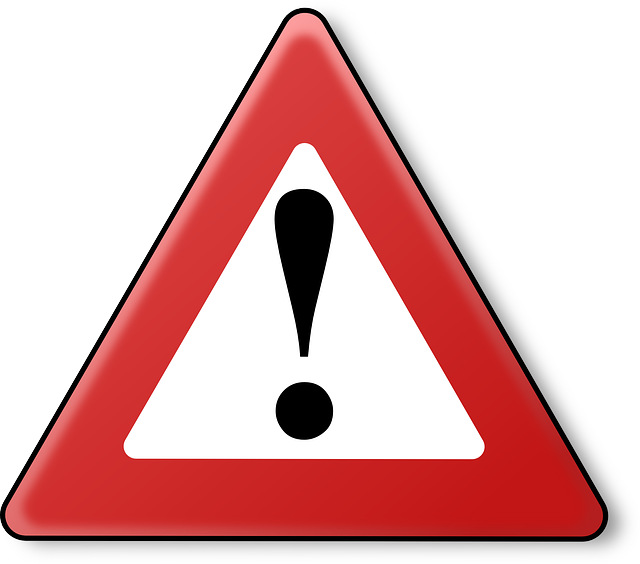 Below are two examples of the expenditure method:

The following are expenditures of the country XYZ that are necessary to calculate the GDP.

Assume that country ABC's consumer spending for the first three months of the year was $600,000. The government, on the other hand, spent $300,000.

A policymaker determined that the economy's fixed capital investment stood at $200,000, comprising $50,000 in machinery purchases, $100,000 in inventory investment, and $95,000 in infrastructure spending.

Using this information, we can make the following calculations:

What is the expenditure method?

The expenditure method is the most frequently used technique for calculating GDP. It is a measure of the economy's output inside a country's boundaries regardless of who owns the means of production.

The GDP is determined using this technique by adding all expenditures on final goods and services.

What are the four major components of the expenditure method?

What is the purpose of the expenditure method?

The expenditure technique calculates GDP by looking at how much money is spent within a country's boundaries. It is the most common method for estimating GDP.

Why are imports subtracted in the expenditure method?

Imports are deducted from the national income equation because they appear as concealed factors in consumption, investment, government, and exports. As a result, imports must be deducted to ensure that only domestically produced items are counted.

What is the largest expenditure component of GDP?

Consumption is the single most important contributor to GDP.

What causes GDP to decrease?

GDP falls and unemployment rises as businesses lay people off to save expenses, possibly initiating an economic downturn.

What is not included in the formulation of GDP?

Used product sales and sales from stocks of products produced in prior years are disregarded.