The imposition of taxes on the same income stream, assets, or financial transaction at two different points in time

It refers to the imposition of taxes on the same income stream, assets, or financial transaction at two different points in time. The latter comes in two forms, namely corporate double taxation, which is the taxation on firms' profits. 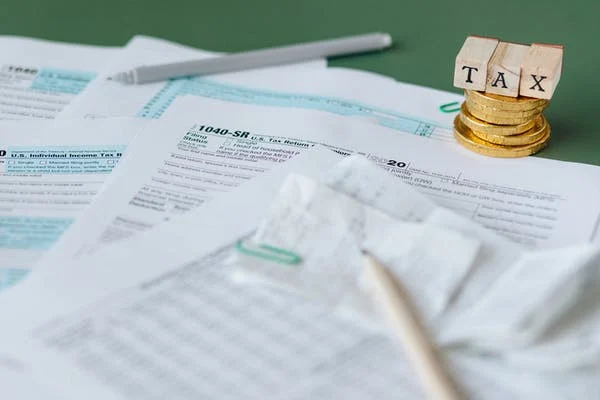 When it comes to corporations, the firm is first taxed as a business entity, after which its shareholder's personal income is also taxed. This takes place since corporations are considered separate legal entities from their shareholders.

Corporations pay their tax obligations on their annual earnings. Now, when the organization pays out dividends to its shareholders, those dividends also have tax liabilities.

Holders who received dividends must then pay taxes on them, creating double taxation.

It is often avoided to maximize corporate and personal profits.

While the latter is considered to negatively affect a corporation by reducing their savings and investment, a small group argues that the latter is necessary to prevent wealthy individuals from avoiding taxes by paying their salaries through company dividends received from owning stock. 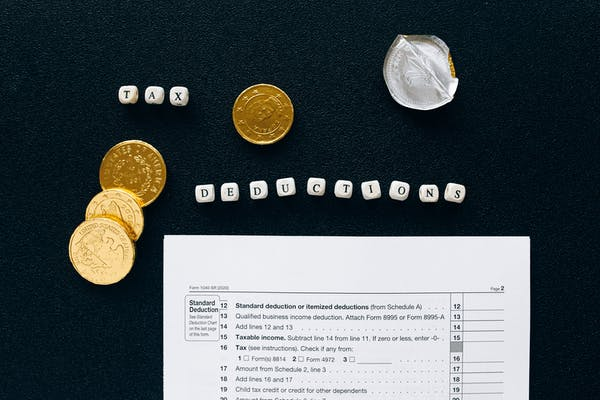 Others argue that since the US corporate income tax rate stands at 39.1%, the highest among the developed countries, it suppresses investment and increases the borrowing of funds by corporations.

Countries such as Estonia and Australia have taken measures such as integrating their tax code to bypass double taxation.

A large number of states have personal income taxes that pay dividends as well.

It can also prevail at the international level (between countries). This is known as international double taxation, which will be explained further below.

In this scenario, corporate earnings are taxed twice at two different points in time on the same stream of income.

For instance, if a company's net income is first taxed as corporate tax, and then when this same income is given to shareholders as a dividend, it is again taxed in the form of dividend tax. 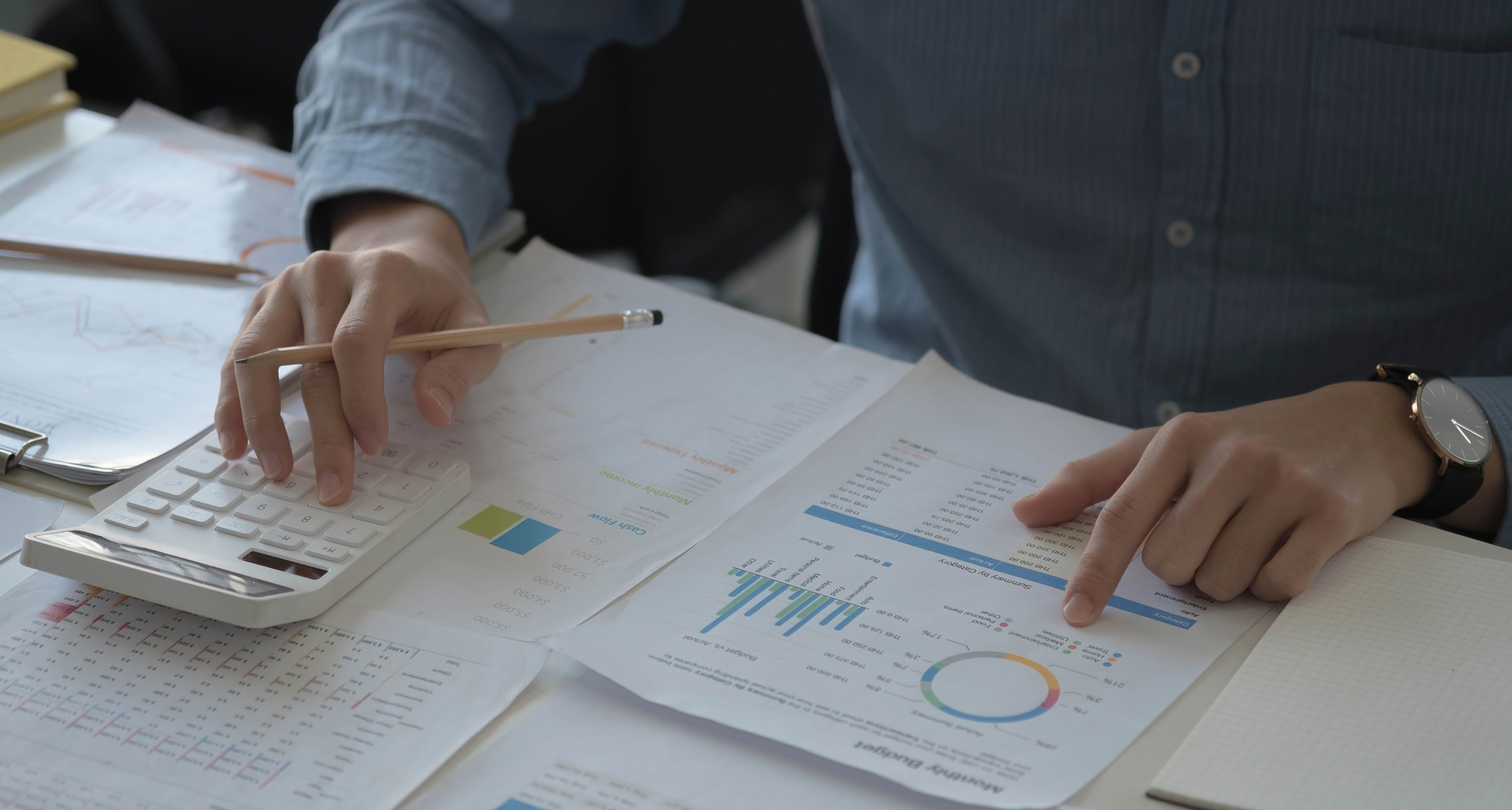 Opponents of such a taxation model explain that this practice is unfair to the shareholders of an organization since they are considered the entity's owners.

From that perspective, it creates a situation whereby corporate taxes is first levied on the entity's profits and, secondly, taxed on the dividends they receive.

This represents the same income stream being taxed at two different time intervals.

On the other hand, proponents of this taxation argue that the above practice should be maintained since a corporation in the form of a company is considered a separate legal entity from its shareholders (owners).

This justifies a situation where both corporate earnings and dividends are taxed.

Businesses that invest and operate globally are also prone to experience it. This takes place in a situation whereby the profits generated by a foreign company are taxed there and taxed again by the government of their home country. 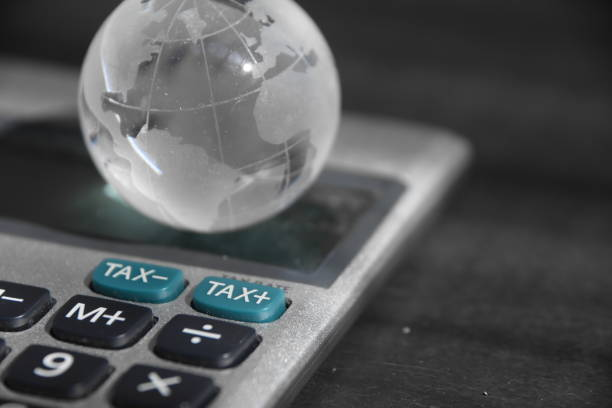 For example, if a UK-based company operates in Singapore, it will have to bear tax obligations from the Singaporean government and the UK government.

Given that this proves to be a deterrent for cross-border investment, many countries have signed mutual treaties and instituted tax credits to limit this practice.

For their opponents, the good news is that such a practice can be reduced by implementing specific strategies. These include the Double Taxation Avoidance Agreement, Income splitting, legislation, and retaining corporate earnings.

The DTAA is a tax treaty between two or more nations to help taxpayers (investors) eliminate the need to pay double taxes on the same income stream.

A DTAA holds ground where an individual is a resident of one country but earns income in another. 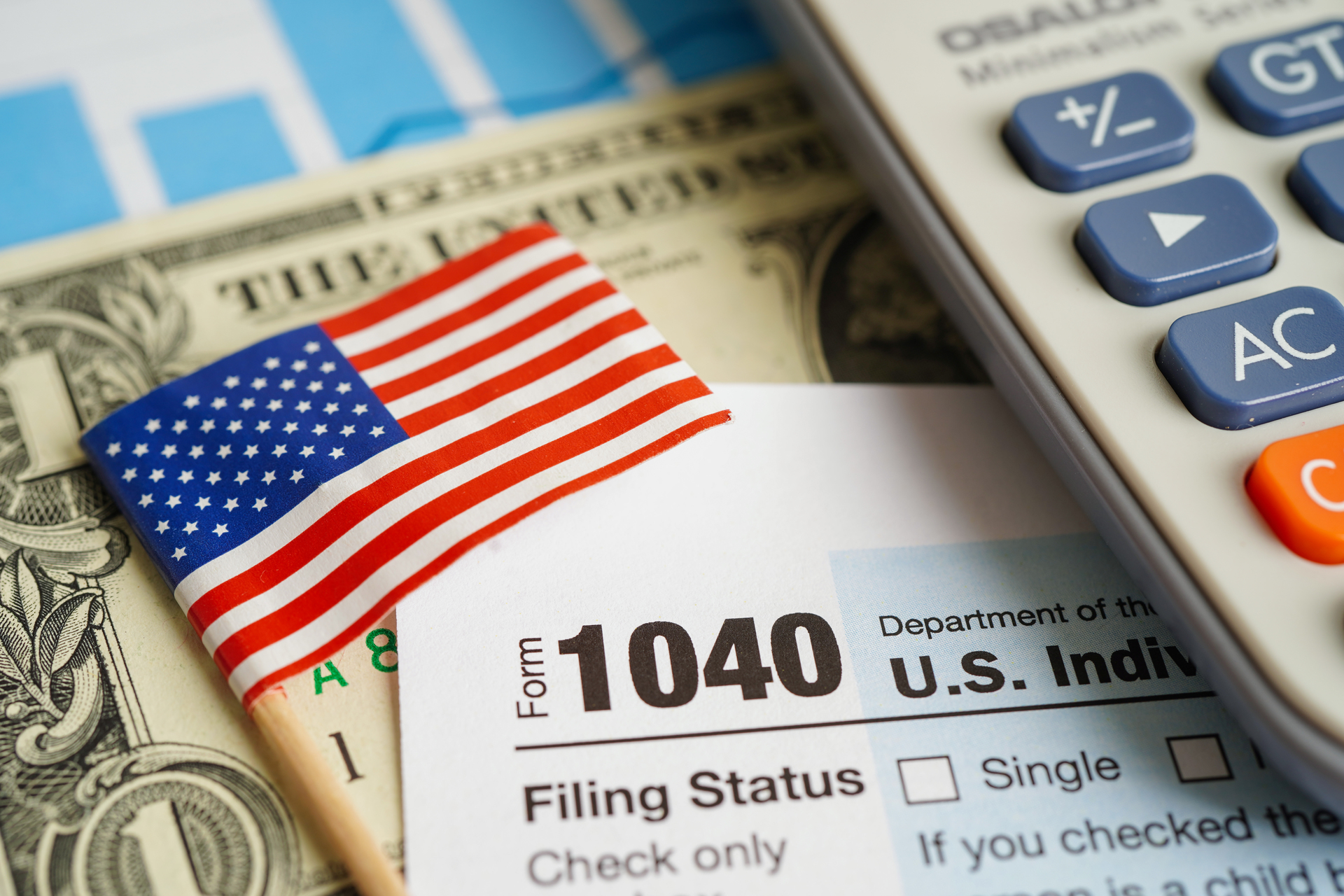 For example, India currently has DTAA with 80+ countries, namely Australia, Canada, the United Arab Emirates, Mauritius, Singapore, and the United Kingdom. It implies that Indian companies operating in those countries will be exempt from Double Taxation.

This relief is given by preventing income earned in a foreign country from the tax being taxed in the resident nation.

For example, if an individual who is a resident of the United Kingdom is asked to go overseas on deputation and receives payments during that period away from home, the income received may be subject to tax obligations in both the UK and the country he is currently working in.

The existence of an applicable DTAA can help the individual claim relief when filing a tax return for that particular financial year.

It refers to a strategy whereby the organization owner withdraws from the business profit for supporting their wants and lifestyle and leaves the remaining amount in the company.

The above practice of income splitting will help to minimize the occurrence of being taxed twice. To simplify the above explanation, we are adopting a way of reducing our gross income, which directly translates into a lower taxable income rate. 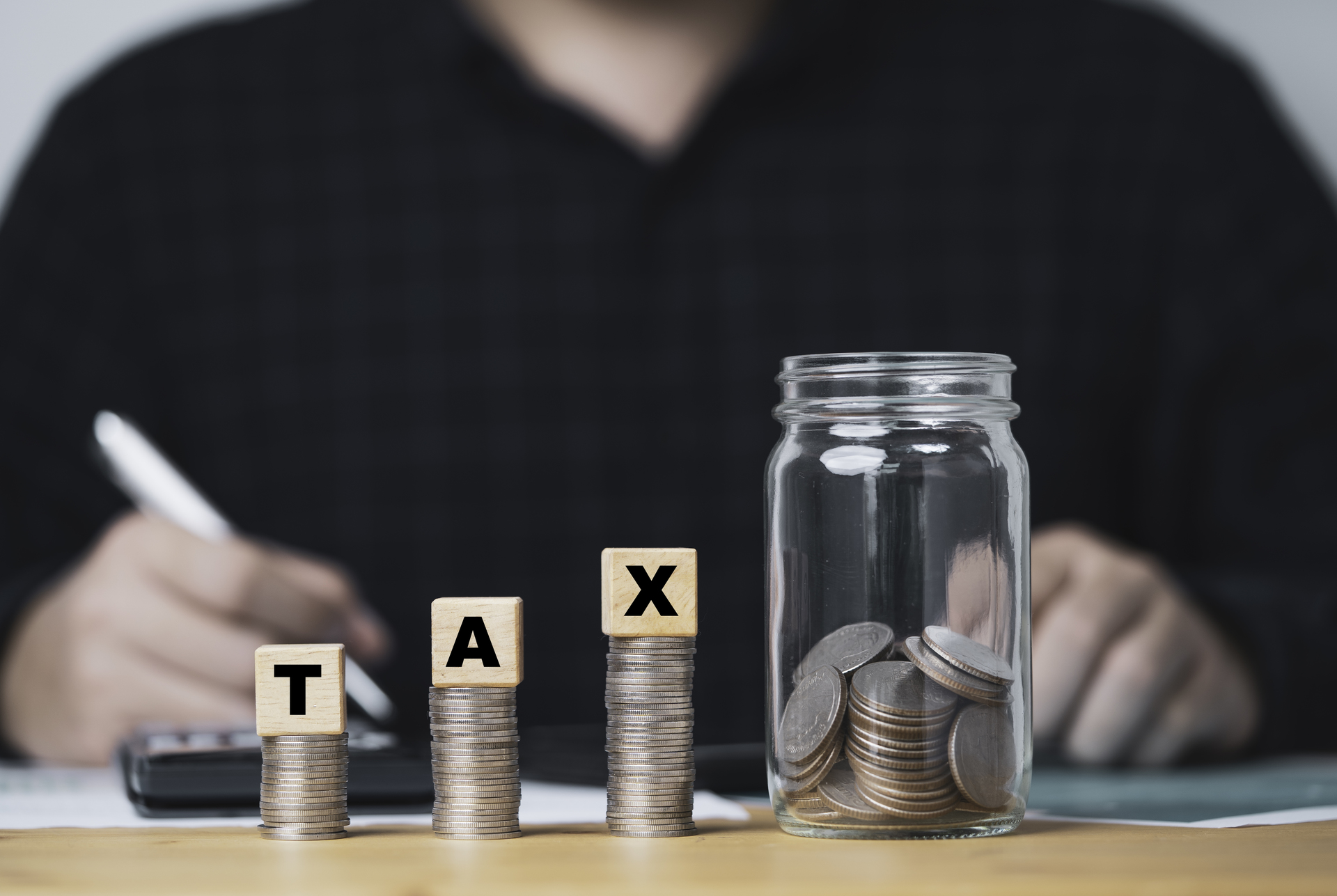 Business owners can avoid being taxed twice by reusing their profits rather than distributing them as dividends to shareholders.

If owners of shares do not receive dividend payments, they cannot be taxed, which implies that taxation only applies to the corporation's profits.

It must be noted that the above practice should be avoided by corporations who rely on company profit as their only income source.

Countries must introduce legislation to eliminate the elements of it since it proves to be a deterrent for international investors. If investors can receive their dividends without taxation, they will be encouraged to invest more capital.

If an individual or corporation has income or gains from a source in one country in which he is a non-resident, that same income can be prone to suffer tax twice. This is where Relief comes into play, alleviating this double charge on the same source of income. 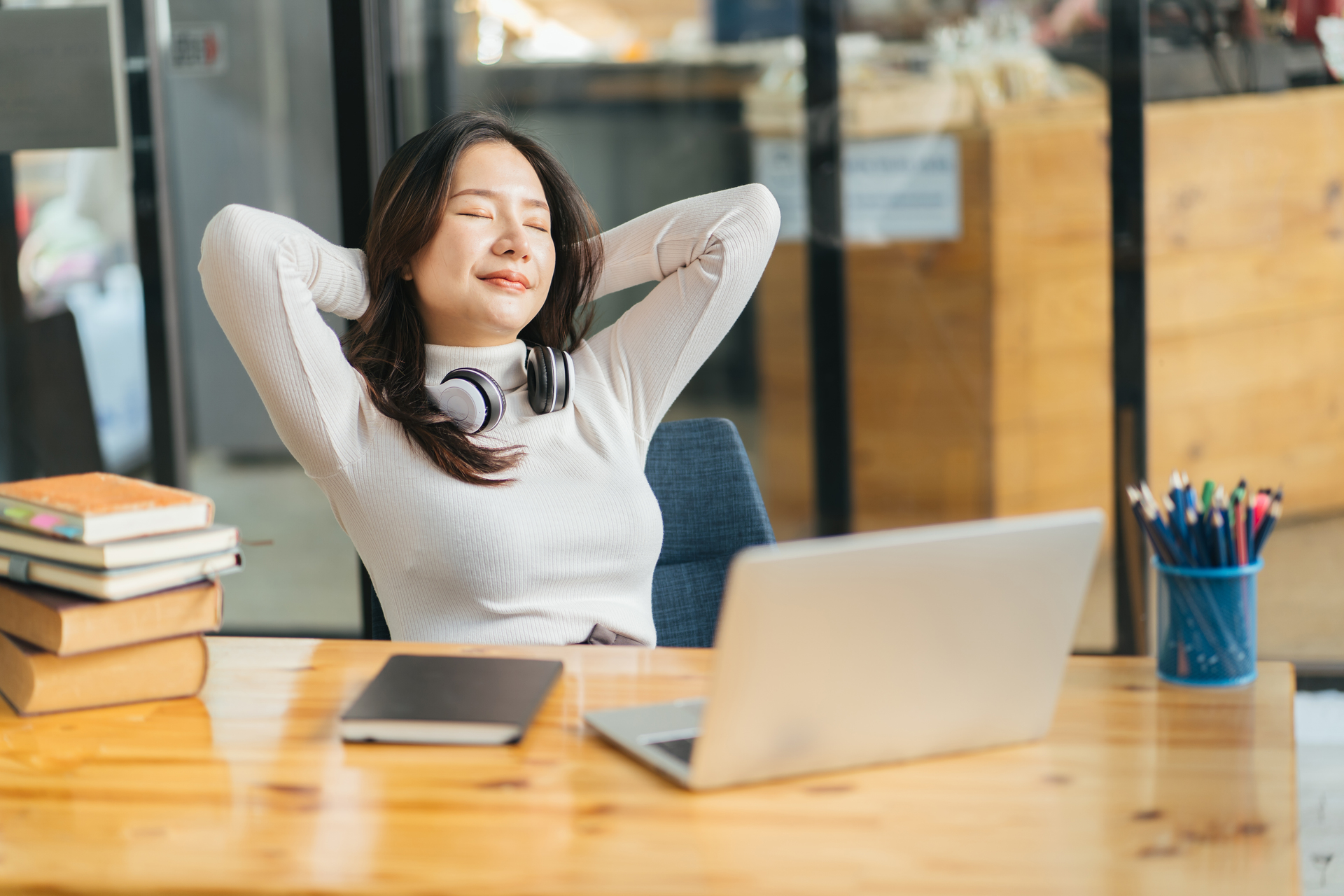 For instance, the United Kingdom provides three options through the provision of relief from double taxation. Two of them are in the form of a tax credit, and the last one is by way of deduction from the profits of the business.

One of the two forms that provide tax relief via a tax credit is called unilateral relief, provided under UK domestic legislation. In contrast, the other is provided through double tax treaties with other countries.

Moreover, if an individual or Corporation wants to claim double tax relief, they will need to accurately determine what income has been subject to taxation more than once. Nevertheless, this can sometimes be difficult in the real world due to the variations in the tax systems in the countries concerned.

How does tax treaty relief work?

Double tax relief under a double tax treaty is usually given in one of the following ways:

To be eligible for a tax treaty relief, it is compulsory to be resident in one of the countries that is a member of the treaty.

To make it clear, let's take the example of the United States, which has treaties with several foreign countries. Under those tax reliefs and treaties, residents of foreign countries are taxed at a lower rate or even exempt from US taxes on a certain source of income they receive within the US.

Likewise, residents/ citizens of the US are taxed at a reduced rate and even exempt from foreign taxes on income sources they receive within countries other than the US.

Two types of relief from such taxation exist, namely Unilateral relief and bilateral relief, which are applicable for a non-resident who is a resident of one country (say the UK) and operates in another nation (say Singapore). 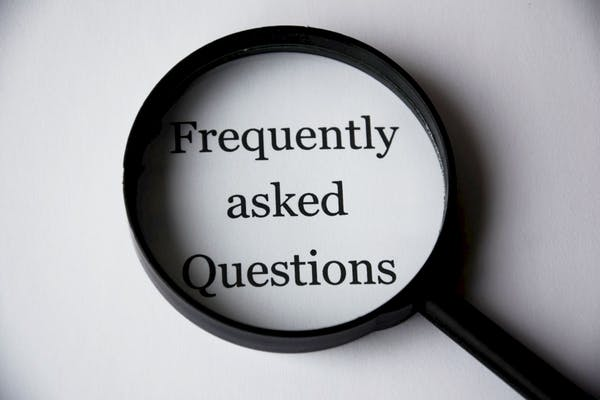 1. How can double taxation be avoided?

This can be made by keeping profits in the business rather than distributing it to shareholders as dividends. If shareholders do not receive dividend payments, they will not be taxed.

2. Which country has the highest GST?

India has the highest GST rate in the world.

Yes. For example, a US Citizen living outside of the US still has tax obligations towards the US government regardless of which country he lives.

4. What are the problems associated with it?

It brings hardship to individual and corporation taxpayers through an increased tax burden on the investor. This can increase the price of commodities, lower cross-border investment, and even go against the tax fairness principle.

Although not favored, it is permissible in the absence of expressed or implied constitutional prohibition. Unless being imposed by the authority, the latter should generally be prohibited.

6. How do billionaires avoid taxes?

Over the years, they have adopted a strategy that involves paying themselves very low salaries while amassing fortunes in stocks and other assets. Later, they borrow those assets to finance their lifestyle rather than selling them and incurring capital gains taxes.

Researched and authored by Alvin | LinkedIn