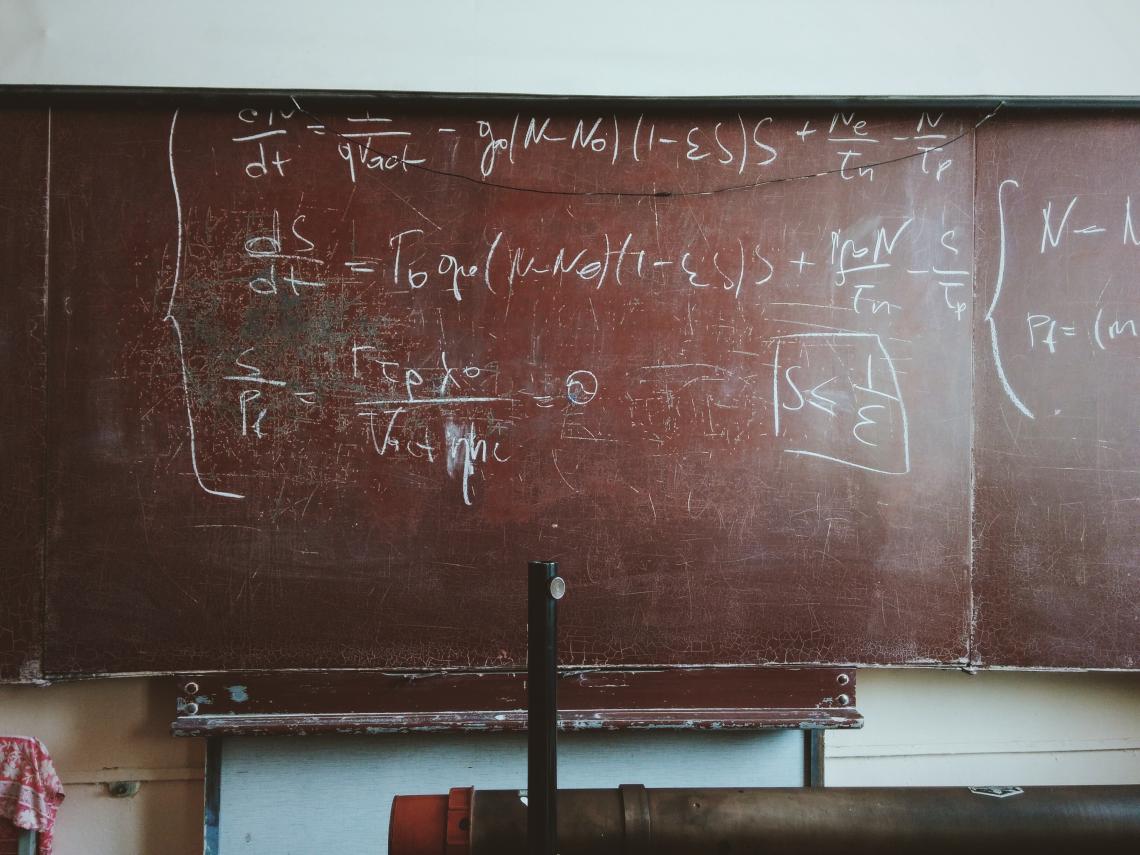 It tells us at what multiple of the earnings the stock is trading. It is a measure of whether a company is overvalued or undervalued. It is always used with other valuation parameters while valuing a company.

The trailing P/E is a value that an investor needs to pay for the $1 earning of a particular company. This ratio uses the performance of the latest four quarters of a company. Investors most widely use it, and it gives a more accurate measure of P/E value

The Price-To-Earnings ratio is a price or earnings multiple used to value a company based on its current market price and earnings per share. It is used for determining whether a company is overvalued or undervalued.

It is of two types: Forward P/E Ratio(projected basis) and Trailing P/E Ratio(backward-looking).

EPS can be calculated by dividing a company's earnings by the total number of shares outstanding. EPS of a company is the earnings that can be distributed to shareholders in the form of dividends or bonuses. In addition, it can be reinvested in the business itself to meet the growing demand.

P/E can be seen as the investor's analysis of a company's performance and how much an investor is willing to pay for $1 of the company's earnings.

According to the P/E ratio, if a company's earnings are expected to increase, its share price will also increase and vice versa.

P/E is never looked at as a standalone parameter for valuing a company. It is always used with other parameters. Although the average P/E for every industry is different, it is observed that finance sector companies usually have low P/E multiples.

The Trailing P/E Ratio relies on a company's past performance and is calculated by dividing the current market price of a share by the earnings per share of the past twelve months. It is usually more accurate as it uses a company's historical earnings that have already been reported. 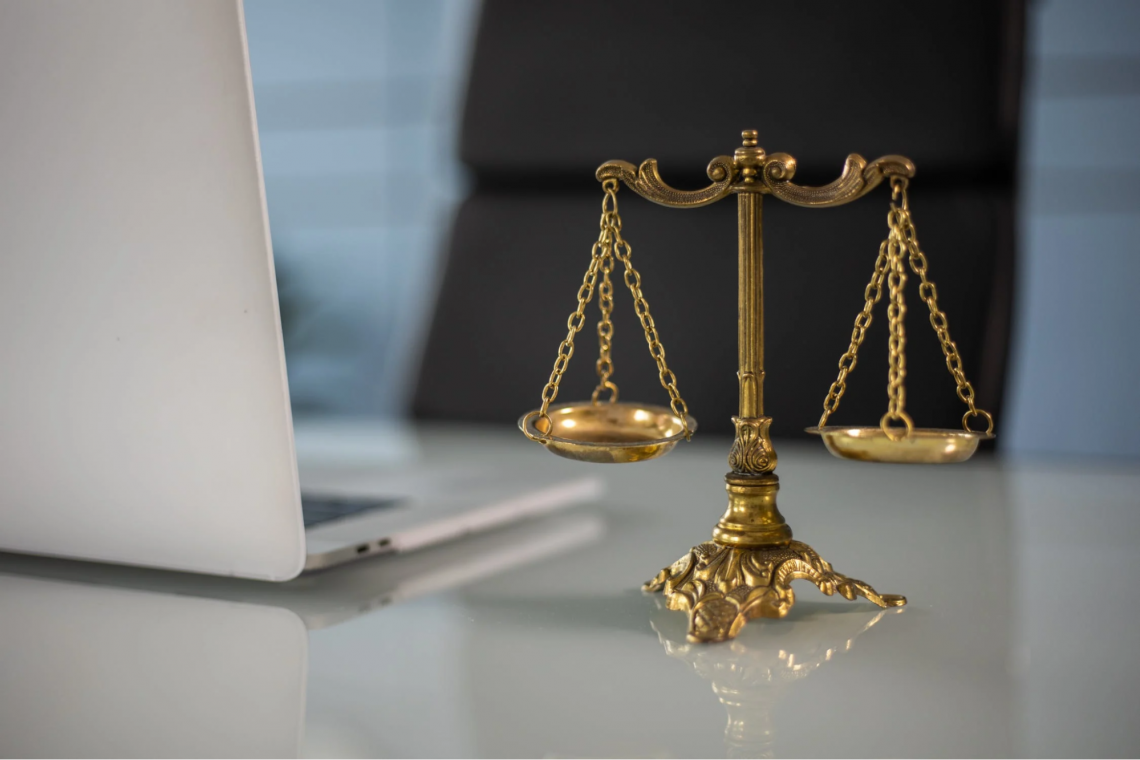 Like any other parameter, this too has its pros and cons; this is because past data of a company doesn't always depict the future performance. But, on the other hand, it is more reliable as predicted data may not be accurate.

Forward P/E Ratio, otherwise, is the estimated price-to-earnings as it uses analysts' predictions for the next twelve months earning data for a company. It shows what a company's earnings and valuation may look like after a year.

The Forward P/E ratio may sometimes be misused to pump a company's stock price. This is because the analyst estimates are already available to the company before the results are declared. This sometimes may result in window-dressing or accounting fraud.

However, companies with a clean track record and ethical management often refrain from fraudulent activities.

P/E Ratio is the most widely used parameter to value a company. It shows whether a company is overvalued, undervalued, or correctly priced by the market. In addition, it is the measure of how much money an investor needs to pay for each dollar the company earns.

It helps to show us the market price of a stock relative to its earnings and how much people are willing to pay for that particular stock based on its past or future earnings.

A high P/E reflects that the particular stock is highly-priced compared to its earnings and shows that it may be overvalued.

A P/E of 15 shows that a person needs to invest $15 for every dollar that the company earns.

A low P/E ratio depicts that either the company is undervalued and might provide investors with above-average returns, or there is some negative reason why the market is valuing the company at dirt-cheap prices.

The reasons why investors do not value a company's stock highly are as follows : 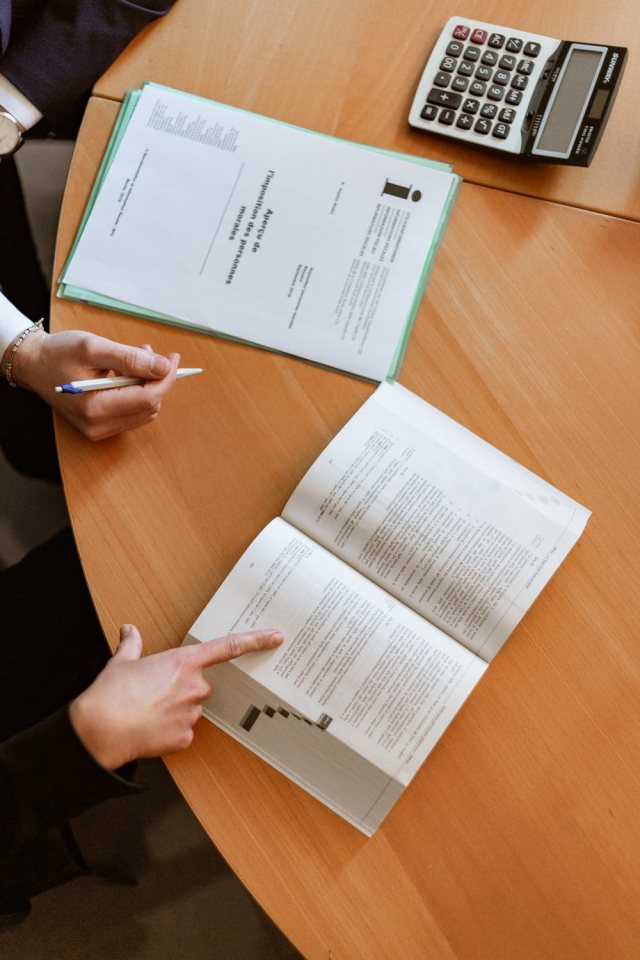 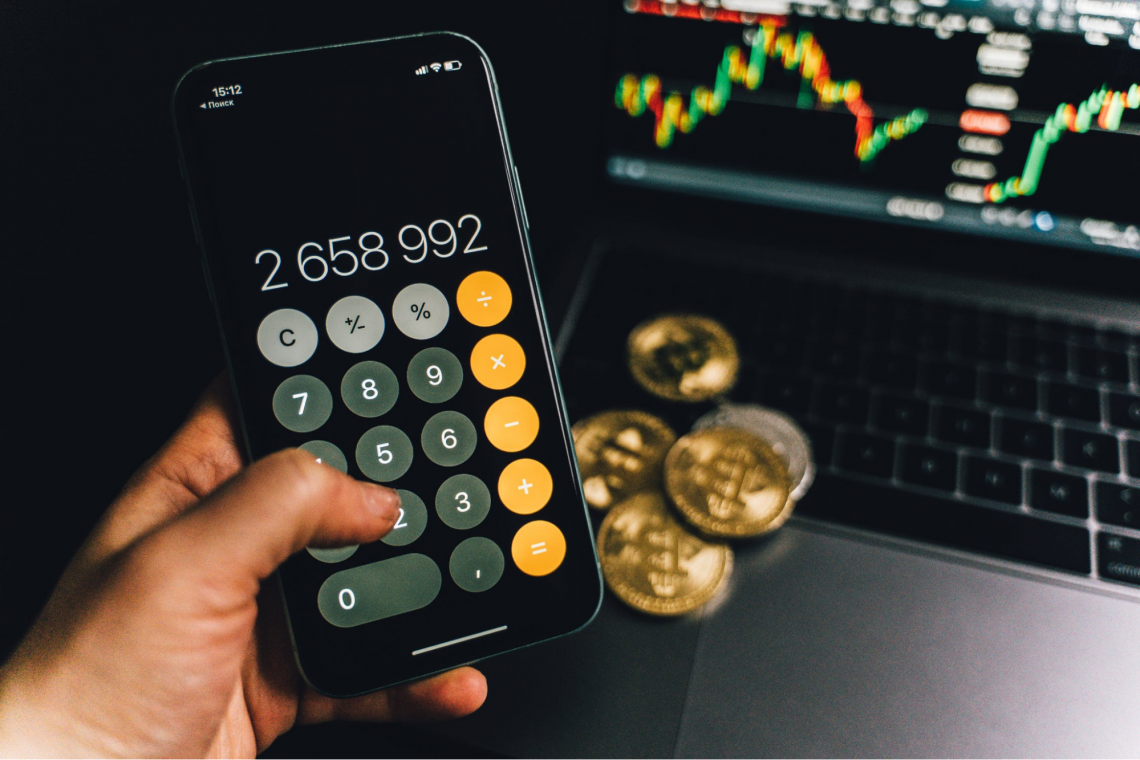 Earnings yield is the inverse of the P/E ratio and is not widely used in analyzing stock performance. It is defined as earnings per share divided by market price per share and is expressed in percentages.

It becomes more critical when a person is interested in return on investment. At the same time, P/E shows the expensiveness of a stock relative to its earnings.

Earning's yield becomes more important if a company is a loss-making as for those companies, P/E is of less or no importance, and negative earning yield shows how much money that company is burning. 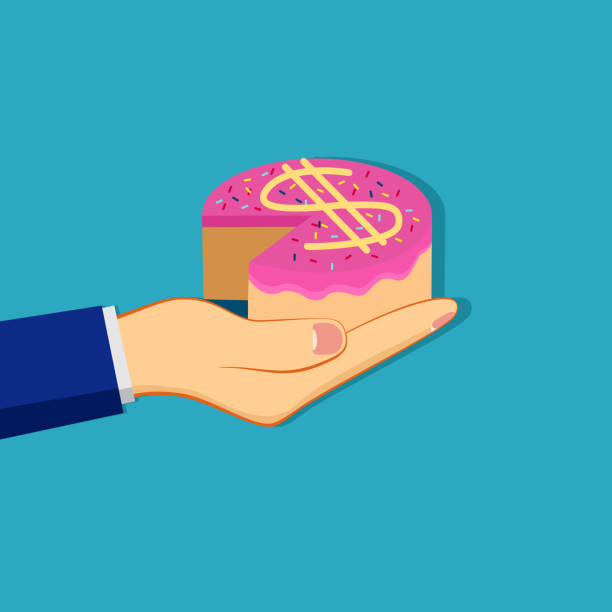 Price-to-Earnings-to-Growth Ratio is a modified version of the P/E ratio. It shows a clearer picture of a company's performance by relating its price with earnings and growth in a specified period simultaneously.

PEG Ratio is calculated by dividing the market price of a stock by the trailing 12 months' earnings per share and earnings growth rate over the same period. The PEG ratio can also be calculated using trailing and future earnings and growth.

Suppose a company seems to be overvalued or undervalued using the PE ratio. In that case, adding the growth rate to it can show an additional dimension of the company's valuation to its investors. 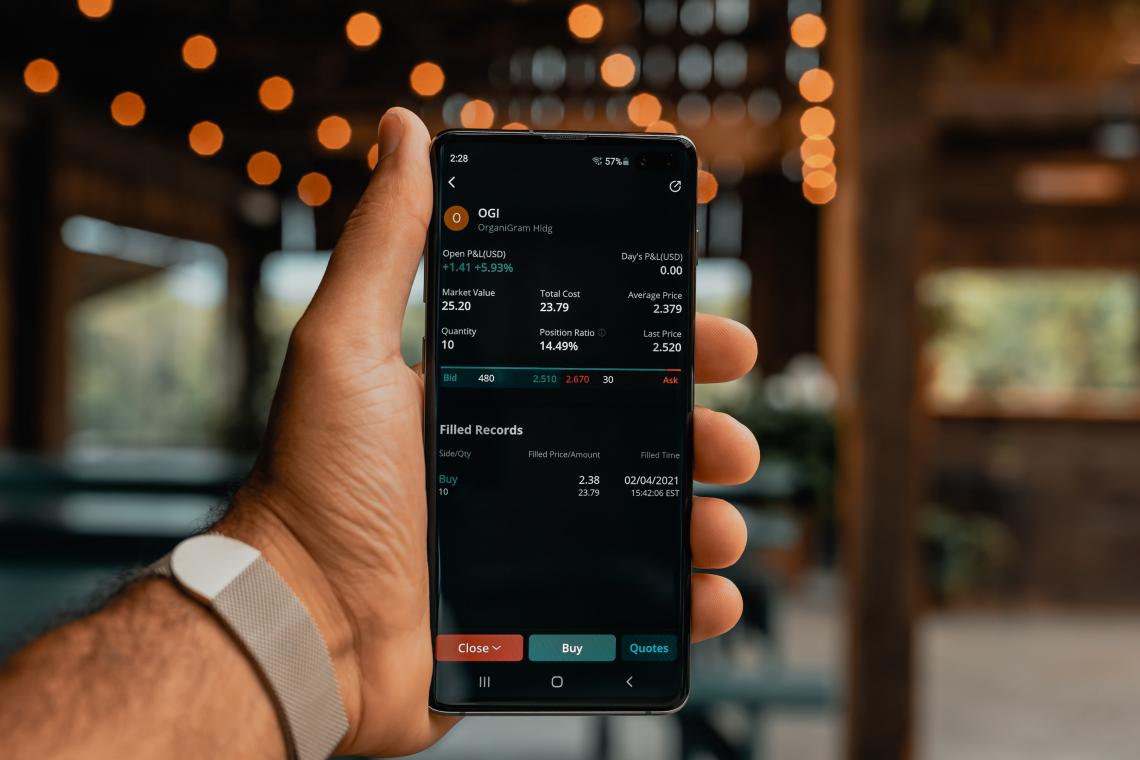 Absolute PE uses the current market price, and EPS can be calculated using the trailing 12 months' data (TTM) or the future projections. Absolute P/E can be defined as the P/E of the company as of today.

Relative PE compares the absolute P/E with historical P/E data of up to 10 years. It compares absolute PE with the highest or lowest PE in the past 10 years.

In addition, it also measures how close the current P/E is to the historical highs and lows.

Relative PE generally remains under 100%, whether compared with historical high or low, and it shows what percentage of the historic average P/E the current P/E is.

If the relative PE is more than 100%, the stock's PE has crossed a historic high and is trading at its highest PE.

PE has some very significant limitations that are:

A company having a high P/E doesn't need to be overvalued. However, there may be a range of reasons as to why the company might be commanding premium valuations, and these could be :

Standard P/E can differ between various industries or companies. For example, some industries command higher P/Es compared to others because of their operating pattern and future scope.

Companies of the same industry also share widely variable PE for various reasons like market share, profitability margins, competitive edge, etc. Therefore, it is worth comparing companies in the same industry as they have significant similarities.

An industry can have an average P/E of as low as 10, and it may be as high as 50 or 60; it purely depends upon the industry structure.

A company with a low P/E usually seems appealing because of its availability at a great bargain. Still, it is important to check that a company could have been trading at a low P/E because of specific reasons such as: 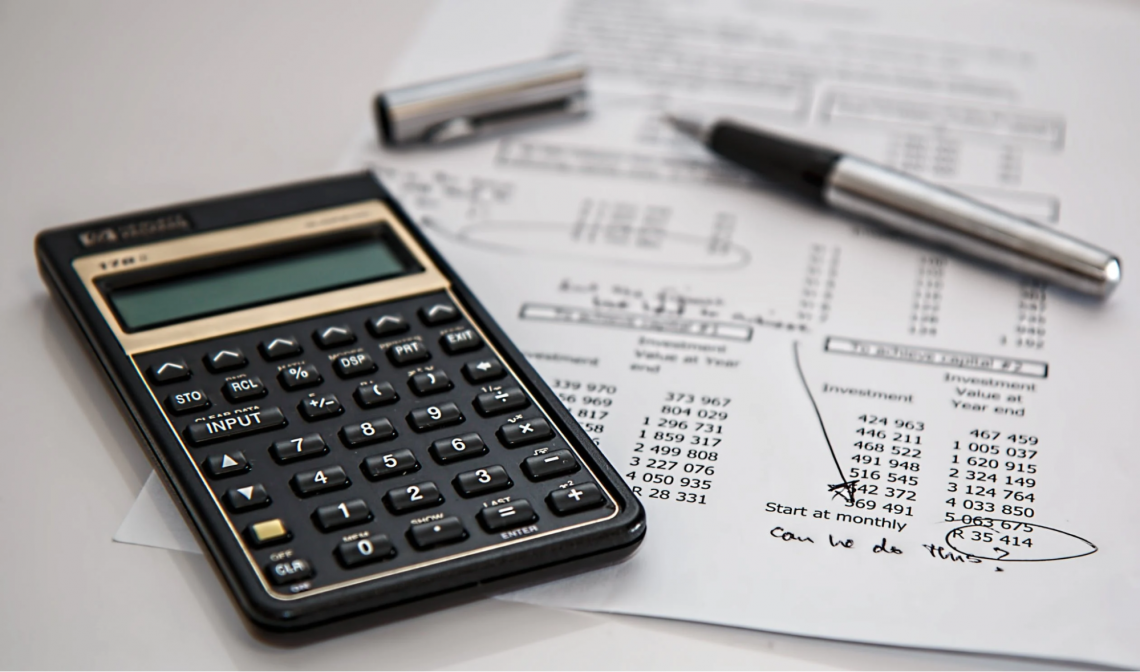 A company has a current market price of $100, and its trailing twelve months(last four quarters) earnings per share are $5. The trailing P/E of this company can be calculated as:

This means that this stock is trading at 20 times its recent fiscal year earnings.

Consider a company, ABC ltd., with a current stock price of $20/share and trailing twelve months' earnings per share of $3.50. Assume the industry P/E of ABC ltd. to be 5.

Consider another company in the same industry, XYZ ltd., with a market price of $170/share and trailing twelve months' earnings per share of $40.

This example will apply the P/E ratio to compare two companies' valuations in the same industry against a benchmark ratio.

However, as explained in the article, a high or low P/E can have various reasons and does not necessarily indicate the company's actual value.