The relationship between Crodo, Cronos, and the CROD listing on Cryptocom

As mentioned earlier in the articles, Crodo is a launchpad. The project itself was created in the Cronos ecosystem and network.

Cronos network belongs to Cryptocom organization, which owns the whole system of products in cryptoindustry, it includes: Cronos network itself, cryptocurrency exchange, decentralized trading platform, NFT platform, cryptocurrency purse, cryptobank and cryptocard Visa, credit protocol, and some more services. Nowadays Cryptocom ecosystem has more than 10 million users all over the world, the most of them are in USA and Singapore. Also the organization is notable for large-scale marketing, even you probably have heard about Cryptocom.

Now let's talk about the Cronos network itself. Now it is on the 9th place by blocked funds amount (TVL) among blockchain platforms, and the main network coin and Cryptocom ecosystem with ticker symbol CRO is on the 19th place by capitalization in the ranking of all cryptocurrencies in the world. The capitalization of CRO at the moment is a little more than $10 billion. There are more than 120 projects launched in the Cronos network and more than 500,000 registered user addresses. Below in the picture you can see on the left the rating of cryptocurrencies from Coinmarketcap, and on the right the rating of blockchain platforms from Defi Llama. 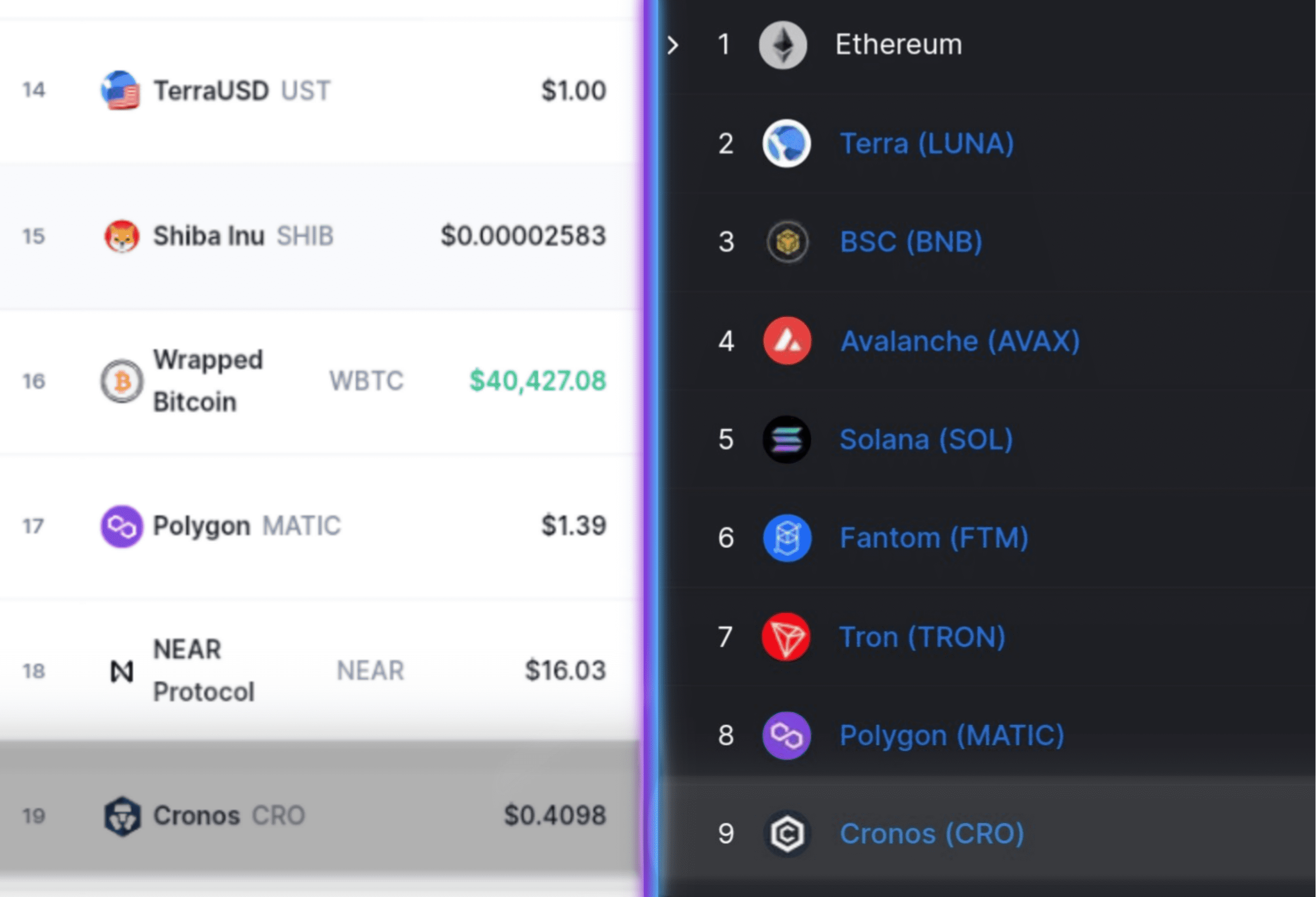 Crodo listing on the Cryptocom exchange. This scenario is likely to come true because Crodo is built on the Cronos network and is part of the ecosystem that Cryptocom founded. Also Crodo is the only IDO launchpad platform in the ecosystem. And in fact if Cryptocom will refuse to list Crodo this means they are not interested in the development of this project and therefore not interested in the development of the only ido-platform in their own ecosystem. As a consequence, this will have a negative impact on Cronos. After all, the Presence of the launchpad in the ecosystem is an important nuance. Hence it comes out: if Cryptocom refuses to list for Crodo, they are refusing to develop their ecosystem, which sounds paradoxical. Somehow...