The Produce Section Will Never Be the Same

The biggest innovation in fruit since the Watermelon Oreo hit shelves in the U.S. yesterday. A new variety of apple-the Cosmic Crisp-is now on sale for $5 a pound, more than triple the cost of a standard apple.

This is not a standard apple

The Cosmic Crisp, or more technically WA38, has been in development in Washington State for 20+ years. And depending on who you ask, its rollout is either "unprecedented," a "game changer," or "the largest launch of a single produce item in American history." What makes it special:

The industry was looking for a hero

For decades, Red Delicious ruled the orchard. In 1988, it accounted for 70% of apple production in Washington, the biggest apple-growing state.

But then people caught onto the fact that Red Delicious was not, in fact, delicious, and sales have plummeted. Production of Red Delicious fell 11% from 2017 to 2018, per the U.S. Apple Association. And for the first time in 50 years, it was overtaken by Gala as the most-grown apple in America.

Zoom out: Under a unique licensing agreement, Washington farmers have been given the exclusive rights to grow the new variety until 2027. Those who've historically leaned on Red Delicious are hoping their investments in Cosmic Crisp (12+ million trees planted) will bear fruit. 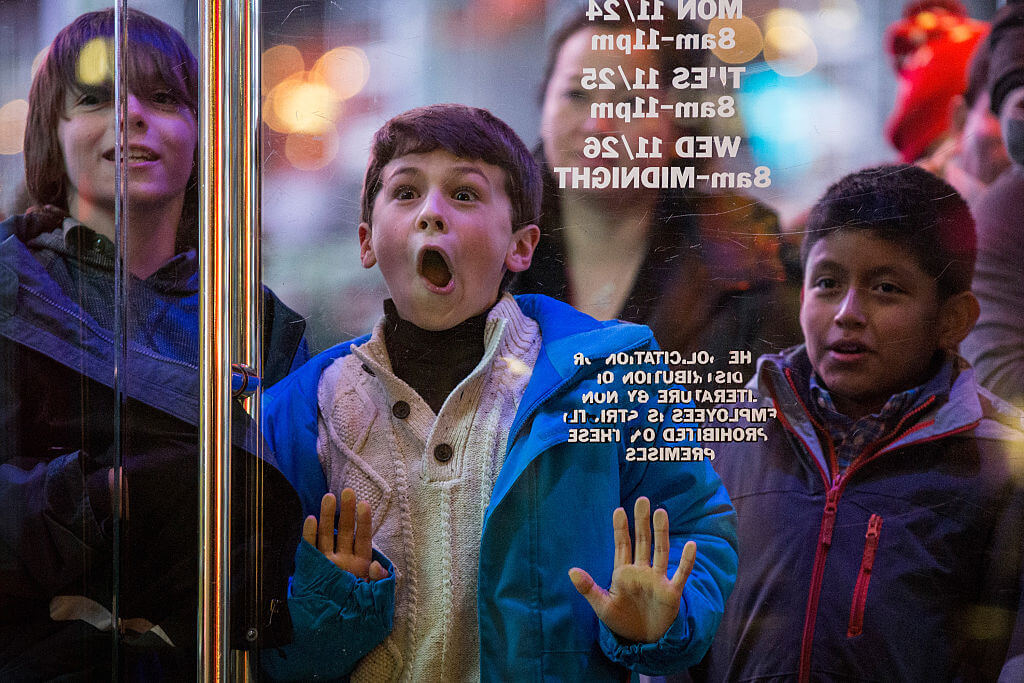 Who really knows the difference anymore? Online sales on Black Friday hit $7.4 billion, per Adobe Analytics. That's a 19.6% increase from last year and the second largest online shopping day ever.

But as Black Friday gets bigger, so do the criticisms

Activists around the world used Black Friday as a symbol of everything that's wrong with modern capitalism, reports the AP.

Amazon workers in Germany went on strike, some French lawmakers proposed banning the event, and a South African newspaper penned an opinion piece decrying Black Friday as reflective of a "vicious, violent, repressive and exploitative system that crosses borders and dominates all our lives."

Saving the World Over Tapas

Today, world leaders are working off their sangria hangovers by hammering out the details of 2015's Paris Agreement at the UN's 25th Conference of the Parties (COP25) meeting in Madrid. What's on the agenda for the next two weeks:

Why it's important: We've known about climate change for a generation. But emissions are still on the rise and the UN Secretary-General has blasted the global response as "utterly inadequate."

The guest list: 25,000 delegates, including over 50 high-ranking authorities and some heads of state. Plus, teen activist Greta Thunberg is headed to Spain on a catamaran.

A delegation from the U.S. is also heading across the Atlantic (not on a catamaran). That could get awkward, considering the Trump administration has given formal notice that the country will leave the Paris Agreement. 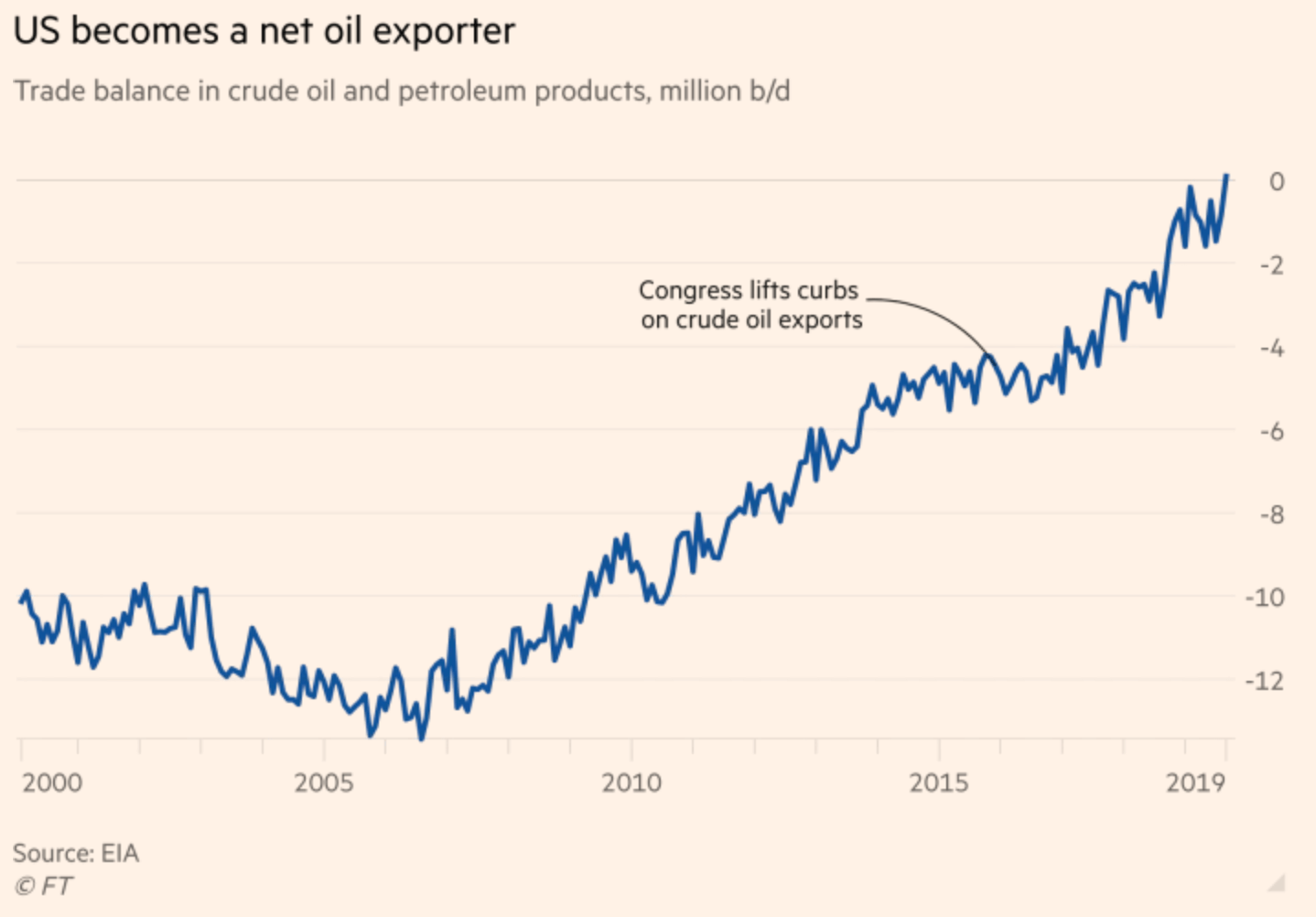 The U.S. became a net exporter of crude oil and refined petroleum products in September, the first full month it's done so since the 1940s, according to the Energy Information Administration.

Why it matters: The U.S. has sprinted to the top of the oil food chain thanks to a boom in shale drilling. Just one decade ago, imports topped exports by 12 million barrels.

Looking ahead...oil prices will be in focus as the top producers meet in Vienna for the OPEC meeting on Thursday and Friday.

Hope your computer has a chimney. Here's what's coming up in the first week of December...

Friday: November jobs report; The Who will release their first album in 13 years 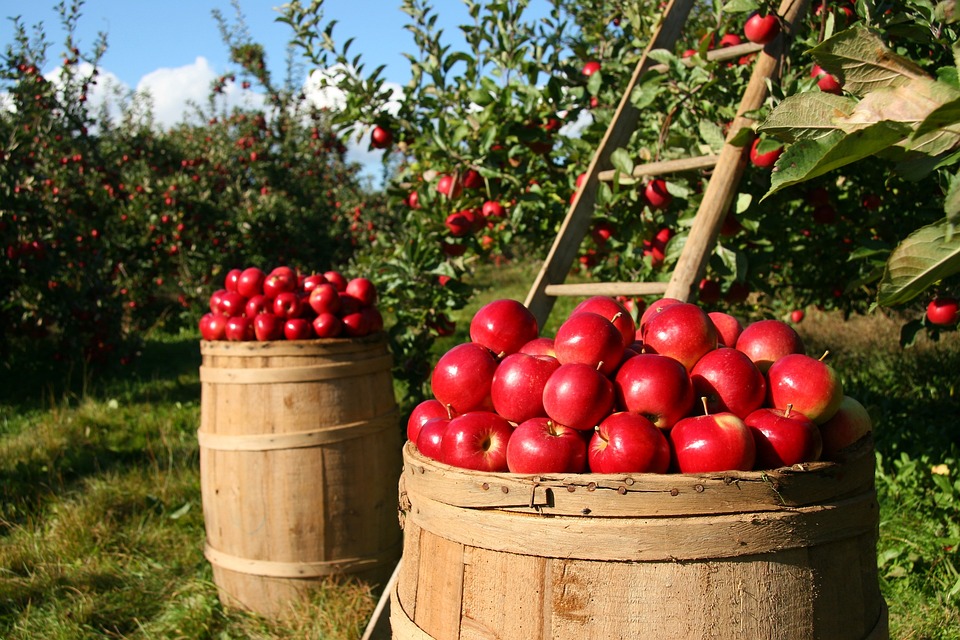 How many of the top 10 apple varieties produced in the U.S. can you name?