Context: I'm a real pretty boy (9/10 at LEAST) in a city known for hot women (London, Monaco, Paris) and I've never been approached by a woman in public before (granted, I'm not the sharpest crayon, so there might've been a couple of scenarios where someone was trying to flirt with me). I like to think that I'm hygenic and I dress well, in addition to being of above average intelligence, charisma and overall personality.

Does anyone else have this problem where they're physically, socially and mentally amazing, but women don't seem to be attracted to you? I never approach women due to ego problems so I don't have a benchmark of success rates to measure myself with.

Side note: I'm at a top group (GS TMT, PJT RSSG, CS Industrials, MS M&A) which I don't bring up when dating, would it help my attract women if I start wearing company branded clothing?

If this isn't a troll, rest assured the source of your problem is due to the high likelihood that your personality is ass. Case in point: this thread.

I'm 6'1 and 186lb, i style my hair exactly like patrick bateman and i'm clean shaven, i exclusively wear hermes tie, lobbs cap toes and hamburger or eagle cufflinks to signify that i am american. i iron my shirts (spread collar) during lunch at my desk while shirtless. i make approximately 19x the median income in the country i work in and 16x in the us. i am able to procure cocaine not laced with fentanyl on a regular basis, something that speaks to my relationship building and deal sourcing abilities. i have bought a dog of unknown breed that i let my niece take care of and only bring the dog to parks once a week to have a conversation starter with the females. my suits are all bespoke and made by an italian sounding brand i do not know how to spell for 20k (usd). i have the biologically ideal shoulder to waist ratio of 1.614:1 and have visible, symmetric abdominal muscular tissues. i have a minor in philosophy, so i am able to discuss the intricacies of society, civilization and the cosmos with the more intellectually ambitious females.

now explain why females are not attracted to me.

They just assume you're gay

If not a troll, why are you associating the rate at which women approach you to how attracted they are to you? Generally, it should be something you feel and pick up on AFTER engaging with them a lot of the time. If you're as handsome as you say, I reckon there are women really into you that you aren't even noticing.

It's because you're not vibing

Trade Barriers In The US

First you said you aren't the sharpest crayon, then above average intelligence, and then you said mentally amazing. Might be retarded.

i was trying to be humble the first two times

Import Duty From UK To Usa

Any male who describes himself as a pretty boy, has to have some issues or is just a troll.

I'll further say that anyone describing himself as a PRETTY BOY is doomed to a life of sexual frustration. Women want MEN.

What is EBITDA Mean 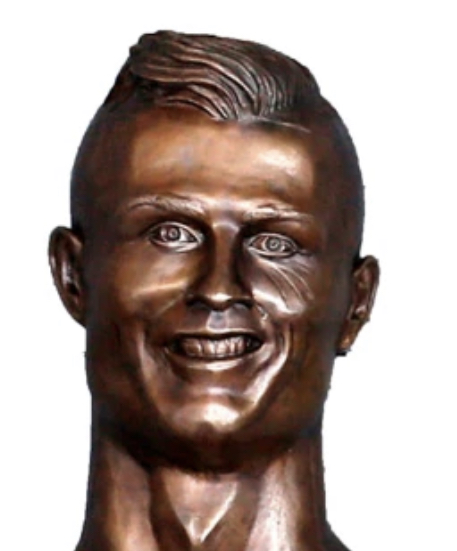 You're probably ugly. Nobody thinks they're ugly, but alas ugly people still exist. See the paradox?

but i look in the mirror and imagine im a female, and id crawl all over the guy in front of me, im pretty sure im not ugly

That's not how it works

ever tried the female filter on snapchat?

I think most ugly people know they're ugly. and most good-looking ones probably know too. it's really not that complicated to judge yourself more or less objectively.

Did you ever make it into IB

I'm really attractive and I'm barely approached by girls. They clearly show an interest in me but they are never direct because they're obviously too intimidated. I have to do all the leg work.

Assuming you're not trolling, my experience has been the exact same as you--I'm objectively attractive, and girls always glance at me, but it might be intimidation that's preventing them from approaching me

all the interns saying theyre attractive are lying, if you were attractive youd be too busy banging broads in college to get the gpa needed to break in

How tall are you

1y
I quit this site because of censorship, what's your opinion? Comment below:

Assuming you're not trolling, my experience has been the exact same as you--I'm objectively attractive, and girls always glance at me, but it might be intimidation that's preventing them from approaching me

Women don't even see me. So many instances women have walked me off of the sidewalk because the "female filter" doesn't even see me. Literally, if I didn't jump out of the way they would, at 3 miles per hour, run into me. It's actually kind of a consistent problem and one of the reasons I hate walking in cities.

My guess is that they naturally expect to take the man to take the lead + are somewhat intimidated by your looks.

I know that back in the day when I was in shape and single, I made a point of approaching the hottest women possible, because they are, surprisingly more approachable, because men are so intimidated by them.

I was approached by women quite a bit, but I was not model-tier, but a 6''+ well-built bald guy with piercing eyes who worked in the nightlife industry, which, I guess correlates to aggressive gorilla sex in the minds of some women.

They were right, by the way

Hey, Crank was a fun movie

yeah, that's normal. I am also probably 9/10 and also very rarely have girls approaching me. I do see girls smiling at me, but they never make the first step. I also notice receptionists/servers being super nice to me, but they never actually approach me. for example, one cute receptionist at the gym always smiles and acts shy with me. and then another cute server at a restaurant I get takeout from regularly is always extra friendly and seems eager to chat. but none really openly approach. I did actually get one girl approach me when I was buying furniture. she was the salesperson and when serving me she was super sweet and gave me her number on the cheque and asked to text her. but that's really the only instance I can remember in recent years of a stranger approaching me in real life. I do get girls approaching me online though sometimes, but also not super often, maybe like 2 girls a months or so.

Maybe they think you're gay? That's what I'd think if I saw a good looking dude smiling at chicks but only talking to guys.

Most people, including many women, are attracted to people who take initiative.

i dont smile, i glare at females who look at me because i assume its because something is wrong with my appearance

Has anyone else noticed this pattern? Every time some guy describes himself as an 8/10, 9/10, even 10/10 online and/or IRL and I see what they really look like, they look ugly AS FUCK. Goofy looking even. But any time some guy describes himself as "decent-looking", "slightly-above average", "pretty good but nothing special", they end up looking like a straight up male model. OP definitely has a face that only a mother could love. If you were truly a 9/10 like you described, you would openly have girls coming up to you and low-key sexually harassing you (touching you, your arms, "accidentally" bumping into you) etc.

Has anyone else noticed this pattern? Every time some guy describes himself as an 8/10, 9/10, even 10/10 online and/or IRL and I see what they really look like, they look ugly AS FUCK. Goofy looking even. But any time some guy describes himself as "decent-looking", "slightly-above average", "pretty good but nothing special", they end up looking like a straight up male model. OP definitely has a face that only a mother could love. If you were truly a 9/10 like you described, you would openly have girls coming up to you and low-key sexually harassing you (touching you, your arms, "accidentally" bumping into you) etc.

We all live on anonymity.  No, at 135 though I'm definitely a 7+  I might be pushing beyond 8 given my age. As the architect I'm trying to date said "we all grow old and decrepit, intelligence is forever"

Having car issues and am thinking of saying fuck it and getting a nice car. Anyone have personal experience in making bad financial decisions?
+145OFFby Arroz con Pollo
WSO Mods Deleting Comments w/o Reason (+ Buzzfeed article?)
+106OFFby bawstin
Are the "classic" books worth reading?
+99OFFby Fast and Fiduciary
Ranking the Shape of States in the USA by Prestige
+76OFFby Amicable Chungus
Have you ever turned down more responsibility for personal reasons?
+49OFFby Isaiah_53_5 💎🙌💎🙌💎
Anyone else have a messed up family?
+36OFFby bolognapogna
Side hustle - is it worth it?
+35OFFby mango n lime
RIP Liver King
+32OFFby Isaiah_53_5 💎🙌💎🙌💎
Recovering from Adrenal Fatigue?
+28OFFby Gucci Loafers
Mental Health Struggle - College Undergrad
+22OFFby zz00zz
END_OF_DOCUMENT_TOKEN_TO_BE_REPLACED