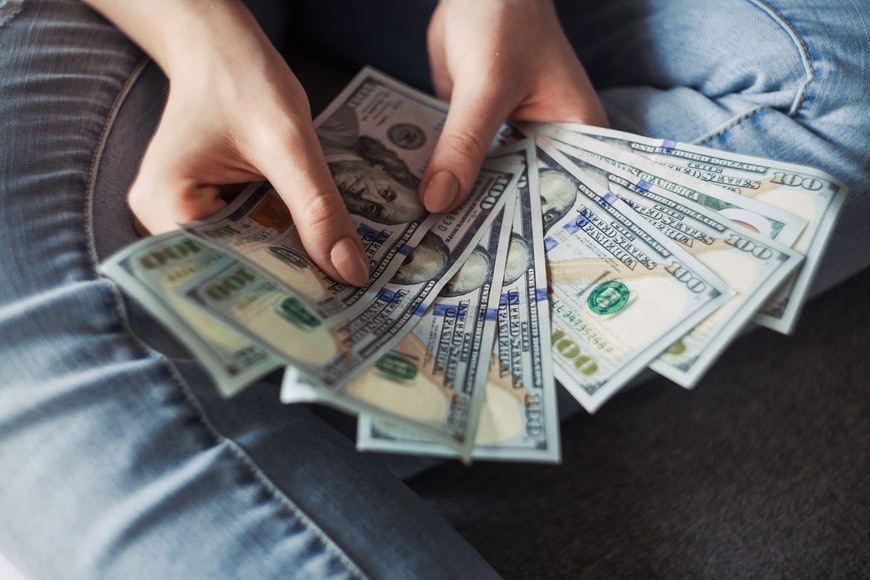 Variable costs differ from the general costs associated with administrative tasks and other functions that are consistent with budget requirements.

To operate efficiently, companies need to spend money on producing and selling goods and services that generate revenue for their business. Total operating costs usually include managers' salaries, sales staff, and laborers.

The costs associated with managing and maintaining a business office are known as overhead costs. The overhead costs are ongoing, meaning they must be paid continuously whether the company meets its sales or profit objectives. 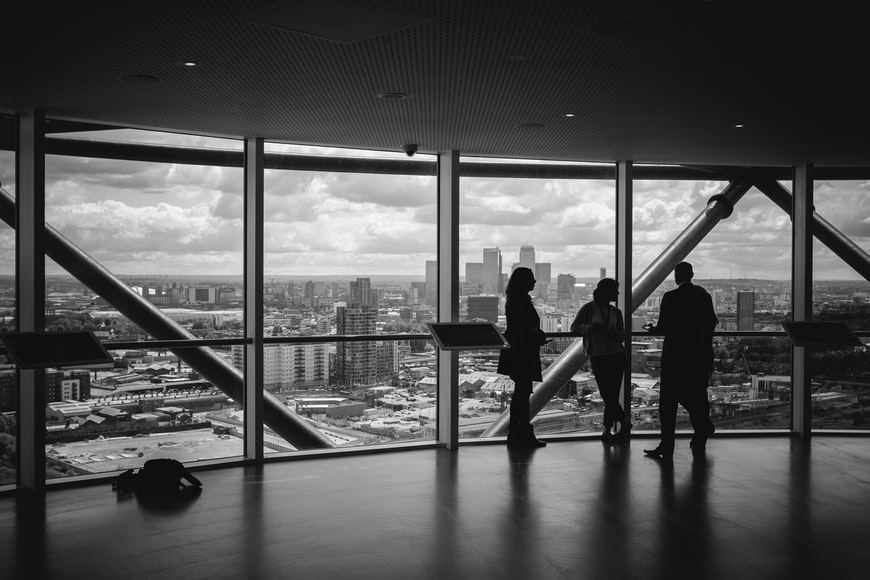 As the product increases or decreases, the variable costs move in parallel. Examples include production equipment, cost of using production lines, and salaries of those who handle and distribute the product.

The concept of variable costs can also be applied to business management. If so, the reference to those administrative costs varies according to the level of business activity.

Since many administrative costs are considered fixed, the amount of management variability is generally considered so small that it should not be reported separately.

The variable overhead is analyzed into two variants, noted below:

It is the difference between actual and budgeted labor hours worked and then applied to the standard variable overhead rate per hour. 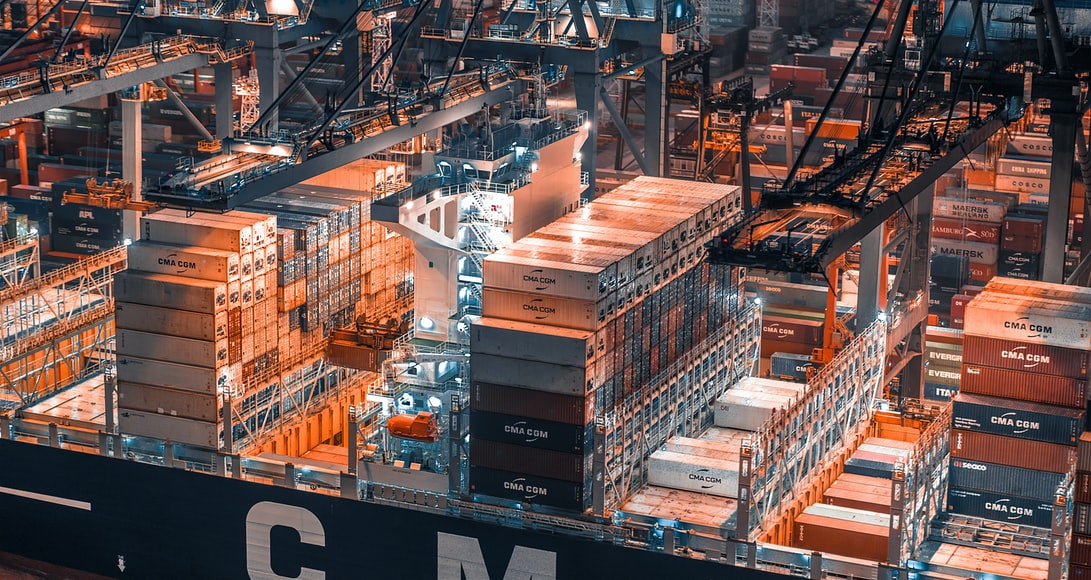 It arises from differences in the efficiency of production. A favorable variance means that the actual hours worked are less than the budgeted hours, which leads to the use of the average overhead amount throughout the few hours, leading to lower operating costs.

However, a favorable variance does not mean that a company earns more than it does: it simply means that there has been an improvement in the distribution base used for more spending.

Variable efficiency costs are the combination of production cost information submitted by the production department and the estimated working hours measured by industrial engineering and production planners based on historical efficiency and assumptions.

However, it is quite possible that a standard set that can be incorrectly set for working hours could result in a variation that does not represent the actual operation of the business.

Therefore, the investigation of the overhead variability of overhead performance should include a basic level appraisal review.

For example, the hours worked to produce a particular product may differ significantly from the standard or budgeted hours.

The formula is as follows:

It is the difference between actual and budgeted expenditures on a variable overhead. To understand the variable costs in spending variance, it is helpful to know what variable costs are. 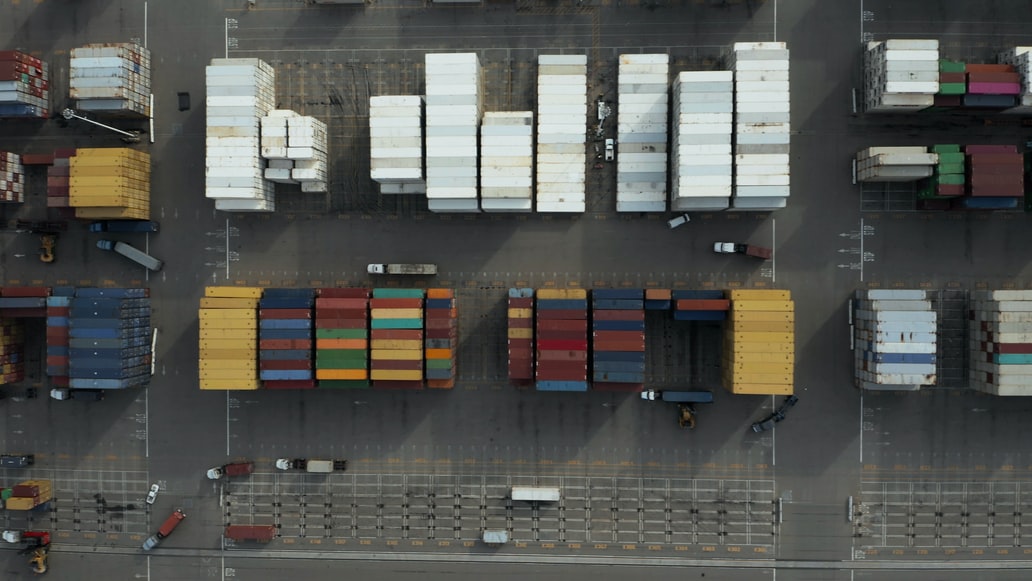 Variable costs are associated with running a flexible business. As production increases or decreases, the variable costs go hand in hand. On the other hand, overheads are usually fixed, for example, administration costs.

Variable costs, on the other hand, are associated with production levels.

The variability in spending is the difference between actual variable costs, based on the cost of the indirect material involved in the production, and the budgeted costs called the average variable cost.

A favorable variance means that the actual variable cost incurred per hour of work was less than expected.

It is the combination of production cost information submitted by the production department and the estimated working hours to be processed, as evaluated by industrial engineering and production schedule sticks, based on history and projected efficiency and resource capacity levels.

There are several possible reasons for the variations in the use of overheads. For example:

The concept of variable spending is particularly applicable when the production process is tightly controlled, as is the case when large quantities of the same units are produced.

The cost of equipment - electricity, gas, and water - often fluctuates depending on the output, the output of new products, the production cycle of existing products, and the seasonal patterns.

Due to the fluctuations, variable costs can be challenging to analyze and budget accurately. Despite this, it is essential to count the extra money to avoid overspending, set prices properly, make enormous demands, creates savings accounts, and so on. 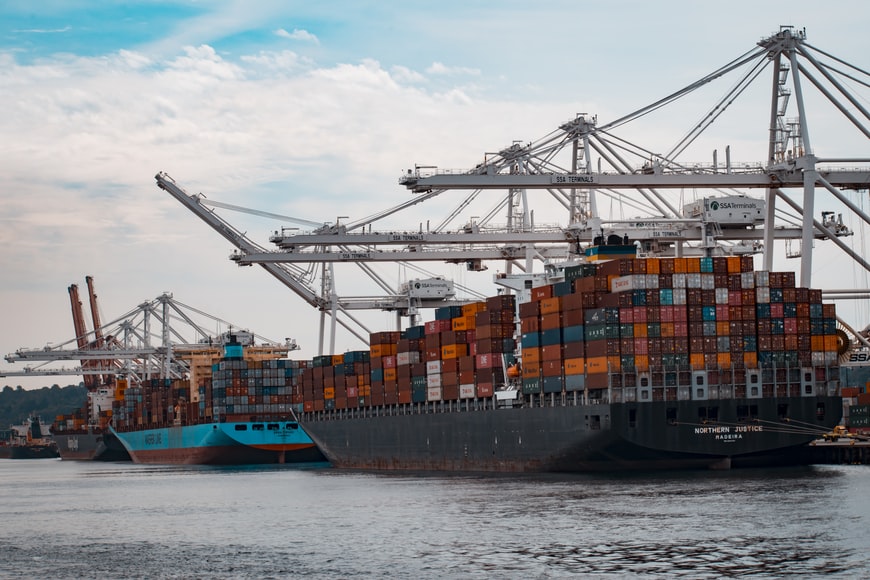 To calculate the total production costs at the current production level, manufacturers must incorporate variable costs and the total amount required to increase future production output.

Costs are then calculated to determine the selling price of the product. Therefore, it is essential to set small prices to ensure the company's profitability.

Moreover, manufacturers must incorporate variable costs to calculate the total production costs at current levels and the total amount required to increase production in the future. Statistics are used to determine product price levels to ensure profitability.

For example, the monthly cost of a power plant will vary depending on the output. If shifts were added to meet product demand, space and equipment would no doubt use more electricity.

As a result, overhead variable costs must be included per unit cost calculation to ensure accurate values.

Although increased production tends to increase variability, efficiency is possible as output increases. Also, price reductions on large commodity orders - due to rising productivity - can reduce direct costs per unit.

A few examples are:

Suppose the company increases sales of watches, and next month, the company has to produce 15,000 watches. As a result, the total variable cost of $2 per unit has risen to $30,000 per month.

Here we observe the per unit variable cost of manufacturing one watch remains constant at $2, but as the production increases, the total variable cost increases from $20,000 to $30,000. 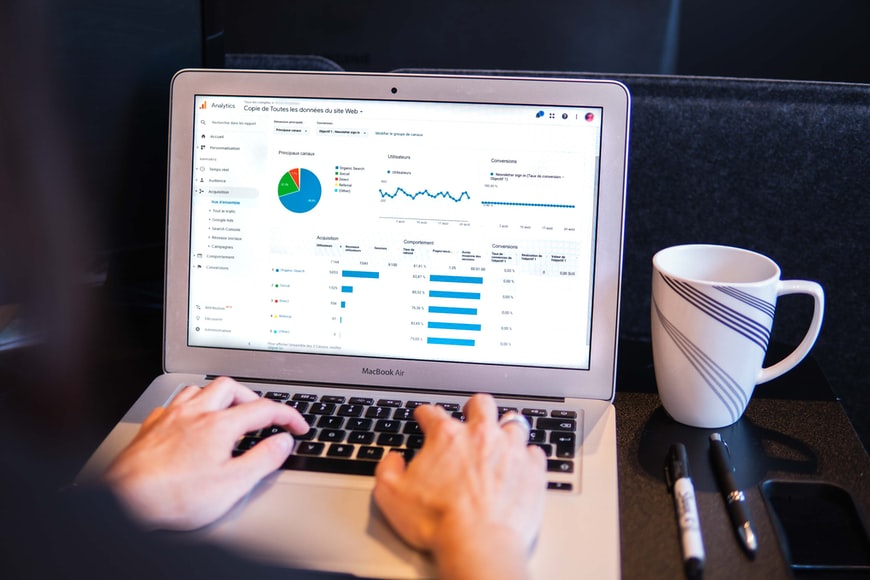 The difference is unfavorable because the company took longer than the budget to produce 1,000 watches.

The costing department of a watch manufacturing company estimates that based on hypothetical cost patterns, the company should have a maximum of $20 per hour of work performed as the budgeted labor rate.

In April, the actual rate incurred is $22 per labor hour. That month, production workers worked 18,000 hours. The variations in variable costs are:

The difference is unfavorable as the company incurred $2 more per labor hour worked.

Overheads are business expenses related to the day-to-day running of a business. Unlike operating costs, overtime cannot be tracked by a specific unit of price or business activity. Instead, they support every business venture.

Overhead expenses vary depending on the type of business and the industry in which they operate. However, they are essential in determining how much a company should charge for its products or services to make a profit. 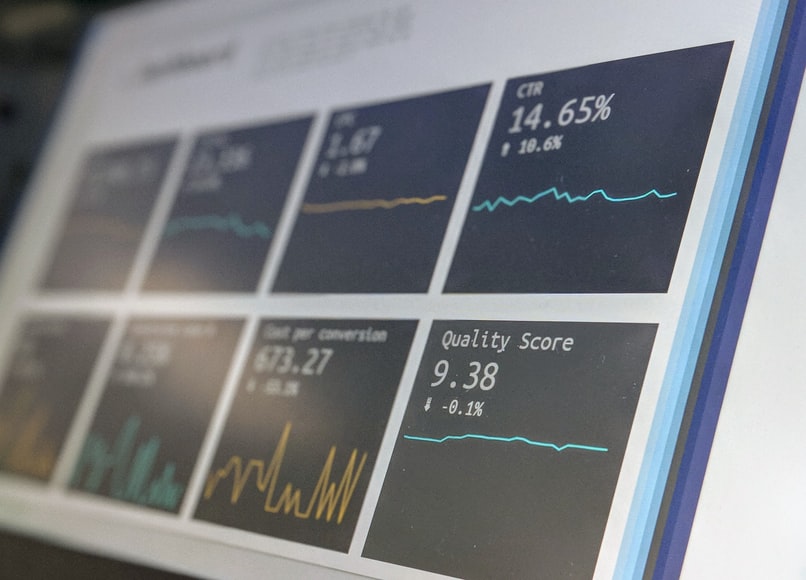 Overhead is what you pay to keep your business running. However, that does not include what you use to produce goods or provide services, usually on direct materials and labor. These costs are COGS (cost of goods sold) and COS (cost of benefits).

For example, when you buy ingredients for making cakes in your bakery, those costs incurred in the making of those cakes are called COGS. If you pay for your bakery delivery insurance policy, that's COS. These costs are directly related to your business - you get it when you make money.

However, renting a bakery, business insurance, accountant, and various administrative expenses are all considered overheads. These costs are not directly related to how your bakery is making money, but it keeps your business running.

There are two types of overhead costs: fixed costs and variable costs.

a. Fixed costs: Generally, there is no overhead flexibility with increasing or decreasing production in a given product. Thus, it is considered a fixed cost. Typical fixed costs include salaries of managers, supervisors, and employees in charge, property rental, and tax liabilities.

b. Variable costs: On the other hand, the variable cost of overhead goes hand in hand with an increase or decrease in production output. It means it is flexible with producing a specific product unit in the factory.

The main difference between the two types of overhead costs is that in the case where production is suspended, which means that the output is 0, no further variable costs will be incurred, so the total overhead in such cases includes only fixed overhead which will be incurred regardless of any production.

Fixed overhead costs are stable no matter how much they are produced. So, for example, rent and insurance in a factory building will be the same whether the company is struggling or low in value. 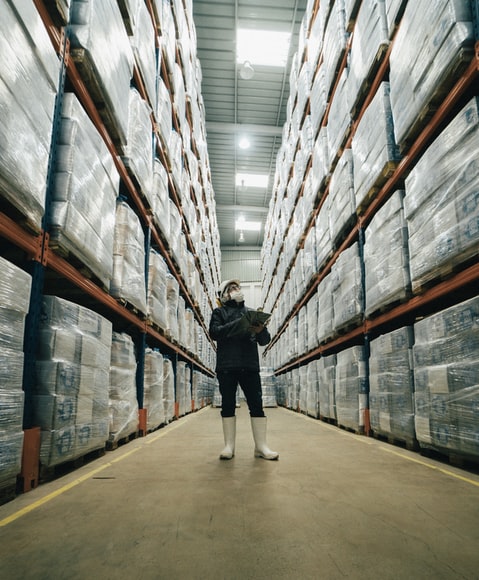 Fixed overheads do not change and do not vary as a production function increases or decreases. Fixed overhead costs are fixed costs even if the volume of production changes. These costs are accurately predicted and are required to keep the company running smoothly.

Examples of fixed overhead costs include:

Variable costs, however, will increase with the increase in production, such as consumer goods or electricity. These costs vary depending on the output, such as energy bills, equipment, or pay for authorized personnel. 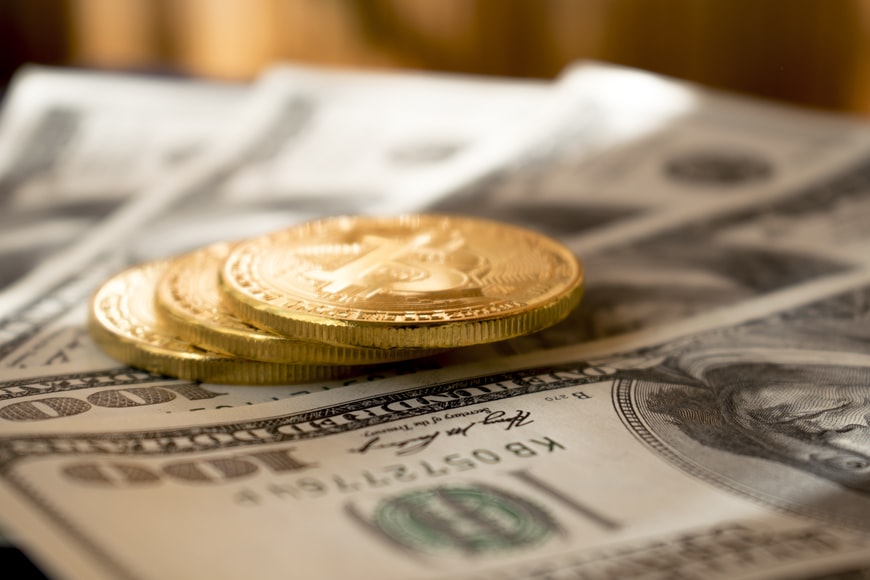 The costs are variable as production capacity or the number of services provided changes. There will be no additional variable costs if there is no production output.

Companies with vast fixed costs compared to variable costs may find it challenging to sustain during an economic downturn as they cannot quickly eliminate their fixed costs without damaging their entire business.

In contrast, companies with more variable costs than fixed may have an easier time reducing costs during the recession as variable costs will decrease with any production decline due to low demand.