The German economist is known for his two most popular theories about Capitalism and Communism that still portray international influence.

Marx's primary focus during his life was the struggle between capitalists and the working class, which resulted in him coming up with the concept of Marxism and generating different reactions from fellow critics, particularly the general population. 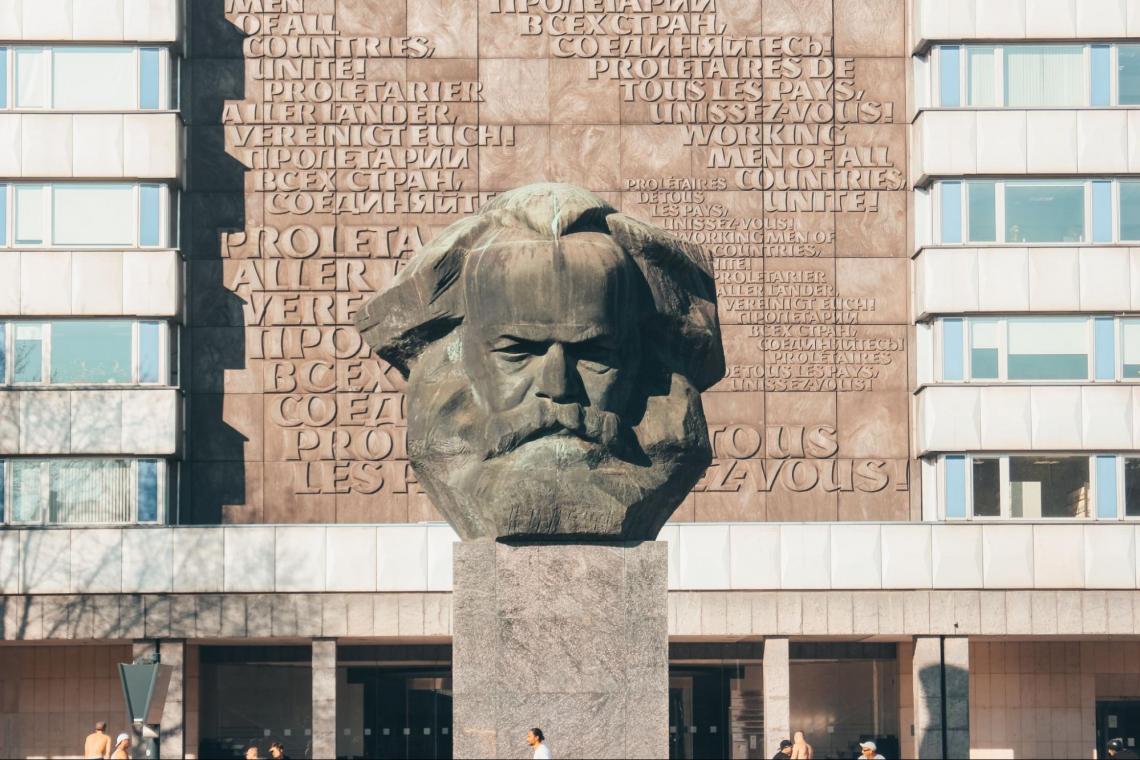 Karl Heinrich Marx, born in 1818, developed many ideologies regarding philosophy, sociology, and economics.

The German economist is known for his two most popular theories about Capitalism and communism that still portray international influence.

Marx, a well-known historian, took part in the debate against Capitalism by writing his famous books Das Kapital and The Communist Manifesto. Each of his books focused on a specific cause.

The book describes how the capitalist system operates and how it will supposedly destroy itself.

This book influenced the revolutions that happened in 1848 and also pushed other radicals to take action. 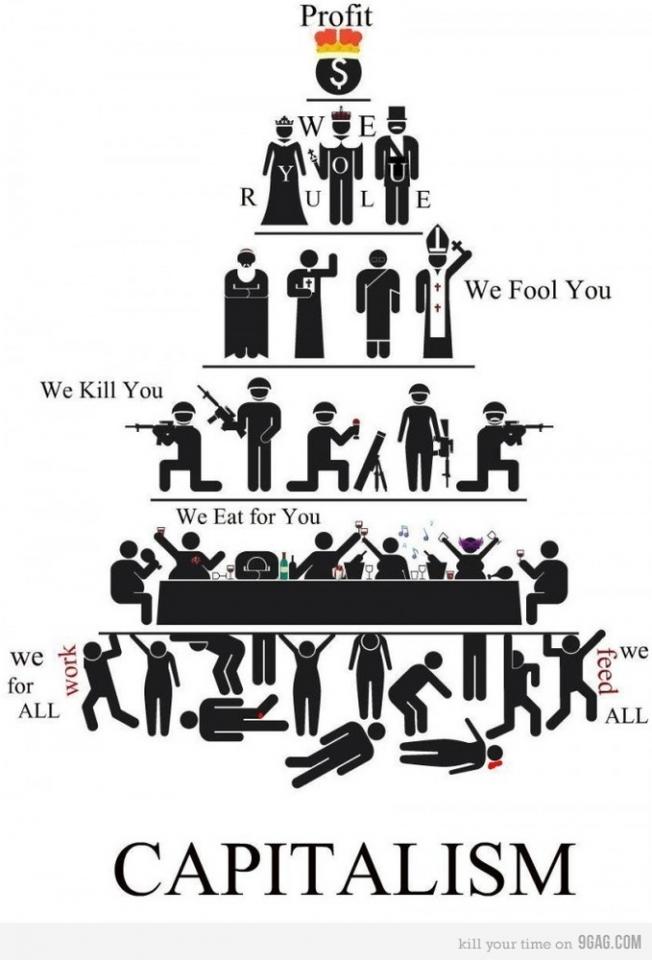 Marx debates that Capitalism is the reason behind many global issues in society, and these include:

He believed that because of this system, society would split into "business owners" and "workers," which he labeled the bourgeoisie and proletariat.

Furthermore, he condemned the capitalist system as a way to alienate the masses.

Karl Marx defines capital as "a social, economic relation" between people, meaning that private ownership of the means of production benefits capitalists at the expense of workers.

He also argued that following such a system would lead to a revolution. In contrast, the working class would not be satisfied with their living conditions due to the inequality between social levels.

Moreover, in the preface of Das Kapital, Marx writes:

"Here, individuals are dealt with only as fast as they are personifications of economic categories, embodiments of particular class relations and class interests."

In saying that, he focuses on class roles as the primary determinant behind any worker's behavior.

The Marxist critique of Capitalism continued for several decades and still reflects a reality we currently face in contemporary society.

There are many examples of Capitalism in our everyday life:

According to the Index of Economic Freedom, here is a list of some countries displaying the greatest quantifiable economic freedom in 2021:

Marx's views on Capitalism were and still are debated by socialists, economists, and regular civilians.

Marx's opinion generated diverse reactions like any other statement, as people worldwide either agreed or strongly disagreed with what he said.

Criticism against this German philosopher manifested in many controversial ways. 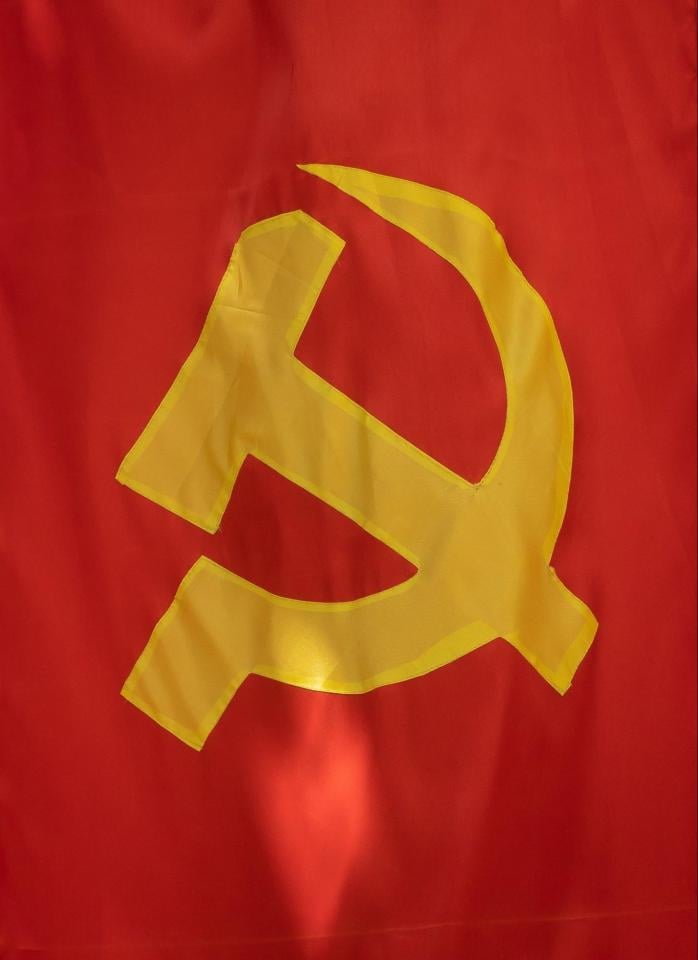 On the one hand, Terry Eagleton (literary critic) took it upon himself to explain why Marx's view on Capitalism made sense by publishing Why Marx Was Right.

On the other hand, Why Marx Was Wrong, -a book by Lawrence Eubank- explored the possibility of Marx's theory not being persuasive enough to the public.

Therefore, having an accurate answer on whether Marx was right or wrong is nearly impossible, as people differ in their thinking, analysis, and opinions.

In simple terms, it refers to a political and economic system aiming to create a society with no classes, as the primary means of production would only be owned by the public.

The modern communist ideology appeared during the French Revolution and was developed by Marx and Engels in 1848. 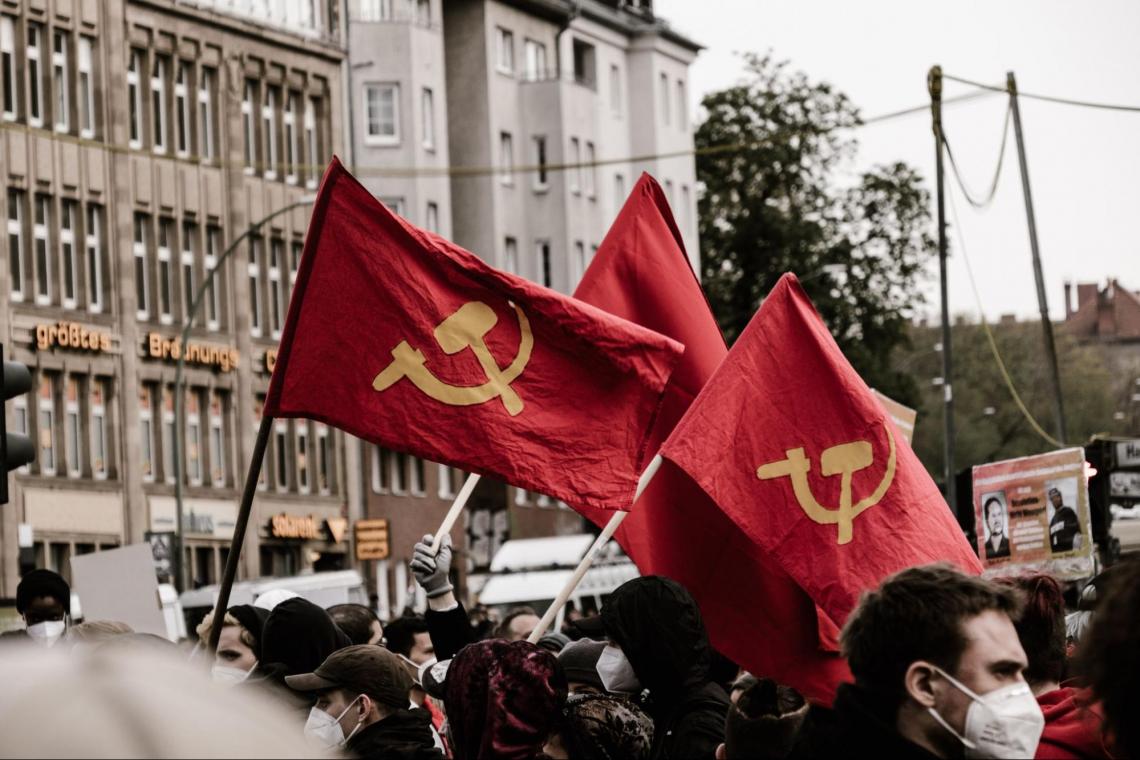 Both systems are similar but do not share significant differences.

Communism is based on Marxism, and the two cannot be separated.

However, even if they are correlated, one can see that Marxism is the theory and Communism is the practical implementation of it.

On the one hand, the communist system is the realization of a society without a state, where everyone is equal. But on the other hand, it can also be called a political system based on a Marxist ideology.

On the other hand, Marxism stands for the framework by which such a state is developed in the first place; it's a political ideology based on Karl Marx's ideas.

That being said, the Marxist ideology is to prepare the society for Communism.

Moreover, the Marxism philosophy views that just as society transformed from feudalism to Capitalism, it would transform itself into Socialism and eventually Communism.

Nonetheless, one could say that the method by which the transformation takes place is what differentiates the communists from Marxists.

Difference between Communism and Capitalism

A communist society is the total opposite of a capitalist one:

The trade and industry of the economy are controlled by private individuals when it comes to Capitalism, whereas the community is responsible for the economy in Communism. 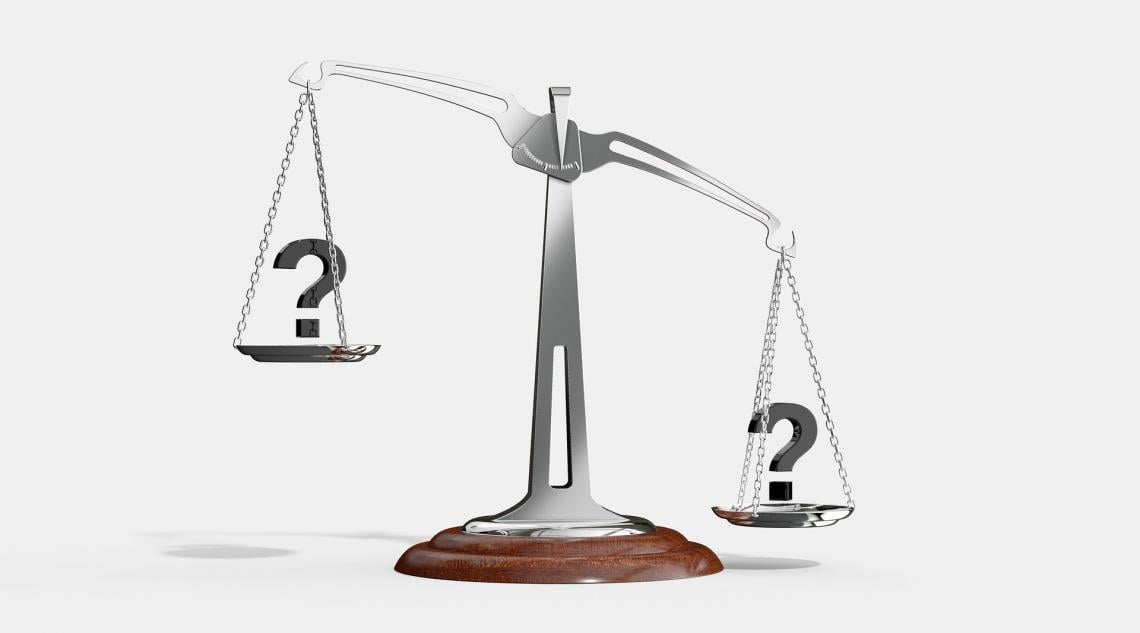 So, what is Socialism exactly?

According to Marx, Socialism is an economic transition in which the sole criterion for production is use-value. Therefore, the law of value doesn't direct economic activity.

The former Soviet Union is an example of a socialist system.

They transitioned from a capitalist to a socialist government in 1991.

Nowadays, there are quite a few countries following the concept of Socialism.

Just like any other system, Socialism has both advantages and disadvantages.

How is Communism related to Socialism?

Communism is a form of Socialism, a higher and more advanced form of it, according to its advocates.

Marx used many terms to refer to a post-capitalist society:

However, even if both systems could be associated with each other in one way or another, they still are different in economic and political theories. 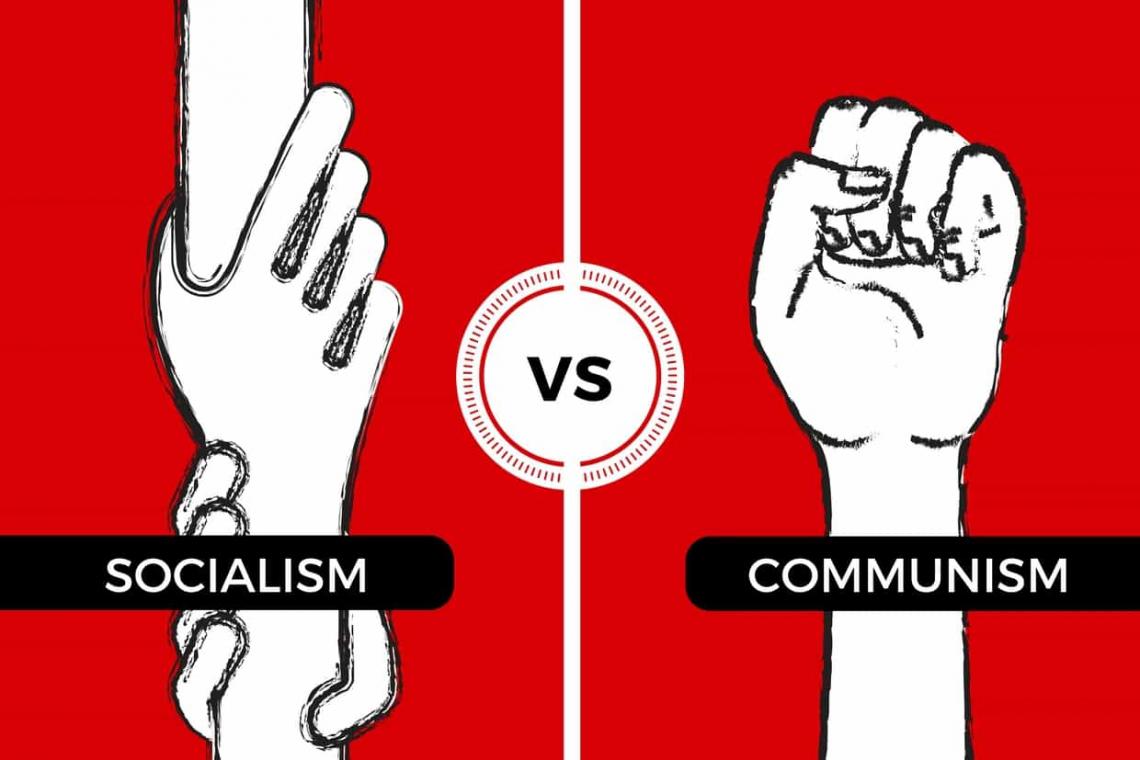 Under Communism, people are usually compensated for their needs, whereas Socialism provides for them based on their level of contribution to the economy.

An effort is thus rewarded under a socialist system. 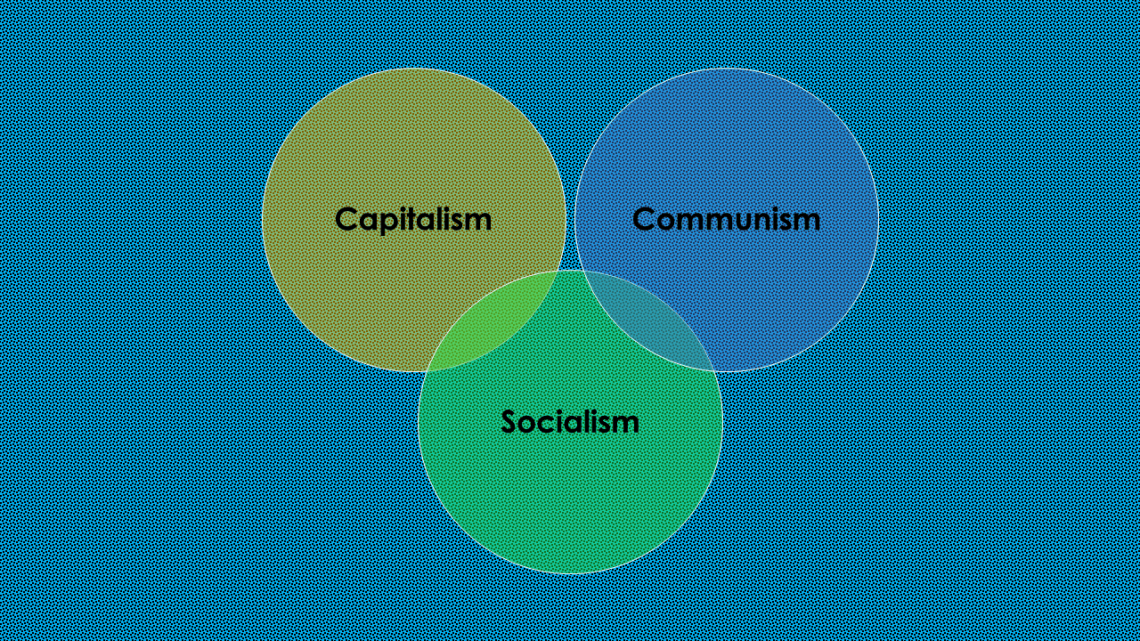 After exploring the relationship between Communism, Capitalism, and Socialism, let's shed some light on how each system influences society.

History has demonstrated that Communism and Socialism slow down the growth of economies, as there is no competition between businesses, and people in charge of business are often political appointees.

The people responsible for managing businesses are chosen more for their social and political connections than their market understanding.

Moreover, large industries are usually under the control of many bureaucrats, who often issue conflicting demands.

Bureaucrats do not precisely care whether society wants their products, services, or costs since the government pays them. 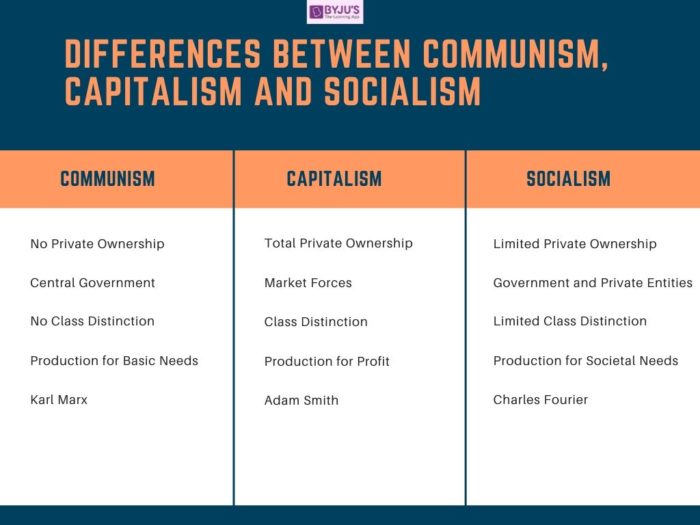 Not only are people in charge of businesses ignorant of understanding basic economics, but it is also almost impossible to remove them, which is a significant problem in such systems.

Capitalism works best because it mainly promotes competition so that only the most efficient and productive businesses survive.

For a business to successfully survive and thrive in the market, its owners must be knowledgeable about every detail.

On top of that, to manage things effectively, business owners should focus on minimizing the costs as much as possible while producing and being aware of their customer's wants. 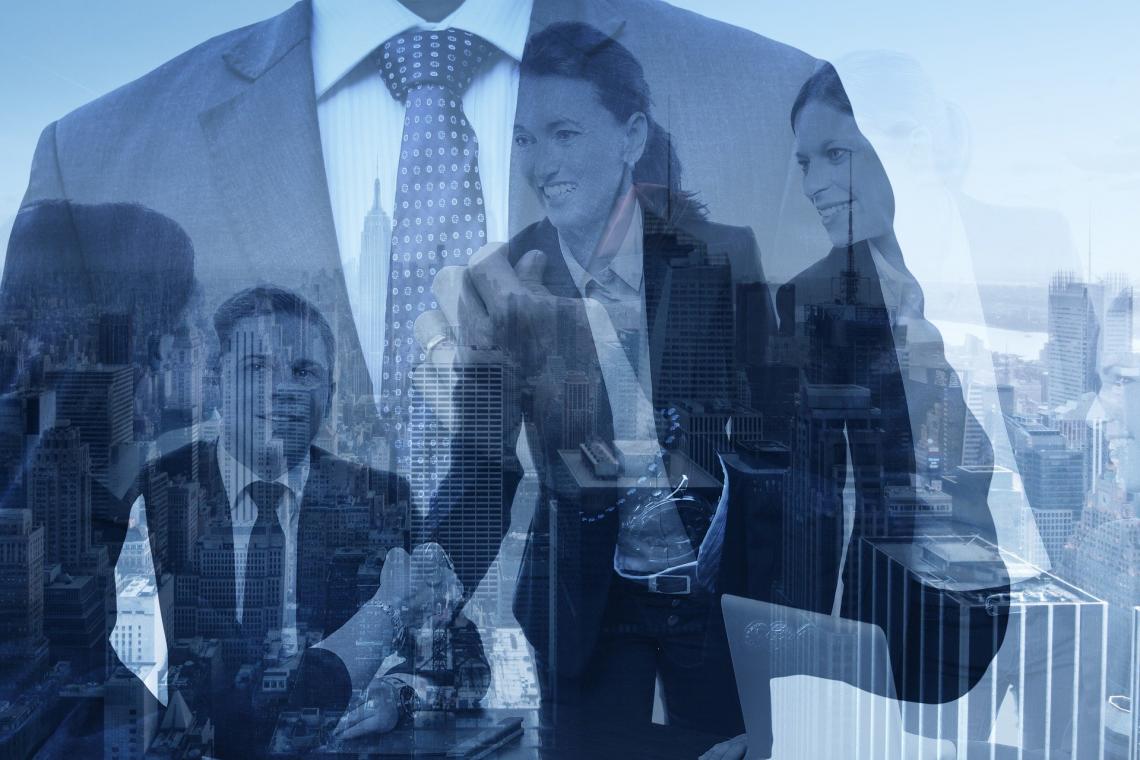 Otherwise, their business is going to fail, as most do.

Although the capitalist system is considered the most effective of the three, it still has its downsides, which Marx focused on.

Capitalism creates massive economic inequality and even leads to an erosion of human rights.

The redistribution of some wealth is deemed necessary because even in a capitalist economy, some people gain tremendous wealth at the expense of poor people.

Marxism profoundly affected our contemporary culture: modern Communism is based on it, and most modern socialist theories derive from it.

Marx's political slogan is "Workers of the world, unite! You have nothing to lose but your chains!"

The Marxist theory also had a tremendous effect on academia by influencing disciplines from economics to philosophy and literary history.