The first four to six digits of a Credit Card. 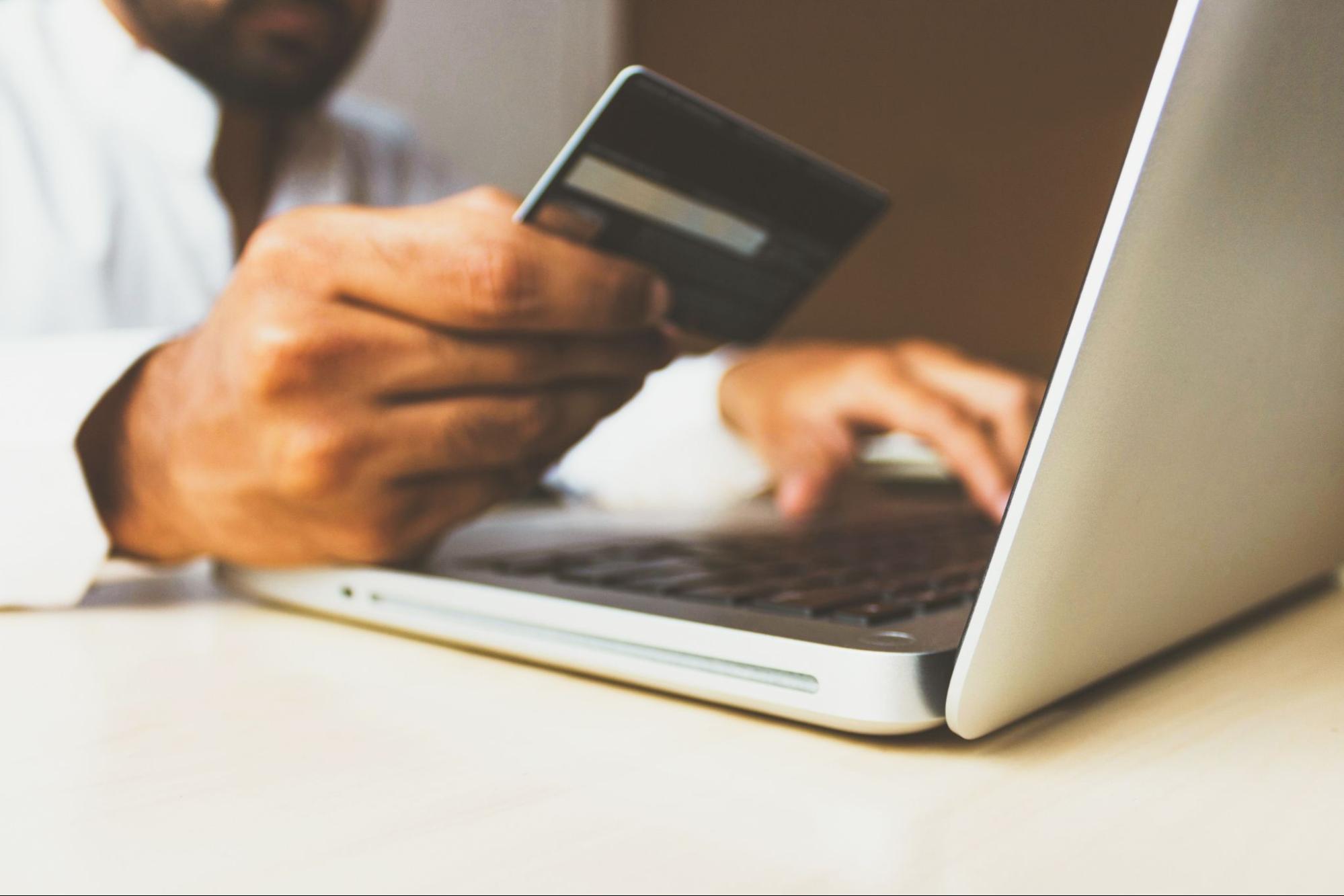 The BIN is a security measure to safeguard customers and businesses conducting online transactions. Comparing the data obtained from it to the cardholder's data can give helpful information to identify cases of identity theft, stolen cards, and fraud.

It can track the geographic location of the bank that issued the card and identify the financial institution.

By comparing the cardholder's physical location to the location specified by the BIN, participants in online transactions can identify instances of fraud and identity theft. It is also called an Issuer Identification Number (IIN) because financial institutions other than banks also issue cards.

The finance sector, like most others, is rife with obscure acronyms and baffling jargon. The BIN is a prime illustration.

A numbering convention called the BIN (or bank identification code) was created to specify which institution issued a given credit card or other bank cards and what kind of institution it is. Each card-issuing bank has a different BIN; it essentially serves as the bank's business card.

First, let's examine the complete set of numbers on the front of a typical bank card. All cards, including debit, credit, prepaid, and some electronic benefit cards, are subject to this numbering system. Here, we collectively refer to them as "payment cards." 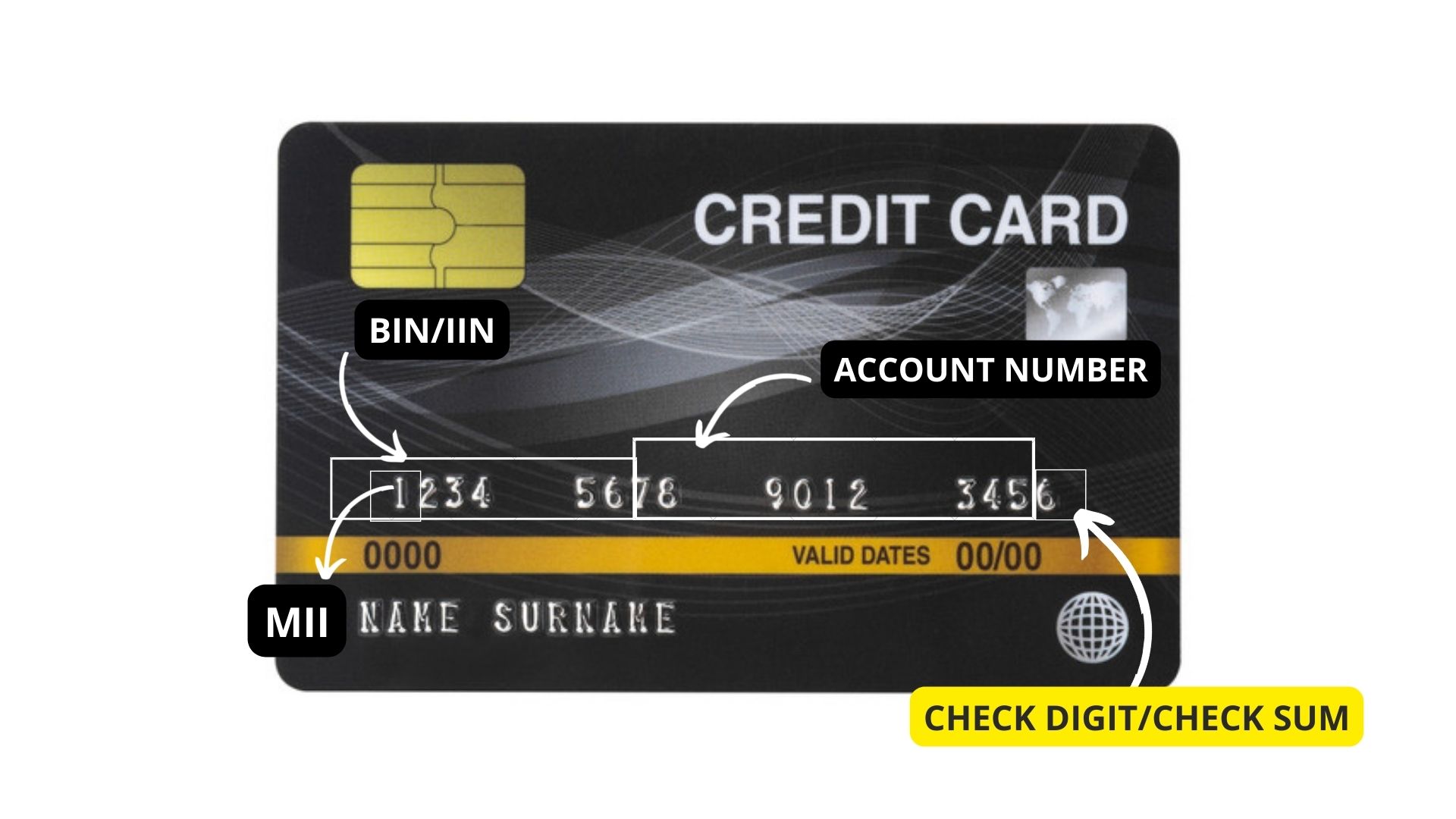 This reflects that more non-bank institutions are choosing to join the BIN network. IIN and BIN, however, can essentially be used interchangeably. Depending on the particular organization that issued the card, the number, in either case, can range from four to six digits.

Although it is most common to use the first six numbers, this is not required, but it may soon become so. 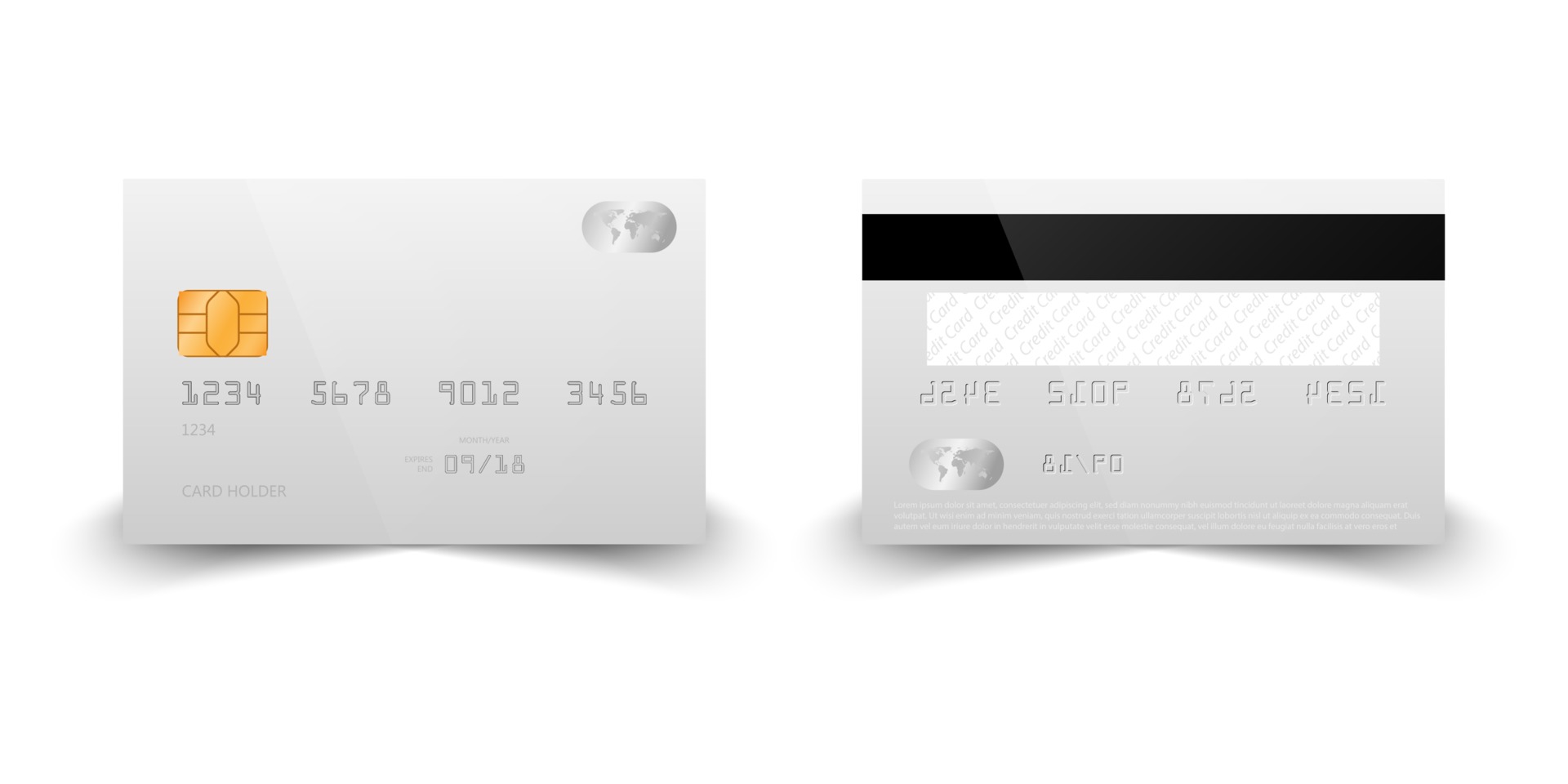 How does the BIN system work?

An industry identifier is a name given to the first character of the BIN. It is used to specify the issuing company's industry. For instance, banks and other financial institutions own cards that begin with a 4 or 5.

Similar to this, other numbers are set aside for different sectors, such as the airline, entertainment, and hospitality sectors. Finally, the card-issuing organization is identified by the final five digits of the BIN. 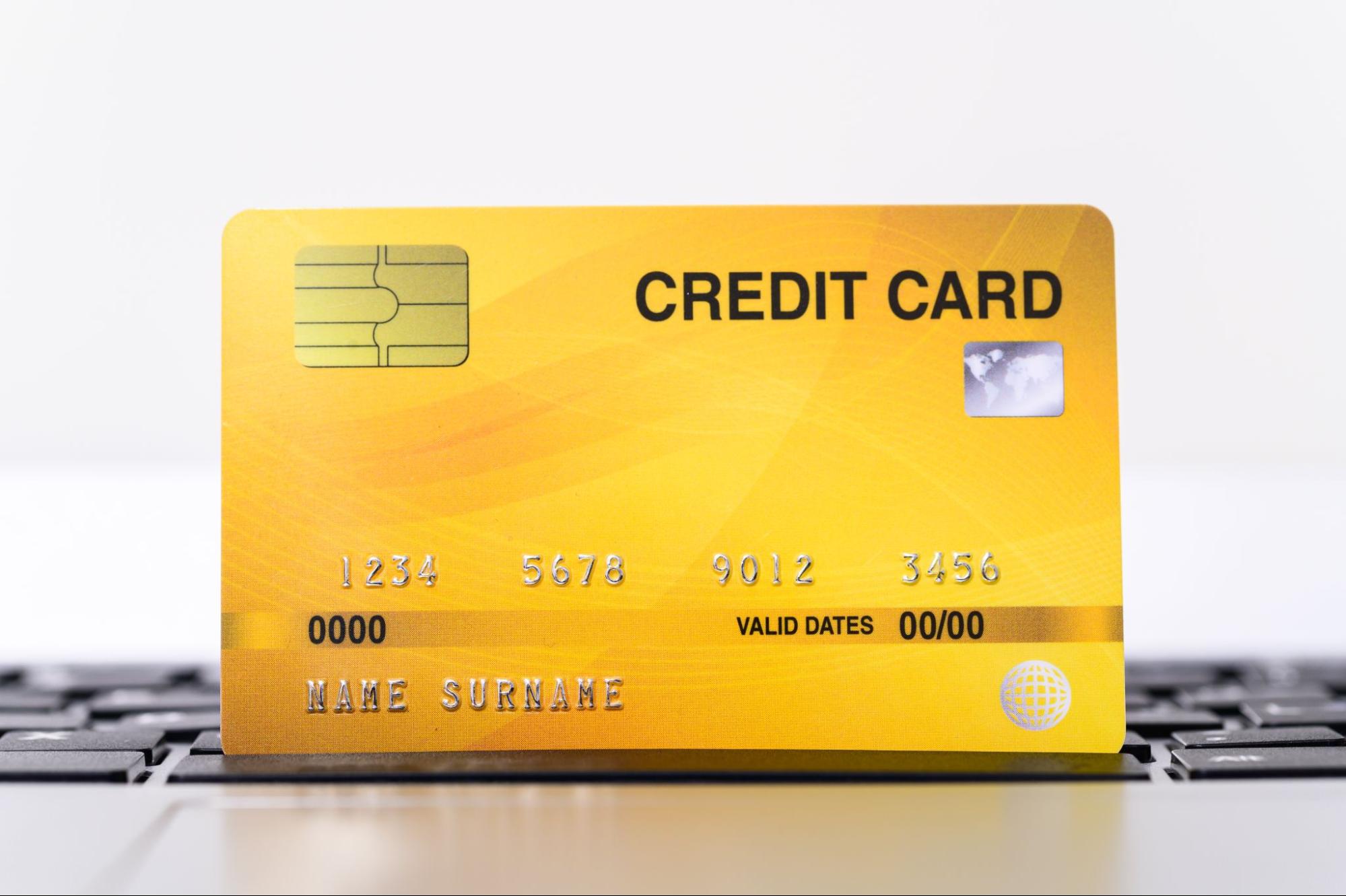 A BIN aids in tracing the source of a customer's funds. For example, when a credit card is swiped, the card reader reads the BIN to discover the corresponding account. It then submits a request to withdraw money from the card's associated account to complete the transaction.

The approval process by the card's issuer only takes a few seconds. Typically, the procedure is automated. But, for instance, the request might occasionally be turned down if the transaction's value exceeds the daily withdrawal cap.

The BIN is crucial because, without it, credit card readers and online payment systems will be unable to recognize the account that needs to be debited, preventing the transaction from going through.

It makes crucial data known to the person conducting the transaction and identifies the card-issuing institution and its location. It enables users to confirm information and spot instances of fraud, lost cards, and identity theft during online transactions.

Let's look at an instance where a customer makes an online purchase. The online merchant can locate the financial institution that issued the card, and its location after the customer enters his card number.

The online retailer can match the information to the location on the customer's profile. However, this is not particularly helpful in and of itself. Instead, it may be beneficial in confirming the legitimacy of the transaction.

The online retailer can look into the matter further if there is any reason to think that the transaction is fraudulent after cross-referencing the data.

Similarly, customers can confirm a merchant's details before completing a transaction when sending money to them via online banking.

It serves a crucial role in a world where trade and commerce are moving online, and safeguarding consumers and merchants is necessary. In addition, they are essential to ensuring that transactions made online go smoothly.

The Major Industry Identifier, or MII, is the first digit of the card number and has some significance on its own. 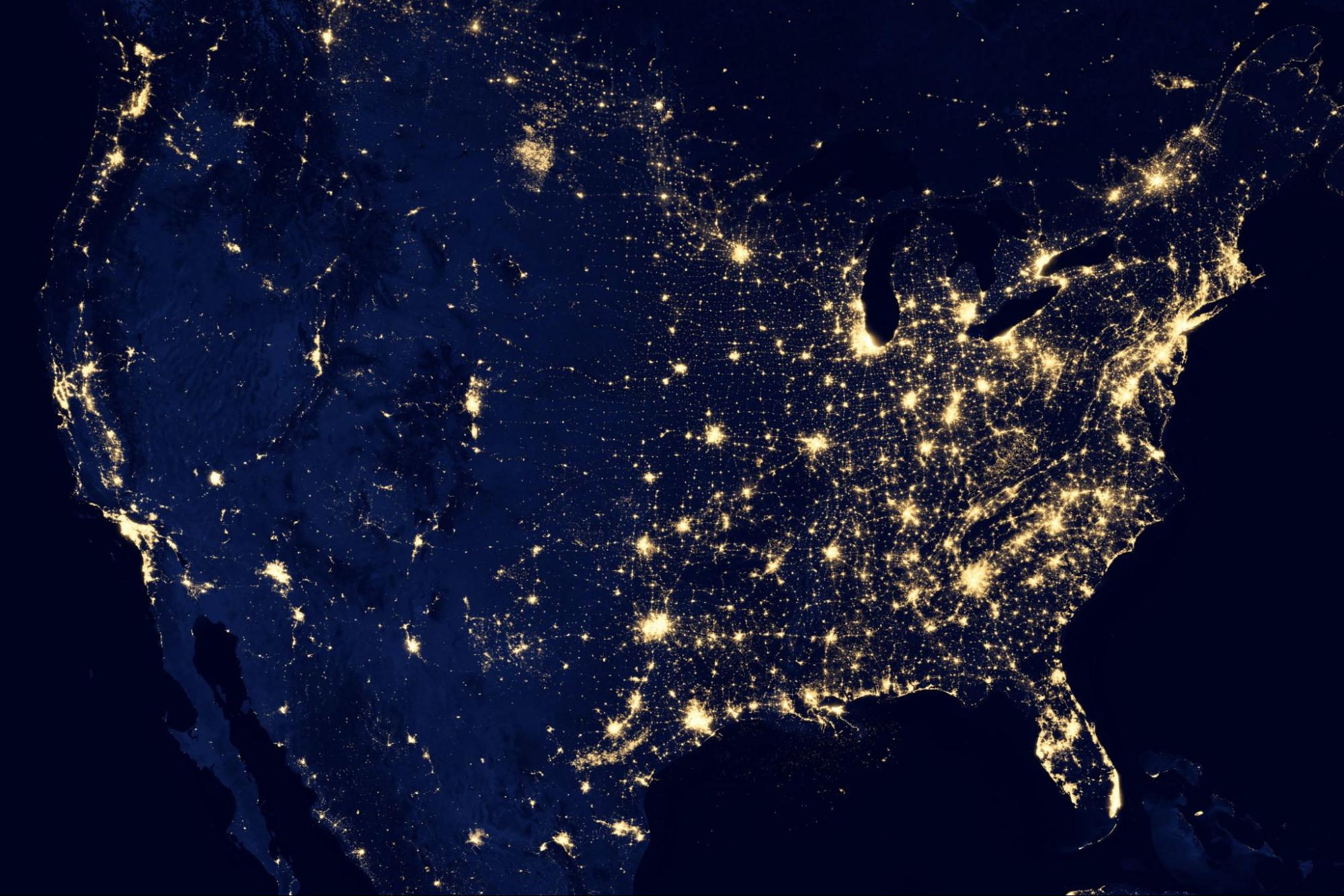 The MII identifies the institution type or category that issued the card. For instance, Visa- and MasterCard-branded cards are typically issued by banks, which is why they are categorized as financial payment cards.

Since this was their primary purpose when they first launched, Diner's Club and American Express are regarded as travel and entertainment cards.

The MII codes are listed in this chart by category: 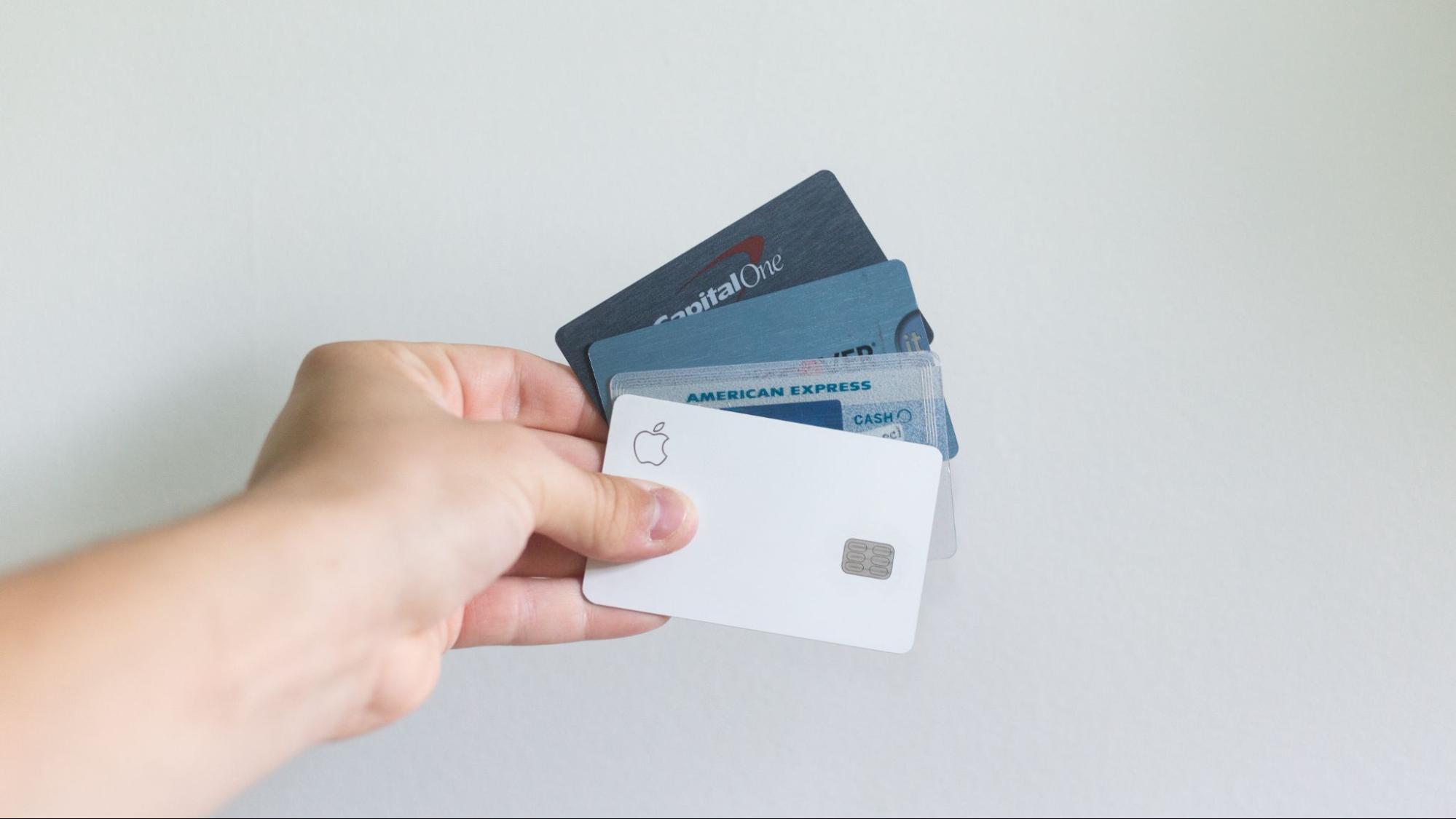 The remaining 16 (or 15, in some cases) digits, which include one or more check digits, also known as a "checksum," make up the cardholder's account number. The result of a formula used to help determine whether a credit card number is valid is known as a checksum.

Each issuer could have roughly one trillion different account numbers for their cardholders, given the possible number combinations. 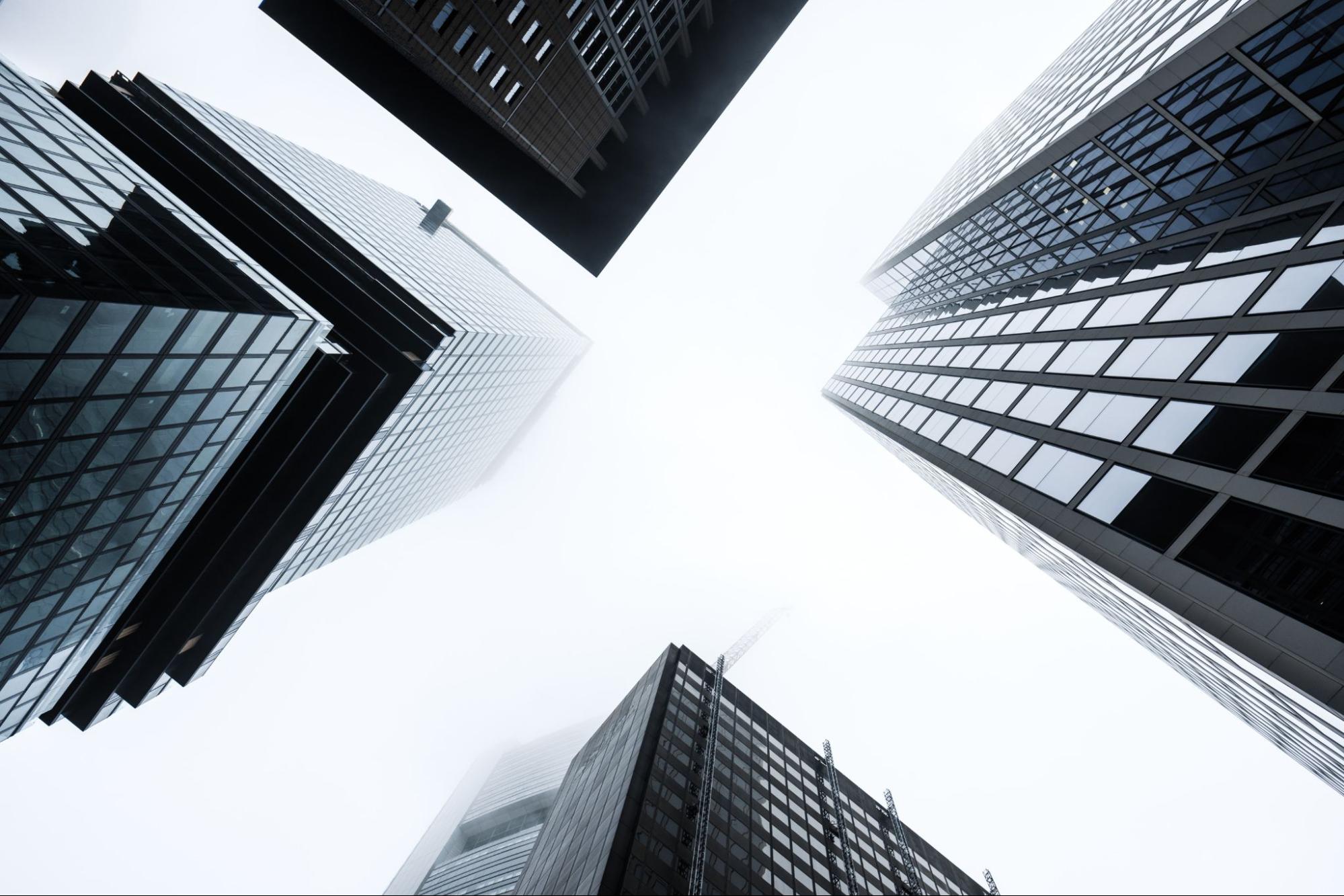 While the ISO is an international non-governmental organization that develops standards for various industries, the ANSI is a nonprofit organization (NPO) that produces business standards in the United States.

Every credit or debit card has a BIN number. Debit cards, credit cards, charge cards, gift cards, electronic benefit cards, and other payment cards are all assigned a set of four to six numbers randomly. In addition, the card's front features an embossed number printed below it.

The first digit specifies the major industry identifier. The issuing organization or bank is identified by the numbers that follow. For instance, Visa credit cards, which begin with a four and fall under the banking and financial category, have four digits.

Imagine a customer enters their card information on the payment page when making an online purchase.

The online retailer can determine which organization issued the customer's card after providing the first four to six digits of the card, as well as:

When a customer requests a transaction, the issuer receives an authorization request to check the validity of the card and account as well as the availability of the purchase amount. The charge is either approved or rejected as a result of this process. 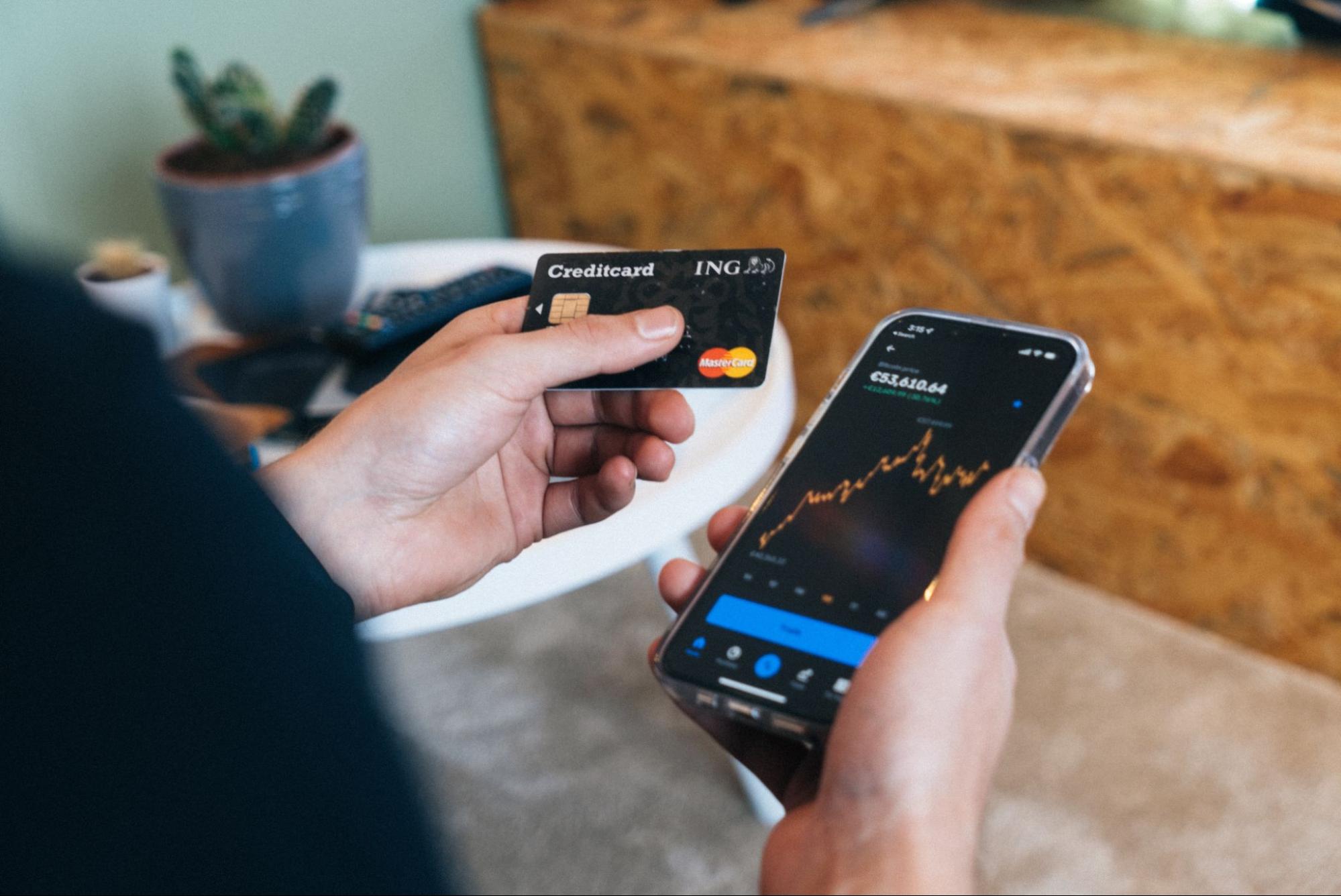 The credit card processing system couldn't complete the transaction without a BIN because it couldn't identify the source of the customer's funds. The BIN number enables faster transaction processing and allows merchants to accept various payment methods.

BINs can be used for many different things. The main goal is to give businesses the ability to analyze and evaluate credit card transactions.

Additionally, they enable businesses to determine whether issuing banks are located in the same nation as the device used to complete the transaction. It also helps to identify originating banks and their address and phone number.

Additionally, it confirms the customer-provided address.

More importantly, by comparing information like the addresses of the cardholder and the issuing institution, the numbering system aids in detecting identity theft or potential security breaches. 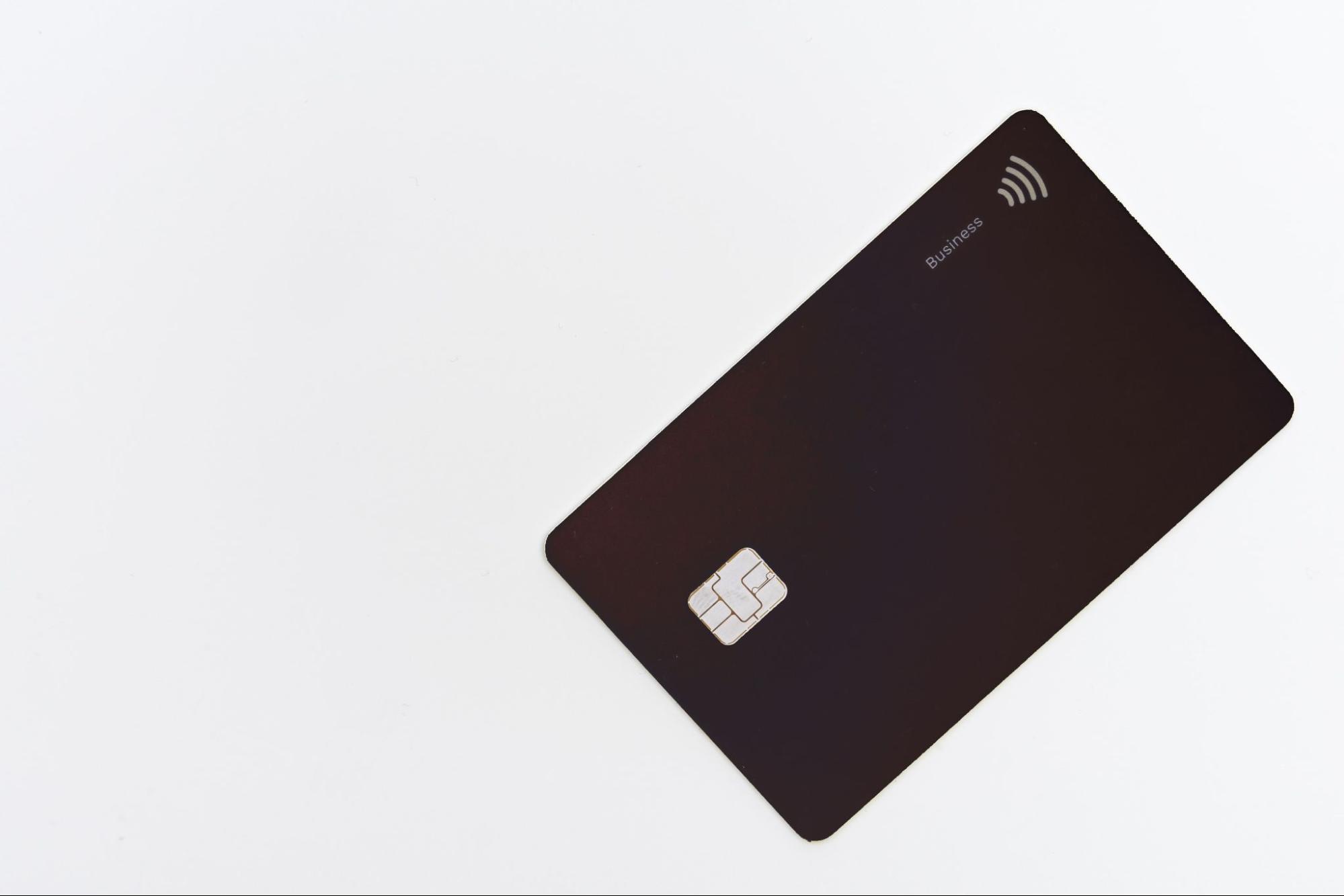 Here is a hypothetical illustration of how BINs operate. Let's say a customer fills up their car at the gas station and pays with their bank card. The system scans the BIN of the card after it has been swiped to identify the particular institution that issued it.

The customer's account is then updated with an authorization request. Within a few seconds, the request is authorized, and the transaction is approved if there are sufficient funds to cover the charge. Otherwise, it is declined.

To determine which payment cards belong to which issuing financial institution, bank identification numbers are used. 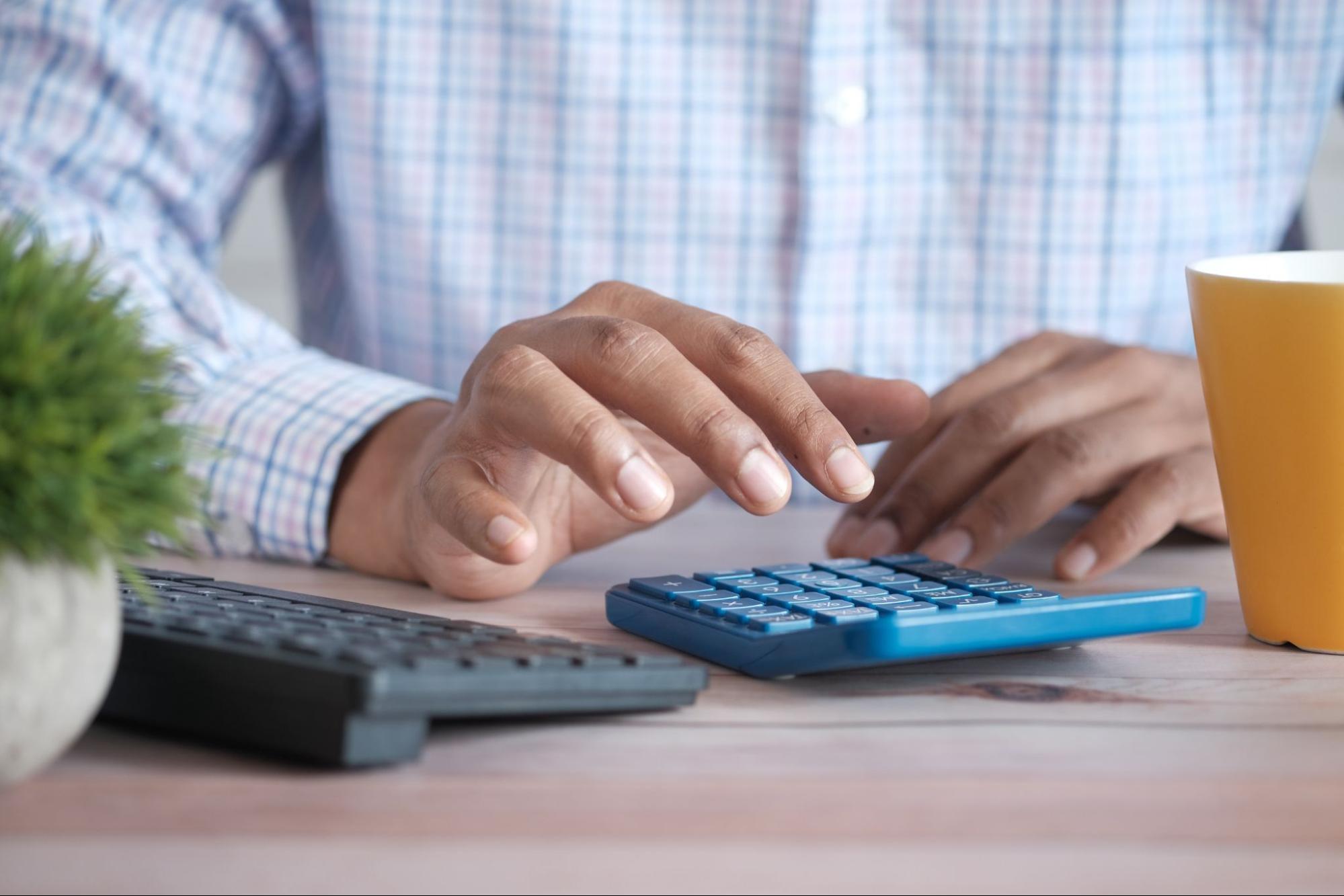 Aside from that, BINs also assist in facilitating financial transactions and guaranteeing consumers' security against fraud and identity theft. Keeping your financial information, including your BIN, private is crucial for this reason.

Keep in mind that your bank will never contact you by phone or email to let you know that the security of your account has been compromised. So don't talk to the caller if you ever receive a call claiming otherwise. Hang up instead and inform your bank. On the FTC's website, you can submit a complaint to report this kind of fraud (if you or the fraudster are located in the US).

The most popular car brands in the US are represented by a few examples of the BIN format. 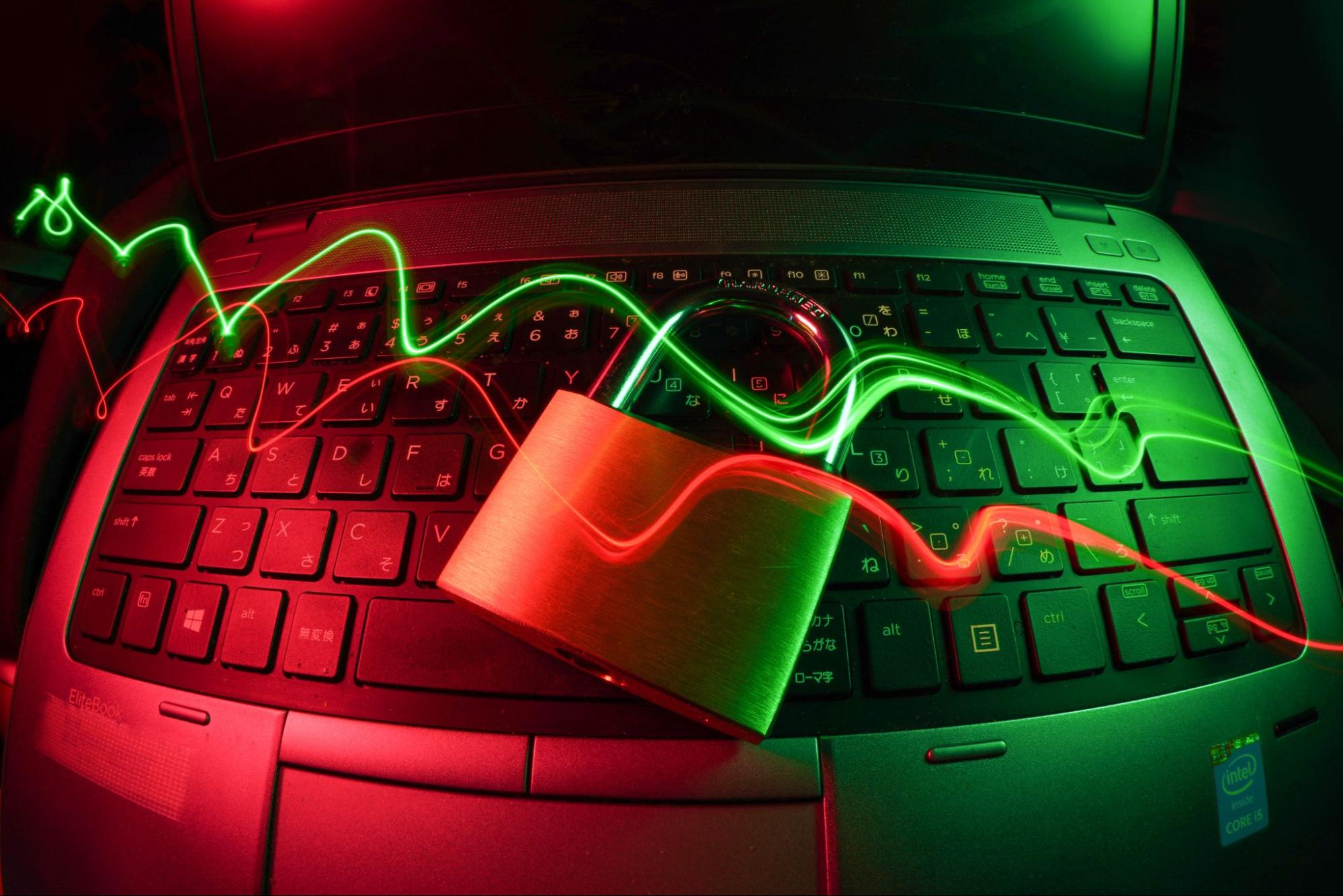 What is a BIC?

A BIC may be non-connected or connected. Formally known as SWIFT codes, they are a part of the SWIFT network. However, nowadays, it is typically only used as a point of reference.

How do you use a BIN?

Although consumers don't typically use BINs, it's still important to understand what they mean. The first digit designates the primary industry, and the following numbers identify the financial institution that issued the document.

The issuing institution receives a request for authorization whenever you make a purchase or conduct a transaction. This request aims to confirm the account's legitimacy and the funds' availability. The transaction is approved if everything looks good. If there is an issue, the organization rejects the transaction.

What is BIN Scamming?

There is a fraud scheme known as a BIN scam. This occurs when a fraudster calls you pretending to be from your bank and informs you that your account information has been compromised. To win your trust, the con artist may divulge information to you.

Once they have you, they start by asking where your bank is and then attempt to verify the card number. Next, they ask you to confirm the remaining card digits and any other information they can get from you after giving you the bank identification number they have.

Because they contain details about the type of card being used, the type of bank, and other information about the issuing company and cardholder, BINs aid banks and other financial institutions in identifying cards that have been compromised or stolen.

How Can You Protect BINs from Fraud?

BIN attack fraud occurs when a hacker uses a known BIN and then generates the last numbers randomly. A hacker, for example, could take a BIN in the Mastercard IIN range, such as 2221, and develop the remaining 12 digits to create thousands of potential card numbers.

They will then use these randomly generated numbers to try to find an actual card number online. However, understanding how BINs work can assist you in detecting potential BIN attacks.

Watch out for multiple small transactions, mainly when they occur in volumes. This may be because a fraudster is testing cards. Additionally, search for numerous declines that appear at the same time.

This might prove that a fraudster is testing card numbers on your website. A sign that card numbers are being generated to perform a BIN attack is an unusually high number of transactions, especially if they happen quickly.