It is a type of municipal bond secured by the revenues of hospitals that earn in the course of their normal operations and is used to fund the building of new facilities or modifications to existing hospitals.

A hospital revenue bond is a type of municipal bond secured by the revenues of hospitals that earn during their normal operations. It is used to fund the building of new facilities or modifications to existing hospitals. 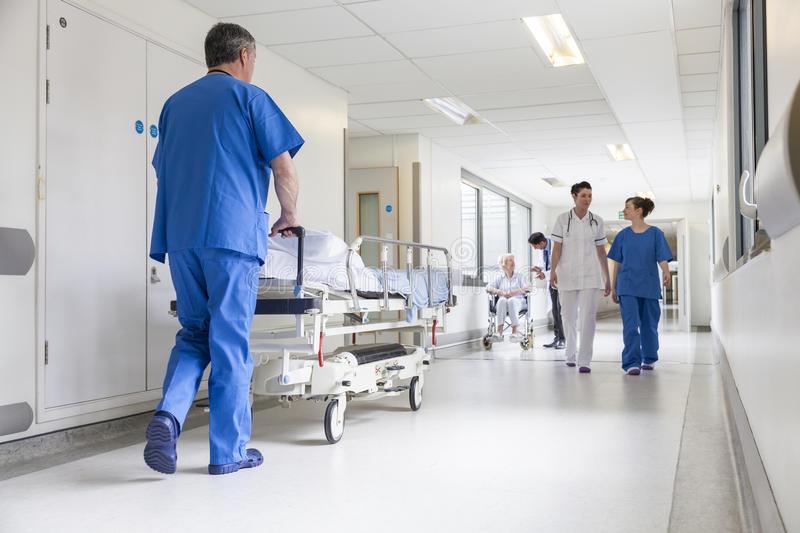 The revenue generated by the hospital is utilized to make interest payments to bondholders once it is functioning. On the other hand, bondholders do not get payments until the hospital has paid its operating expenses, such as payroll, utilities, and hospital equipment maintenance.

In addition, the hospital is not obligated to use other sources to pay bondholders if revenue is insufficient to cover the required payments. As a result, hospital revenue bonds are considered to be among the higher-risk revenue bonds.

Revenue bonds for hospitals can also be utilized to buy new equipment. However, bondholders are generally paid only after the hospital's operating expenses have been paid, which can put bondholders at risk if the hospital is not as profitable as expected. 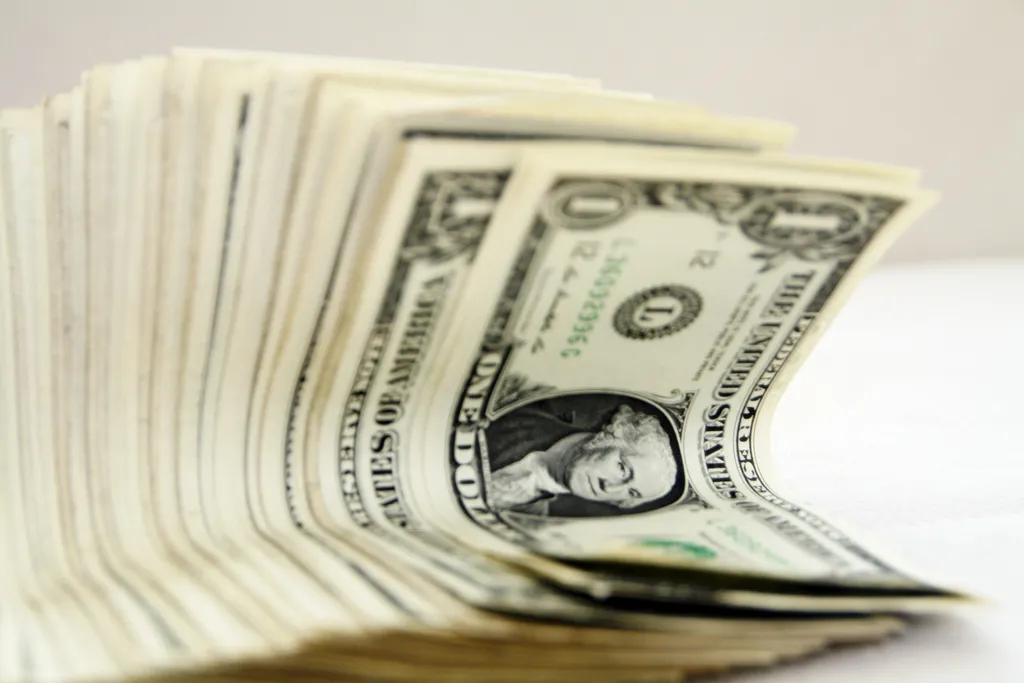 Hospital revenue bonds are considered one of the most dangerous municipal bonds. As their name suggests, revenue bonds are often secured by the revenue that a specific project can generate. Municipalities are not obligated to use other money to repay bondholders if this revenue is insufficient.

Furthermore, hospitals cannot tax residents to cover finance costs or repay debt. As a result of the inability to raise revenue through taxes, hospital revenue bonds usually have higher yields.

The high yield is attributable to having a higher default risk than a general obligation bond.

However, some rating agencies evaluate a revenue bond issue and assign a score indicating the probability that the obligation will be paid on time. Also, hospital revenue bonds that rely on government-funded programs like Medicaid and Medicare carry a higher risk investment. 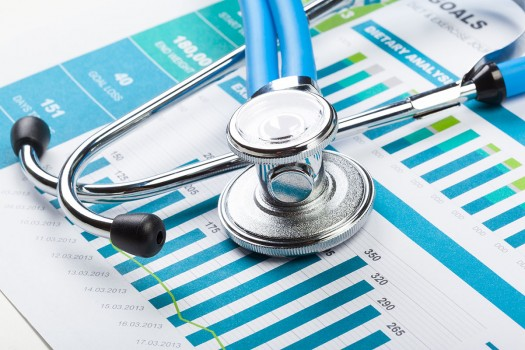 Uncertainty about potential changes in the healthcare market and insurance rules makes the environment for hospitals and the bonds that support them unpredictable.

Nonetheless, when there is a shortage of municipal bonds, investors are more likely to consider hospital bonds, which carry a higher risk.

The income from a hospital revenue bond may be tax-free on a state, local, and federal level. However, the impact of existing tax law, which is subject to change, differs by location.

In addition, an amendment to a tax plan offered by Congress in 2017 initially prohibited hospitals from issuing tax-exempt bonds. Due to this scheme, many hospitals rushed to get financing before the new legislation took effect. 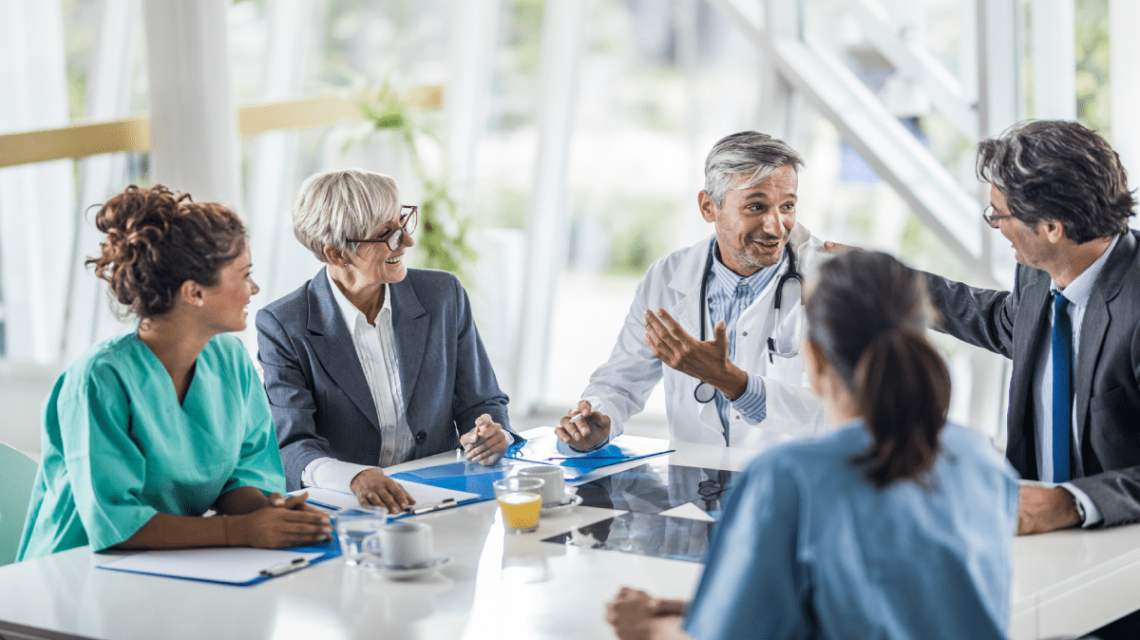 However, interest earned on revenue bonds issued in other states can be subject to taxation. In favor of an alternative minimum and other special taxes, corporate taxpayers may use interest income from tax-exempt hospital revenue bonds in their income computation.

On the other hand, the higher costs would limit or prevent them from expanding, renovating, or building new facilities, harming the local community. Also, the proposed measure was removed from the final tax proposal.

Revenue bonds used to be backed by the money streams generated with a specific project. Municipalities may issue revenue bonds to fund projects such as toll roads, airports or harbors, public housing projects, or public utilities. 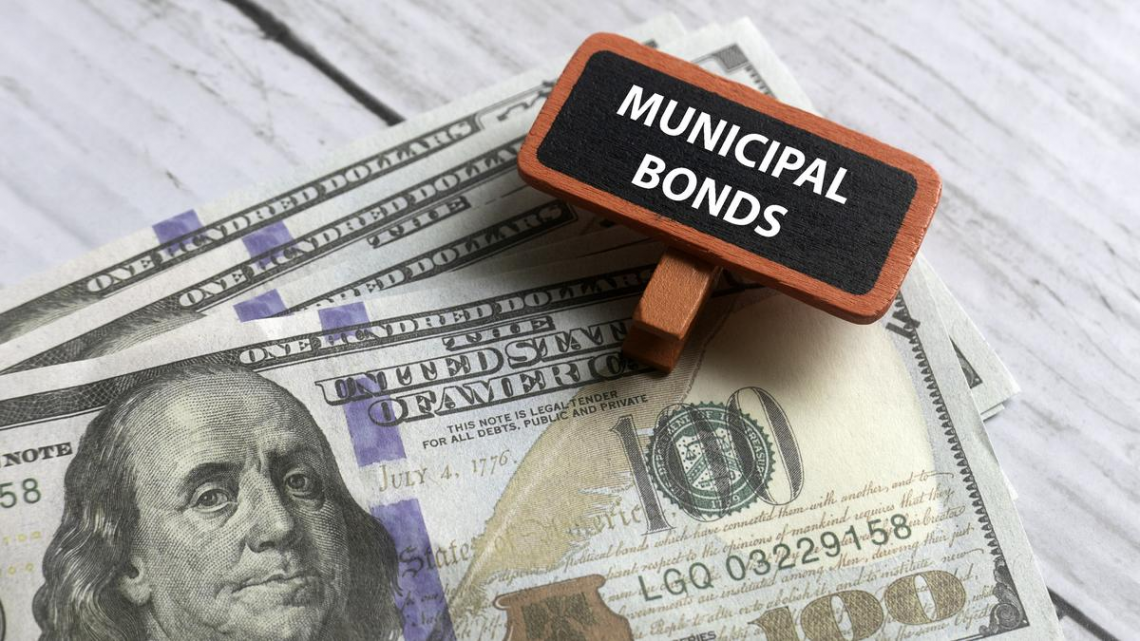 These kinds of bonds can carry a higher risk than GO bonds but can pay a higher interest rate in return. Furthermore, no assets are used as collateral since holders of GO bonds must rely on the issuing municipality's full credit.

For instance, in an airport revenue bond, the municipality issues a bond with funding the construction of a new terminal. The bond is backed by revenue generated through airport activities to repay the debt. 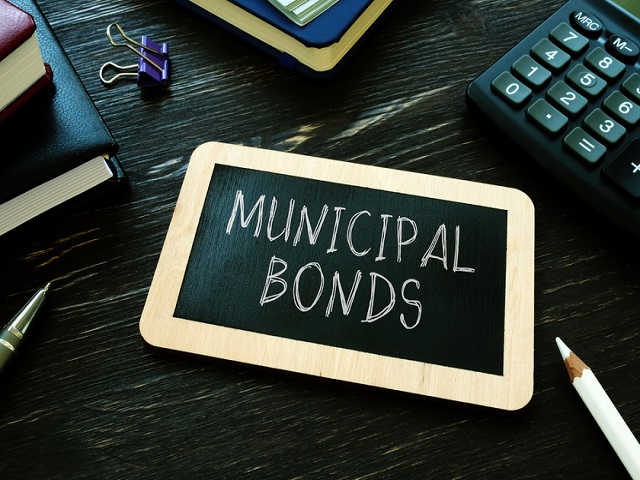 Once completed, airport landing fees, terminal rents, concession revenue, parking charges, and other revenue sources could generate more revenue for the city to pay off the bond.

Sometimes investors can make the common mistake of lumping all revenue bonds into the same category:

In addition, most revenue bonds are backed by a "net" or "gross" revenue commitment from the company. It is also considered that a gross pledge is more powerful based on income before operational or other expenses. 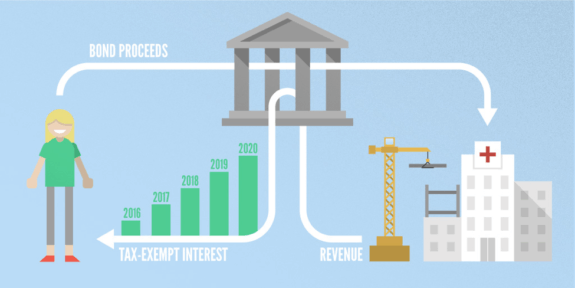 Furthermore, the net promise is enterprises have paid a commission of revenues after operational and other expenses. Below, we take a closer look at the various types of revenue bonds and the many business risks each may face.

Some of such bonds are:

Water and sewer revenue bonds are used to fund the construction and repair of sanitation and water utility infrastructure. Also, debt service revenues come from various charges and fees, the majority of which are based on usage and connections.

Electric power is acquired or generated by public electric utilities and distributed to their customers. In addition, some utility districts are owned or administered by the government and issue equity or taxable debt.

On the other hand, utilities owned and/or maintained by a municipality or state agency may issue tax-exempt debt. Also, water and sewer revenue bonds are considered more conservative municipal bonds because they are related to essential services. 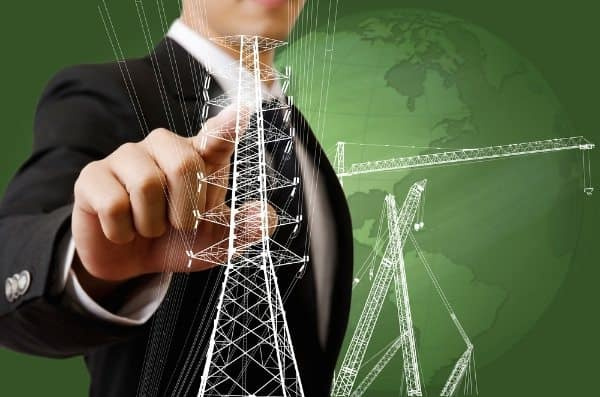 Generally, bonds issued by public power electric companies are more complicated, but they are also considered vital services. Because electric generation is one of the main sources of CO2 emissions, they are faced with more public and regulatory scrutiny. The impact of CO2 emissions on the environment and technical improvements are unique issues that this industry faces.

A special tax revenue bond is a bond that is repaid through the imposition of a tax on a specific activity or asset. For instance, a specific tax on the sale of alcohol or tobacco can help contribute to funding a new cancer research facility. 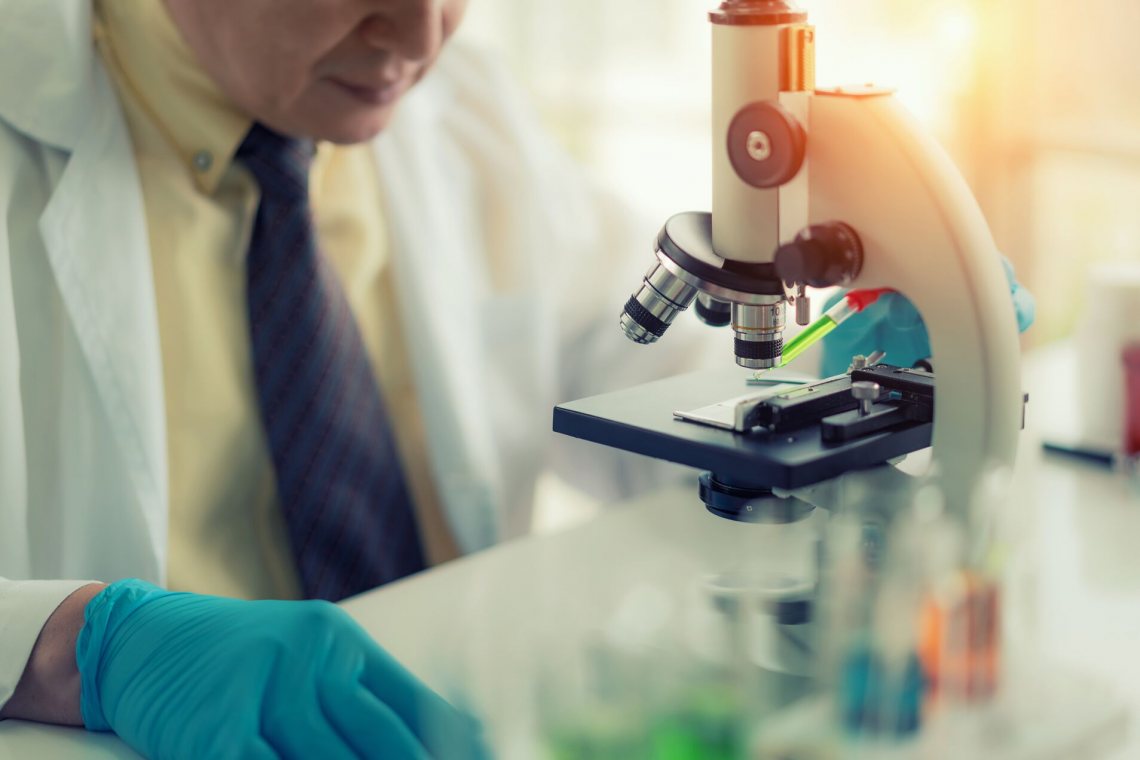 Usually, the credit quality of these bonds is determined by the taxes levied, the social and economic trends that will impact how that activity or asset is used, and the legal protections against money co-mingling with general government funds.

For example, if a specific tax is imposed on the sale of cigarettes, the trend in the use of tobacco products is a relevant concern.

These bonds might be very strong or weak depending on the coverage and legal protections. As a result, investors should pay close attention to the sponsoring company's credit rating because it may affect the credit rating of the special tax revenue bond.

Some of the bonds are:

On the other hand, some transportation revenue bonds are repaid through taxes generated in the area served by the system or through another pledge.

At the most basic level, the credit quality of a transportation revenue bond is determined by the importance of the service provided by its issuer to the population it serves, as well as the credit pledge.

This revenue bond's credit quality can vary widely, with more critical systems having more flexibility to raise rates if necessary. On average, these revenue bonds backed with a broader pledge receive higher credit ratings than those backed just by farebox revenues.

Education revenue bonds are mostly used to fund the construction or improvement of higher-education facilities, such as public and private colleges, and to help with continuing operations. 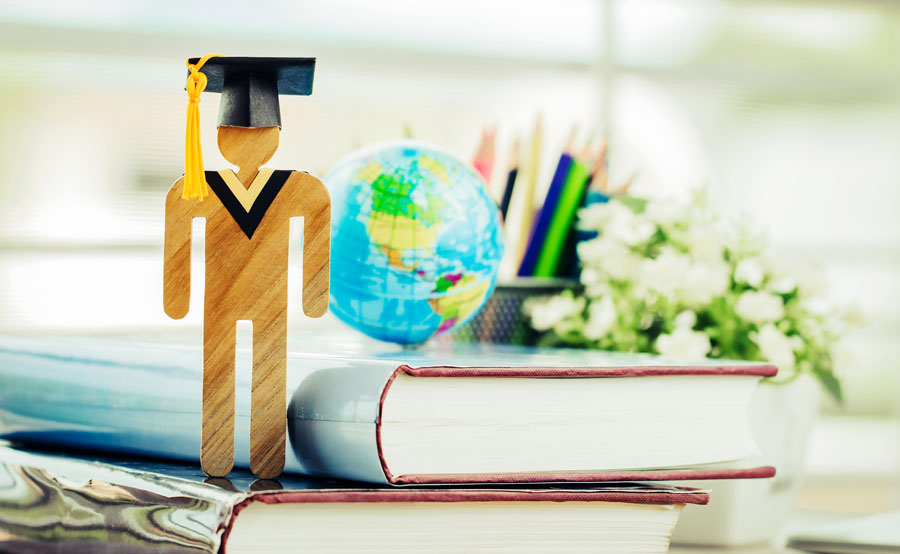 Part of the revenue comes from students' tuition fees or the university itself.

The characteristics of the university system have an important role in defining the issuer's credit quality. Also, the higher education industry can be divided into private and public colleges and universities.

Publics are often huge, benefiting from economies of scale and relying less on student tuition. Furthermore, looking for educational facilities with a good reputation will continue to attract a large student population for more conservative bonds.

Hospital bonds fund the development and expansion of hospitals and other healthcare facilities. They usually generate a large share of their money through reimbursements for services from commercial insurers and commercially insured patients. 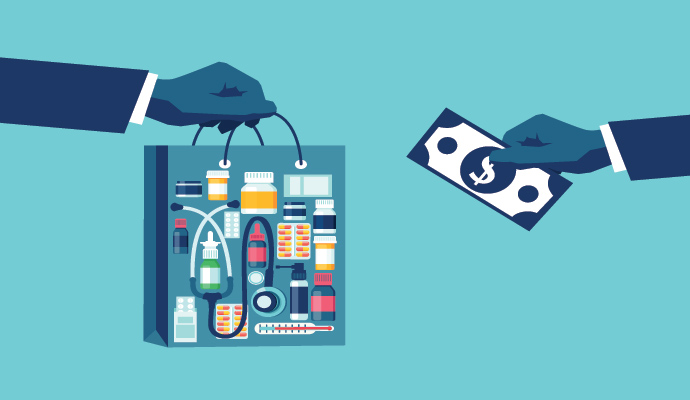 Also, patients are insured through government programs like Medicare and Medicaid or those lacking insurance who use self-pay.

In comparison to other sectors of the municipal market, most hospitals and health care providers have more business risk and, with the exception of larger, more established systems, tend to be lower-rated.

Municipal defaults are historically uncommon, but when they occur, many of them are in hospital and healthcare revenue bonds. In reality, the hospital and retirement sectors account for approximately 30% of all munis defaulted.

Since there are rising healthcare expenses, political difficulties confronting the industry, and COVID-related issues, it is very important to know exactly what you are buying with a hospital or healthcare facility bond.

The lease revenue bonds are a unique muni bond structure in the market. Instead of issuing long-term debt, such as general obligation bonds, the municipality may enter into a lease revenue bond agreement to finance improvements to a public asset. 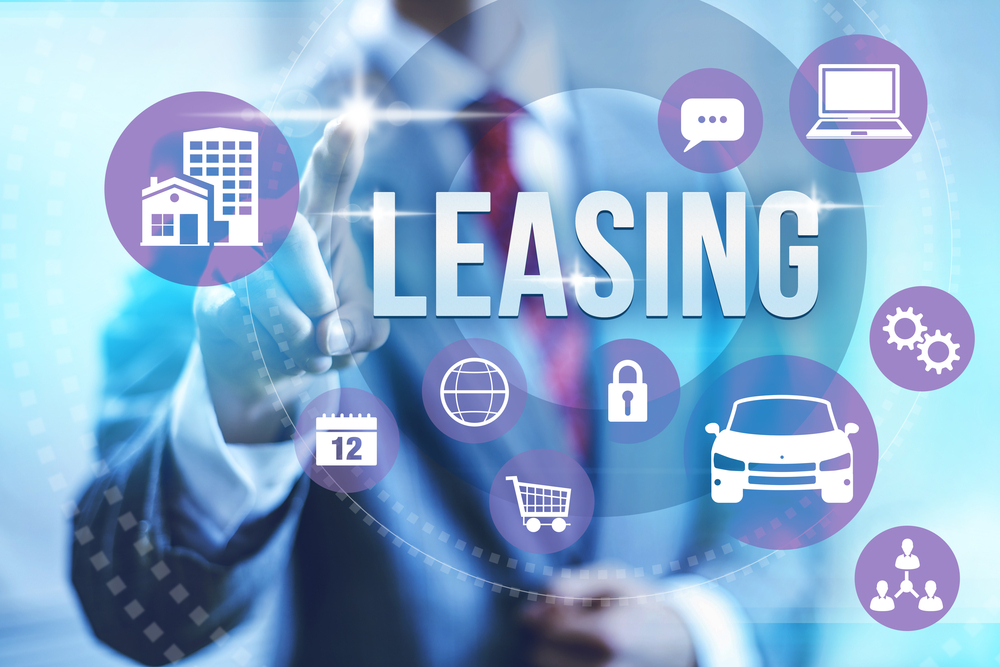 The essentiality of the facility being leased and the legal protections on appropriating cash are highly crucial because of the lease revenue bond's unique structure.

Generally, general obligation and revenue bonds are the two basic municipal bonds. However, they fund important revenue-generating projects such as airports, hospitals, and toll highways. 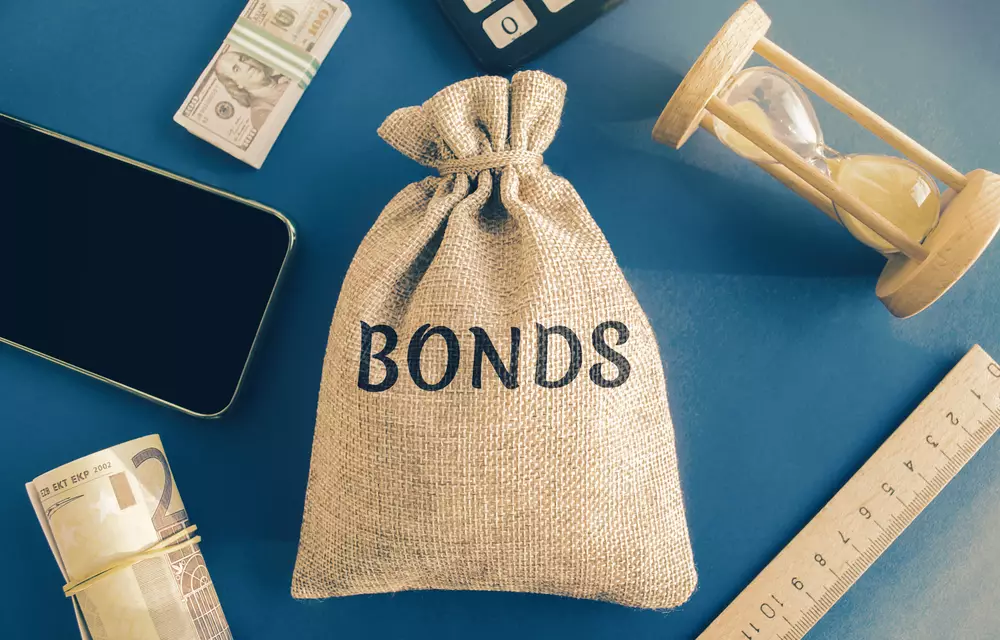 In addition, the main difference between the two kinds of bonds is the revenue source is mainly used to make interest and principal payments to bondholders.

In case the main source of finance is insufficient, then the issuer has the opportunity to use other revenue sources to fill the revenue shortfall. Also, general obligation bonds are safer than revenue bonds due to this.

On the other hand, the bonds connected to a specific project whose income is used to pay interest and principal to investors are known as revenue bonds.

A state agency may sell revenue bonds to investors, with the money raised toward the construction, renovation, or upgrade of a project. The revenues collected are utilized to pay interest and principal on the bond to the investors once the project is completed. 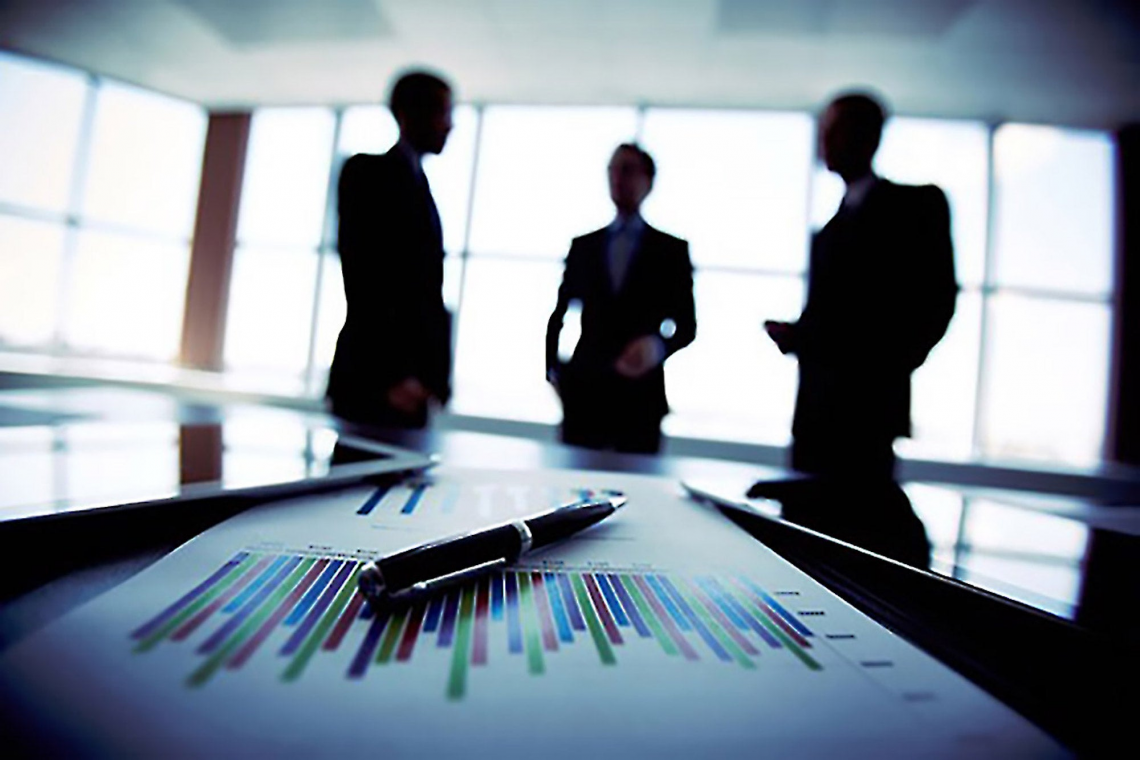 Furthermore, the project does not have an alternative source of revenue to pay investors if the revenue generated is insufficient to satisfy bondholders. It also raises the default risk of revenue bonds because revenue bonds are often riskier than general obligation bonds.

Researched and Authored by Naden