Refers to a bearish candlestick pattern formed up of a long upper shadow, little or no lower shadow, and a small real body near the day's low.

A shooting star formation is a bearish candlestick that occurs in candlestick charting. It has a long upper shadow, little or no lower shadow, and a small real body near the day's low. 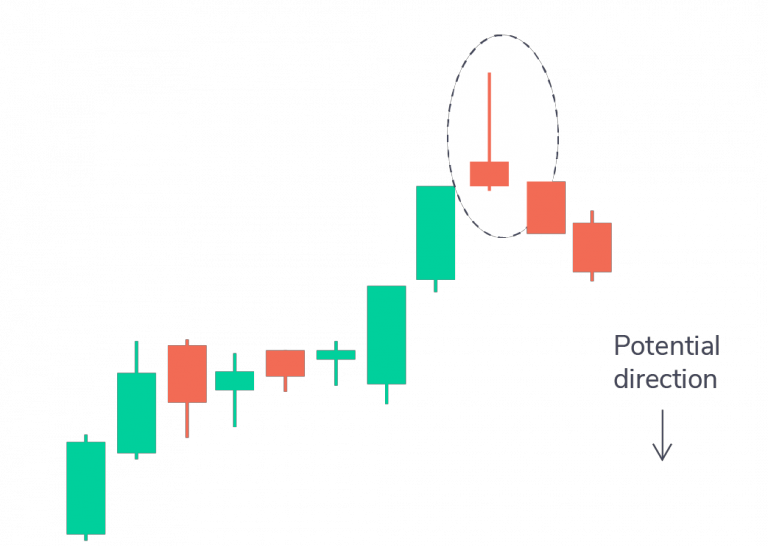 It appears after an uptrend. A candlestick forms when a security opens and advances significantly but closes the day near the opening again.

The candlestick formation must appear during a price advance for a candlestick to be considered a shooting star. Also, the distance between the high of the day and the open price must be more than twice as large as its body.

There should be a little shadow or no shadow below the real body. Therefore, it is interpreted as an impending bearish reversal to the downside.

To be precisely interpreted, the formation is considered valid only when it appears following a recognizable uptrend of some duration and at or near the highest price in the market session.

The pattern is one of many signals of potential market reversals recognized in candlestick charting. Other reversal patterns include the hanging man pattern, engulfing candles, and Doji candlestick formations.

Additionally, there are some characteristics of this formation that, when occurring, signal a possible bearish market reversal.

The first trait is the closing price. A closing price below the opening price indicates that the price moved down for the time frame covered by the candlestick, making for a more robust shooting star pattern. The pattern is also considered stronger if no lower tail or shadow exists.

If the candlestick's closing price is below its opening price, and there is no lower tail extending below its body, that shows that the price closed at the lowest price traded during the candlestick.

It indicates that though the price traded significantly higher during the time frame, the candlestick reflects. Higher prices were firmly rejected as sellers entered the market and buyers exited, driving prices sharply down to end the period and form the shooting star pattern.

The Difference Between the Shooting Star and the Inverted Hammer

An inverted hammer has a short candle with a long upper shadow. It shows that some selling pressure followed strong buying power. Overall, it indicates more buyers than sellers because the price has closed above open.

This is the exact opposite of a normal bullish hammer candle.

Everything You Need To Know About Private Equity

Sign Up To Help You Thrive in the Most Prestigious Jobs on Wall Street...

Its appearance on the technical charts signifies that a security's price has reached a high, and a reversal is around the corner. This pattern is most predictive when it forms after three or more consecutive candles rising with higher highs. 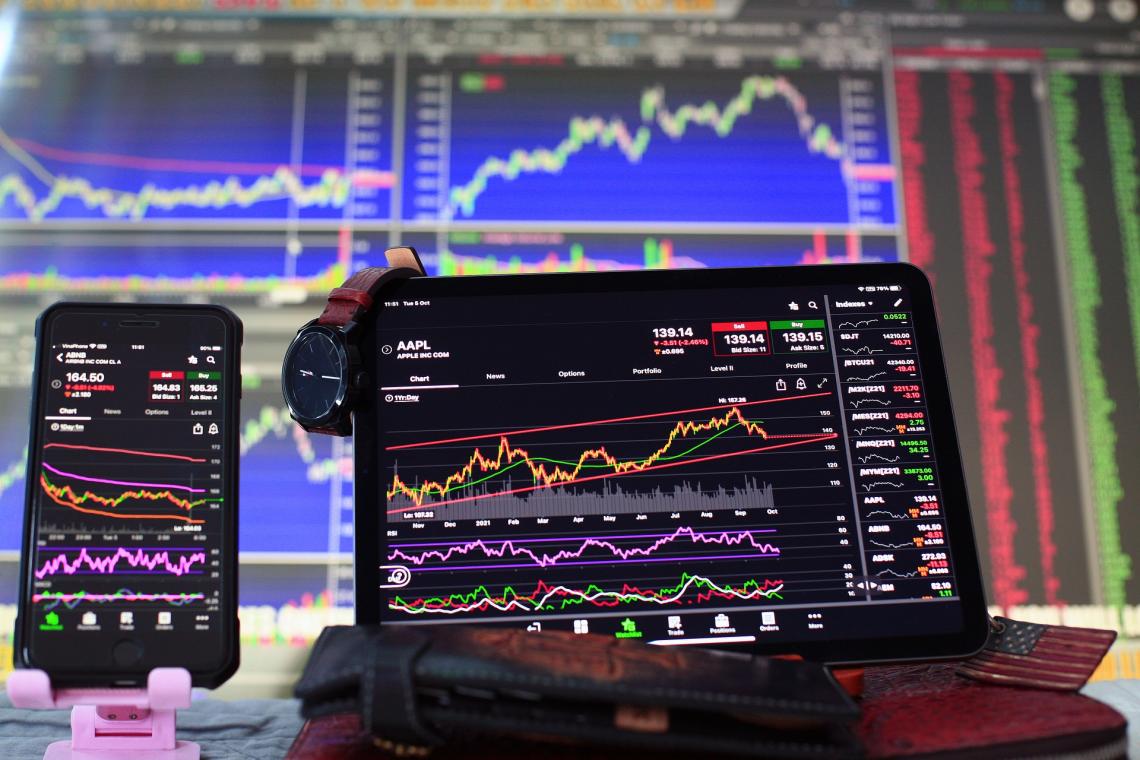 Its occurrence is possible even during a period of overall rising prices with few bearish candles.

Following the advance, the star opens and moves higher during the session. This is an indication of buying pressure. However, as the session proceeds further, sellers step in and cause the price to fall back to its open price, erasing the gains made during the candle.

The long upper shadow depicts the buyers who purchased during the session but are currently in a losing position as the price falls back to the candle's open level.

The ideal formation is formed when the candle after the star gap lowers or opens near the previous close and wanes lower on heavy volumes.

A bearish day following a star appearance confirms the price reversal, indicating that the prices could continue to fall. However, even if the prices rise, the price range may act as a resistance.

This is a 2-minute chart of Hewlett Packard from June 10, 2016. The image illustrates a classic shooting star trading example.

The trading analysis starts with identifying the upward trend in price.

Suddenly, a shooting star candlestick appears, marked with a green circle on the chart. In addition, we can observe a small candle body and a big upper wick, confirming the pattern.

The next candle after is bearish, confirming the pattern.

After the pattern confirmation, we sell the security by placing a stop loss order above the upper wick of the star candle to secure our short trade.

This way, we will be protected if the price creates an unexpected bullish move caused by high volatility.

Our maximum loss will equal the distance between the level we short Hewlett-Packard (HPQ) and the stop loss order level.

Starting from the lower candle wick, we apply the size of the pattern three times. This is how we got the big blue arrow, pointing out the minimum target of our trading strategy.

To maximize profits, we need to stay in the trade until the price action closes a candle beyond the minimum target.

The price created one correction during the bearish move on the way down. After that, the downward activity resumes, and after 18 periods, we short HPQ. The price action closes a candlestick below the minimum target of the star pattern.

The candle is relatively big and goes way beyond the minimum target-a perfect opportunity to exit.

As we can observe, the star candle pattern indicates that the trend might reverse. This creates an excellent setup to short Hewlett Packard right at the beginning of an emerging bearish trend.

Despite the minor correction on the way down, it reaches the target of three times the size of the candlestick.

When do we use this candlestick?

This candlestick pattern is a beneficial technical analysis tool for noticing a bearish divergence in the market. This pattern is an indicator that may be helpful for traders who went long on the market looking for an exit, or for an entry point to go short.

How can we identify a shooting star candlestick?

We can recognize this candlestick pattern on the chart by looking at the upper shadow of the two candlesticks you are analyzing and how near the open, low, and closing prices are for the chosen period.

If the upper shadow is large and the open, close, and low prices are almost the same, we can see the formation often interpreted by traders as a sign of a bearish move.

What is a shooting star in forex?

In forex, the pattern is similar, just like in any other chart. Let us choose a forex currency pair; the candlestick for our forex pair would open, close, and find a low at similar price points.

In this case, the closer the price points, the larger the upper shadow,  the tighter the pattern, and the more likely the currency pair you are speculating about will fall.

What does an inverted shooting star show?

This is a bullish analysis tool used to notice market divergence from a previously bearish trend to a bullish rally. This pattern is more commonly known as an inverted hammer candlestick.

It can be recognized from its appearance, i.e., a long lower shadow and tight open, close, and low prices. The difference is that the inverted hammer candlestick will have a bear run before the candle we are looking at.

Is there a Bullish Shooting Star Pattern?

The bullish version of this formation is the inverted hammer formation that occurs at the bottoms. Another similar candlestick pattern is the gravestone Doji.