It happens when an individual with zero knowledge of the trade is trading public company stock.

Trading a specific publicly listed company's stock by an investor with non-public, material information, often referred to as inside information, is known as insider trading. 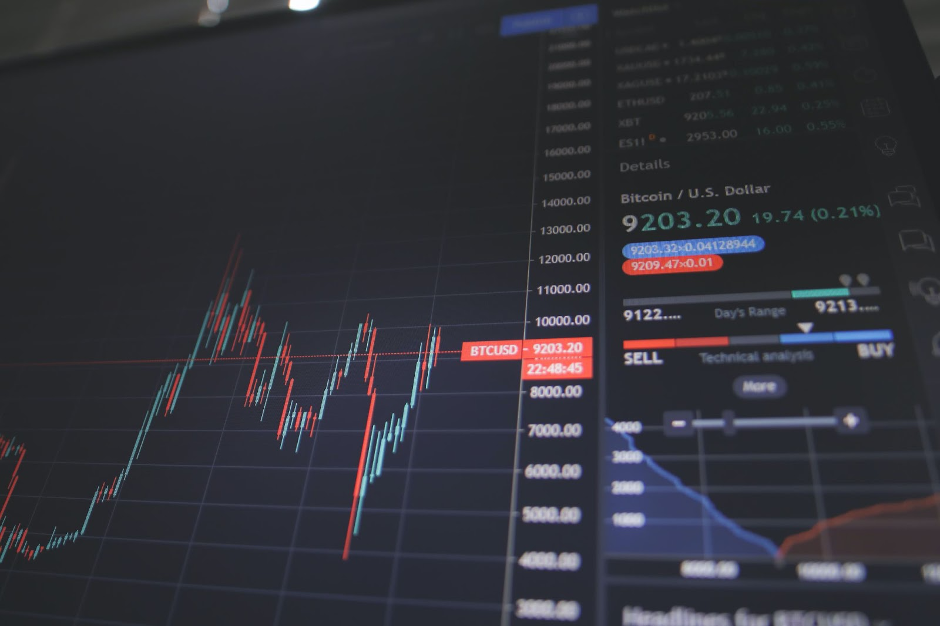 Material information, in this case, refers to any valuable undisclosed details that can significantly affect the buying and selling pattern of the particular security.

In simple terms, insider trading happens when an individual with zero knowledge of the trade is trading public company stock. Depending on the time frame of the work or when the transaction occurred, this can be considered legal or illegal.

An example of this illegal activity is when an employee at Goldman Sachs Sales and Trading division has information on a stock going up 25% tomorrow at 9:30 AM when the market opens.

If that employee disclosed that information to somebody that doesn't know this information and makes an insane profit on this trade, that is considered illegal. They can receive a maximum sentence of 20 years in federal prison.

However, if the Securities and Exchange (SEC) approves, insider trading can be considered legal in such a situation.

U.S Securities and Exchange Commission states that any information that can impact the loss and or gain of an investor's securities can be seen as illegal or unethical.

According to the SEC, any non-public information served to the public is considered illegal. Nonetheless, this is a fair statement to make. Individuals can easily make millions of dollars with no effort involved. 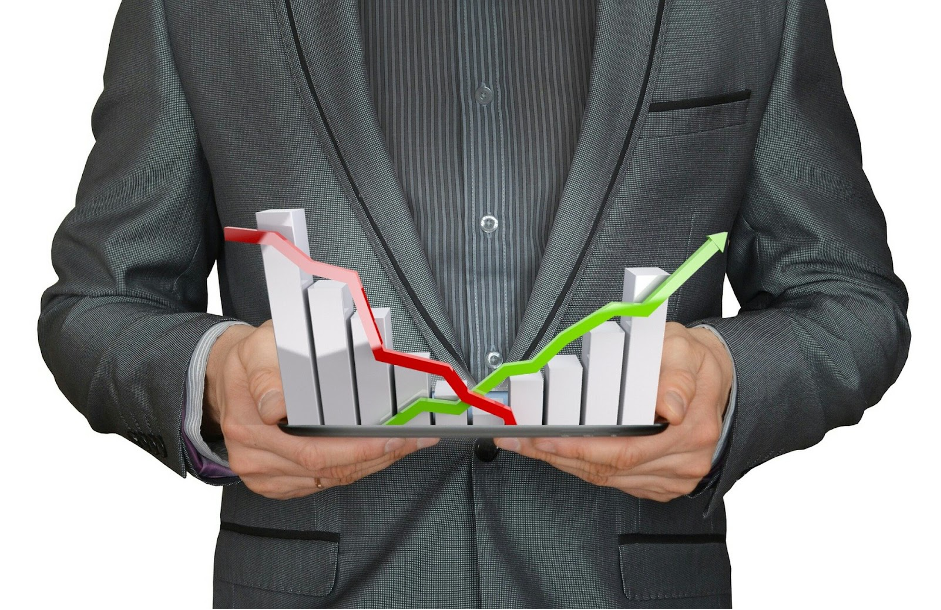 For example, suppose anyone learns sensitive or non-public information. In that case, that individual, who now has that insider information on a specific stock, can quickly generate a cheeky profit unethically.

The informant working at "X" company is hinting in public, which can get you in serious legal trouble. This means providing stock information to incur capital gains for personal benefit.

How could this be done with all the legal processes when the shareholders buy or sell shares or stocks of a company and legally disclose that information to the public?

Material information is a form of information that can significantly affect an investor's investment decision (buy or sell securities). Moreover, non-public information is the one that has not been legally broadcasted to the general public. 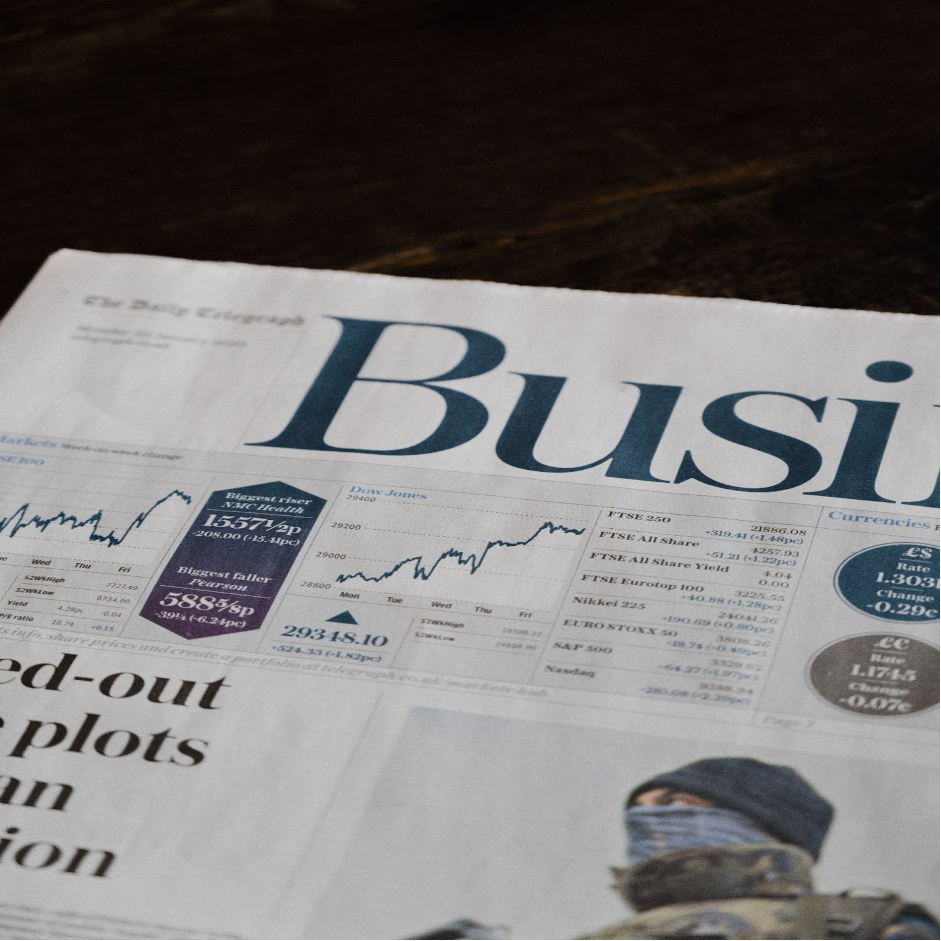 In simple terms, material information relates to a firm's business affairs. Accordingly, such information would lead to a significant increase or decrease in the market price of the company's security being traded on the stock exchange.

The United States Securities and Exchange Commission considers such trading as the activity of purchase/sale of a security, breach of fiduciary duties, or a break of a confidential relationship upon the usage of non-public material information about the company's affairs.

Several hotly debated its legality due to the exchange commission's attempt to keep the marketplace fair and equal for all current and potential investors.

An investor with access to confidential, non-public information is perceived to have an unfair advantage of making extra gains or avoiding unnecessary losses as such information is bound to affect the valuation of the shares of the company significantly. 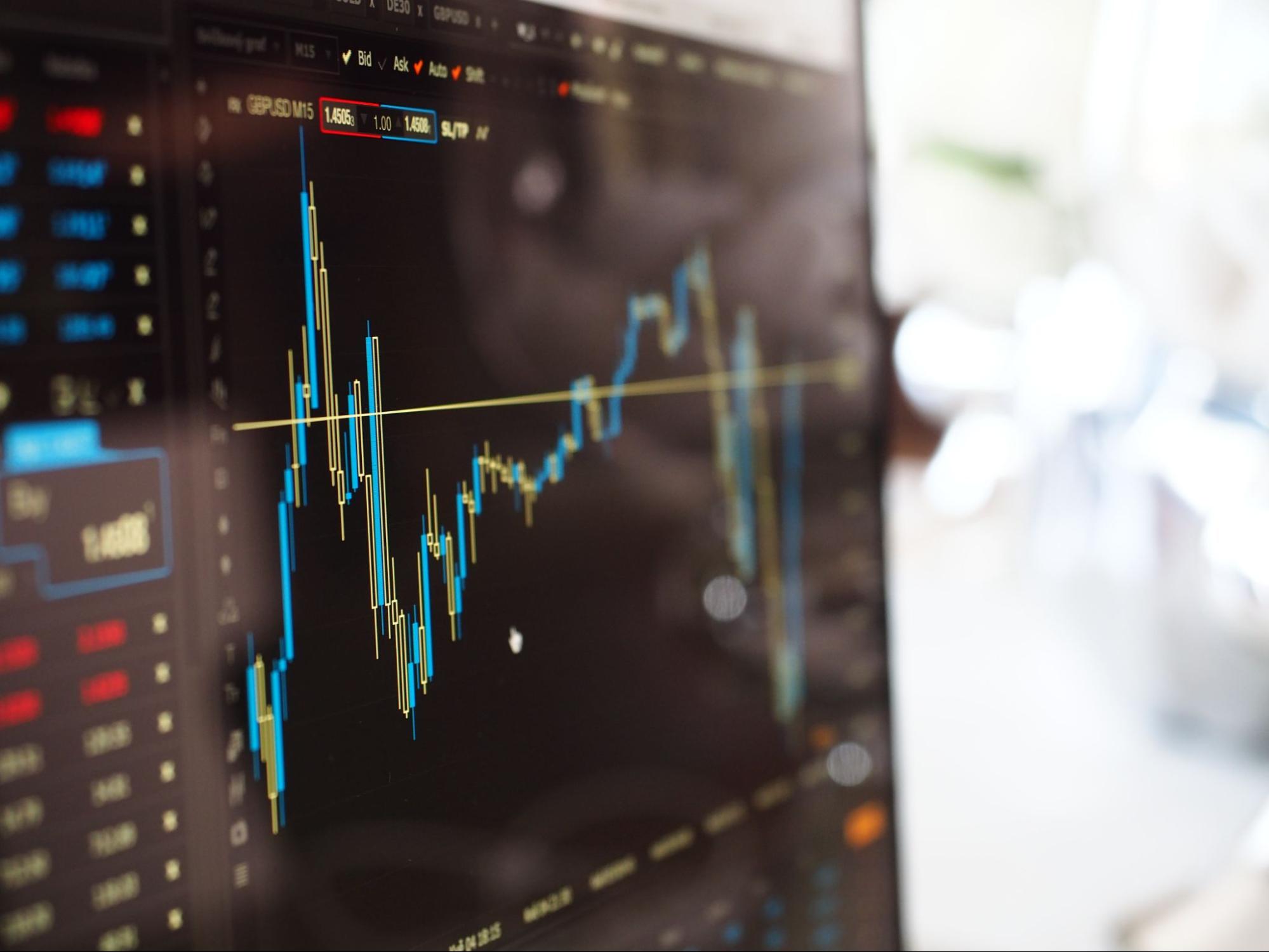 Moreover, such investors hold an unfair advantage over those who do not possess this information, as regular investors will only be able to realize the gains or face excessive losses when the information becomes public.

When an investor with certain material information starts to exchange it with other fellow investors, this might be regarded as illegal insider trading.

However, if a company's executive starts to trade his shares on the market after the information has been disclosed to the public, it is considered legal trading. SEC has documented specific rules and regulations to protect investors from the adverse effects of this activity.

As stated, this activity is deemed illegal when an employee or executive of "X" company has inside information on a stock that can provide personal gains or profits to the public.

Also known as non-public information on a stock, it is provided to the citizens without the information becoming public. 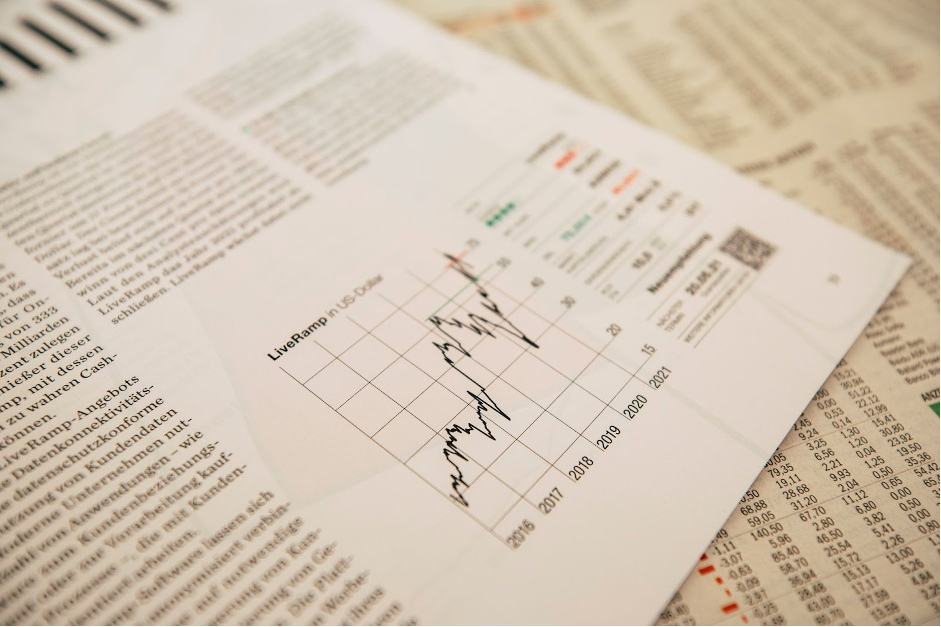 Even though non-public information can make a person/company a quick profit, implementing the act of illegal insider trading is also known as providing any information that can substantially raise or drop the value of the said stock.

Martha Stewart, back in 2001, was a prime example of this. She sold up to 4,000 shares of biopharmaceutical shares of a company. The person who facilitated this was a broker at Merrill Lynch.

On the other hand, there is such a thing as legal insider trading, it's about how you implement the action, and it happens more than you think.

Every detail must comply with the SEC, meaning the organization must level fair playing fields to the market.

Anything associated with buying and selling stock or trade or informing anyone on that stock or marketing is deemed legal as long as it is reported to the SEC in a timely fashion. 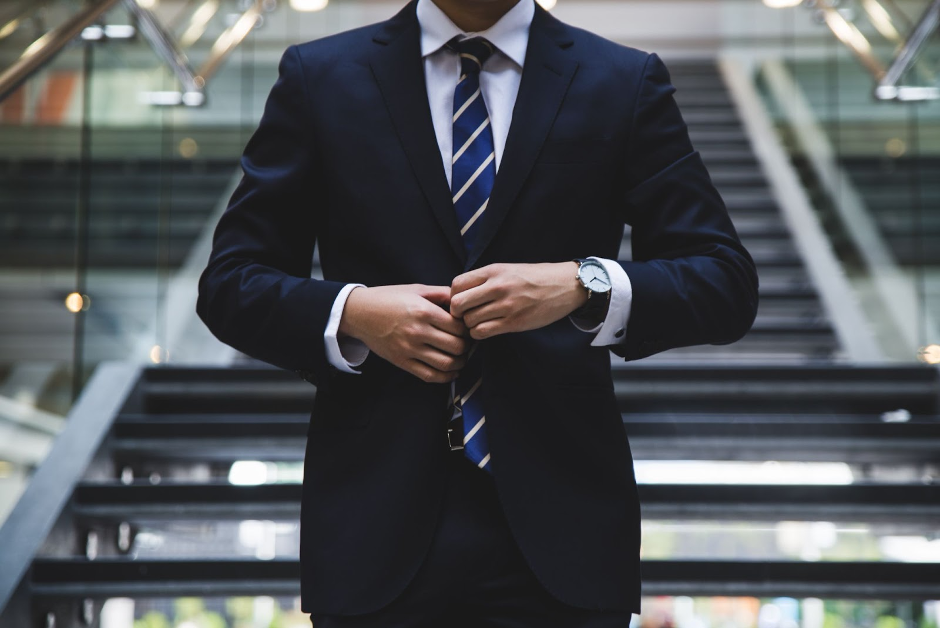 Established in 1934, The Securities Exchange Act was created, and it was a significant step for Wall Street and anything Finance related.

Prime examples would be that a firm's executives, directors, CEOs, and critical officers must disclose their buying/selling information to the public and the SEC for that trade/stock to be legal.

Has Insider Trading a Negative Connotation?

The term has always been associated negatively. People and companies cannot stand the fact of anyone making positive gains on anything or anywhere.

People assume that this action is deemed unfair to the average investor, which ironically is

why is the average investor labeled average? 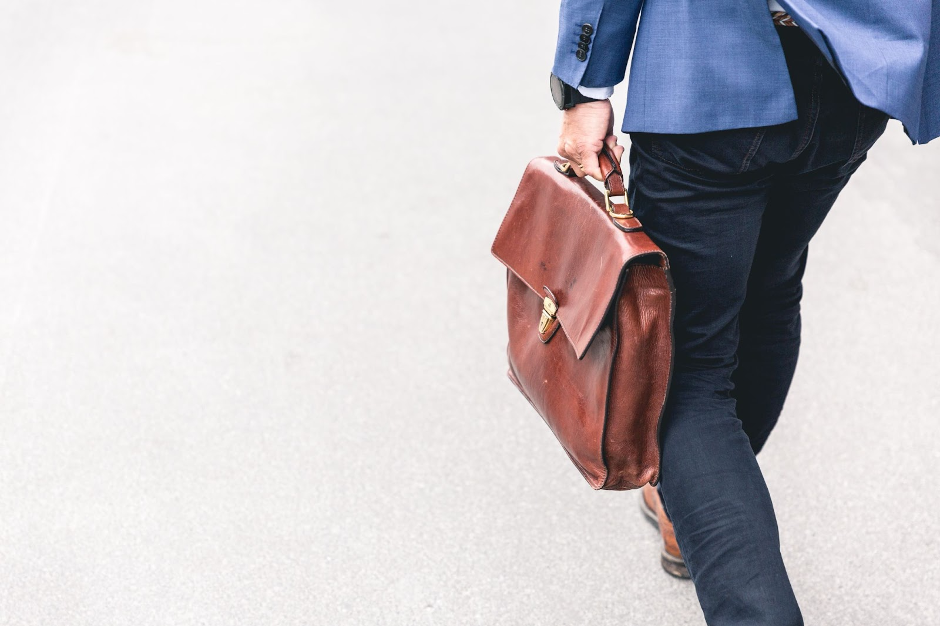 The savvy investor knows the tips, tricks, and loopholes to gain positive capital and acquire positive returns on his/her investment ethically and morally.

The term is known vastly, and it is something every individual or company should partake in if done correctly, ethically, and in compliance with SEC standards and regulations.

Moreover, rigged markets have adverse impacts on the economy as a whole. Based on the concept of liquidity, the financial markets are severely impacted by the presence of a plot in the market.

The activity tends to impact the market's liquidity and raise transaction costs, thereby moving the returns generated for the investor. In addition, since the transactions in the market are supposed to be conducted at lower prices, the activity affects investor participation.

Furthermore, this activity also tends to make it more expensive for corporations and other public firms to issue shares and bonds in the financial markets. Since investors now demand higher returns, the costs associated with issuing securities also increase.

Although this activity is generally regarded as an illegal business practice, some analysts tend to argue in favor of the presence of a conspiracy. Arguments favoring insider dealings are listed as follows:

The first argument analysts pose in favor of such trading is that it helps disclose all material information to the investors, not just publicly available information. 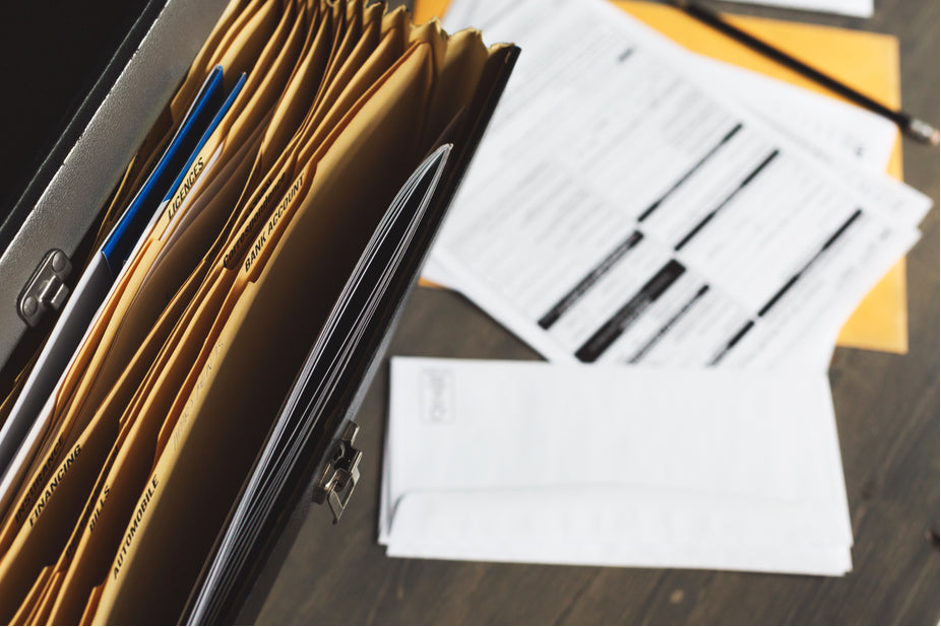 As a result, all investors in the market will have equal access to the information, thereby leading to fair trade practices in the market, as potential investors would now trade at better and more reasonable prices.

Analysts argue that rigged markets delay an event bound to happen at a future date in a given market. For example, prices tend to fluctuate after disclosing material information.

Consider an investor who has insider information but does not buy the stock. Then, several other investors would trade the security between the current time and the future when the information will become public.

There are several reasons why analysts have argued against the presence of conspiracy in the financial markets. These arguments are listed as follows:

Since insider trading is an illegal trading practice, only a few players in the market have access to undisclosed information. This leads to a lack of equality in the market as all investors do not have equal access. 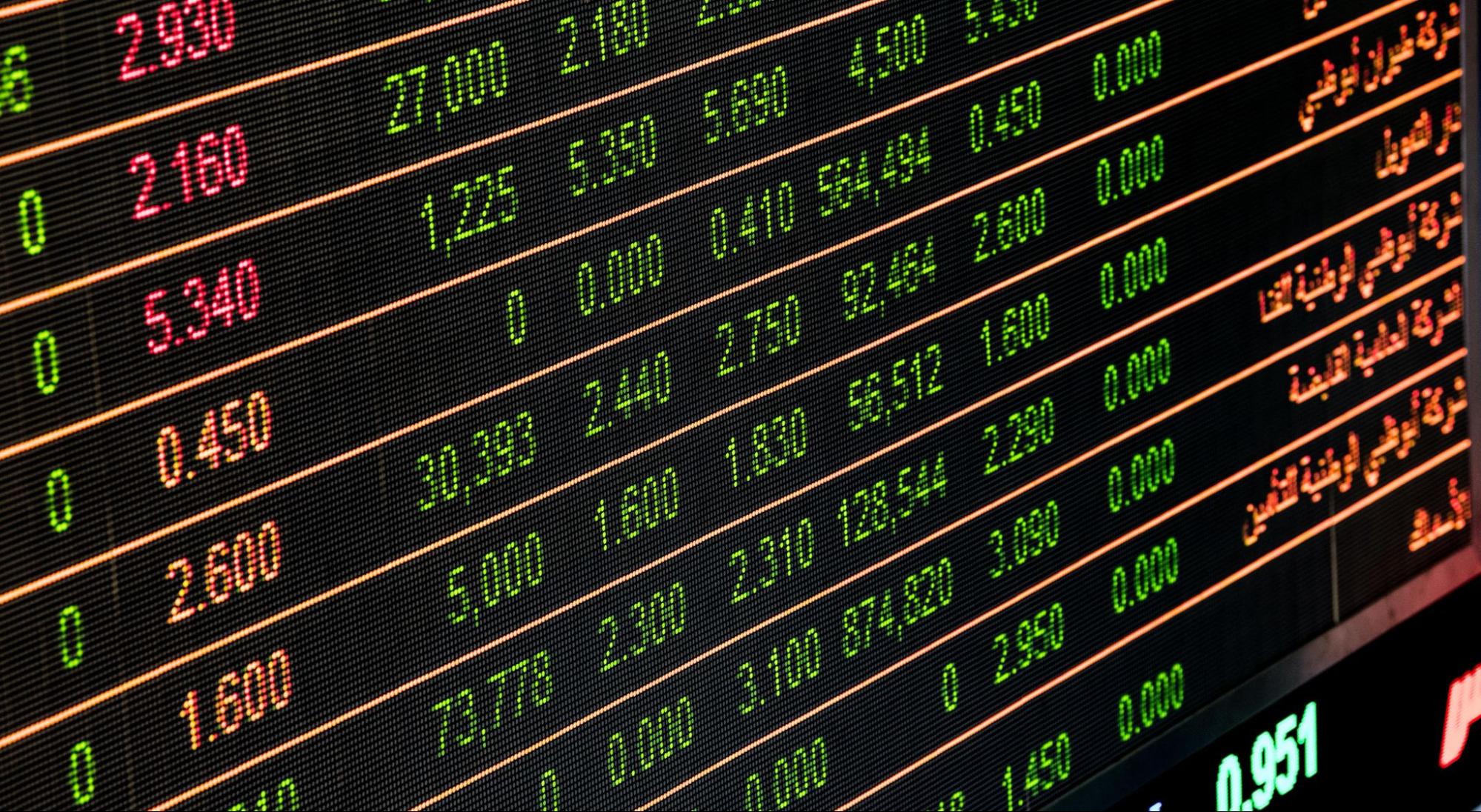 Insider traders with valuable confidential information can avoid unforeseen losses and make abnormal profits on investments. Therefore, this completely removes the inherent risk borne by investors without access to that information.

Investors without the information lose out on the opportunity to realize the actual value of their securities.

If the valuable information were made available to the general public, all investors would have equal access to the report, thereby leading to fair trade practices and accurately priced securities in the market.

For example, insider information about a vaccine development by a pharmaceutical company can lead to abnormal profits for investors with detailed information.

However, if that information is available to all investors, every player in the market will have equal opportunities to make profits by using buying call options.

Some famous real-life examples of insider dealings are as follows:

Martha Stewart, a famous television star, was charged with cases against insider trading of her investment in shares of ImClone, a pharmaceutical company. 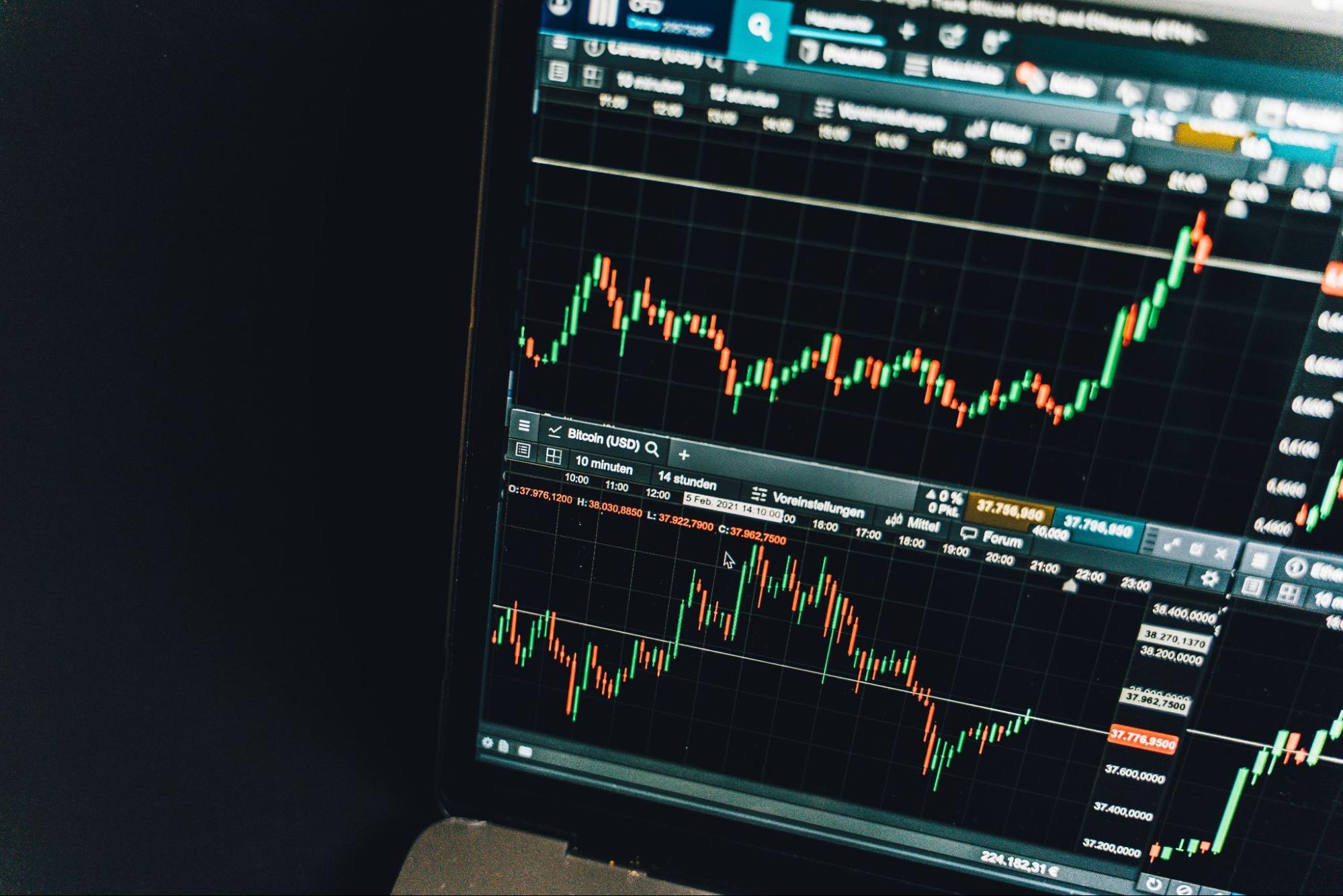 The company's share price plummeted when the FDA rejected the firm's new cancer treatment drug. Upon receiving the information of the rejection of the drug in advance, Martha sold her holdings.

At the time of the sale, the shares were traded at $50. Slowly over a few months, the share prices dropped to $10. As a result, Samuel Waskal, CEO of the company, was forced to resign, charged with seven years in prison, and fined $4.3 million.

Mark Cuban, a renowned entrepreneur and the owner of the Dallas Mavericks, was charged with a case for illegal trading in the shares of the firm named mama.com.

According to sources, it was believed that Mark had preliminary information from the company's CEO about a drop in the stock prices.

He then sold his investments before the information went public and saved $750,000. As a result, this created a conflict between the two parties, and Cuban was therefore charged in 2004.

One of India's most prominent firms is Reliance Industries, owned by Mukesh Ambani. 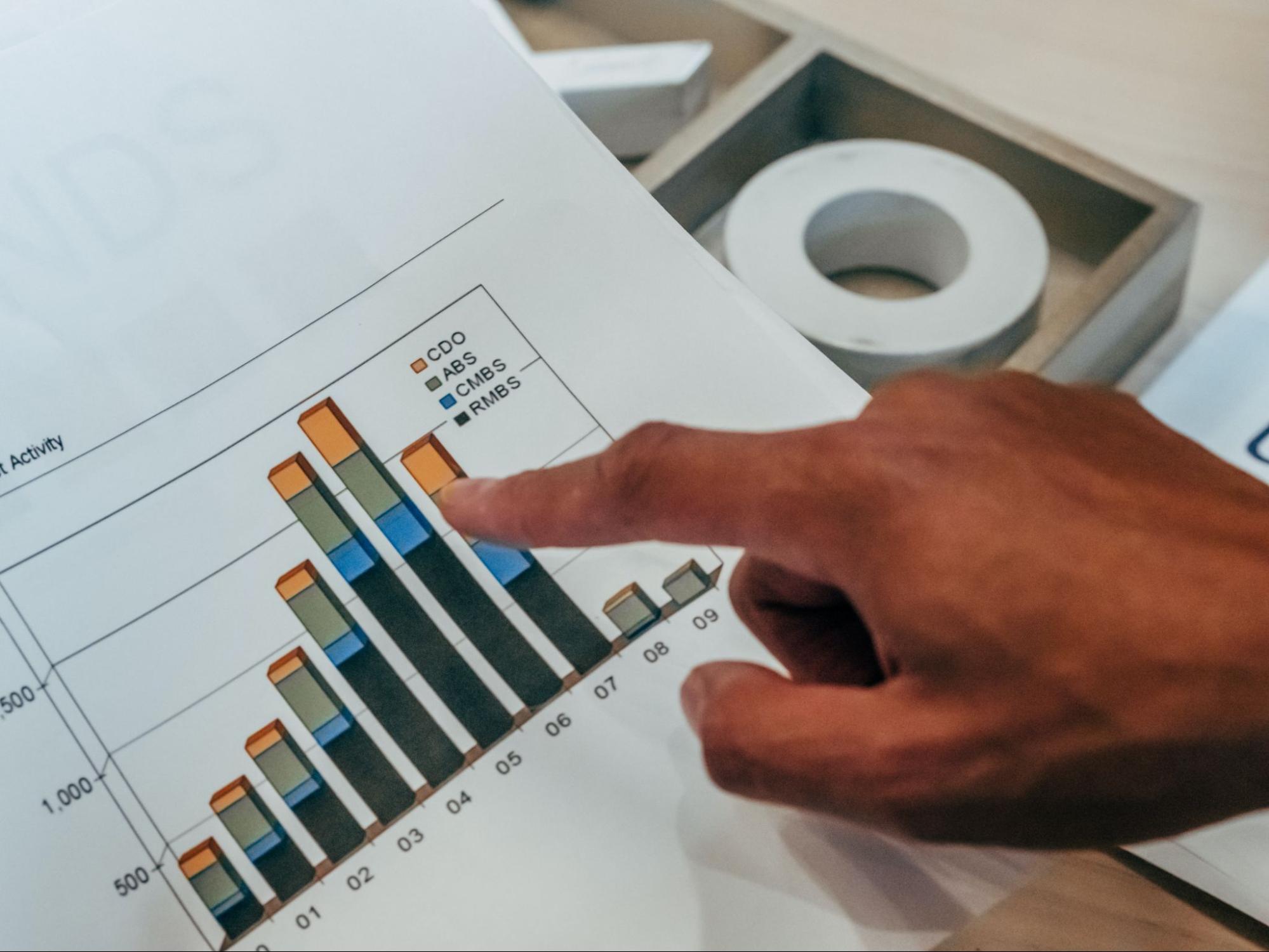 However, due to the company's efforts to make abnormal profits by avoiding regulations of the trading limits and lowering stock prices in cash markets, the firm was banned from the derivatives market for a year and was charged a hefty fine.

Phil Mickelson, a professional golfer, was convicted and charged with insider trading. Reports suggest that Phil made an abnormal gain by using insider information to invest in Dean's food company.

However, due to the lack of sufficient evidence., He was fined by the Securities Commission and was charged a certain percentage of his trading interests and profits.

Raj Rajaratnam, a Sri Lankan-American hedge fund manager and the founder of Galleon Group, reportedly made a profit of $60 million by indulging in insider trading. 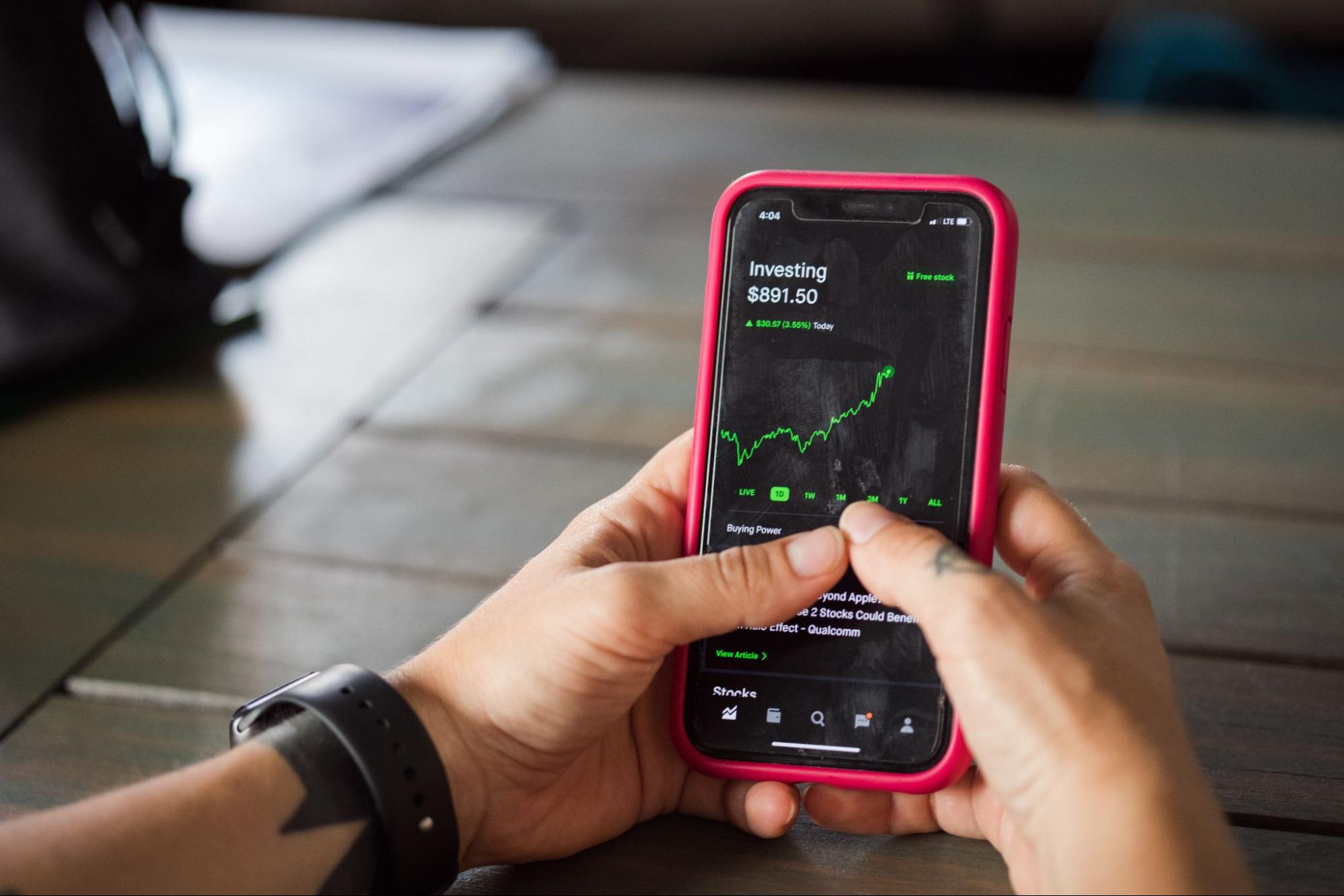 It is believed that Raj made a profit by exchanging valuable, material, undisclosed information with other traders, hedge fund managers, and high-position employees of IBM, McKinsey and Co, and Intel Corp.