Attached at the bottom of this post is the FREE investment banking cover letter template that is sometimes used for WSO cover letter review clients.

We have decided to make it free to help those of you that can't afford a more tailored service.

This cover letter template uses bullets to keep the points succinct and format easy to read.

Here's what you need to know about the IB cover letters from our community.

CompBanker:
The cover letter holds almost no weight, other than to put you at risk for being dinged. Make it very simple, very bland, and just say all the usual things. If you have mistakes in it or make outrageous claims, your cover letter will be circulated and laughed at.

Why Do Cover Letters Matter?

Like @CompBanker said, you won't get the interview with your cover letter.

Your goal for the cover letter isn't to single-handedly land you an interview with your eloquence and grandiose; it's to check the box and make sure it's proper enough that it doesn't get you dinged.

Less Is More for Cover Letters

Our users shared great input on why 'less is more' when it comes to cover letters.

bkm125:
What you really want people to be looking at is the resume. The longer your cover letter is the larger the chance that you'll have a typo or say something stupid. Just tell them what job you're applying for, who you've been in touch with at the firm, and maybe a few sentences about your qualifications and lock up the deal with a solid resume.

Mention who you've talked to at the firm, your interest in the job, your qualifications, and briefly (very briefly) explain any gaps in your resume.

Avoid excuses, more on this later.

Two or three paragraphs is all you need for that. Any more than that, and you're giving them potential reasons to ding you.

Here's some great advice from @blackice".

blackice:
The best thing you can do is name drop people you have talked to. That way I know you have done your homework, and I can ask the person you talked to how your chat was. I think cover letters are better when they are focused on your past work experience as opposed to general and arbitrary sentiments about how you are a "hard worker and team player with a strict attention to detail".

If you've talked to someone at the firm and they'd remember you, DO namedrop them in your cover letter.

Here are some of the usual mistakes candidates make in their cover letter as mentioned by our member @qonnect.me.

This is an example of an excuse in a cover letter:

"I realize I have more professional experience in technology than in finance. I believe that was just due to bad luck due to graduating from my MBA program at the height of the 'Great Recession'. However, I am 100% committed and motivated to prove myself in a finance position."

Bad luck? No, it's the shitty and difficult-to-read resume, cover letter, and 'research reports' that are the issue.

What goes on in the recruiters head: I'm almost certain you would be a terrible employee just by the quality of the work you sent me in a cold email. You graduated from college 10 years ago, by the way. I remember at least a few of those as being pretty good years. If you were halfway decent, you could have squeaked in the industry in more than a few of those years.

Please do not pin all of your circumstance on luck, especially in a cover letter.

Even if the reader is a big believer in luck, you're telling him you're unlucky.

Who wants to hire someone who's unlucky? It seems the bad luck streak started in utero, if you ask us.

Even worse than just plain ignorance, is the below quote from an attached research report that a candidate had written. Since he thought it was worth including, I assume the report was something he was proud of, but it was cringe-worthy.

"I am placing a STRONG BUY recommendation on [company]. ("ticker") and believe that [the company], at the current price of $10.00, trades at a 123% discount to my estimated fair market value of $22.30" (Both made up numbers to scale to the actual numbers listed in the 'report') 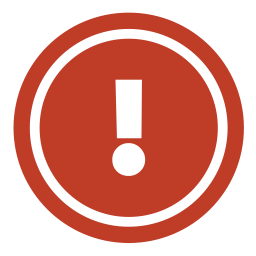 123% discount? C'mon man. Don't you think about the stuff you write before you blast it out to hundreds of potential employers? Anyone that reads it will certainly never hire you.

The report should have never been attached.

It made a weak applicant look even worse. He's clearly never done anything but 'book learn' on these subjects. It's painfully obvious by reading the report. He uses four valuation methodologies on the stock with the sole intention of showing that he knows more than one valuation method.

If you're thinking of including a research report on a company when you're cold emailing people, it's a high-risk strategy. Your research probably sucks unless you've been doing it professionally. If there is any doubt at all about including a 'research report', do not do it.

Side note: The research report had a lot of opinions and not a lot of facts, and it lacked connections between really basic facts about the current state of the business to the 'projections'.

If you don't think you have a chance to get the job, you can toss a Hail Mary with your cover letter.

Here's a cover letter an audacious undergrad used in an effort to stand out and grab the attention of its reader.

A big swing that's either a hit or miss. We don't recommend using this cover letter unless you lack the slightest chance of getting the interview in the first place.

My name is (BLOCKED), and I am an undergraduate finance student at (BLOCKED). I met you the summer before last at Smith & Wollensky's in New York when I was touring the east coast with my uncle, (BLOCKED). I just wanted to thank you for taking the time to talk with me that night.

I am writing to inquire about a possible summer internship in your office. I am aware it is highly unusual for undergraduates from average universities like (BLOCKED) to intern at (BLOCKED), but nevertheless, I was hoping you might make an exception. I am extremely interested in investment banking and would love nothing more than to learn under your tutelage. I have no qualms about fetching coffee, shining shoes, or picking up laundry, and will work for next to nothing. In all honesty, I just want to be around professionals in the industry and gain as much knowledge as I can.

I won't waste your time inflating my credentials, throwing around exaggerated job titles, or feeding you a line of crap (sic) about how my past experiences and skill set align perfectly for an investment banking internship. The truth is I have no unbelievably special skills or genius eccentricities, but I do have a near perfect GPA and will work hard for you. I've interned for Merrill Lynch in the Wealth Management Division and taken an investment banking class at (BLOCKED), for whatever that is worth.

I am currently awaiting admission results for (BLOCKED) Masters of Science in Accountancy program, which I would begin this fall if admitted. I am also planning on attending law school after my master's program, which we spoke about in New York. I apologize for the blunt nature of my letter, but I hope you seriously consider taking me under your wing this summer. I have attached my resume for your review. Feel free to call me at (BLOCKED) or email at (BLOCKED). Thank you for your time.

If you want to break into investment banking, you need to be well-prepared for the technical aspects of the interview. We advise you to check out our Free Investment Banking Interview Guide first, before investing in our paid course, so that you have an idea of what to expect.

Two common mistakes that candidates make while recruiting for IB:

We hope this template helps you land that dream IB job! Please check out the following additional resources to help you advance your career: