What is people's opinion on the future of Crypto/NFT's and the metaverse?

Jamie Dimon is in the metaverse. We got pixels of monkeys and apes selling for 6 to 7 figures. What is actually up and what do you guys think about all this stuff?

Lastly, what do you think about this frog NFT? It's part of swampverse. All this stuff looks crazy to me, but I also feel optimistic and think we are actually trending into a groundbreaking future. 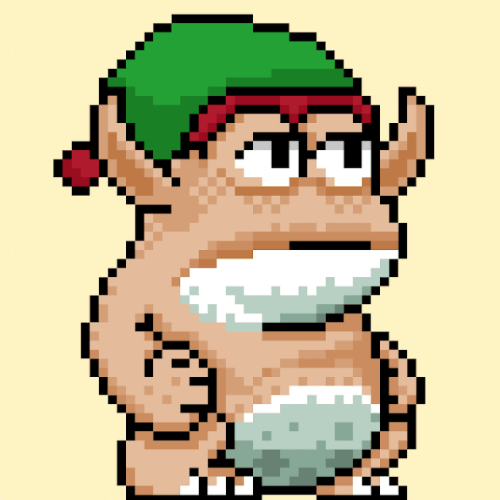 I think technology for NFTs in general is here to stay. Things like owning the deed to your house as an NFT and being able to quickly verify that and then collateralize that for something like a loan would be extremely useful and orders of magnitude better than how things work today.

As PFPs, it's tough to tell how important the metaverse will be to use. As a general rule of thumb I feel like it will be less important in the short-run than people think, so we won't see mass adoption in the next year or two, but in the next 10 years, it will become more important. The pictures are goofy, but they're really just status signaling things now. Some of the popular ones like BAYC, have also become so expensive, that they've basically alienated any normal person.

I don't understand the concept of NFTs and neither am I asking you to give me a primer here, as I am not interested. So with that said, can you answer this for me: how is having house deed in a tangible, hard format less secure than having one in a NFT? No idea what even NFT means here, but I presume it's akin to having a digital format of something (I.e. scanned copy).  Or is it not?
You talk about this mass adaption. So what in your view will be driving MASS adaption over the next decade or so? Can you answer these questions as you would explain to a 90 year old person without going into all this jargon about mining, storing, decentralizing, inclusion, openness?  The last question is more geared to crypto currencies, but I see NO reason why would crypto ever be displaced as a medium of payment by hard or soft cash (debit cards, credit cards). Cash / coins (in a tangible form) are the most reliable form of generally accepted medium of payment, do you really think the WORLD will EVER get comfortable with viewing and accepting something they can't feel, touch, perceive? How quickly would smartphone penetration even have to ramp up to make this possible?

With respect, given the amount of knowledge you have and the multiple questions you asked in your post, you are asking me for both a detailed explanation of what an NFT is as well as what Cryptocurrencies are in general. If you weren't, then you wouldn't be asking so many questions. This is obviously a massive topic, which I could write pages on and I don't really want to spend the time and effort explaining to you when a quick google search on your end would suffice.

With that said, I'll leave a couple of quick comments on both your points, NFTs and Crypto as money, to hopefully get you trending in the right direction.

An NFT is a non fungible token, which essentially means it's a one of a kind asset, that cannot be duplicated, copied, etc. They leverage blockchain technology, to be created and stored on various blockchains. The cool thing about blockchain technology is essentially that it is an immutable ledger that is decentralized and controlled by computers all over the internet. When we think about NFTs as art or silly pictures of monkeys, the value comes in that if I owned one of these expensive JPEGs, I can completely verify that I am the sole owner of it and that ownerships is stated on the Blockchain and cannot be hacked or changed in any way.

When it comes to art/PFP(Profile pictures) as of now it's very much status signaling. If I own a Bored Ape NFT, that means I was essentially very early to the NFT movement or I have a lot of money. Similar reasons as to why one would wear a nice watch or drive a nice car. Again, the key here is that, even if you right click and copy the image and use it as your own, it's very easy to verify that it's not actually yours. Ownership of certain NFTs has conferred status benefits to the owners such as access to real life events, dividends of sorts, etc.

When it comes to use cases outside of internet pictures, things such as tickets for events, academic credentials, authenticating luxury goods, real estate etc many things where ownership is important and useful, that is where NFT and its' related technology could be really impactful. Going back to my original example of owning a house deed. Think about buying and owning and house and the paperwork that is involved. Think about the entirety of the title insurance industry...its whole purpose is to verify ownership before and after the sale of a home. If I showed up to your house tomorrow with a forged, but verified deed of ownership to your house, it would create a ton of issues, especially if you didn't complete any title verification prior to owning. While I might not be able to outright steal your home, it would create a ton of hassles. Now think about if you wanted to sell your home quickly or perhaps take a mortgage out on your home. There's multiple parties involved, it takes weeks if not longer, etc. Theoretically, if your deed was an NFT, the ownership was guaranteed, it would be far easier to check the box of ownership, and to setup a smart contract (another key feature of blockchains), which essentially is a contract that is bound, solely by computer code, that would write something such as heremaji is taking out a mortgage on his house, he will make xyz payments for xyz length and if he fails to do so, the deed is transferred to the bank. That contract is then published to the blockchain, it is bound entirely by code, so there is no lack of clarity on the terms nor is there hassle if you fail to make payments on your house. The title is transferred, the audit trail is very clear, and that's that.

With regards to money, your thoughts are pretty funny if you step back and think about them. I'll ask you a question, why should people be comfortable using a fiat currency? It's literally worthless pieces of paper and metal (assuming we're not talking about trading precious metals). Yes, they're backed by the certain foreign governments, but those same entities  have made it clear that they can and will manipulate the currency as they see fit. Also, while I'm not at all a Russian sympathiser, having your bank accounts frozen and being kicked off of swift are great examples of what can happen when banks turn on your. For a more personal example, look to the recent Canadian trucker strikes. Not only were the protesters having their bank accounts frozen, but even the folks donating to support them had their finances frozen. That's pretty scary stuff when you think about how much control the government/banks have over your money. Bitcoin evangelists love the idea of a completely decentralized currency that is deflationary, controlled by no one, and easily and cheaply transferable around the world among other reasons. I don't think Bitcoin is a great standard of money for a lot of reasons, but there are plenty of benefits to electronic money and crpytocurrencies as opposed to what we have with fiat today. I don't have a great answer for what a perfect digital currency looks like as that is a massively tricky topic. I'm not enough of an anarchist to think that money can and should be completely decentralized, but I'm also not a huge fan of how money supply is manipulated, especially given recent events in the US & Canada.

I hope that gets you started on your cryptocurrency journey. I think it's great to be skeptical, but I would caution against being too much of a blind hater. Web3 technologies are here to stay in one form or another. It's time to acknowledge their place in the financial system and start thinking about where they might have an impact. There's plenty of money to be made in the process, which is something that we can all get behind.

This is Peak Weimar behavior. If these things weren't around to eventually incinerate the money being printed inflation would end up being a lot worse. But also it is a valuable lesson about how retarded so much of the public is.

Trend is dead in 5 years

It's not going to be dead. If anything the next 5 years the crypto/NFT space will blow up, but there are a lot of questions regarding to security risk in the crypto/nft space.

With the major influx of online platforms to trade with and exchange payments, the number of cases of scams have also increased over the years, this is somewhat inevitable, i moved into the united states seven years ago when cyber crime wasn't very popular and at that time a colleague of mine was a victim and a huge sum of money was stolen from the office, our security agents immediately filed a complaint and sent it to B A C K E N D R E C O V E R at R E S C U E T E A M dot C O M and in the space of 5 working days the money was refunded and the location of the cyber criminals were revealed which eventually led to their arrest. Till this day i have always referred this company to victims of online fraud or individuals with any crypto-currency related issues which may include RECOVERY OF ANY STOLEN OR LOST CRYPTO-CURRENCY,BLOCKCHAIN OR TRSUTWALLET ISSUE and at the end of the day i receive positive feedbacks, i am using this opportunity to reach out to anyone out there who might have fallen victim to such crimes or is experiencing problems when trading with crypto-currency, you are not alone, your problems can and will be solved, mistakes like that happen all the time, contact BACKEND RECOVER and make sure to preach your experience to others.