Refers to the money which is used every day by people across the globe in transactions, wages, investing, and consumption 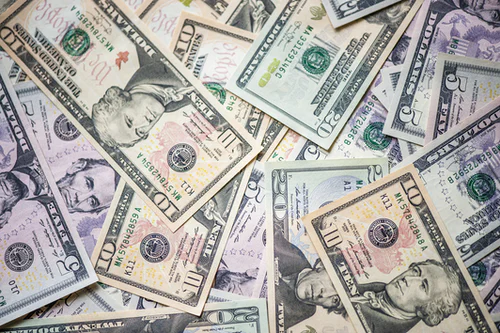 Fiat money is used daily by people across the globe in transactions, wages, investing, and consumption. The most commonly used bill worldwide is the U.S. Dollar.

Traditionally currencies were backed by commodities such as silver or gold. However, around 1000 AD, China implemented the first instance of paper money due to the exceedingly high demand for precious metals.

The concept of using paper money was easily adapted in China because its citizens were accustomed to using credit notes. As a result, the use of such money surged in the Yuan and Ming dynasties.

In the 18th century, the West began using money not backed by a commodity. Bills of credit were issued that holders could use to make payments. The lack of regulation of bill production led to fear of inflation, and in some regions, the bills depreciated significantly.

The U.S. gold standard allowed paper money to be converted into a fixed amount of gold. 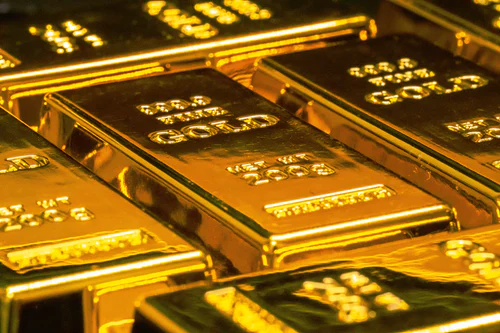 This was the basis for the international monetary system from the 1870s to 1932 and from 1944 until 1971, when the system was abandoned to prevent inflation and avoid significant payouts from foreign entities cashing in their U.S. dollars for gold.

What does the term "fiat" mean? Fiat is a Latin word for "let it be done." These bills only have value because the government says they do. Intrinsically, there is no utility to money not reinforced by a commodity. 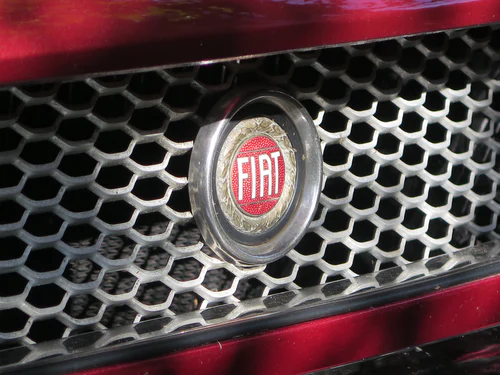 Traditionally, money could be converted to gold or another commodity, but now money is not directly linked to any physical reserves. As a result, modern economies are susceptible to inflation and hyperinflation.

Nowadays, money only has value as long as people have faith in it. Once the majority of people lose trust in the local currency or the governmental regulation of it, the value will plunge.

Fiat money can be:

Why does fiat money have value?

Money derives its value from the government that issues it. A reliable government regulating its cash production is more likely to have a stable currency.

Taxes must be paid with the local currency the government issues. As a result, to avoid penalties or prosecution, citizens accept the value of money to pay taxes.

Credit theory also proposes that the exchange of a commodity for credit springs from the idea that credit value does not depend on precious metals or other commodities.

The arbitrary nature of money is evident in that prices can change at any moment. For example, if the demand skyrockets for goods, the price will also increase. 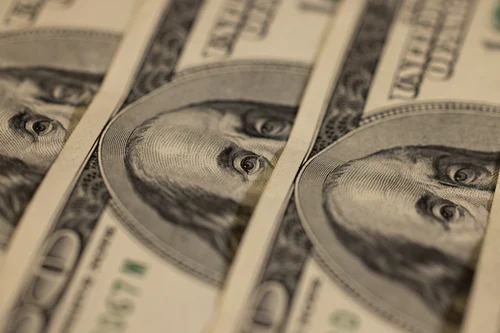 The modern economy would not be able to sustain a commodity-backed currency as a result of diminished natural gold and silver sources. This would cause significant disruptions to the market.

With the abandonment of the gold standard, resource holdings could be decreased, which made the exchange of money far more accessible.

Governments around the world also have the ability to create their currency because it does not require an abundance of a commodity to support it.

Fractional reserve banking would also not be possible without money unbacked by a commodity. This system allows commercial banks to lend money to borrowers and boost the economy.

The modern world is beginning to distance itself from using cash and bills and is moving towards payments through technological services. This includes peer-to-peer (P2P) services, credit cards, and bank services.

Banks play a crucial role in the distribution and creation of money. A central bank increases the money supply by trading financial assets and lending money to financial institutions. The money issued by central banks is called base money. 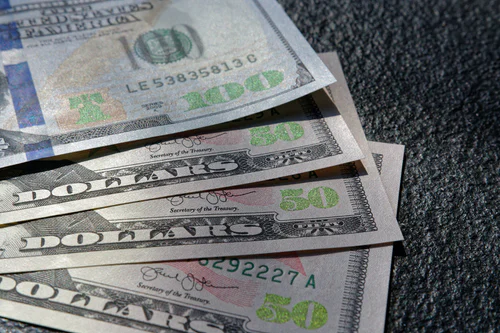 Commercial banks use the money they receive from the central bank to distribute loans through a system called fractional reserve banking. This system allows banks to loan out all money that is not required to keep as reserves to distribute as withdrawals.

There are various types of money in the total money supply of a country. For example, the United States has M1, M2, and M3 levels. These are determined by the liquidity and size of the money supply in the economy.

For example, M1 includes physical coins and bills but also other money equivalents. These are examples of very liquid cash.

M2 includes short-term deposits in banks and certain money market funds. These assets are slightly less liquid than those in M1.

There are hundreds of examples of fiat money today, but here are the currencies that dominate the global economic scene:

The United States Dollar is the strongest currency in the world because it is supported by a powerful economy and a large GDP. The European euro originated in Germany but is now used in 19 countries.

To be considered fiat currency, it must be physical, like coins and paper bills.

Here is a list of the currencies in circulation today.

How many fiat currencies are there?

There are about 180 currencies worldwide. For the first time in history, every currency used today is fiat. A commodity backs no currencies. 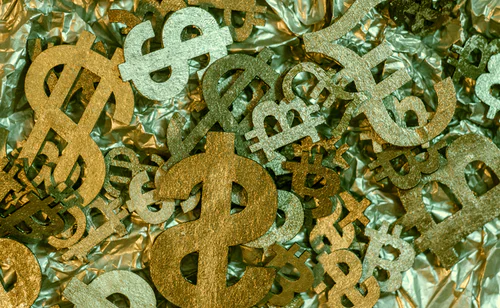 The world is able to function with all these currencies by utilizing exchange rates. An exchange rate values one country's currency in terms of another one. These exchange rates are subject to change due to supply and demand.

Domestic interest rates can also cause exchange rates to fluctuate. With some research, traders can try to jump at the opportunity of buying currencies in hopes that the exchange rates will change in their favor.

The most popular currencies for trading are:

A currency collapses as a result of the dissipation of faith in the stability or usefulness of money. Cash is only as valuable as the trust people have in it to maintain its store of value and use as a medium of exchange. 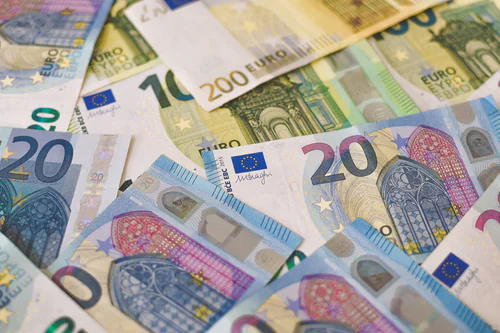 What would it take for the U.S. dollar to collapse?

The collapse of the U.S. dollar remains very unlikely.

In the South African country Zimbabwe, devastating hyperinflation occurred to the point where they had to abandon the Zimbabwean dollar. This hyperinflation began in the late 1990s and reached its peak in 2008. 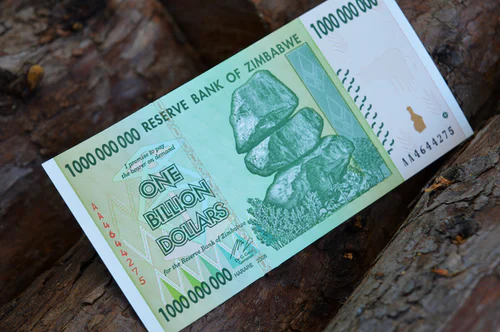 At the peak of hyperinflation, the Zimbabwe government issued 100 trillion Zimbabwean dollar notes. As a result, foreign currencies were used more than the local dollar.

In instances of hyperinflation, consumers have been forced to carry large bags of cash to buy simple goods like bread or milk from the supermarket.

In Argentina, civil and political unrest followed the OPEC oil embargo in the 1970s. As a result, the government attempted to resolve the economic instability by printing more money which caused the money supply to skyrocket.

In Iceland, the major banks defaulted on $62 billion of foreign debt in 2008. This resulted in a decline of trust in the banks, leading to the depreciation of the Icelandic currency. 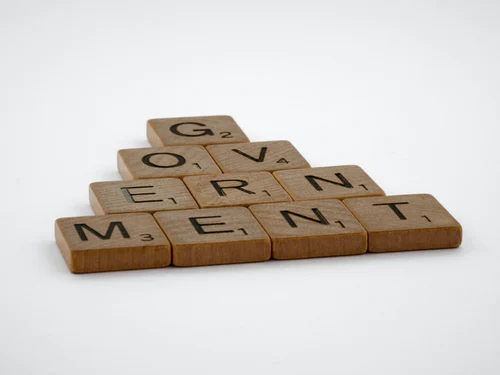 The currency cycle consists of 4 stages:

Fun Fact: Hyperinflation has occurred at least 56 times in the last 200 years.

What is not considered fiat money?

Cryptocurrencies such as Bitcoin and Ethereum have become increasingly prominent as a digital currencies. Most cryptocurrencies, like money today, are not backed by any commodity and do not have any intrinsic value. 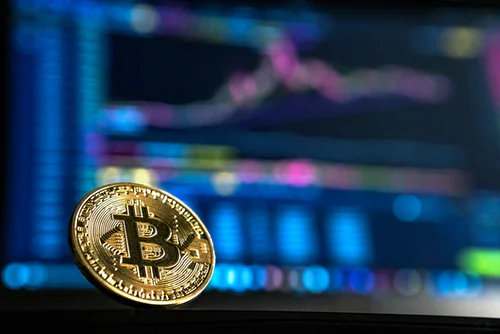 Despite their similarities, their differences establish crypto as a different form of currency.

While money today has value tied to the government, like the U.S. dollar, crypto does not have a central authority.

The anonymity and medium of exchange focused on having no authority, such as a government or bank, establishes crypto as a non-fiat currency.

Virtual currencies have been determined to be a commodity in the U.S. under the Commodity Exchange Act.

Here you can find more information regarding the difference between crypto and fiat money.

Money is real as a result of government support and regulation. For example, cash derives its value strictly from the government and the consensus to use the currency.

Currency begins to lose its sense of "real" when hyperinflation occurs, and the value diminishes.