For Banks, That Red Tape Is Looking Less Sticky 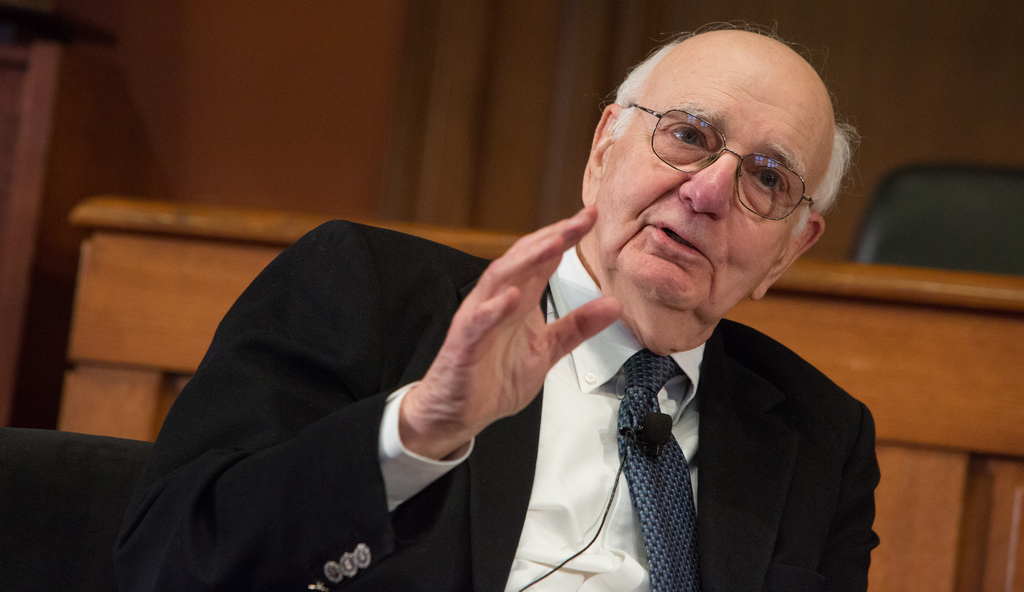 To Dodd-Frank supporters, May 2018 has quickly become "the month we will never talk about again."

After last week's big rollback, the Federal Reserve Board proposed a suite of changes to the Volcker Rule.

The what? The Volcker Rule (part of Dodd-Frank) was created post-crisis to prevent banks from making risky trades with your hard-earned deposits.

Of course, the banks objected

They complained the rules were so complex they couldn't possibly comply (note to self: use this excuse in future). Many shrank their trading businesses.

JPMorgan CEO Jamie Dimon was even rumored to say that traders would need a lawyer and a psychiatrist to help them follow the rules.

And what did they come up with?

Meet Volcker 2.0, a win for the finance industry and a setback for critics of big banks.

Its purpose? According to Powell, "Our goal is to replace overly complex and inefficient requirements with a more streamlined set of requirements."

And here are a few ways it hopes to do that:

What happens next: You know the drill. There's a period for "public comment," and then the regulators will convene for a final vote.

+ For the Brew etymologists: The rule is named after Paul Volcker, the former chair of the Fed (aka that guy up there).

Walmart (+2.07%) rolled out a plan to help fund its employees' college tuition, books, and fees.

For just $1 a day, Walmart employees will be able to earn an associate's or bachelor's degree in Business or Supply Chain Management, or pursue a minor in yodeling.

But it can't afford that reputation anymore

Unemployment is below 4%, which means companies are in a giant rugby scrum for qualified workers.

What that looks like IRL: Employers are pulling out all the stops (raising the minimum wage, expanding parental leave, tuition reimbursement) to attract and retain qualified workers.

Don't Pass Quite Yet on MoviePass

MoviePass is putting the critics on silent. Its parent company, Helios and Matheson Analytics, intends to acquire Emmett Furla Oasis Films (EFO Films), controlling 51% of the joint venture (thanks for the scoop, Variety).

You might know Helios: Its shares have dropped from $38.86 to around 42 cents since October. You can thank MoviePass's $10 per month, movie-a-day model, which burns about $20 million a month. It has about $42 million left in the bankfi...

So what's Helios up to?

It's called MoviePass Films, but you can call it a long-term, Hail Mary for MoviePass. Burning this much cash has brought nearly 3 million users into the company's ecosystem. Now it just needs to monetize...

With EFO it can:

(1) Generate revenue through its library of movies.

(2) Start producing its own movies for theaters and digital streaming.

Its first movie, American Animals (which it acquired the rights to), hits theaters Friday.

Dick's Comes Out Blazing Without Firearms

Of course, that didn't stop Dick's CEO Ed Stack from taking a hardline stance on gun control in Q1. Dick's raised its minimum age of purchase to 21 and stopped selling assault-style rifles at its Field & Stream hunting locations.

The result? Pro-gun activists were up in arms, investors expected lower sales, and Dick's proved them all wrong...


Connecting the dots: Ed Stack deserves a pat on the back, but he's still racing against the retail clock. Same-store sales fell 2.5% and lower gun sales during hunting season could pinch the top line.

Wondering why Tesla (+2.81%) is valued like a tech company? Here's one reason.

May 23: Consumer Reports (CR) did not recommend the Tesla Model 3 in part because of poor braking performance (taking more distance to stop than a Ford F-150). Musk told CR he'd fix the issue.

Only one week later: CR tested the Model 3 again and found that the car's braking distance improved by 19 ft. That's enough for a stamp of approval.

Mic drop, from CR's head of auto testing: "I've been at CR for 19 years and tested more than 1,000 cars...and I've never seen a car that could improve its track performance with an over-the-air update."

COURSES WE'RE TAKING
Excel from Beginner to Advanced on Udemy-Every business pro needs the tools of a business pro. With this course, you'll be summing columns in no time, making PivotTables that'll make your eyes pop, and even dabble in some Macros.

+ For those savvy Excel users looking for a challenge: Try this course on for size.

BRAIN TEASER
Two hundred people in an auditorium are asked to think of a single digit number from 1 to 9 inclusive and write it down. All those who wrote down a prime number are now asked to leave. Ninety people remain behind in the hall. How many of these are expected to have written down an odd number?