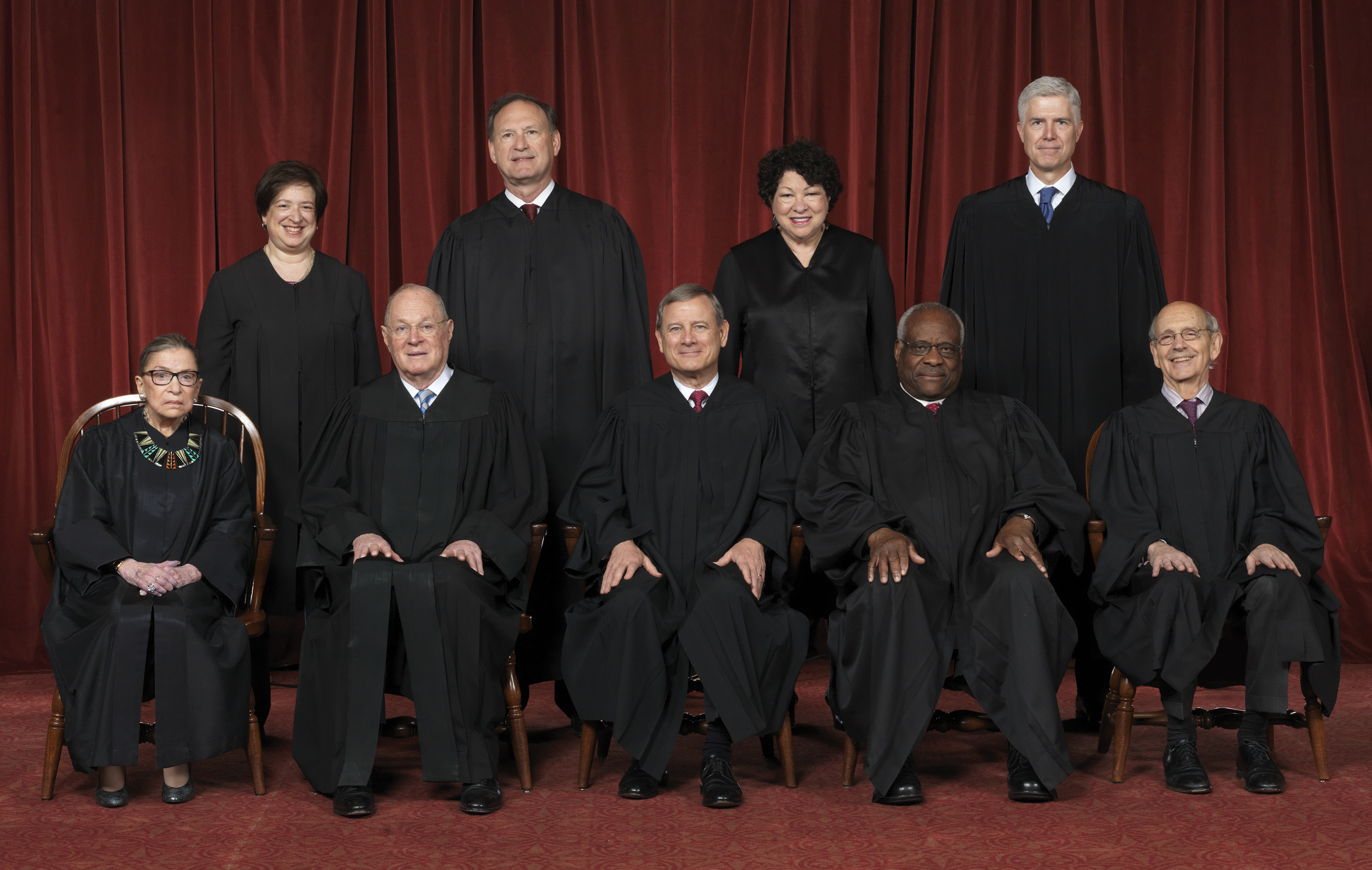 When Justice Alito and Justice Ginsburg aren't battling it out in Fortnite, they're ruling on Supreme Court cases.

So today, they (and the other seven justices) will hear arguments from South Dakota and online furniture seller Wayfair. And the stakes are high: if South Dakota wins, e-commerce companies like Wayfair could be forced to start collecting sales tax in all 50 states.

The background: In 2016, South Dakota issued a new law for all retailers-if you conduct at least 200 transactions or $100,000 worth of business within state lines, you must collect the state's sales tax.

The case: Is this law constitutional? Wayfair says it's not.

First things first, why wouldn't this be constitutional?

Well, consider the commerce clause-a subsection of the Constitution that grants Congress the right to regulate interstate commerce. The issue is, it hadn't really followed through, leaving states in limbo about how to enforce sales tax for cross-border transactions.

Fast forward 26 years: Wayfair is using the Quill verdict to its advantage, arguing South Dakota's law is unconstitutional because it has no "physical presence" in the state.

Which bring us to the much larger debate...

...in an age of online retail, does this "physical presence" requirement need to be reconsidered? Let's present the facts:

Netflix Answers All the Big Questions

If there's any question who's king of streaming, Netflix answered it by thumping Street expectations for Q1.

Seriously, just close your eyes and pick a metric...odds are, Netflix impresses.

All this growth is making investors giddy...they sent Netflix shares soaring 7% after hours (keep in mind, it was already the S&P's best performer this year, up 60%).

The big question: Is there any stopping this train? Maybe not. Netflix is putting the pedal to the metal, spending $8 billion on content and $2 billion on marketing this year alone. It also just announced a partnership with past nemesis Comcast to be included in Xfinity cable bundles.

And while some get-off-my-lawn types, like short-seller Andrew Left, think Netflix's content spend is unsustainable...they're shouting into the void.

The U.S. Hits ZTE Where It Hurts

Due to concerns of national security, the U.S. Commerce Department has banned American suppliers from exporting components to ZTE for seven years.

ZTE? Not the new fraternity on campus, bro. It's a big Chinese telecom equipment maker...and now it's in even bigger trouble. ZTE sources between 25-30% of its parts from U.S.-based companies (like Qualcomm), so good luck reworking that supply chain.

The crime: Last year, ZTE pleaded guilty to shipping its equipment (chock-full of American tech) to Iran, which violated U.S. sanctions. Then, it sealed its place in the doghouse after admitting it didn't 100% comply with the terms of its punishment.

Zoom out: The Trump administration is building a wall...but not the kind you were expecting. There's a growing barricade between the U.S. and China, and ZTE is the latest Chinese tech firm to be caught on the wrong side. Huawei says, 'join the club.'

Adecco's Perfect Algorithm for an Acquisition

Unfamiliar with GA? Founded in 2011, it's the coding bootcamp known for pumping out the world's next Gilfoyles. But recently GA has expanded from individual web dev and data science courses to enterprise solutions.

New hires can't figure out SQL? GA will help them regress to the mean.

Which is why Adecco is buying: Big corporations are increasingly upping their tech and expect employees (young and old) to learn how to use it. Adecco already has the network, serving over 100,000 business. And GA has the proven business model-it raked in $100 million in revenue this year with 30% CAGR.

If the deal closes this quarter, it'll come packaged with GA's 22 campuses across six countries, and its network of 50,000 alumni.

Each week, we'll let you know about a startup making waves. We'll tell you about the company, pitching you the good and the bad. Then we want to hear from you. Would you invest?

Watching hours...and hours...of the NBA and NHL playoffs has us thinking about the future prospects of The Athletic, a fast-growing subscription sports website.

Why we're swinging for the fences

But we're less clear on the business model

Unlike Mark Zuckerberg, The Athletic doesn't sell ads. So our biggest question is, will people pay $8 per month (or a discounted annual rate) for in-the-weeds sports content?

It's hard to say. Because many of the markets are so new, there's no indication whether rookie subscribers are renewing for a sophomore campaign.

But we want to hear from you. Is the subscription model the future of sports journalism? Are you IN or OUT on The Athletic. Vote here and we'll share the results tomorrow.

THEY SAID IT
Talk about having passion for your job. Here are a few soundbites from WPP founder and newly-departed CEO Martin Sorrell's goodbye letter to employees:

"For the past 33 years, I have spent every single day thinking about the future of WPP."

"I can say that WPP is not just a matter of life or death, it was, is and will be more important than that."

AROUND THE WORLD
Money may not buy happiness...but it sure can buy one hell of a vacation. Luxury travel firm Abercrombie & Kent shared a fully-planned, 25-day, 6-continent itinerary-and for just $150,000, it's basically a steal. A few highlights for your Insta: 1) fly in a private jet to a resort in Nicaragua 2) hike glaciers in Chile and 3) go stargazing on Easter Island.

BRAIN TEASER
This is a fun one. If a pizza's radius is defined as "z" and its depth defined "a," then what is that pizza's volume?