China Hates Being an Empty Nester 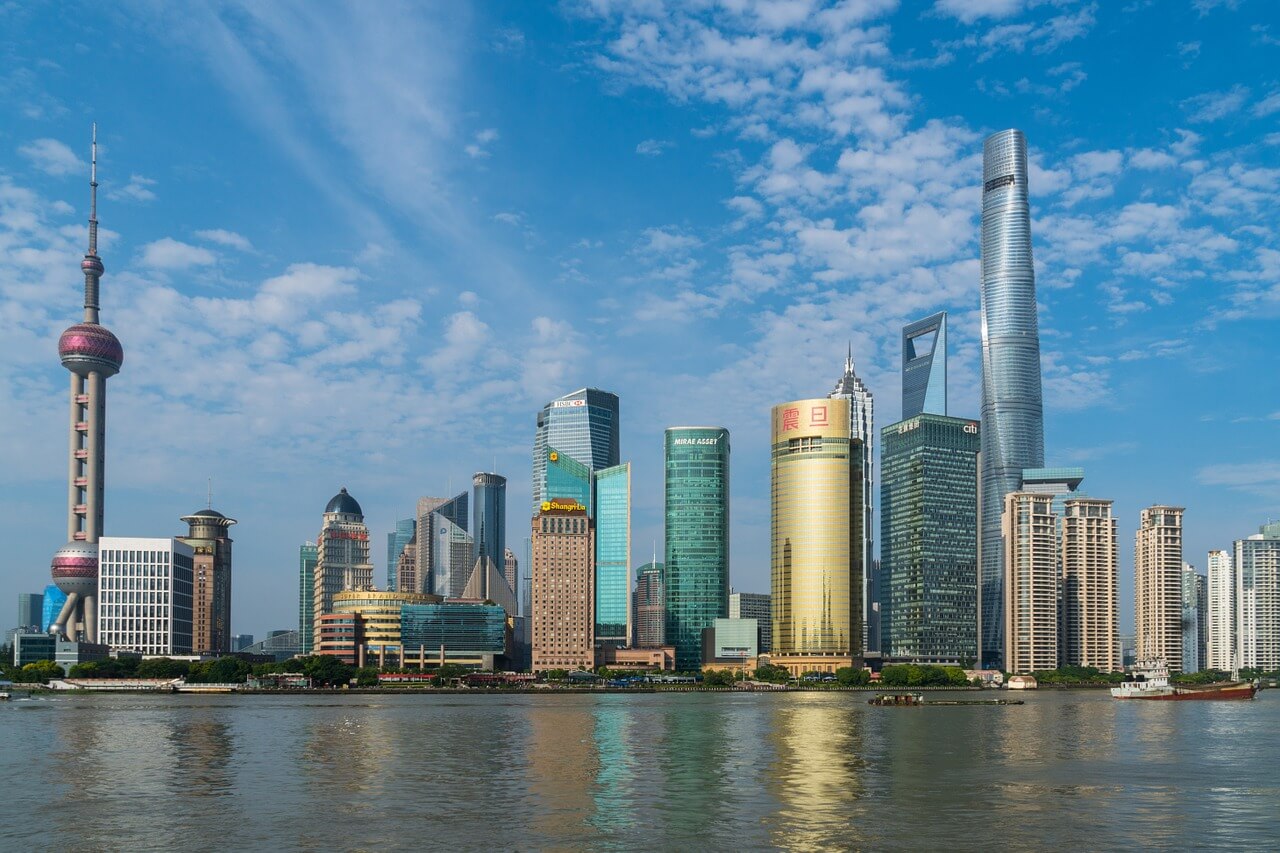 China wants to show its tech companies that listing at home is way more fun than living at home. Today, 25 firms will start trading on the STAR Market, a new Chinese stock venue aimed at fueling the best of homegrown tech with homegrown capital.

The first batch of companies, which range from electronics manufacturers to makers of railway controls, raised a combined $5.4 billion. But with raging investor demand, the trading could be too fast, too furious.

Where have we seen this before?

STAR Market, known as a "board," is modeled after the U.S.' Nasdaq, but its objective is to keep domestic companies from ever setting foot in Times Square. Chinese leadership has seen too many of its tech all-stars, from Alibaba to Tencent, leave mainland China to raise capital on Wall Street and in Hong Kong.

So China's trying to be the cool dad, making what Reuters calls perhaps its "boldest attempt at capital market reforms yet."

Bottom line: China's committed to producing organic, locally sourced tech companies. To do that, it's trying to upgrade its stock market infrastructure to compete with the U.S.

Disney said the April blockbuster Avengers: Endgame became the highest-grossing film of all time on Sunday, passing Avatar with a $2.79 billion global haul. (The figures are not adjusted for inflation, excellent question.)

Time to update the leaderboard at Box Office Mojo: 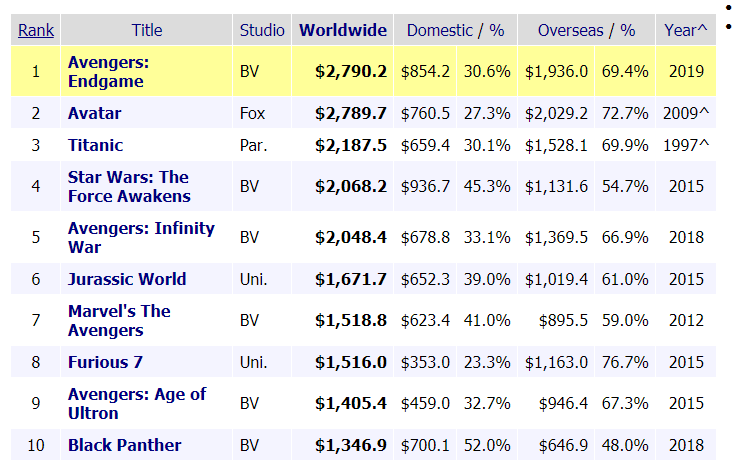 Now now, Avatar, there's no need to feel blue. Following its acquisition of Fox entertainment assets, Disney now owns the Avatar franchise. And it's planning to release four sequels from 2021 to 2027

+ Pop quiz: What's the highest-grossing film with a G rating? (Answer at bottom.) If you get it wrong, you must use "son of a squeegee!" to replace any PG-13 words you were thinking about saying today.

"We've been the busiest we've ever been in our history."

Business is booming…if you're a liquidator. That's Scott Carpenter, head of retail liquidation at Great American Group telling the FT about the wave of closures and bankruptcies stinging the industry.

CBRE data showed that in recent months, retailers were vacating U.S. shopping malls at the fastest pace since at least 2010. And retailers have already announced over 7,400 store closures so far this year, 28% more than last year's total store closures, per Coresight.

Zoom out: The shift to e-commerce, as we all saw with last week's Amazon Prime Day extravaganza, has walloped physical retail. But the WSJ points out that astronomical rents are also to blame. Dragged down by expensive real estate, the luxury clothing company Barneys NY is considering filing for bankruptcy. Rent on its Madison Ave. store reportedly jumped earlier this year to $27.9 million from $16.2 million.

Five Things We Learned About the Apple Industry 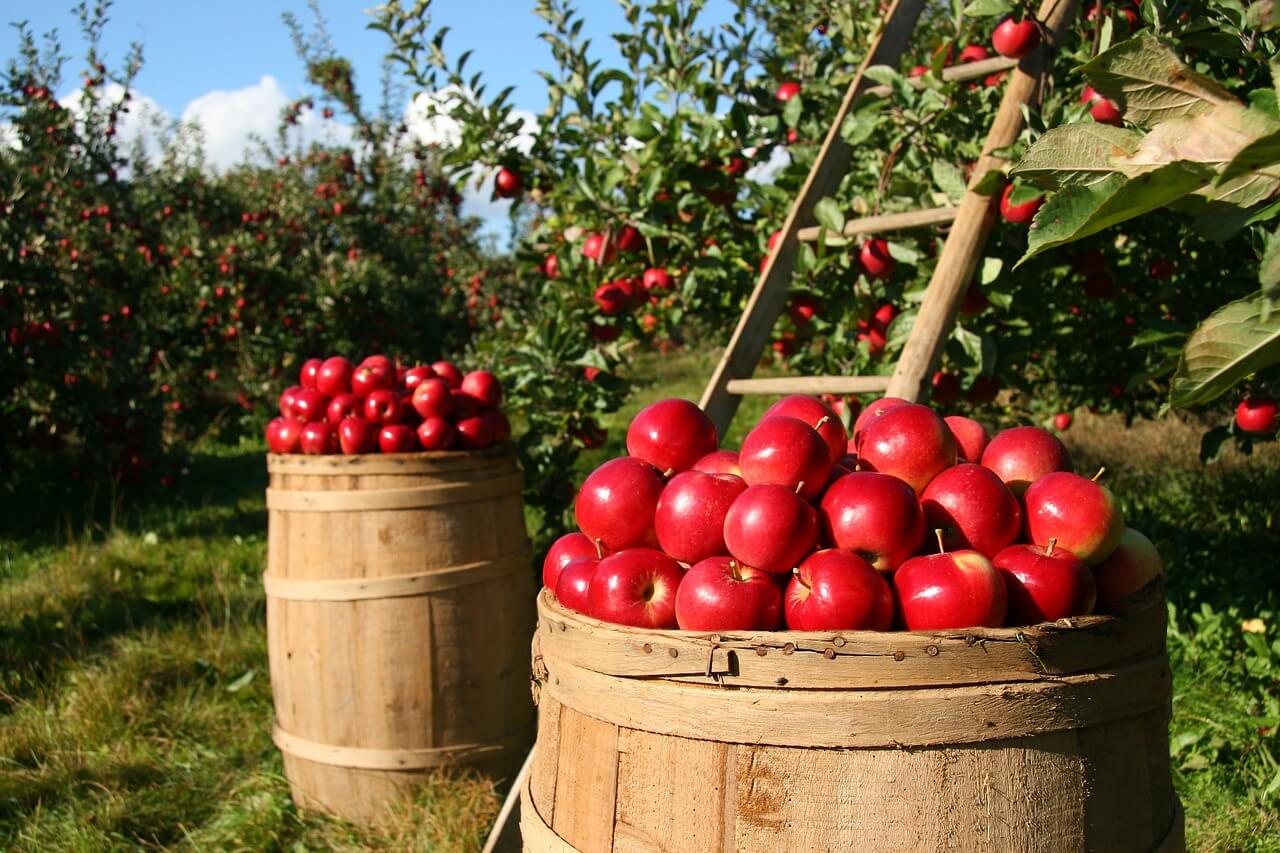 Source material: A wonderful article in The California Sunday Magazine previewing the groundbreaking launch of a new apple variety, the Cosmic Crisp, this fall.

Anyone else going to a wedding this weekend? Send us the most cringeworthy wedding hashtag you've seen.

Turn It Up
Greater Than, Less Than is taking this week off in the Bahamas. We present to you its understudy, Straightforward But Interesting Trivia Question.

What's been the most-played song of the 21st century on U.K. radio?