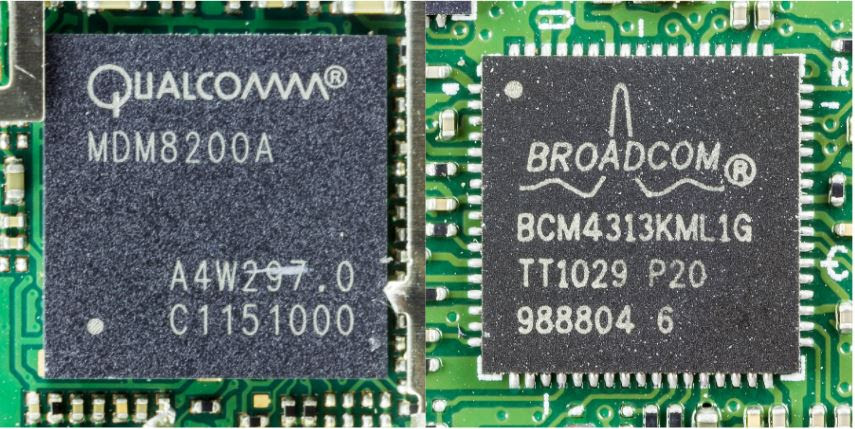 "Boy, that escalated quickly. I mean, that really got out of hand fast!"-Ron Burgundy talking about the latest developments in the Broadcom/Qualcomm deal.

And he's not wrong. This epic Semiconductor Saga gave us another head fake, as the U.S. government ordered Qualcomm (-1.13%) to delay its shareholders meeting-originally set for today-for at least 30 days.

Remember: Broadcom (-1.55%) nominated six directors to Qualcomm's board. And if these directors were elected, the chances of Broadcom's $117 billion hostile takeover bid would have increased.

While there's enough meat here to fill 10 newsletters, let's boil it down by focusing on this one (very important) question:

Why is the U.S. government getting involved?

To understand why that's a concern, meet an obscure but powerful government panel known as CFIUS (Committee on Foreign Investment in the United States).

This committee makes sure all M&A activity coming from overseas to the U.S. is kosher. Basically, it prevents foreign companies from using a domestic subsidiary as a Trojan horse to steal tech and IP. And in this case, CFIUS is investigating whether Broadcom is trying to use Qualcomm as its Trojan horse.

What's raising a red flag: Broadcom, a Singapore-based company, is notorious for its takeover & cost-cutting combo. Regulators worry that it will wind down Qualcomm's leading 5G program, paving the way for Chinese companies (like Huawei) to flood the U.S. market.

What doesn't add up: 1) Broadcom said it'll be moving its HQ from Singapore to the U.S…so moving forward, should Broadcom even be considered a foreign company? And 2) there's little to no precedent for CFIUS to investigate a deal before one was agreed upon.

Here's what we do know: This is as exciting as the semiconductor world gets, so enjoy it.

Apple (+0.35%) is turning up the volume and expanding into high-end, noise-canceling headphones…possibly by the end of the year.

And we know what your thinking: Didn't Apple buy Beats for $3 billion in 2014? Why would it purposely cannibalize sales? One word: AirPods.

Apple even surprised itself by the success of the product, released December 2016. From January to August of 2017, 900,000 wireless headphones were sold in the U.S.-AirPods accounted for 85% of that revenue. Then, equity research firm KGI reported AirPods would top 14 million unit sales in 2017 before doubling in 2018. At $159 a pop, that's $4.45 billion in additional revenue.

And you can charge more for over-the-ear headphones. Most of Beats' noise cancelers cost over $300. A pair of Beats by Tim could easily go for $500.

Zoom out: Apple is diversifying away from the iPhone (~60% of its revenue), and rediscovering its musical roots-AirPods and Apple Music have been a staple of that plan.

Here's a metric Americans should start paying attention to: barrels per day.

We're not talking IPA consumption-the U.S. is expected to pass Russia as the world's No. 1 oil producer by 2023, according to a report from the International Energy Agency (IEA). Total U.S. supply will increase by 3.7 million barrels per day, which is enough to account for almost 60% of global growth.

What is the U.S. doing right? It used the 2014 crash in oil prices as a call to action. Producers developed more efficient methods of extracting shale oil from deposits like the Permian Basin in West Texas and New Mexico (think Friday Night Lights territory).

What is everyone else doing wrong? The IEA says investment outside of the U.S. has mostly been embarrassing, specifically pointing a finger at OPEC for low output. And with demand for oil still on the rise (h/t China and India), a supply squeeze could be on the horizon.

Amazon Turns Its Gaze to Banking

We'd love to tell you Amazon (+1.56%) won't take over the world, but Jeff Bezos just paid us to say that. He also might be paying to build out an Amazon "checking-account-like" product, partnering with big banks like JPMorgan.

The details of the venture are still hazy, but it's clear Amazon wants to reduce big bank transaction processing fees. It might have even considered its own bank-38% of surveyed customers would trust a Bank of Amazon-if regulation and capital requirement rules weren't so stiff.

Detour: Walmart tried this a decade ago and failed.

Back to the action: There's no secret angle here. Amazon wants two things: your money and your data. And the more industries it electric slides into, the better the payout.

Of course, Amazon already has a head start into the payments space, with 33 million customers using Amazon Pay.

WHAT ELSE IS HAPPENING

Each week, we'll let you know about a startup making waves. We'll tell you about the company, pitching you the good and the bad. Then we want to hear from you. Would you invest?

Can you feel the burn? VirZOOM can, a VR fitness startup that raised $5.5 million in fresh funding.

The company is hoping to be a modern-day mashup between cycling startup Peloton and Oculus Rift. Simply strap on a headset, pedal away, and immerse yourself in a virtual world.

What's got us ready for the gym

People are desperately looking for reasons to get in shape: Weddings, too much junk food, New Year's…(Gold's Gym's traffic spikes 40% from December to January).

VirZOOM offers a new look at a new you-a growing library of VR worlds to make burning calories just a bit more enjoyable. And the idea might be intriguing enough to get consumers to cough up $400 for it.

What's got us hesitating

Not to mention, what happens when you start burning a sweat with a bulky headset on? How long would people comfortably wear it? Then there's the issue of cash flow-$5.5 million is a nice haul, but we're not sure how far it'll take VirZOOM when it needs to build up inventory and constantly develop new VR content.

But hey, this isn't about us, it's about you. Would you get cycling with VirZOOM? Are you IN or OUT?

Trivia
If the Broadcom/Qualcomm deal (ever) goes through, it'll be the largest tech deal ever…by a long-shot. Can you name the current record holder?

Brain Teaser
Jen, Paula and Sarah had spent the week decorating an elderly neighbor's house, for which they earned $500 between them. When it came to dividing up the money Paula claimed she had worked three times harder than Jen, and Sarah had worked twice as hard as Paula. If the money was divided fairly, how much money did they each receive?