Quantitative analysts, commonly referred to as 'quants', are professionals who apply mathematical and statistical methods to financial and risk management problems.

Their work typically entails the understanding and implementation of complex mathematical models which are then utilized by firms in the process of making financial and business decisions to generate profit, and reduce risk. Consequently, this has earned them the title,
"The Rocket Scientists of Wall Street". 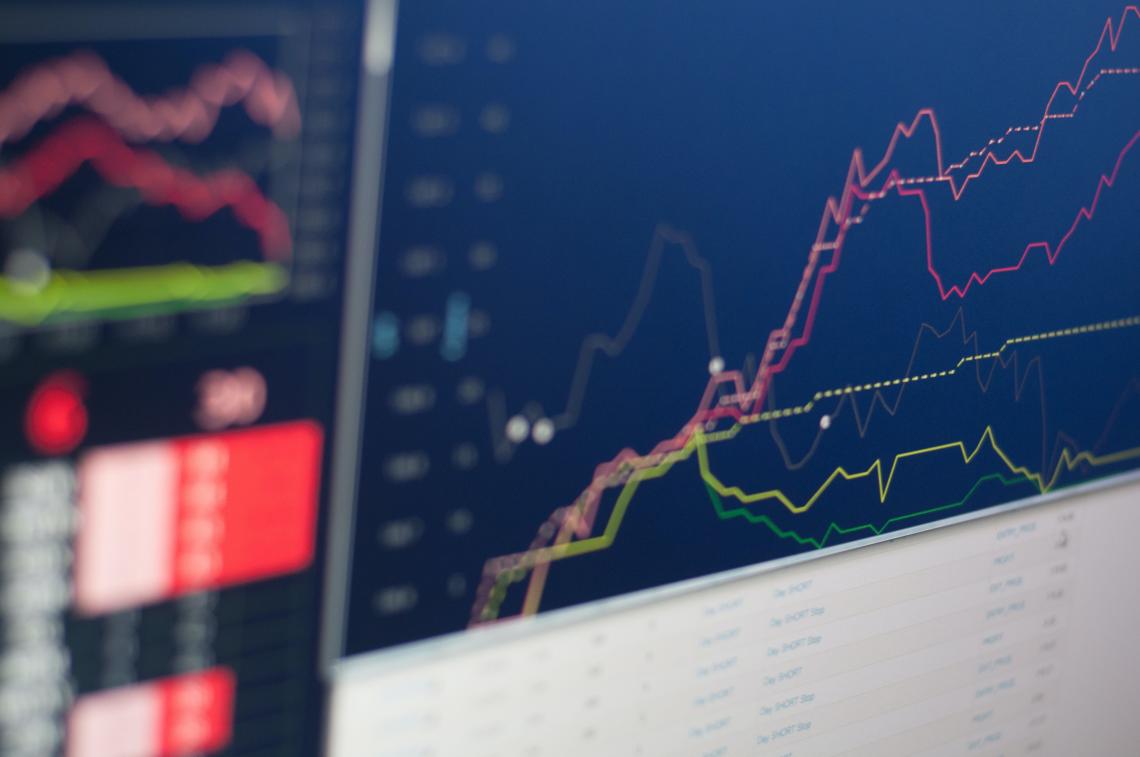 With the increase in complexity of financial securities and the rapid growth of automated trading systems and hedge funds, there has been a steady increase in demand for quantitative analysts due to their exceptional mathematical capabilities. The challenging nature of the profession stems from proficiency in areas such as mathematics, finance, and computer science which is a prerequisite. As a result, they are able to demand exceptionally high salaries and are often compensated lucratively.

Within finance, there are four broad categorizations within which quantitative positions can be placed:

Though all four of these positions fall under the same broad umbrella of being classified as quantitative positions, they are heavily varied in their compensation, importance, work, and even career progression.

The following video is a summary of what quantitative traders, researchers, and developers are, with a brief overview of their professional work.:

Quantitative Traders - What are they?

They are traders who utilize computer algorithms and programs derived from statistical and mathematical models to identify and capitalize upon trade opportunities, therefore generating trading revenue for the firm. Their work also entails the designing of econometric algorithms in order to meet the rising demand for market-neutral strategies.

They are usually considered "front office" since they are typically generating revenue and often interact with salespeople and other traders on the trading floors of investment banking. As such, they are usually considered the most influential among the four types, which is reflected in their compensation.
Overall, they are often working with an applied mathematical approach to financial trading, in contrast to the more theoretical profession of quantitative researchers.

Quantitative Researchers - What are they?

They are often involved in the process of building and maintaining models used in algorithmic trading, which are then utilized to execute by quantitative traders who serve a more operational role. In this way, they typically support quantitative traders through the generation of market insights from their machine-driven and human analysis on structured and unstructured data.

The theoretical nature of their work often involves the implementation of a scientific approach to finance, through a process of:

They can often be located in alternate research firms or hedge funds in a "Middle Office" (MO) role.

It is worth noting that pursuing a career in quantitative research often requires excellent academic credentials and qualifications. Most researchers have at least one of the following qualifications:

While they often work with traders, the foundation for the algorithms they utilize is built by quantitative developers.

Quantitative Developers - What are they? 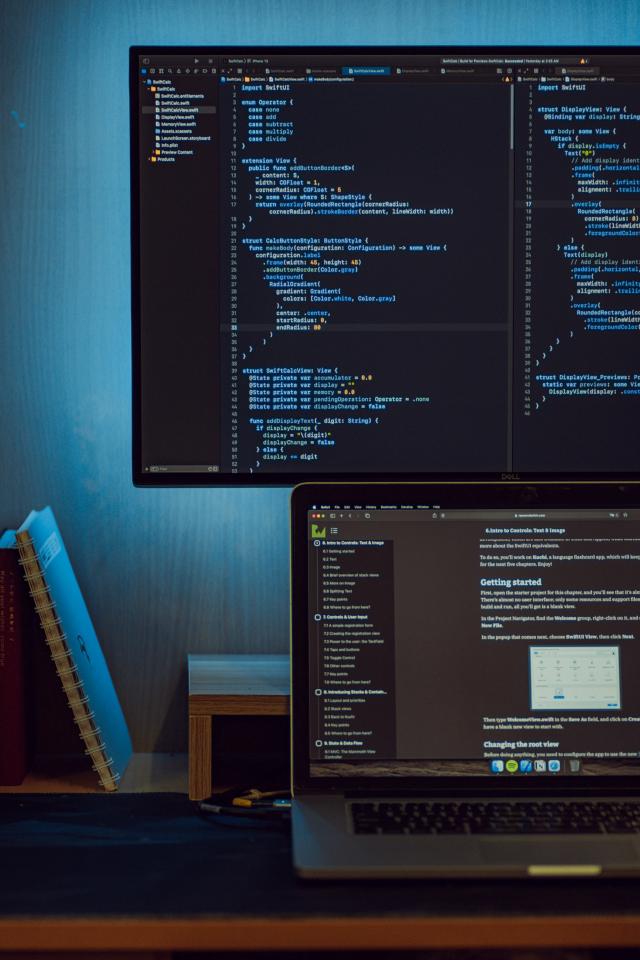 They are programmers who play an integral and key role in the building and maintaining of the algorithmic architecture utilized by quantitative traders and researchers. Due to the broad nature of professional responsibilities adopted by them in the industry, they can be further categorized into two classifications - Back office (BO) developers, and front office (FO) developers.

Back Office (BO) developers often are responsible for building and maintaining trading systems' raw architecture through their expertise in programming languages such as Java, and C++.

BO developers, therefore, build the platform utilized by quantitative traders and researchers to run their models and algorithms. Seeing as there is limited interaction between BO developers and front office (FO) quantitative traders, as well as the fact that the majority of a BO  developer's work involves programming and expertise in coding languages, it is not uncommon to see software engineers with limited financial experience lateral into a quantitative developer role.

As BO developers are essentially software engineers of the finance industry, candidates often only require a bachelor's in a computer-science/software-related field to enter the industry.

This is in contrast to FO quantitative developers for whom financial knowledge and expertise are a prerequisite.

Front Office (FO) developers often work closely with quantitative traders and analysts in efforts to build new and improve upon existing trading models and algorithms. Their work can therefore involve optimization of models and rewriting prototype codes from one language to another
(eg: Java → C++).

The nature of their work involves frequent interactions with quantitative traders and often requires:

Due to generally increased responsibilities adopted by FO developers, their compensation is often higher than BO quantitative developers.
As we can see, the collaborations of traders, researchers, and developers are crucial to the functioning of the system involving building the trading platform system, which is then utilized by traders to execute trades and generate profits.

The development of new innovative financial products, as well as the utilization of tools and software to determine their pricing, however, still requires another type of specialized role described below.

Financial Engineers: What are they?

Financial Engineers are another type of specialized role. They are also most commonly referred to as "quantitative analysts".

It is also fairly common to see them evaluate products sold by sales teams to clients at large banks using tools of stochastic calculus and risk-neutral pricing.

Financial engineers work at a variety of businesses including

Compensation: Salary Packages and Bonuses, Which quants are paid the most? 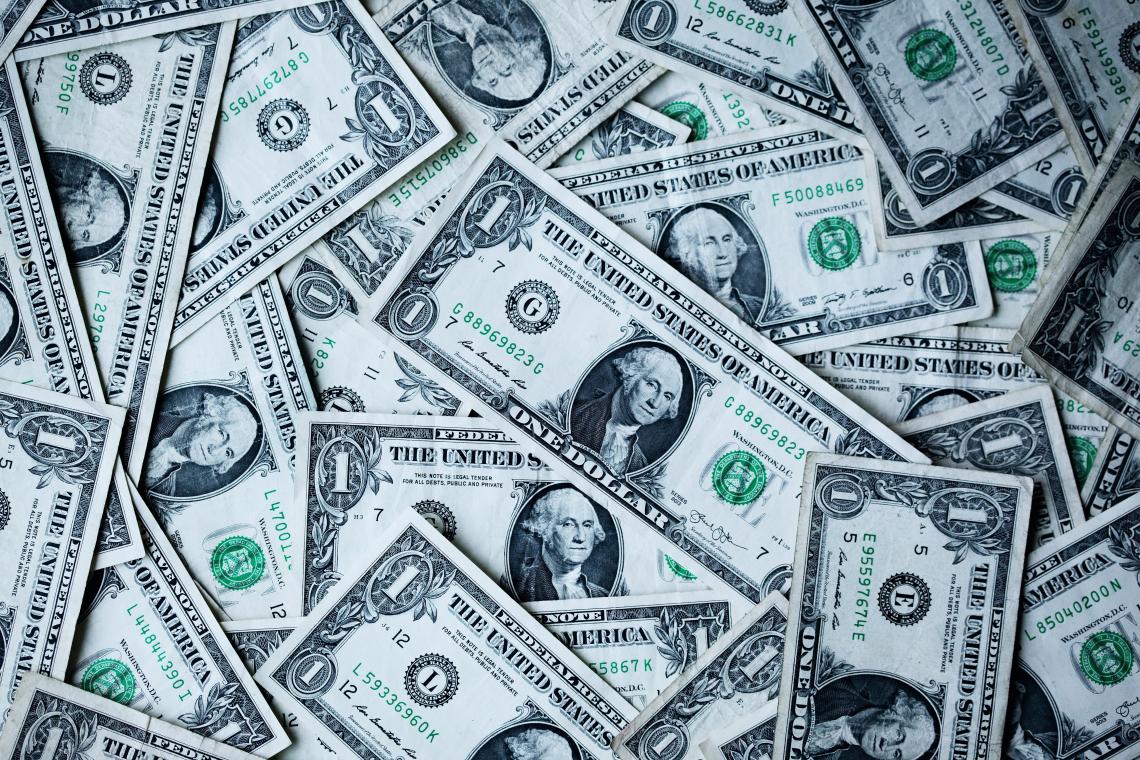 Compensation packages can vary heavily by firms, their year-on-year performance, as well as the individual's performance for the fiscal year in question. The following section serves as a generalized and estimated guideline towards financial compensation received by them. 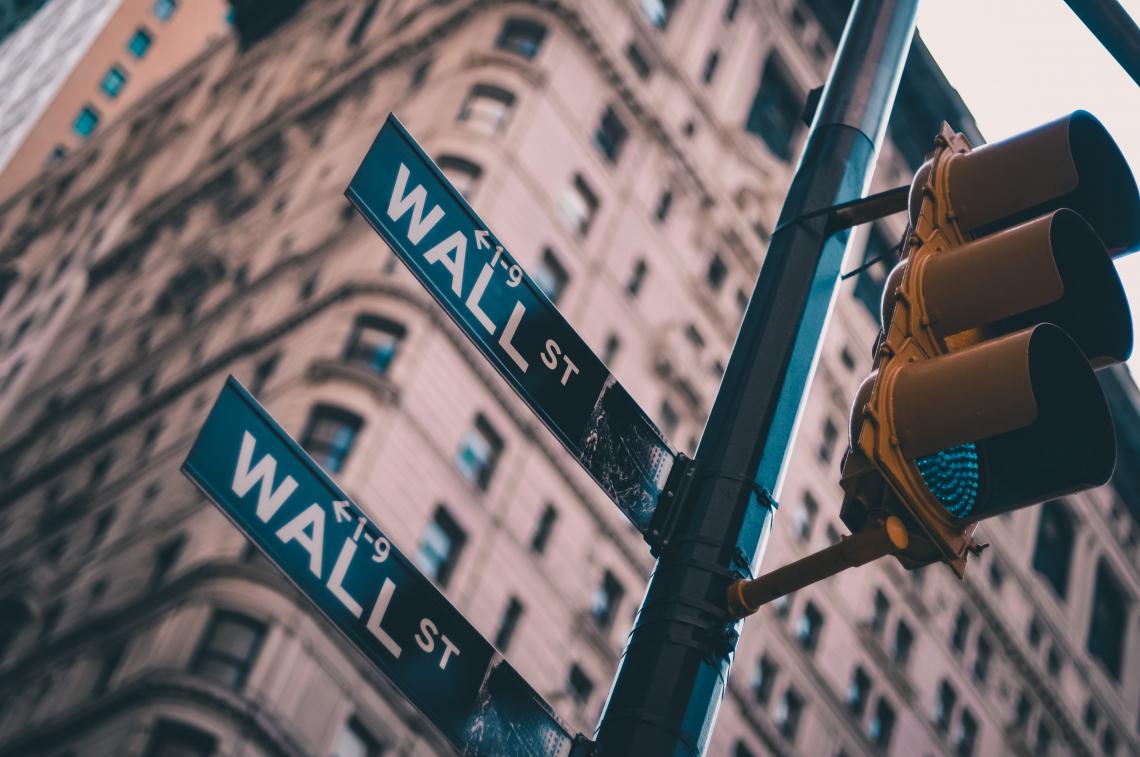 Quantitative traders are often the professionals in question when the term "Rocket Scientists of Wall Street" is used. Their high-paced profession prerequisites an exceptional analytical skillset, and the front office nature of their work involving executing trades on the front-line mandates experience in making judgment calls. Consequently, it is no surprise quantitative traders are able to command the highest salary and compensation packages of all types of quants, with additional potential for extremely lucrative bonuses.

According to comparably, Quantitative traders in the U.S earn an average salary of $316,764, with the top 86% making an astonishing   $517,080 annually. It is common to see experienced and senior quantitative traders on Wall Street receive compensation in the millions based upon their individual and firm performance as well.

According to comparably, Financial Engineers in the U.S earn an average salary of $114,115, with the top 86% making a respectable $589,331 annually. This high degree of variance originates from the fact that financial engineers can be hired for a multitude of purposes by a firm, and experienced financial engineers working on products for high-profile clients are likely to find themselves in a lucrative career.

Work-life Balance - Who works the hardest? 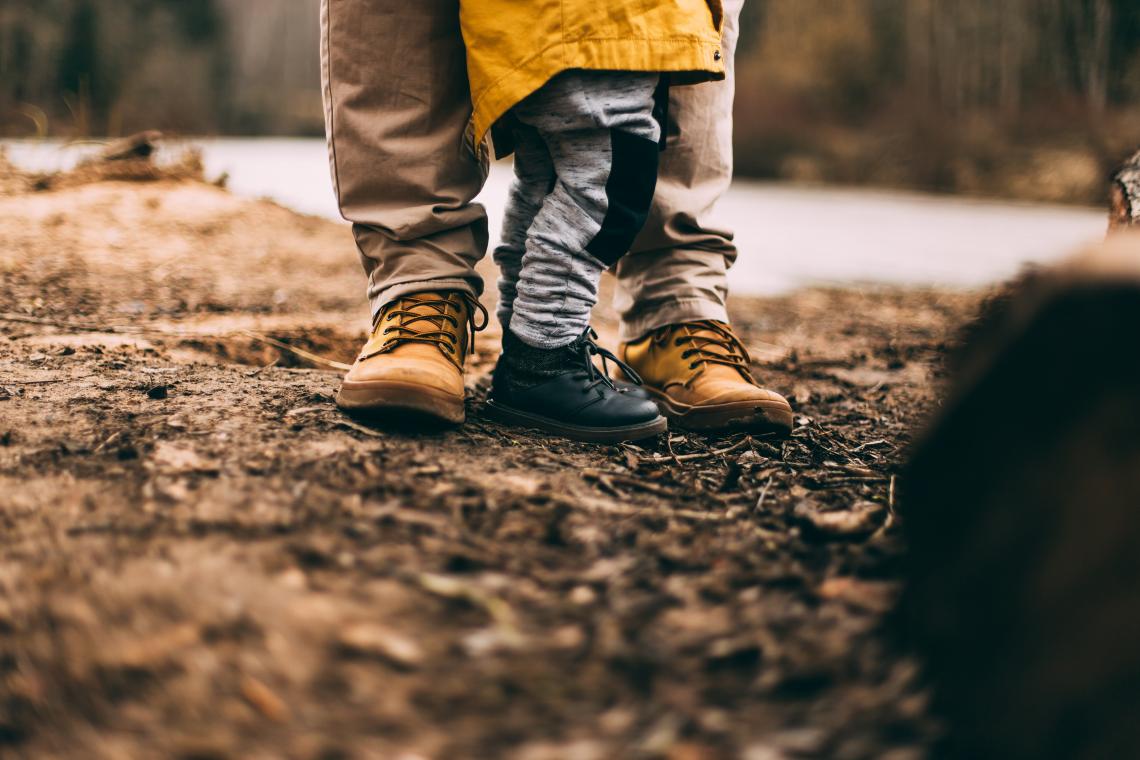 As we saw above, there is a considerable amount of variance between the earnings of different types, but not all of them work the same number of hours. For example, quantitative developers typically work considerably fewer hours than quantitative traders who are more likely to burn out due to their fast-paced and high-pressure work.

Workhours for the different types are as follows:

Depending upon the type of you are aspiring to be, your career path and focus will change accordingly, alongside which areas of finance, mathematics, and computer science you will focus on studying more. If your analytical skillset is truly exceptional and you are willing to put in the long hours for the handsome salaries, the career path of a quantitative trader may be optimal for you. For someone wishing for more work-life balance with research-oriented skills, the path of a quantitative researcher may seem like a good match.

The following table below summarizes all key details about all 4 types, a must-see for anyone aspiring to pursue a career in this field. 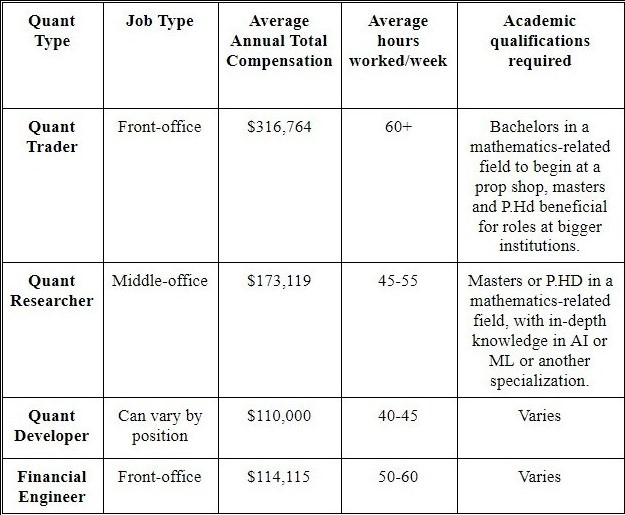 What should I do to become a quantitative analyst? 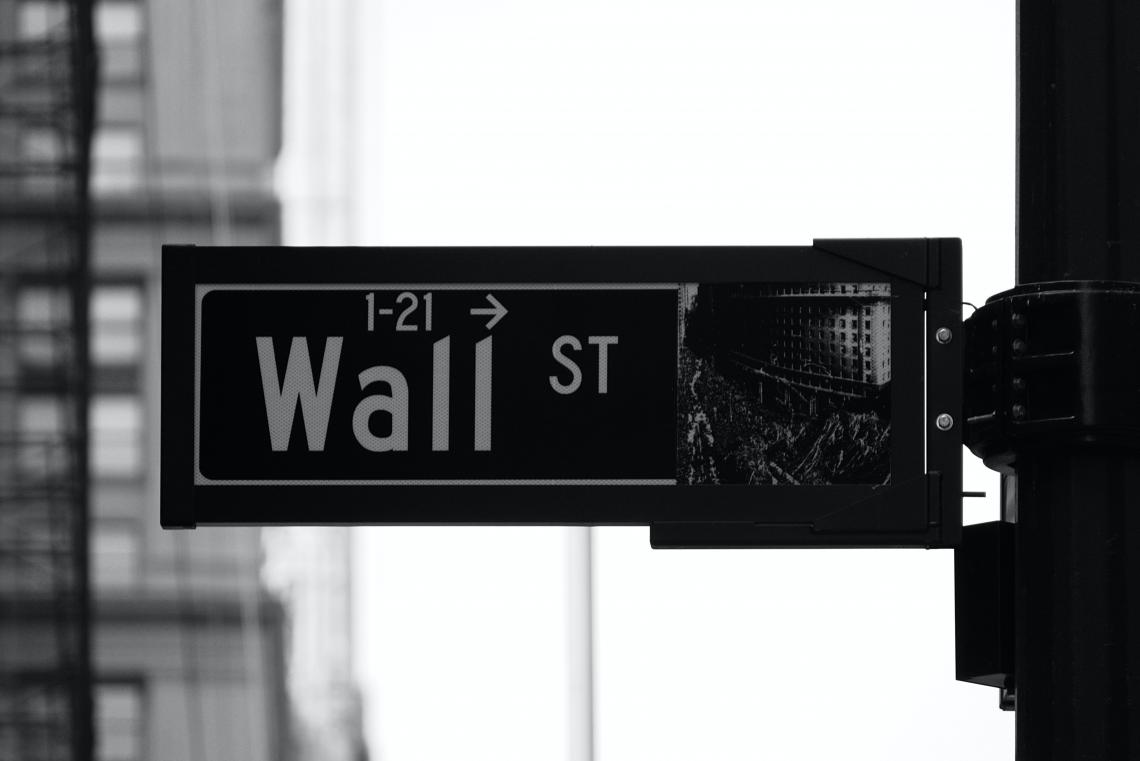 Students, graduates, as well as experienced professionals looking for a career switch into a quantitative finance role, must typically have extremely strong analytical skills, paired with a respectable amount of knowledge and/or experience in mathematics tools, scientific software, as well as programming knowledge.

It is important to have an understanding of some of the following areas:

Furthermore, a considerable number of quants working on Wall Street typically hold academic qualifications from "target" institutions and universities, which are respected worldwide for their rigorous quantitative finance programs.
The following list displays statistics taken on the top 25 quantitative finance master's programs in the world for 2020, credit to Risk. 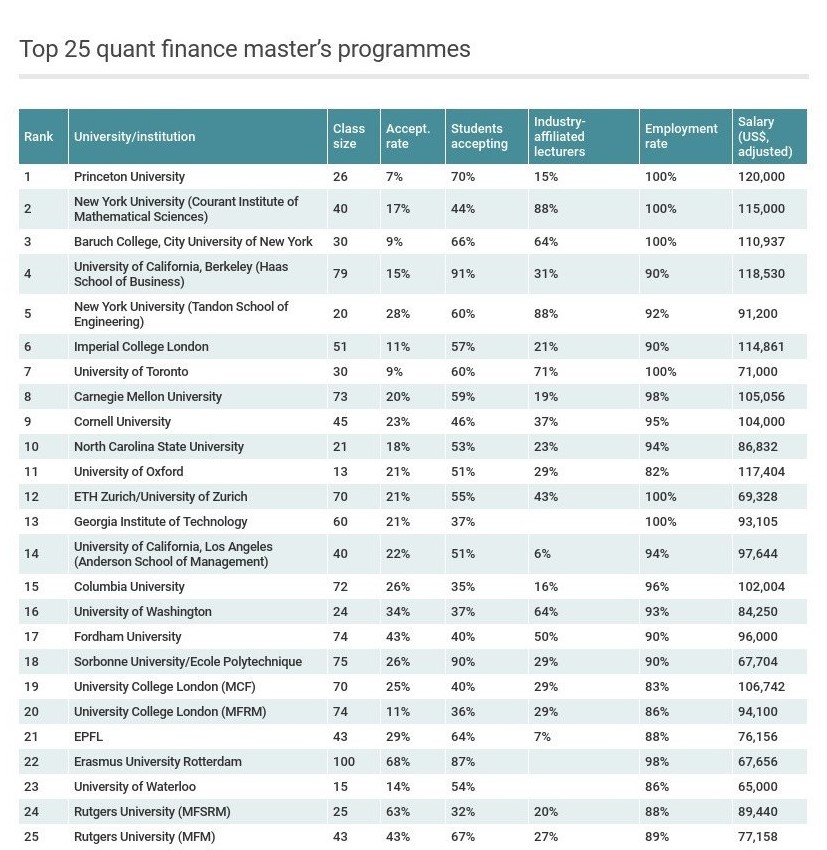 Therefore, graduating from competitive quantitative finance programs from one of these top institutions is the best way to increase your chances of breaking into the industry.