Refers to the borrowing of money to make purchases with the expectation that future earnings would be much greater than the cost of borrowing.

Any financial strategy that involves borrowing money to make purchases with the expectation that future earnings would be much greater than the cost of borrowing is known as leverage or gearing.

This strategy's name comes from the physics concept of a lever, which increases a tiny input force into a larger output force. Successful leverage increases the relatively small amount of capital required for borrowing into substantial quantities of profit.

The strategy does, however, come with a significant danger of being unable to repay a sizable debt.

Profits can be scaled via gearing. However, losses are also doubled. There is a chance that using leverage will lead to significant losses if the financing expenses outweigh the asset's income or if the asset's value decreases.

The deliberate practice of borrowing money to invest in assets is known as financial gearing.

The objective is to outperform the cost of borrowing the money used to purchase such assets in terms of return on investment. Financial gearing aims to boost an investor's profitability without asking them to utilize more money.

Leverage is crucial since it gives investors possibilities. It entails risk; thus, it is frequently suggested that new investors have a thorough grasp of leverage and its possible drawbacks before taking on geared positions.

Financial gearing may be systematically utilized to structure a portfolio such that it can profit from successful investments but suffer even more when bad ones come along.

How does Leveraging Work

Gearing is known as the use of debt or borrowed money to finance a project or venture. The result is a multiplier for a project's prospective profits.Leverage will simultaneously increase the possible negative risk if the investment doesn't work out.

When a business, asset, or investment is described as "highly leveraged," it suggests that more debt than equity is attached. Both investors and businesses employ the idea of leverage. It is seen as a tool used by investors to boost profits significantly on investment.

They use various products, such as options, futures, and margin accounts, to leverage their assets. In addition, leverage may be used by businesses to fund their assets.

In other words, businesses can utilize debt financing to invest in business operations to improve shareholder value rather than issuing shares to raise money.

There are several methods for investors to use leverage indirectly if they don't feel comfortable employing it directly. They can invest in businesses that regularly utilize leverage to finance or grow their operations without increasing their expenditure.

One of several financial metrics, a leverage ratio, examines the amount of money borrowed or evaluates a company's capacity to pay its debts.

The leverage ratio category is crucial as firms utilize a combination of equity and debt to fund their operations.

Knowing how much debt a company has may help determine if it can make its loan payments on time. Following is a discussion of leverage ratio factors and concerns.

Leverage ratios can refer to several ratios, but the key ones considered are debt, equity, assets, and interest costs.

Estimating changes in output would impact operating profits. Therefore, a company's mix of operating costs may also be measured using a leverage ratio.

The two forms of operational expenses are fixed and variable costs; the balance will vary based on the business and the industry.

Furthermore, customer debt, a term employed in economic research and by policymakers, describes the amount of consumer debt to disposable income.

Leverage ratio rules in banking are sophisticated. Although these limitations change based on the bank's rating, the Federal Reserve established standards for bank-holding corporations.

One issue with focusing on a company's overall debt obligations is that you learn nothing about its ability to pay off its debts.

The interest coverage ratio is specifically intended to address this issue.

The debt-to-capitalization ratio, which gauges a company's financial leverage, is a metric that assesses the amount of debt in its capital structure.

What constitutes a favorable financial leverage ratio may vary depending on the investor and the firm. Some financiers seek to carry as little debt as possible because they are risk-averse.

Several investors view leverage as a chance and a way to get funds that can help them increase their earnings. A corporation generally chooses to take on additional debt instead of financing through shareholders if its debt-to-equity ratio is larger than one.

Although this isn't always a bad thing, the corporation may be in more danger due to rigid financial requirements. In addition, borrowing expenses might increase if the business decides to borrow again.

However, because fewer shareholders exist, the owners can keep more profit as their position is undiluted.

The ability of the business to pay interest is demonstrated by the interest coverage ratio, which is calculated by dividing operational revenue by interest expenditures.

Although this varies from sector to industry, generally speaking, a ratio of 3.0 or greater is preferred.

Several circumstances can result in leverage, including options and futures contracts. These are essentially wagers between parties where the principle is implicitly borrowed or lent at interest rates equivalent to concise treasury bills. 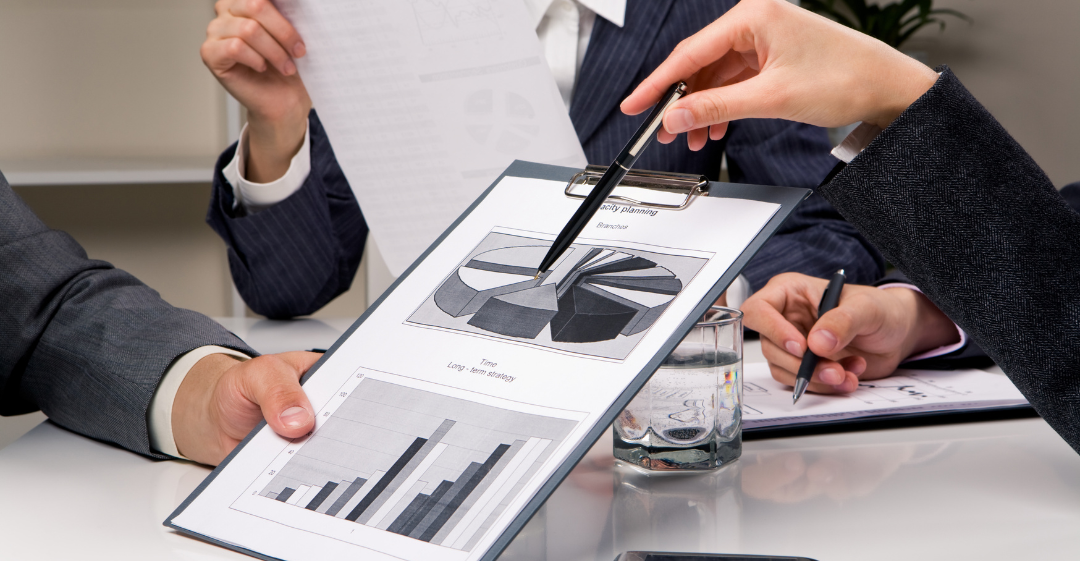 Business equity owners can increase the return on their investment by arranging for a part of the business's required finance to be borrowed.

Businesses leverage their operations by using fixed cost inputs when revenues are expected to be variable because the amount of debt a company takes on reduces the amount of equity it needs to support its operations.

As a result, profits or losses are proportionally larger because they are distributed over a smaller base. As a result, operating profit will rise more rapidly with a rise in revenue.

By funding a component of their portfolios with the cash received from the short sale of other holdings, hedge funds can increase the value of their assets.

Leverage may amplify losses and gains when the returns on the asset outweigh the borrowing expenses.While a less-leveraged organization could weather a slump in business, one that borrows excessive money could suffer insolvency or default.

If a stock loses 20%, an investor who purchased it on a 50% margin will lose 40% of their investment, and in this scenario, it's possible that the involved party won't be able to make up the enormous average loss.

The volatility in the value of the collateral assets may affect the risk. When the value of holding stocks drops, brokers could want more money.

Banks could decide not to renew mortgages when the real estate value falls below the debt principle.

Loans may be called in, even if cash flows and earnings are enough to support the ongoing cost of borrowing. This may occur right when there aren't many buyers on the market, which will cause prices to drop due to others' sales.

Required the possibility of only short-term debt financing, which is immediately due for repayment even if the underlying asset value decrease is slight or temporary; this might quickly bring about devastation.

Negotiating leverage conditions, retaining unused borrowing capacity, and using only liquid assets that can be quickly converted to cash are ways to reduce risk.

If a business borrows money to modernize, extend its product range, or become global, the increased trading profit from the added diversity may outweigh the additional risk from leverage.

Or, if a shareholder uses a portion of their portfolio to leverage stock index futures with high risk and invests the remainder in a low-risk money-market fund, they may have the same volatility and anticipated return as a shareholder in an unhedged low-risk stock fund.

Therefore, while adding leverage to a particular asset always increases risk, it is not necessarily true that a leveraged business or investment is riskier than one that is not.

Quantitative restrictions on bank leverage were uncommon before the 1980s.

Most nations maintained a reserve requirement for banks, which required a portion of deposits to be retained in liquid form, often in the form of precious metals, government securities, or bank deposits. However, this does not restrict leverage.

The amount of assets supported in stock or equity-like securities is a capital requirement.

Even though people frequently mix these two up, they are contradictory:

Previously, regulators often imposed judgmental capital requirements, requiring a bank to be sufficiently funded, but these were not objective norms.

In the 1980s, national regulators began enforcing formal capital requirements, and by 1988, most big international banks were subject to the Basel I norm.

Basel I established minimum capital requirements for each of the five risk categories of assets. As a result, leverage in accounting is limited.

A bank must maintain 8% capital against an asset, corresponding to a 12.5:1 accounting leverage limit.

Although Basel I is recognized mainly as having improved bank risk management, it had two significant flaws.

It encouraged banks to choose the riskiest assets for each category and did not mandate capital for all off-balance sheet risks.

Basel II was developed beginning in the early 1990s, and it was implemented starting in 2005. Instead of accounting leverage, Basel II sought to restrict economic leverage.

Advanced banks were forced to calculate the risk of their positions and distribute capital appropriately.

Although in principle, this is considerably more logical, in practice, it is more prone to dishonest and opportunistic estimating inaccuracy.

Leverage limits were reportedly called to be reinstated due to several banks' subpar performance during the financial crisis of 2007–2009, albeit most people-if they understood the difference-meant accounting leverage limitations.

Nevertheless, in light of Basel I's shortcomings, a mix of accounting and notional leverage will probably be employed. The leverage restrictions will be applied in addition to, and not in place of, Basel II financial gearing limits.

How did Levfin Contribute to the 2008 Market Crisis?

As with many prior economic collapses, highly geared-financing contributed to the 2007–2008 financial crisis. 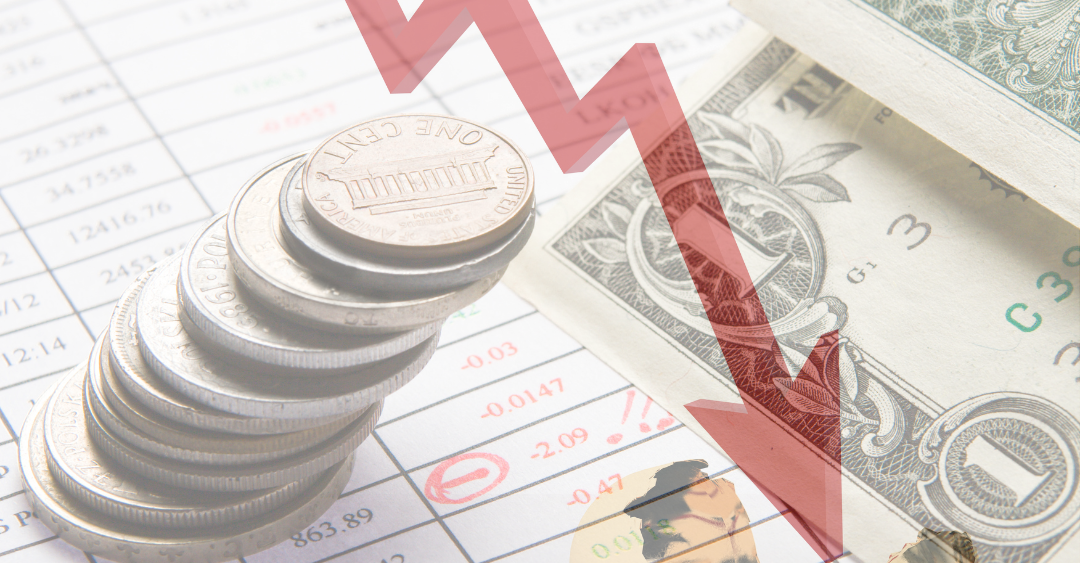 In terms of earnings and value of collateral assets, consumers in the United States and many other industrialized nations had significant debt.

Lenders could not recoup their principal by selling collateral as housing values dropped, debt interest rates increased, and businesses laid off workers because borrowers could no longer make loans.

There was a lot of leverage among financial institutions. For example, according to Lehman Brothers' most recent annual financial reports, the company had accounting leverage of 31.4 times $691 billion in assets, split by $22 billion in shareholder equity.

Proper accounting leverage was more significant since it had been misrepresented by questionable accounting practices, such as the so-called repo 105 that E&Y had permitted.

Due to off-balance sheet transactions, banks' notional leverage was more than double as significant.

Lehman had significant off-balance sheet exposures to unique purpose entities, structured investment vehicles, and conduits, as well as several lending commitments, legal fees, and conditional debts, at the end of 2007.

These assets were in addition to the listed above, totaling $738 billion at the time.

However, Lehman's balance sheet contained relatively low-risk assets such as regulatory deposits and closely matched trades, making up about half of its total assets. "Net leverage," which did not include these assets, was the company's main focus.

According to those figures, Lehman had a 16.1 percent "net leverage ratio" and $373 billion in "net assets."