It is defined as any of several scenarios in which the nominal value of some financial assets falls.

A financial crisis is defined as any of several scenarios in which the nominal value of some financial assets falls. Financial crises destroy paper wealth but do not always result in significant changes in the real economy. 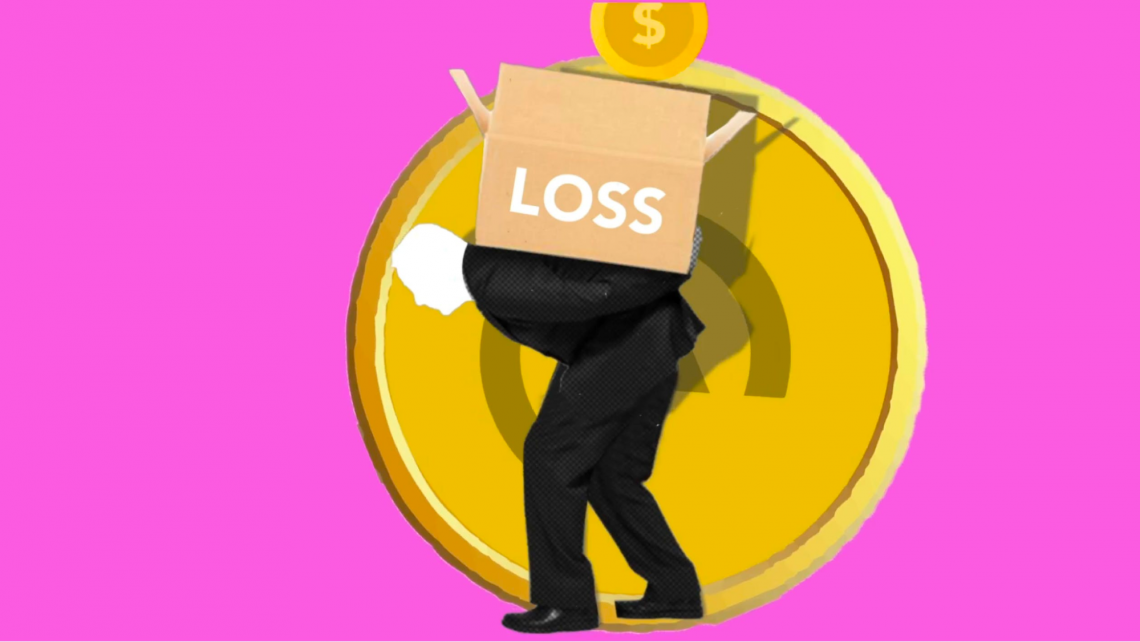 You may hear "Financial Crisis" often but never really have had the chance to learn it thoroughly.

What is the concept behind this term? How does it happen? How will it affect our daily life? What are the different types? Will we be able to predict it?

In this article, you will find the answers to those questions.

The crisis is usually associated with a recession, and society's outlook on the future deteriorates dramatically.

In this article, we will take a look at the different types of financial crises:

We will also talk about three significant Financial Crises:

A (systemic) banking crisis occurs when a large number of banks in a country face significant solvency or liquidity issues at the same time, either as a consequence of a common external shock or as a result of failure in a single/group of banks spreading to other systems of banks. 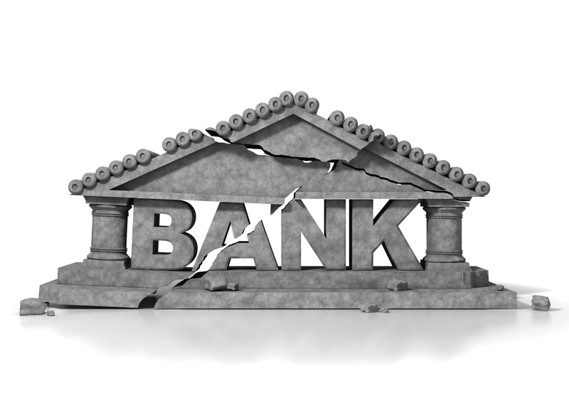 Banking systemic crises can be devastating. They frequently lead to significant recessions and sharp current account reversals in the economies they cover.

Some problems proved to be contagious, spreading quickly to countries with no apparent weaknesses.

This crisis happens when the country's corporate and financial sectors have many defaults. At the same time, financial institutions and corporations have difficulty fulfilling contracts on time.

As an outcome, non-performing loans soar, and nearly all of the financial system's capital is exhausted.

Depressed asset prices (such as equity and real estate values) following run-ups before the crisis, substantial increases in real interest rates, and a slowdown or reversal in capital flows may accompany the systemic crisis.

Currency crises are a sort of financial crisis frequently linked to a real economic downturn. 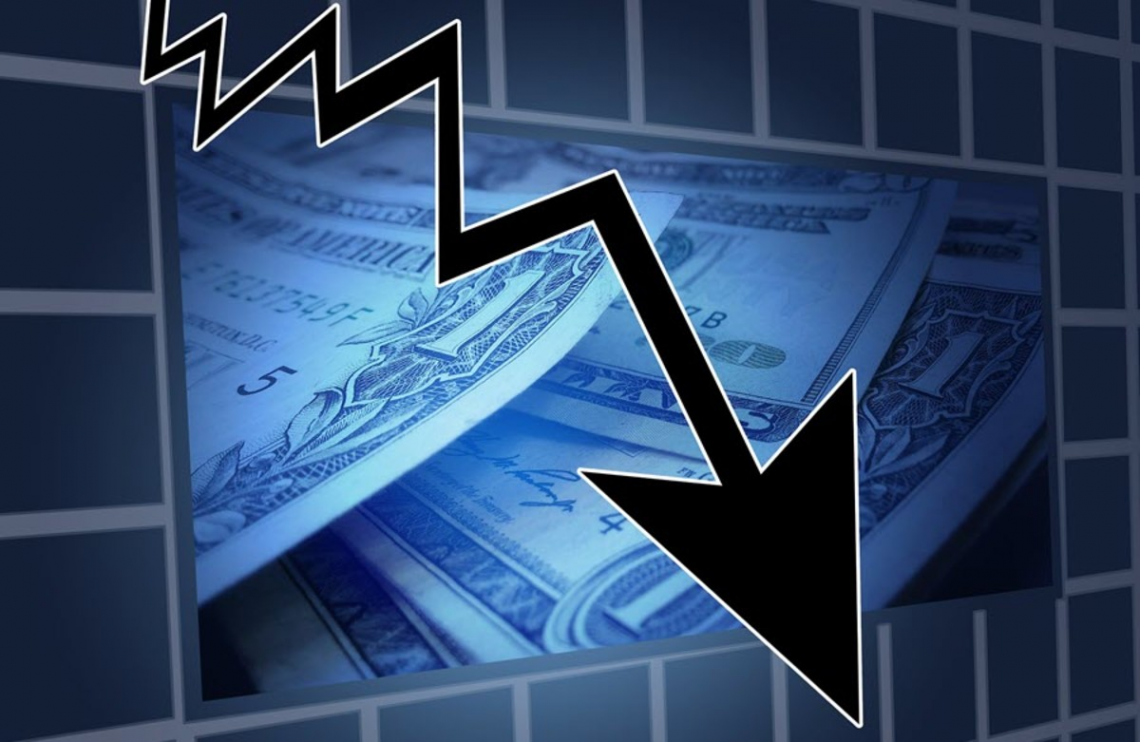 A currency crisis occurs when there are considerable doubts about whether a country's central bank has enough foreign exchange reserves to keep its fixed exchange rate. Speculative attacks on the foreign exchange market are common during times of crisis.

When a country is undergoing a banking or default crisis, the likelihood of a currency crisis, however, when an economy has robust GDP growth and high foreign exchange reserves, the probability reduces.

Currency crises can seriously damage small open economies or larger but less stable economies. As a result, governments frequently defend against such attacks by meeting excess demand for a particular currency with the country's currency reserves or foreign reserves.

A speculative bubble occurs when a big, continuous overvaluation of a particular asset or asset type. 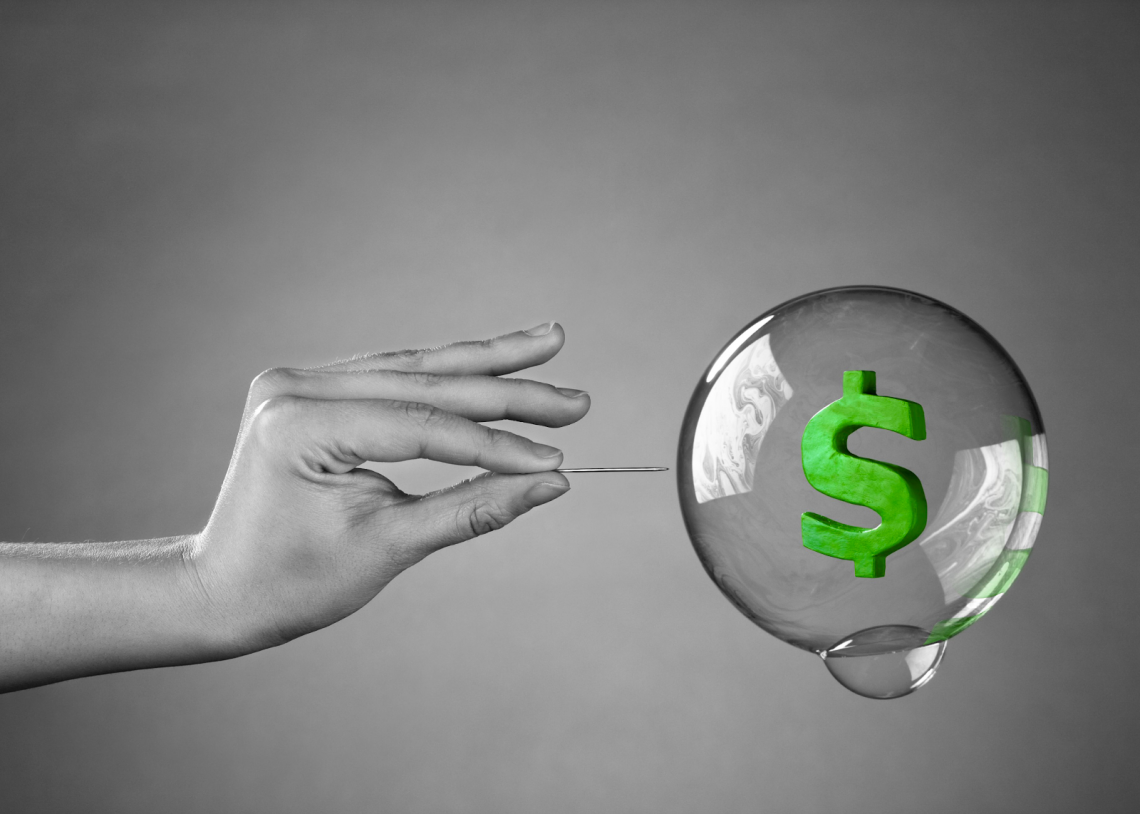 Typically, the speculative bubble happens when the market overestimates the asset's value. In this case, every investor is in a state of blind optimism and firmly believes that this asset's value will increase significantly in the future.

Therefore, buyers who purchase an asset only with the hope of reselling it later at a greater price, rather than estimating the income it will bring in the future, are one aspect that frequently contributes to a speculative bubble.

We all know that such a market ethos has hidden dangers. This is why the speculative bubble will disappear one day, and when that day does come, countless people will lose everything, and it will have a vast and long-term impact on the economy of the entire society.

Risk of asset price collapse: Participants in the market will continue to buy only as long as they expect others to buy. Therefore, when a large majority of individuals decide to sell, the price will decline.

It is tricky to predict whether an asset's price genuinely equals its fundamental value, making bubble detection challenging.

The Global Financial Crisis (GFC), also known as the "Subprime mortgage crisis," refers to the time between mid-2007 and early 2009; it was a period of unprecedented stress in global financial markets and banking systems. This crisis is often the most severe economic crisis since the Great Depression. 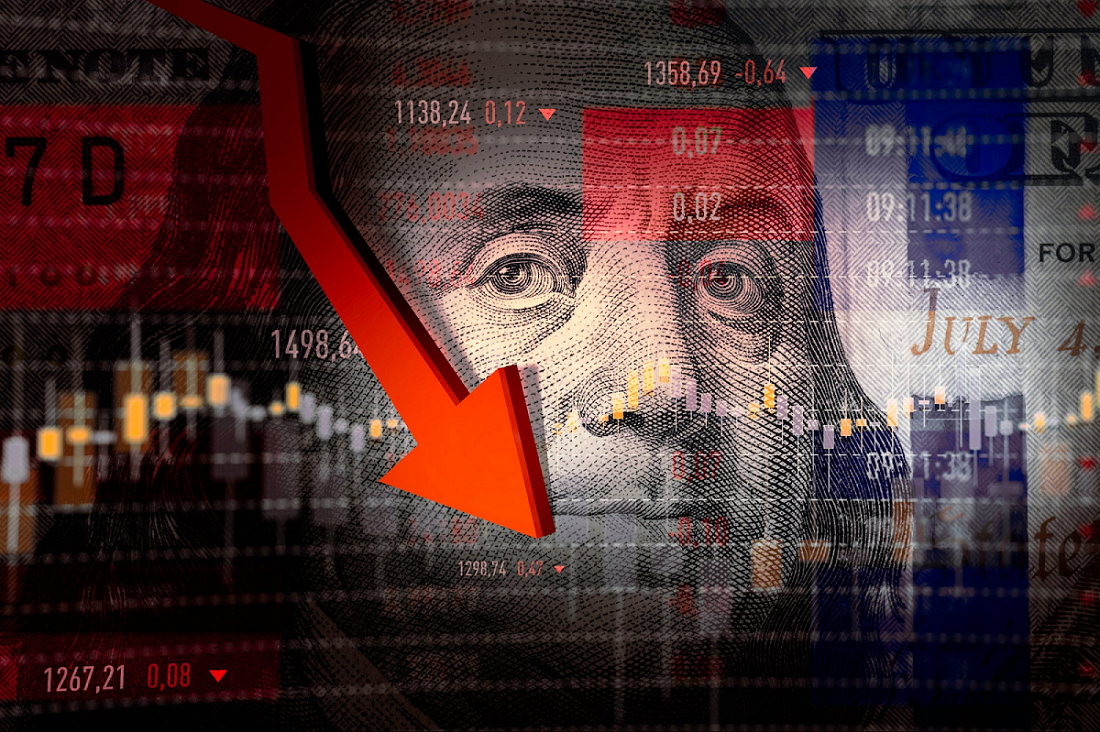 The crisis started with a slump in the U.S. housing market and served as a spark for the crisis that expanded from the U.S. to the rest of the globe via the global financial system.

Due to U.S. banks and financial institutions' excessive optimism about the real estate market, many people with substandard credit are issued loans.

At the same time, financial institutions and rating agencies packaged these subprime mortgages into financial products and sold them to unsuspecting investors.

Millions lost their jobs as the economy endured its most significant recessions since the Great Depression in the 1930s. Recovery from the crisis was also slower than in previous recessions that an economic crisis had not accompanied. 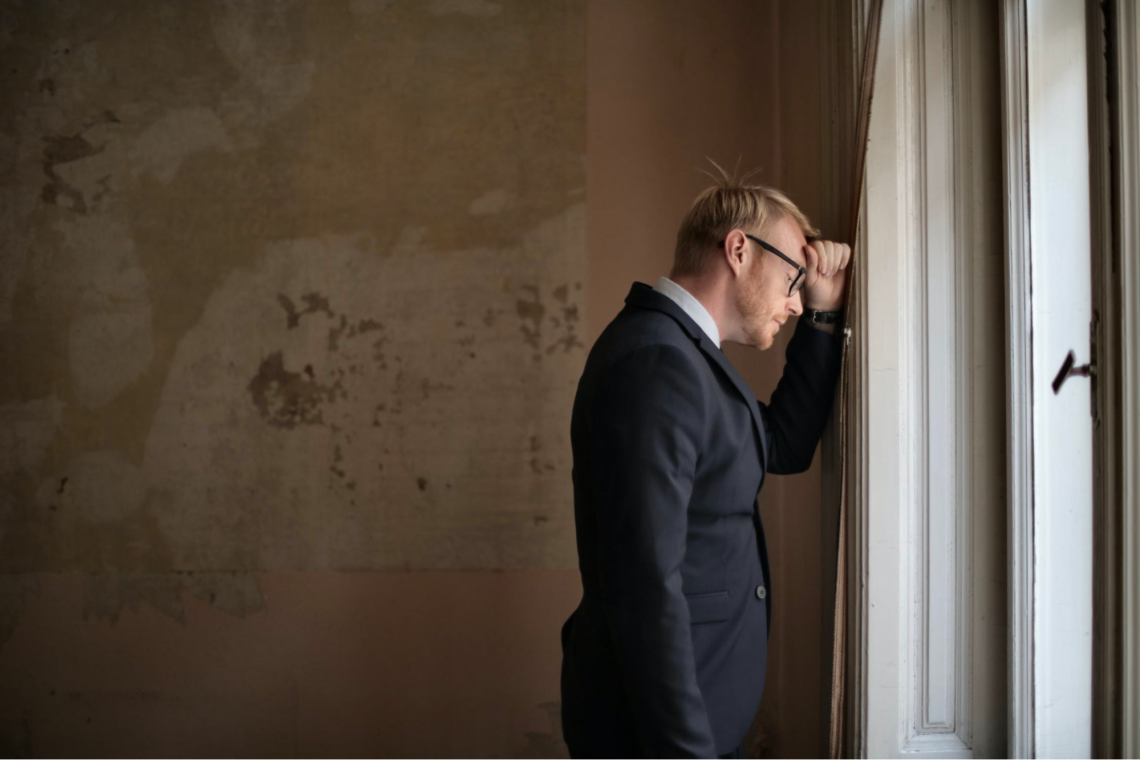 In this part, let's review major financial crises, including Black Monday in 1987, Asian Financial Crisis in 1997, and the 2007-2008 Global Housing Crisis (Subprime mortgage crisis). Each has different triggers, whether because of currency, political reasons, or people's future expectations.

Each crisis here deserves our attention, not only to understand the subject but also to learn from these tragedies to avoid financial crises from happening again.

Although the causes of these crimes differ, each severely affects everyone's life, leading to an increase in the unemployment rate, people losing hope for the future, and conservative investment decisions. 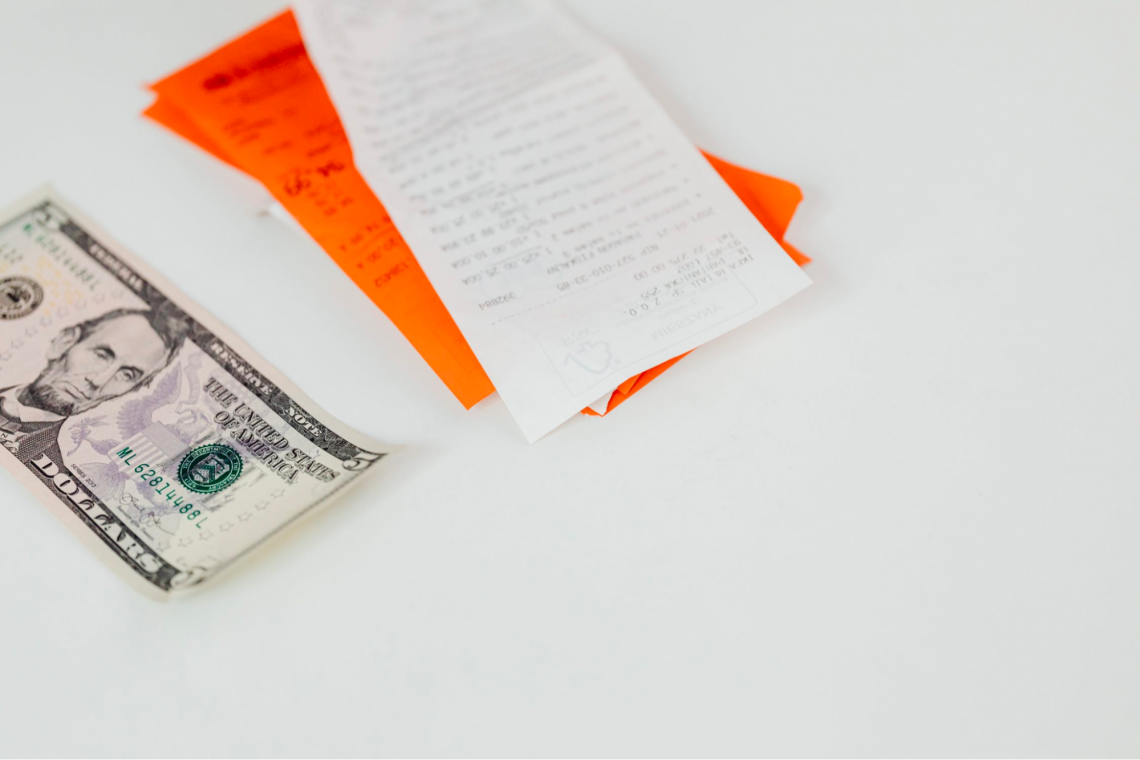 In October 1987, all the major world markets witnessed a significant drop. Eight markets fell by 20 to 29% in U.S. dollars, while three others fell by 30 to 39 percent (Malaysia, Mexico, and New Zealand). Hong Kong was affected the most, with a drop of 45.8%.

Nineteen of the twenty-three major industrial countries decreased by more than 20%. The total damage was expected to be US$1.71 trillion. Fears of prolonged economic instability, or possibly a repeat of the Great Depression, arose due to the severity of the crash.

The United States House Committee on Ways and Means filed a tax bill on Wednesday, October 17, 1987, to diminish the tax benefits of funding mergers and leveraged buyouts. 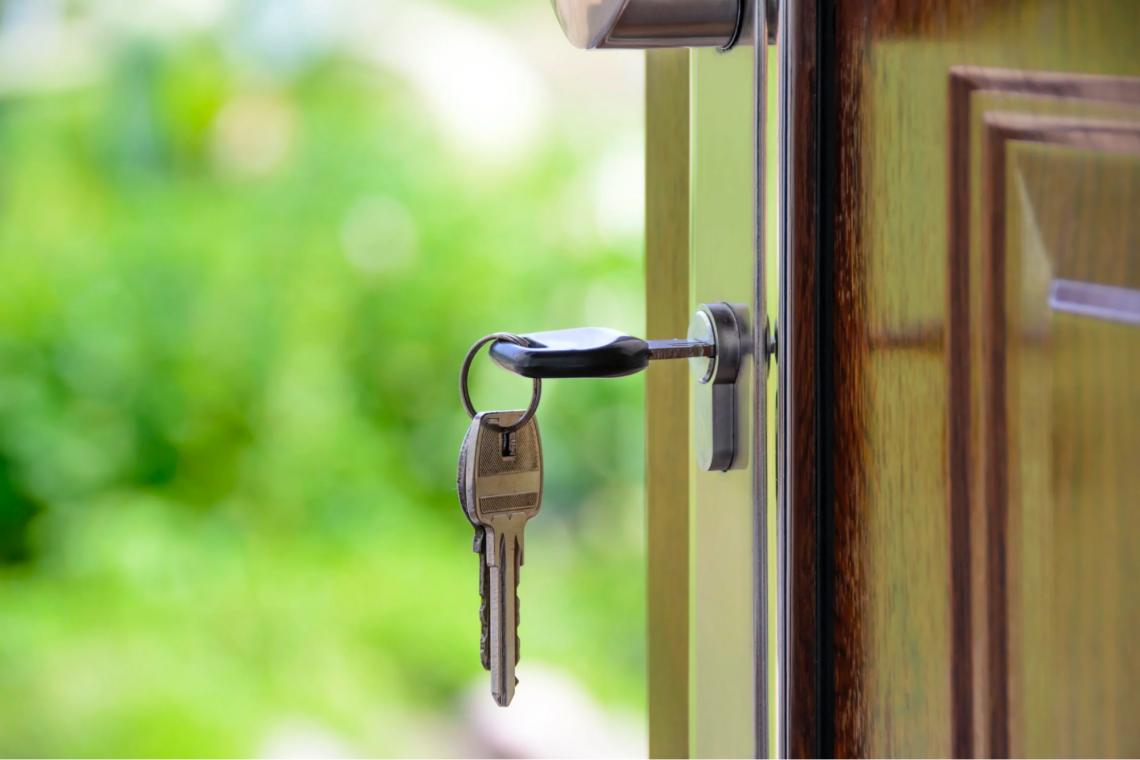 Is there any trigger?

Interestingly, before the Black Monday crisis happened, there was no change in the market fundamentals or global news events that influenced investors' behavior.

Some potential triggers include:

In July 1997, the Asian financial crisis swept most of East and Southeast Asia.

The financial collapse of the Thai baht started the crisis on July 2, after the Thai government was obliged to float the baht from a lack of foreign cash to support its currency peg to the U.S. dollar. 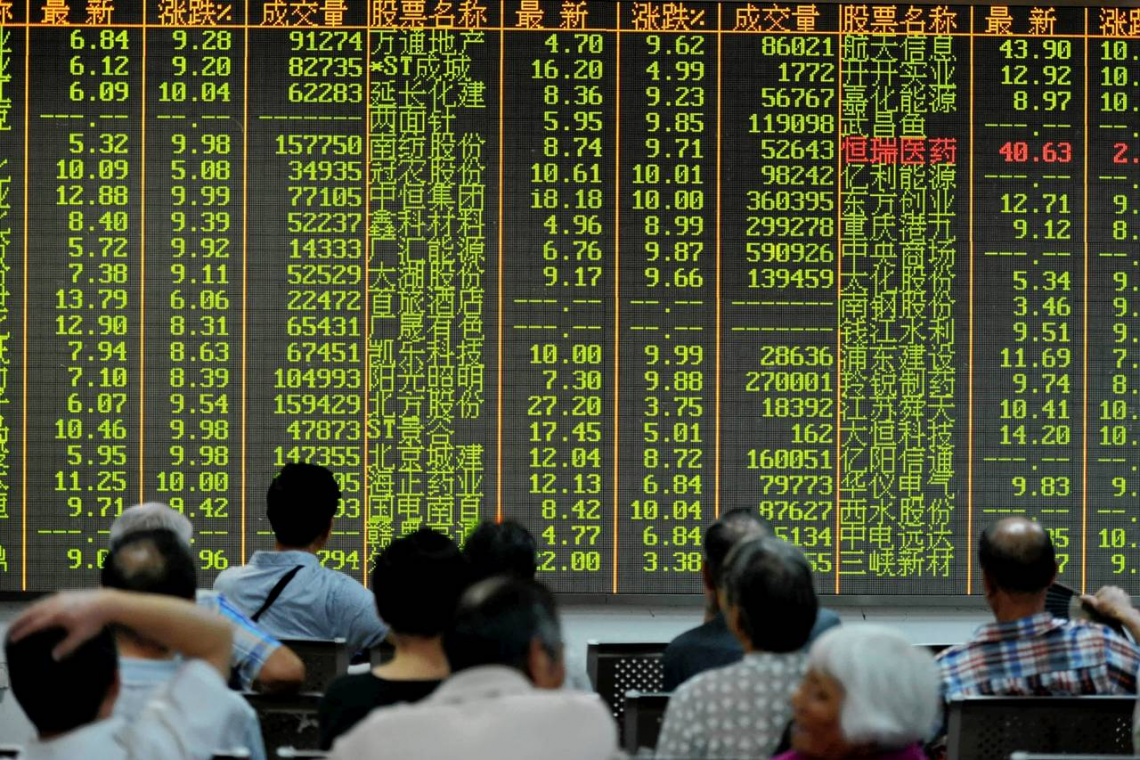 The capital flight immediately began, setting off an international chain reaction. Thailand had accumulated foreign debt at the time.

As the crisis spread, most of Southeast Asia, and later South Korea and Japan, saw stock markets and other asset prices plummet and a dramatic rise in private debt.

Thailand's economy grew into an economic bubble fuelled by hot money as one of Asia's largest economies. The bubble effect added complications of "crony capitalism," complicating matters. The cost of short-term capital flow was high, and it was frequently conditioned for a quick profit.

A series of exogenous shocks transformed the economic landscape in the mid-1990s. The Plaza Accord of 1985 devalued the Chinese yuan and the Japanese yen while the United States raised interest rates.

The action resulted in a strong U.S. dollar, and a rapid drop in semiconductor prices restricted their expansion. In addition, the Federal Reserve Bank of the United States began raising interest rates as the economy recovered from a recession. 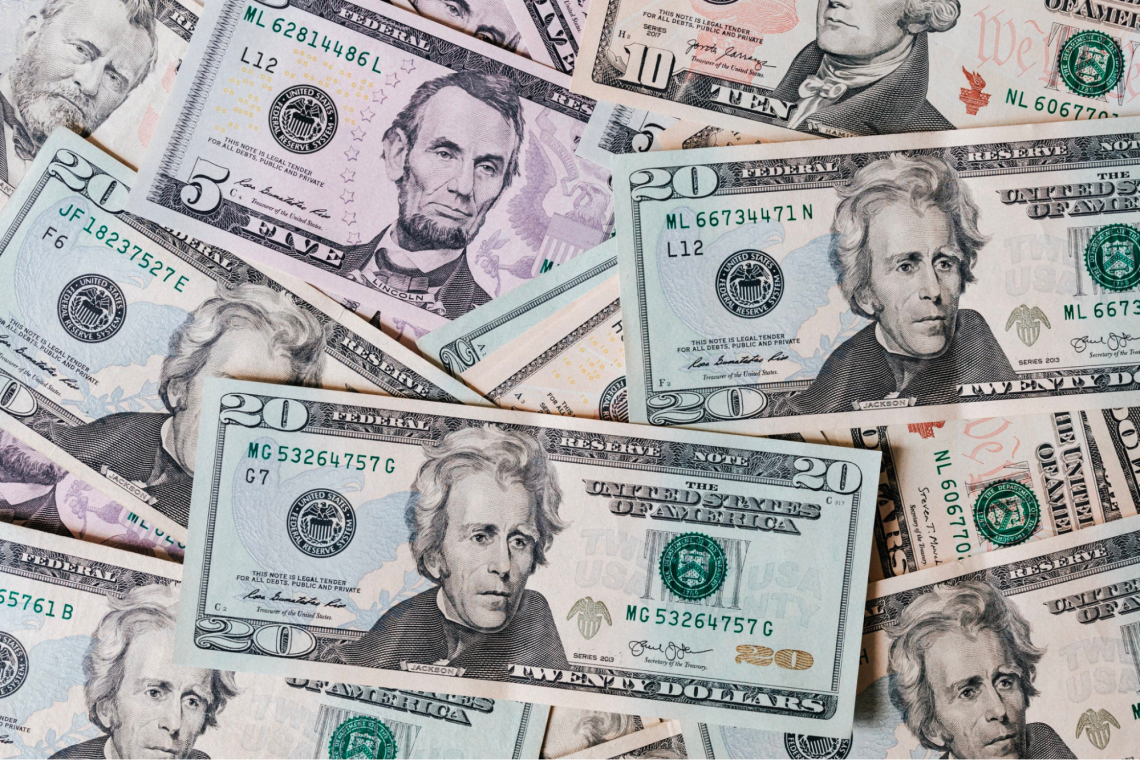 This made the United States a more appealing investment destination than Southeast Asia, attracting hot money flows due to high short-term interest rates, and the dollar's value rose.

The higher U.S. dollar made exports more expensive and less competitive in global markets for Southeast Asian countries whose currencies were tied to the U.S. dollar. As a result, in the spring of 1996, Southeast Asia's export growth slowed considerably.

Many economists argue that the Asian Financial crisis was caused by regulations that altered incentives within the lender-borrower relationship.

The massive amounts of credit that became accessible created a highly leveraged economic environment, pushing asset prices to insane levels. As a result, asset prices began to fall, prompting individuals and corporations to fail on their debt obligations. 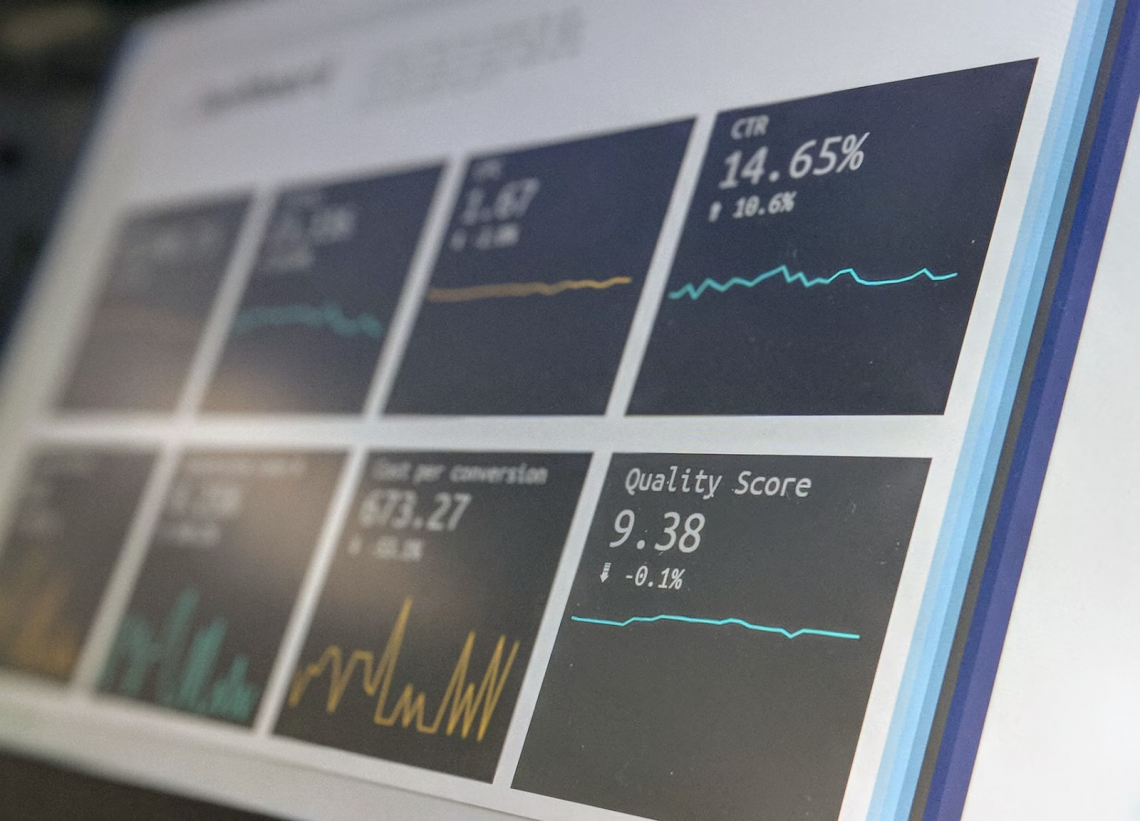 The value of mortgage-backed securities (MBS) tied to American real estate and a complex web of derivatives linked to those MBS collapsed.

Tragically, the crisis not only severely stagnated the U.S. economy for several years but caused serious implications to the global economy. As a simple example, low-grade MBS and other bonds were packaged into financial products and sold to many unwitting investors in Canada. As a result, Canada's economy was also threatened.

Financial institutions worldwide were severely harmed, culminating in the collapse of Lehman Brothers on September 15, 2008, and an international banking crisis.

A few of the main factors are:

Economic circumstances in the United States and other countries were favorable in the years leading up to the GFC. Economic growth was consistently strong: the inflation, employment, and interest rates were low. Thus, house prices soared in this environment. 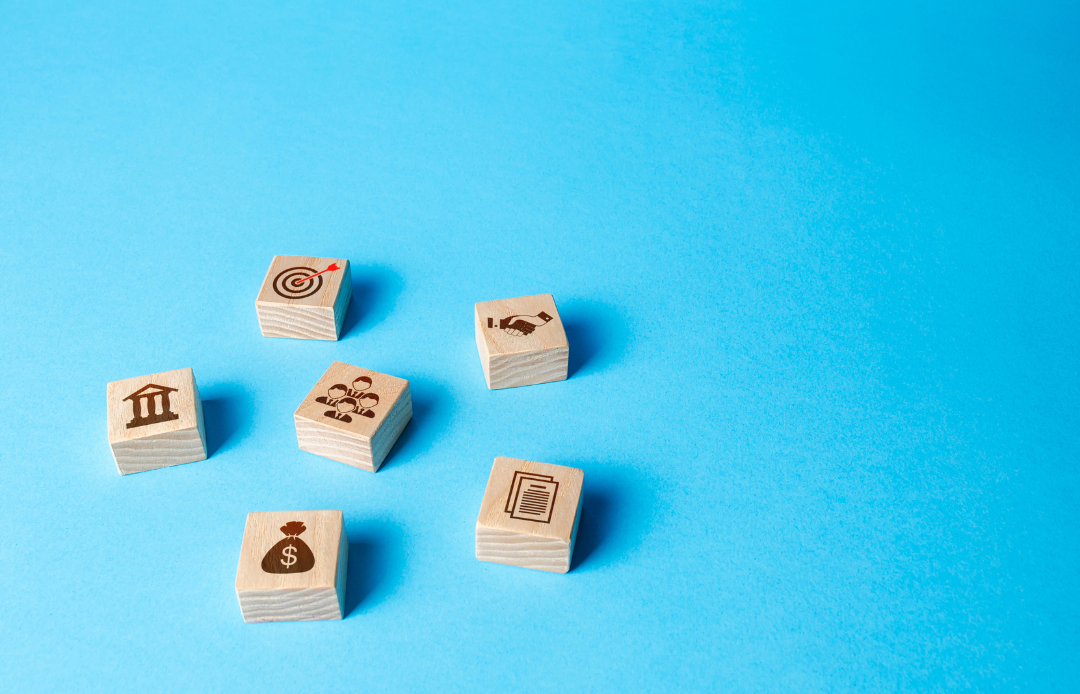 People's optimistic predictions for future housing markets cause American consumers to borrow excessively to buy and build homes. Many mortgage loans were for amounts near to (or even exceeded) the cost of a property. Subprime borrowers and investors seeking short-term returns from 'flipping' properties accounted for a major portion of such dangerous borrowing.

But why do Banks and Lenders accept the loans?

Banks and investors borrowed money in increasing amounts to extend their lending and buy MBS products. 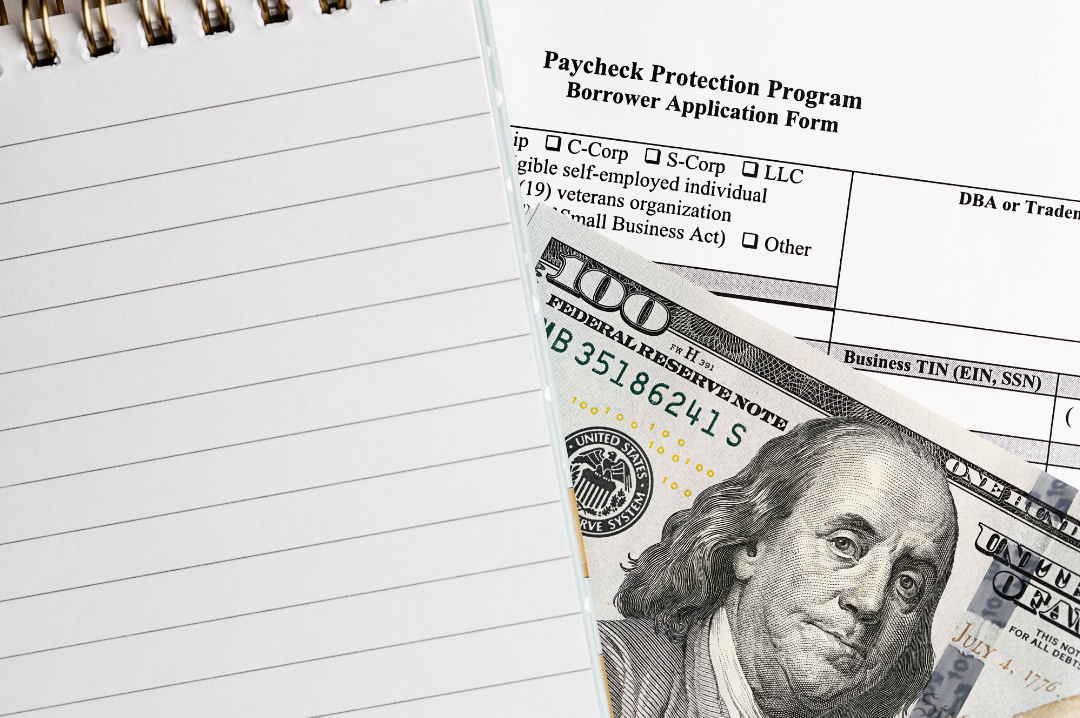 Borrowing money to buy an asset increases leverage, which increases both possible gains and potential losses. This means that as long as housing prices fell, investors suffered significant losses due to excessive borrowing.

Subprime lending and MBS products were regulated too loosely.

Institutions that made and sold the complicated and opaque MBS to investors were not adequately regulated.