It is a currency exchange rate that follows a system wherein the demand and supply condition of the global foreign exchange determines the currency price at which it will be traded. 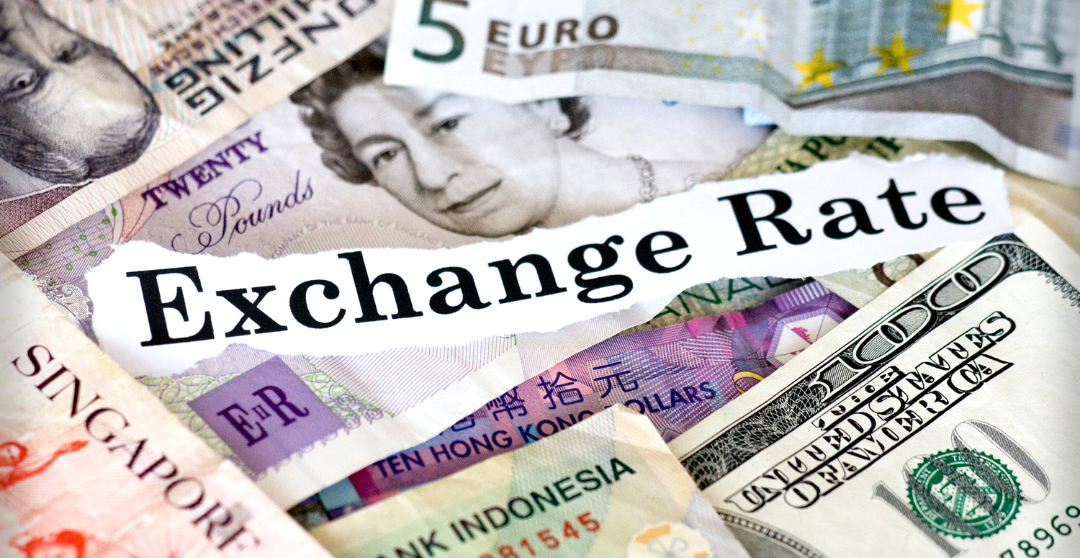 Each of these rates uses a different evaluation method and possesses varying levels of government involvement in determining the currency value.

In a floating exchange system, the government is not involved in the process. Instead, market conditions solely affect how much a given currency increases or decreases in value compared to others.

An exchange rate is a price at which an individual can purchase another nation's currency in the global financial market. One of the major reasons why the foreign currency exchange market is required is trade. 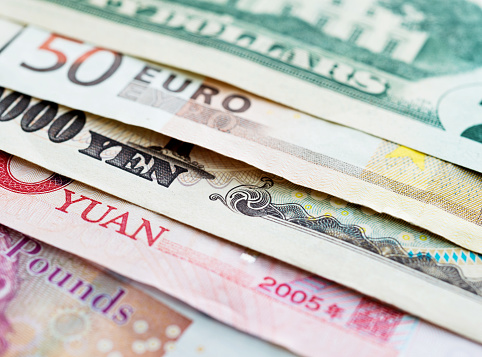 Countries often need goods and services they cannot produce entirely by themselves, forcing them to seek to import them from another country willing to trade in exchange for currency.

The import-seeking nation must first buy the exporting country's currency at a price determined by the exchange rate and then import the goods and services.

Countries that host significant exports are said to have a high demand for their currency since many countries will be willing to buy their currency in exchange for imported goods.

How do Floating Exchange Rates Operate?

As mentioned earlier, they work on the principle of equilibrium between market demand and supply for foreign currencies. This balance can be demonstrated on a demand-supply curve as shown below: 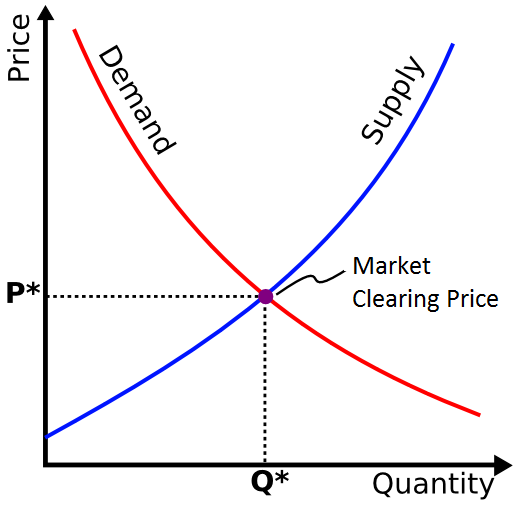 When many countries are willing to import goods and services from a given country, higher demand for the exporting country's currency rises.

Appreciation of the exchange rate makes imports costlier as foreign countries have to pay more to get the same amount as the target currency.

Few people want to buy its currency when a country's export demand decreases. 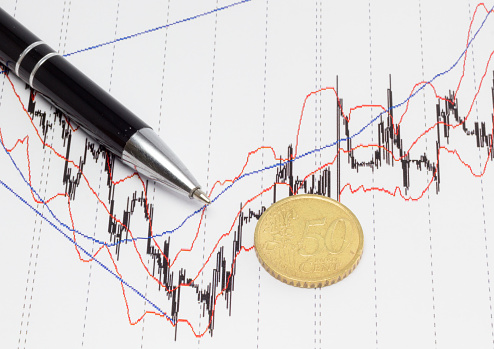 A DECREASE in demand leads to the DEPRECIATION of the exchange rate. Depreciation makes imports cheaper as less money has to be paid in exchange for foreign currency.

Floating exchange rates rely on the overall market sentiment since that determines the extent to which imports from a given country are demanded.

Prevailing uncertainty regarding the target country's government or economy will lead to a fall in demand, thereby depreciating the currency.

It can be understood that whatever the exchange rate is, that is only due to operative market conditions and not due to the influence of central banks or governments.

Numerous countries use the floating exchange rate system to assign a value to their respective currencies.

Most exchange rate systems, apart from the purely fixed one, include some degree of involvement from the government to ensure the currency remains at a value that promotes international trade to boost the national economy. 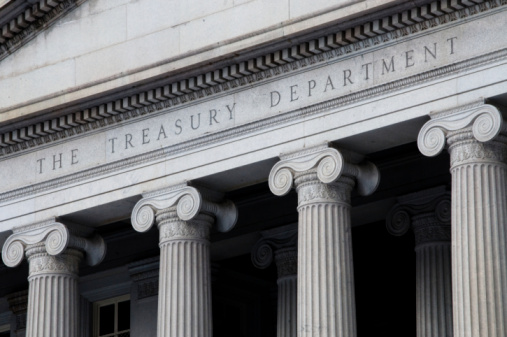 Governments often indirectly control their country's exchange rate by altering key policies. An example of such a policy is the interest rate prescribed in the monetary policy.

The interest rate dictated by the central bank is the interest it charges to other banks in the country as the cost of lending. The magnitude of spending depends significantly on this rate as numerous investments include a debt component, either on the buy- or sell-side.

This increase in money supply is linked with anticipatory inflationary pressure that hits the demand for the currency among foreign investors, leading to a depreciation in the currency. The converse is true for an increase in interest rates.

The printing of additional money by the Treasury Department of a country also impacts the rate as it affects the available money supply. 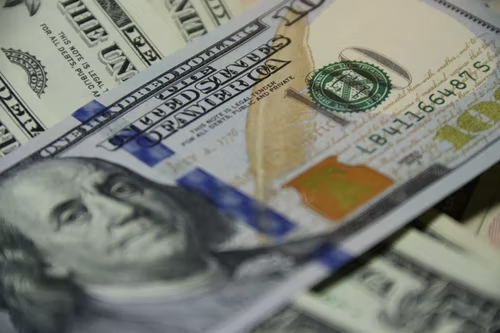 The Treasury may increase supply after borrowing money from other countries. This would increase the national debt. Both an increase in money supply and national debt weaken the currency.

Expansionary fiscal policy, dictated by tax cuts, transfers, and increased government spending, is strongly linked with currency rates as it impacts the perception of a given economy in the global market.

Increased government spending on developing infrastructure, transport, etc., is seen as a positive point that may attract foreign investors, leading to an appreciation of the currency.

Why do countries adopt a specific type of exchange rate over others?

An exchange rate is one of the first parameters that affect a given country's trade. Any exchange between two countries requires them to exchange each other's currency.

Setting the exchange rate to an optimal level is of utmost importance if countries want to maintain a good volume of imports and exports since any major discrepancy will make them a less desirable trade partner, driving down demand and further depreciating their currency. 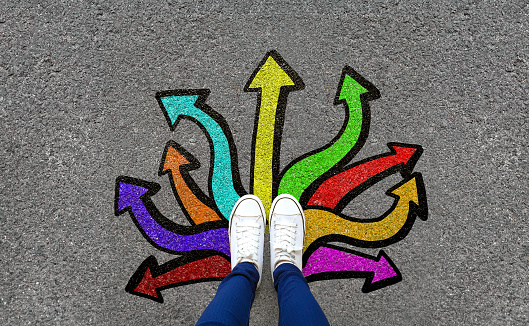 The economic situation and current monetary policy in a country are key factors in which type of exchange rate system is used. Therefore, it is in the interest of a country to have its exchange rate at an advantageous value when it comes to international trade.

The rate must complement the vision of the government's policies so that it fosters economic growth and well-being.

In general, fixed exchange rate systems work best for countries witnessing turmoil due to an inefficient monetary policy. This is because a fixed rate encourages foreign investors to park their funds in that country.

Floating exchange rates are ideal for countries with an effective monetary policy and a government that does not want to hold the responsibility of constantly monitoring and adjusting the exchange rate. 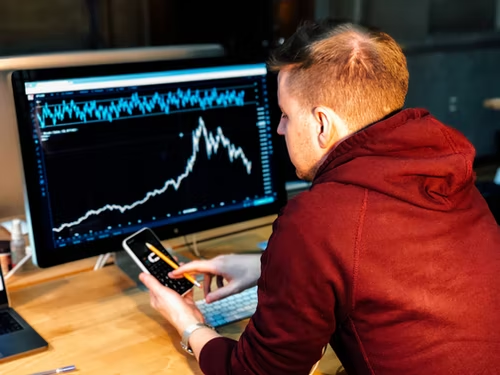 Countries that use floating rates often use 'managed float rates,' which involve some government intervention in the exchange rate. However, demand- and supply-driven methods result in high volatility with occasional large ups and downs.

Authorities will try to smoothen these large fluctuations by buying and selling foreign currency assets. This system is suitable for situations where the rate remains unfavorable for economic growth for an extended period.

1. The market corrects itself: It ensures a self-regulating market as any alterations are fixed by the market. For instance, a rapid fall in the exchange rate would lead to cheaper imports for other countries.

Considering low import costs, an increasing number of countries will be keen to import, increasing demand, which will appreciate the currency's value over time.

2. Governments do not have to operate intensive facilities to continuously monitor and if need be, alter the exchange rates: Given that markets regulate exchange rates, governments and central banks need not have additional measures in place to influence them.

If a government decides to regulate exchange rates by itself, it must have large forex reserves, which can be challenging to maintain while fostering steady international trade for economic growth.

3. Insulates economies from immediate threats from the global market: The economy is shielded from immediate impacts due to rapid changes in the global financial system, as the variations in the exchange rate will often correct themselves.

4. Mitigates unbalanced payments: In the event of a disparity in the balance of payments, such as a deficit, the exchange rate would fall, making exports from the country cheaper. Cheap exports drive demand, which appreciates the currency, saving it from a major fall following a fiscal deficit.

5. Protects an economy from inflation elsewhere: High inflation levels in an exporting country would lead to other countries importing those high prices in the case of a fixed exchange rate. In a free-floating system, high import costs would pull demand further down, depreciating the currency and shielding the importing country's economy from imported inflation.

A few of the demerits are:

1. Uncertainty in long-term trade deals: Exchange rates in a free-floating system can change by the minute with fluctuations in demand and supply worldwide, leaving the rate vulnerable to extreme volatility.

Long-term trade deals between countries have to account for these variations when making the deal to ensure their profit margins are secured. 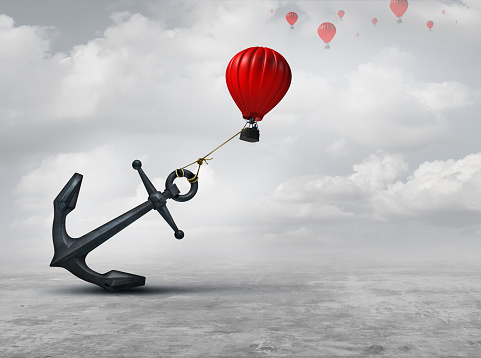 2. Rates are open to speculative alteration: The market sentiment plays a critical role in determining the value of one currency concerning another in a free-floating regime.

Single potent speculation that demerits a given country has the potential to slash the demand for its currency in an instant, depreciating its exchange rate.

Imports and exports are, therefore, vital to fostering growth. If the exchange rate remains unfavorable for a long enough period, it could start to hurt the economic development of a country. In such a case, the government does intervene.

4. May worsen pre-existing economic issues: Economies have issues like inflation, unemployment, and poverty. A currency depreciating with market conditions may worsen these pre-existing conditions, especially inflation.

Are other exchange rate methods used?

Many countries use the free-floating exchange rate to assign a globally accepted value to their currency. However, in the past, these rate systems were less common.

Countries typically connected the value of their currency to gold since that was the only substance with properties similar to present-day 'money.' 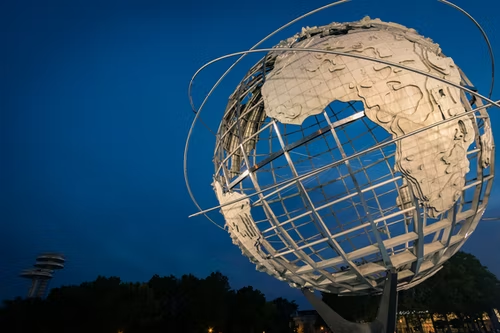 Currency value was also pegged to the currencies of other nations or a basket of currencies, whichever the government believed was suitable for the time.

Examples include Central African countries like Niger, Senegal, Mali and other nations like Qatar, Oman, and Saudi Arabia.

In addition, currencies can be 'loosely fixed,' meaning the currency value is mainly fixed to a government-decided currency basket. Still, the currency can vary between the limits.

The exchange rate, therefore, varies within a band. The Chinese Yuan operates using this exchange rate method. Its value is pegged to currencies, including the US Dollar.

Here we see examples of countries that use the fixed exchange rate regime.

The following countries use the 'loosely fixed' exchange rate system: