It is the cross-border investment and influence from one nation to another organization present in the foreign country with long-term interest.

Foreign Direct Investment, also known as FDI, is the cross-border investment and influence from one nation to another organization present in the foreign country with long-term interest. 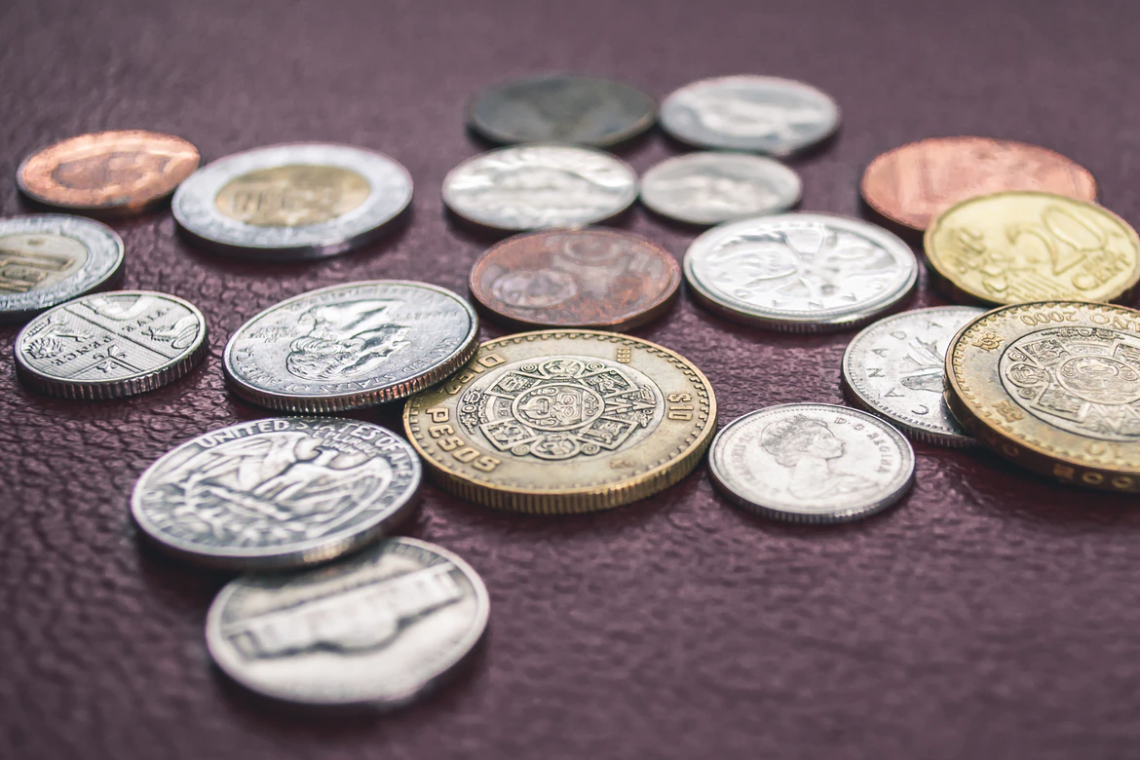 Globalization has accelerated since the end of the 20th century; Foreign Direct Investment has been one key factor that has increased as a result of globalization. MNCs and corporations optimize it to exploit differences in costs of production among nations.

10% of voting power by a direct investor carrying ownership should be sustained. The IMF advises it as an ideal percentage expression between Foreign Direct Investment and a shareholding portfolio investment.

The decision to set up depends on several factors, including domestic regulations, government restrictions, and political agendas.

It is important in economic cooperation as it generates stability and long-term connections between integrated economies.

It is a key mode for technological transfer between nations; it enhances international trade through trade liberalization and promotes economic development.

FDI aims to seek a lasting interest from a local firm in one country that is a resident in a direct investment enterprise. The key factor is an ongoing interest that evaluates a long-term relationship between both parties.

Control is crucial in FDI as it indicates the proper intention to influence and impact a foreign organization's investment operations.

There are two main types: These include Horizontal and Vertical FDI.

Horizontal is when an organization expands its domestic functions and enters a foreign nation. However, all business activities are done the same in a foreign country.

The alternate type is Vertical, where an organization expands into a foreign nation by shifting its business activities into a value chain that is still related to the core business.

Horizontal is a foreign direct investment scheme that occurs between industrialized nations to prevent trade barriers, capitalize on technical excellence, and improve access to the domestic economy. 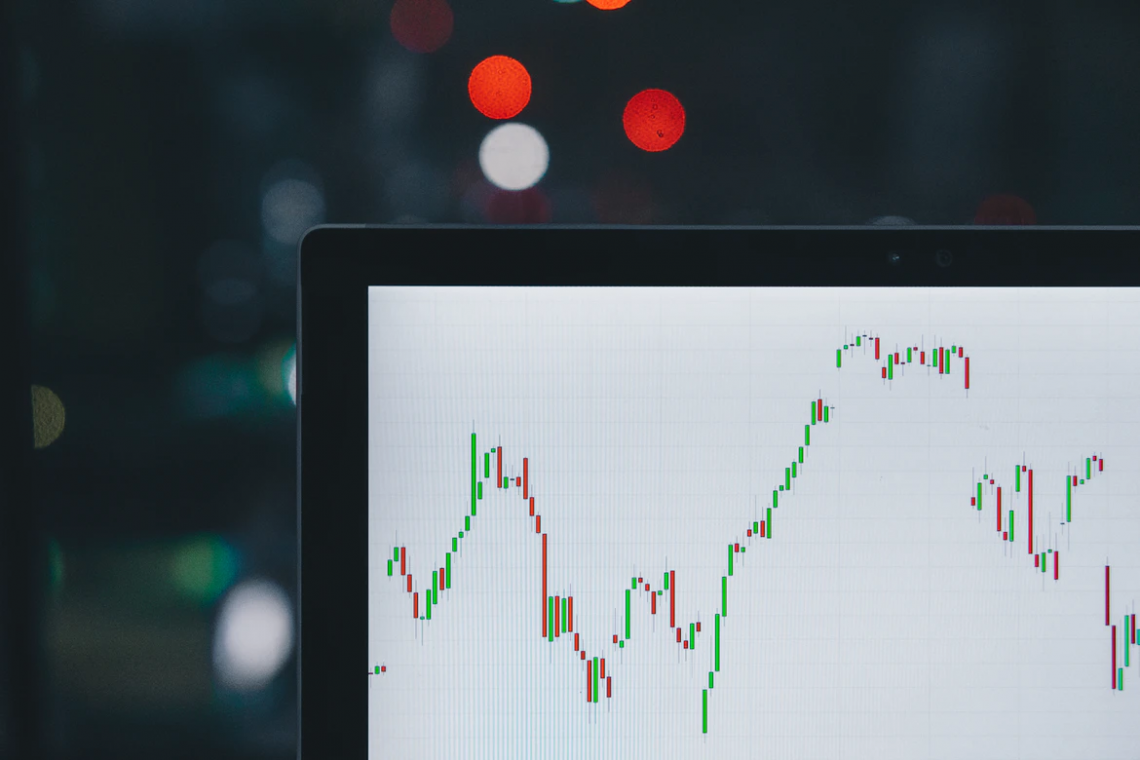 Vertical is when an industrialized nation reduces costs by relocating a production process to a country with low wages.

The majority of FDI is horizontal as opposed to vertical. Most of it is attracted to large competitive markets rather than lower prices and cost cuts. Horizontal focus on catering to the foreign host market, but vertical is subject to the domestic one.

Vertical involves both foreign direct investment and exports. It also highlights cost-cutting and saving to achieve economies of scale. As such, there are smaller price changes. Vertical is also given the name of international outsourcing.

Horizontal focus on mitigating trade costs and the domestic country is considered much larger than the foreign country.

In addition, some greenfields and brownfields are applied to international organizations. Greenfield occurs when a large company enters emerging markets to construct new plants and factories. 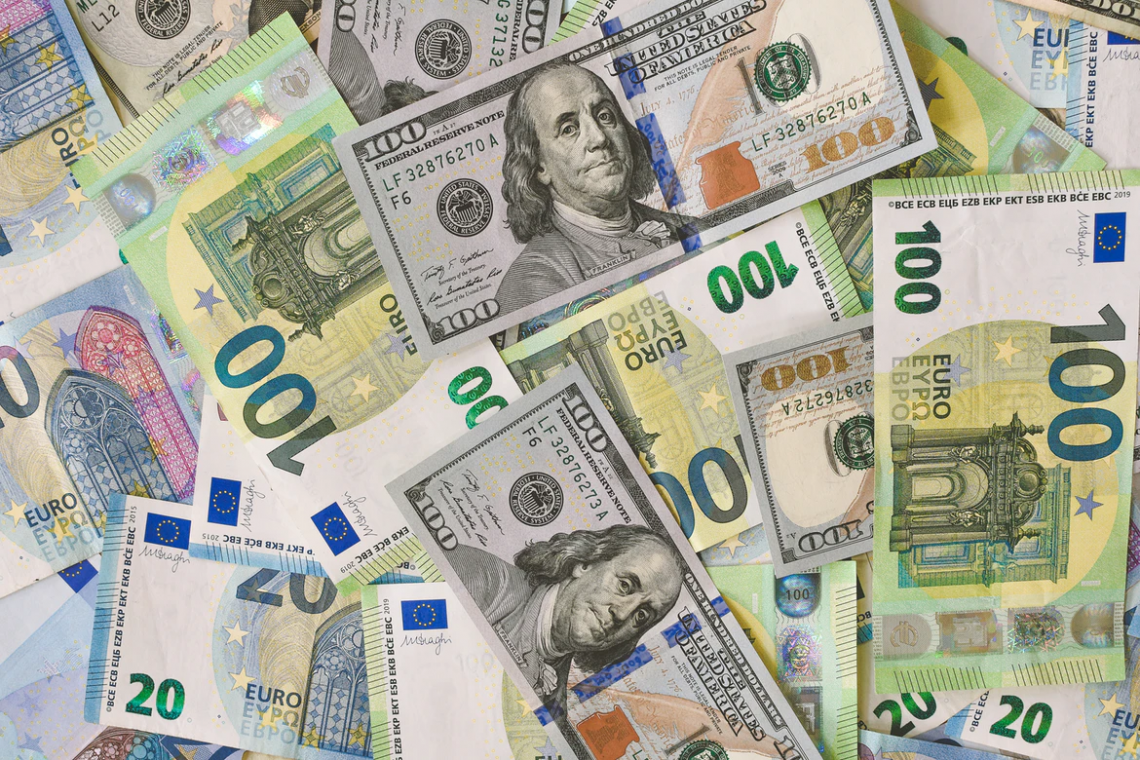 No previous capital is used and it is designed from scratch. The organization also employs workers in the host country to stimulate job creation. In addition, organizations are offered subsidies by countries to install greenfield investments in their setup.

On the contrary, brownfields are when an organization buys a current production facility to generate a new activity for production. It is fast to implement and less costly than greenfield investment.

However, cultural differences may exist, the equipment could be outdated, and current employees could be made redundant.

Several government entities promote foreign direct investment in their nations to stimulate job creation, expand know-how and labor skills, and improve economic growth. In addition, governments look for ways to expand their economies and attract capital and R&D to their countries.

There are multiple ways in which governments encourage FDI. The first method uses financial incentives such as loans, tax cuts, and insurance schemes to foster an organization's foreign investments.

Governments also invest in education by improving workforce skills and knowledge as part of human capital development, this makes countries more attractive for a higher return on investment and value.

There are several advantages and disadvantages of FDI. The first advantage is economic growth.

It involves generating jobs and employment to attract FDI. 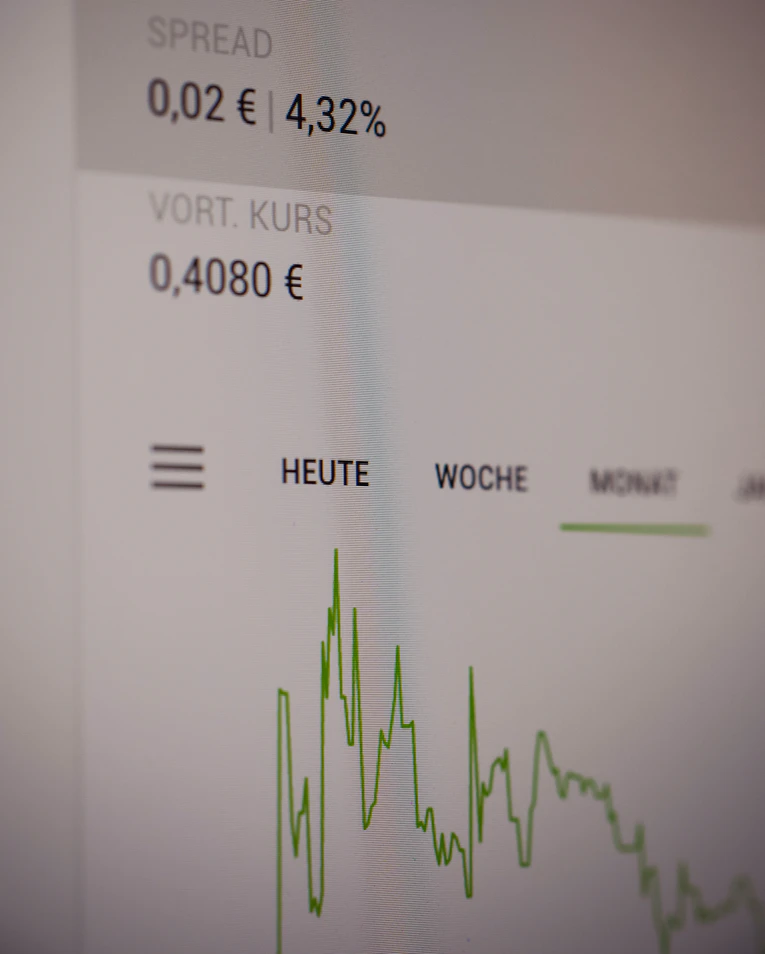 FDI improves manufacturing, and thus it decreases structural, frictional, and seasonal unemployment in a nation. In addition, due to more job creation, buying power is improved, leading to more economic productivity and growth.

Another advantage is human capital development. Human capital optimizes skills, knowledge, and competencies. Employees can achieve skills using training and experience to boost the combined skill of the domestic workforce.

Technology can improve a country's economic efficiency, performance, and productivity since advanced infrastructure and innovation can cut costs and boost investment in the domestic economy.

Exports can also be increased as a result of a positive net; thus, foreign direct investment is improved due to more attraction for investors for trade. Moreover, there will be a positive exchange rate impact as it will stabilize and balance the economy. 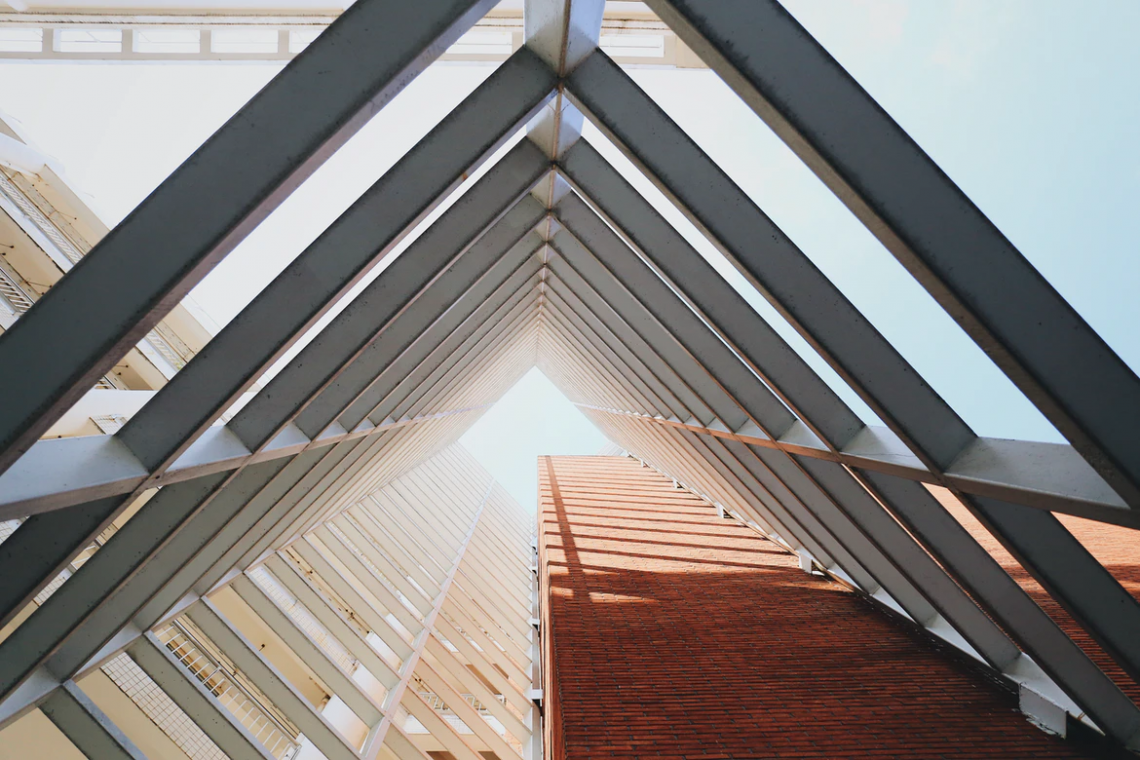 Lastly, it enhances competition within the market by creating a competitive environment where organizations continuously develop their value propositions and systems to support innovation.

On the other hand, it does pose some challenges. FDI can hinder a domestic market since domestic organizations begin seeking alternatives for investments instead of their local products.

It also poses political risks since each government has restrictions and regulations to protect domestic countries from takeovers and intense competition. Investment and trade are, therefore, negatively affected by political implications.

It can also harm the exchange rates, giving rise to inflation and reducing the buying power of consumers. This can also adversely threaten costs since investment in foreign countries is high and expensive.

As such, It has a significant role in the economic development of a country, but the disadvantages should not be overlooked.

COVID-19 was a driving force in the surge of FDI in 2020. It is reported that international FDI decreased by 35%, valued at $1 trillion, in 2020 from the previous year, 2019. The rapid shortfall highly impacted emerging market economies, reduced by 58%.

Emerging market economy FDI rates were versatile and fragile in Asia, and a reduction of 8%  was seen. Essentially, all elements were negatively impacted. There was a halt in M&A activity across borders, and flows of investments had declined by 50%.

Profitability within multinational organizations faltered by 36%, and the commercial and consumer goods industry was highly adversely impacted by COVID-19.

However, countries in the developing economy, such as China, benefitted from investment flow which increased by 6%. China sustained the pandemic's effects due to the resilience of its economy, trade liberalization, and efforts to maintain investments.

FDI was also improved in India as a result of M&A processes. 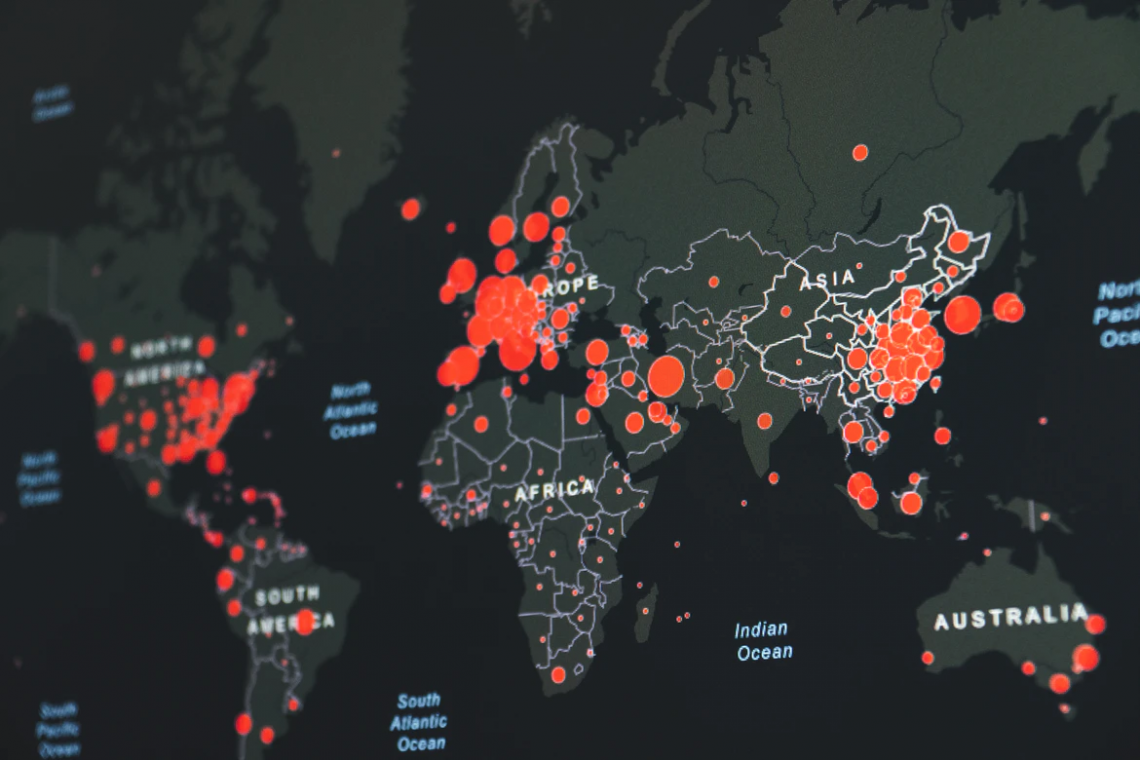 COVID-19 also negatively affected the weakened economies, and reduced investment flows within developing countries. As a result, the decline in FDI exceeded that of international trade and GDP.

In response to the pandemic, governments imposed lockdowns, and investment schemes were slowed. As a result, multinational organizations re-assessed newer investment projects with the expectation of a recession.

The pandemic created an important responsibility for an investment policy. As a result, in the year 2020, 42% of new measures for policies regarding foreign investment were increased in contrast to 2019.

New introductory regulations adopted by emerging market economies doubled as many nations implemented screening practices for FDI in response to COVID-19. As a result, the total number of protocols for liberalized investment in developing countries was fixed and stable.

The pandemic encouraged many nations to reevaluate their policies at a global and regional level to promote investment schemes in the health industry and develop plans for the resilience of the global economy after the pandemic is over.

The trend has gravitated towards restrictive measures and regulatory policies as the pandemic rose. Thus, 41% of these policy measures in 2020 were a part of all the new investment policy regulations. 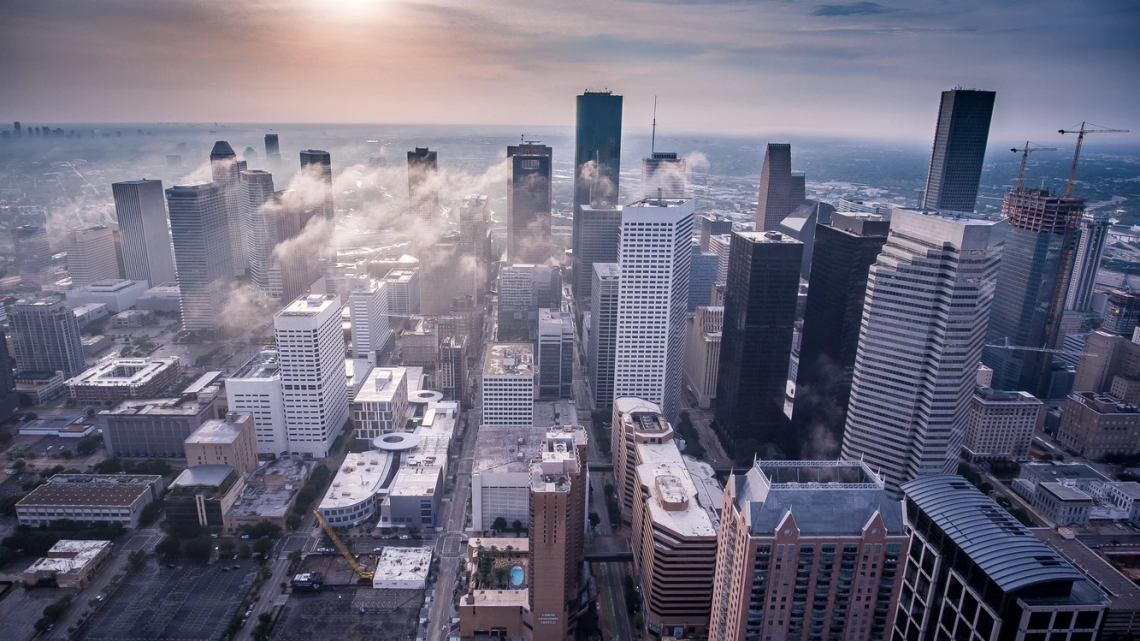 Emerging market economies and developing economies both strengthened their FDI mechanisms. The rise in the measures is not only feedback for the global pandemic but is simultaneously a continuation of policy trends.

The rapid decrease in the inflows resulting from the pandemic caused an increase in investment measures within developing economies in the year 2020, introduced by 27 countries.

Several policies have been modified and implemented to facilitate and preserve investment.

In addition, a diverse range of nations has taken the necessary measures to remove and mitigate administrative pressure for companies and decrease bureaucracy obstacles by accelerating the processes of production and rapid delivery of products during the pandemic.

The COVID-19 pandemic and the intervention of general governmental services have heightened the utility of online tools and e-platforms that allow necessary services to continue.

As another response to COVID-19, many nations have designed incentive schemes to quickly and rapidly develop vaccines in their aid packages. 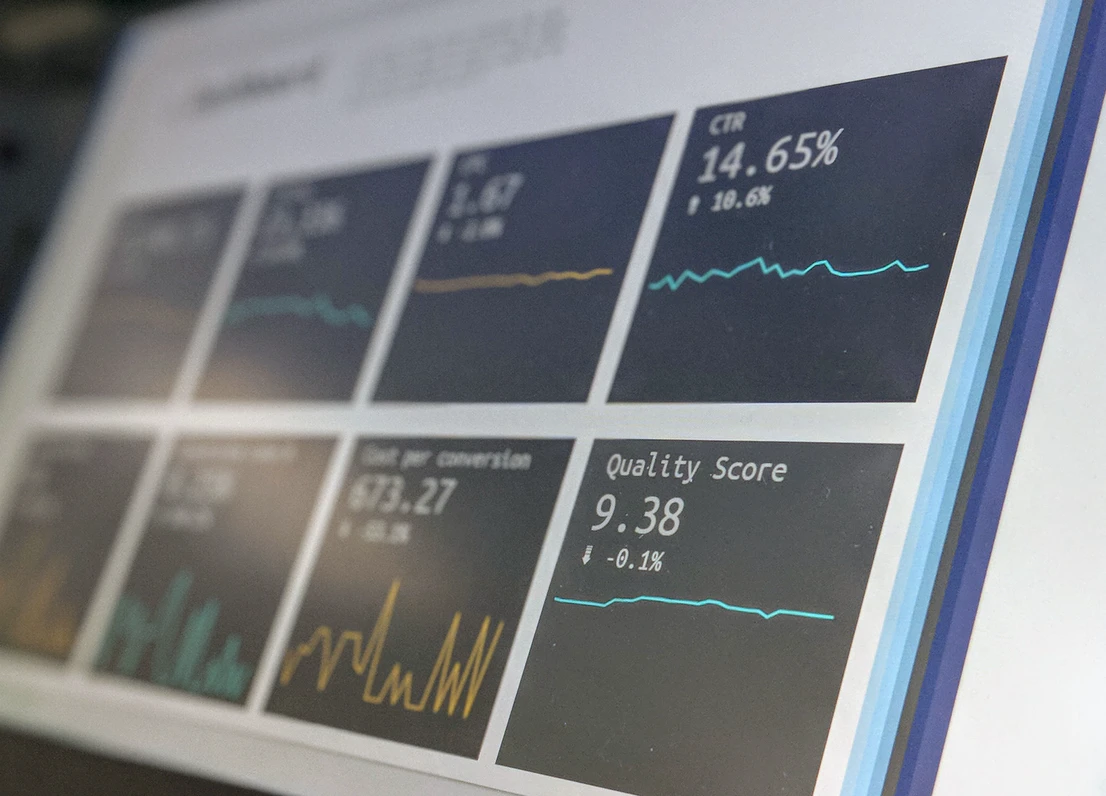 Another step taken was the acquisition of shares in companies affected by the crisis. In addition, a few governments have expressed their commitment to intervene to a greater level actively in the domestic market to help organizations survive and continue.

There has been a greater level of commitment toward supporting local SMEs in supply chains. Therefore, financial aid for SMEs is a vital aspect of most aid packages related to COVID-19 that can help supply chains remain sustainable.

These incentives include tax credits, financing of programs for development, recovering payments that have been delayed, and providing financing to domestic organizations.

Due to the vast health crisis and Research and Development difficulties related to the pandemic, many developing and developed countries have evaluated the measures to produce the combined use of IP-protected technology to accelerate effective R&D practices. 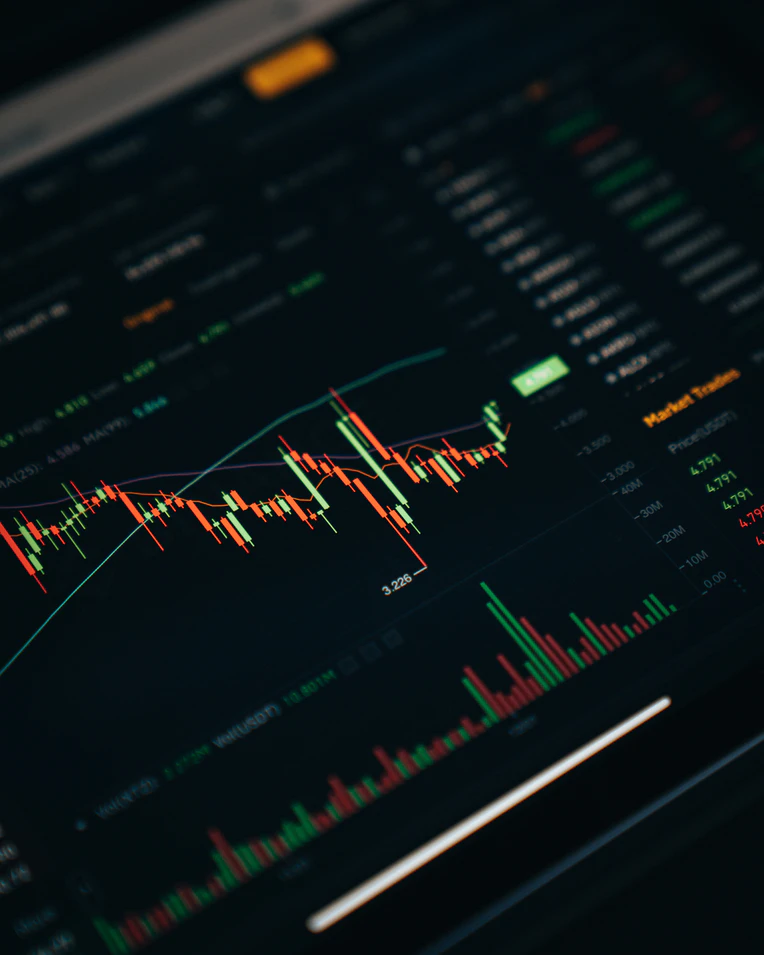 The COVID-19 pandemic is predicted to have a long-term effect on policy-making schemes related to investments. Thus it can regurgitate the steady trend towards more restrictive policies for FDI in critical economies.

The COVID-19 pandemic can increase competition for attracting investment in various industries as economies aim to recover from the economic crisis and halted supply chains that require re-establishment.

In conclusion, FDI is a critical concept for understanding the mechanisms for international trade. It has become increasingly important due to the impact of rapid globalization and the internationalization of the world's economies.

On the other hand, some drawbacks include a hindrance in a domestic market, political risks, and a depreciation in the exchange rate.

FDI remains a steady policymaking tool for governments to increase investments and sustain the growth of their flourishing economies.

Due to the rise and advancement of globalization since the end of the 20th century, FDI has been an important factor that has increased since its prominence. As a result, multinational organizations optimize it to seek cost differences.

FDI has a positive effect on domestic countries; however, it carries risks by means of financial transactions.

The bottom line is that FDI occurs when a company has 2 facilities of operation in a host country where there is knowledge and technological transfer of resources. Several developing countries mandate and require FDI for seeking economic growth.

Without Foreign Direct Investment, economic success and global financial prosperity cannot occur. Although COVID-19 has generated a halt in the balance of trade, there is more stability and proven financial results that indicate investments are steadily growing as of recent.

International trade agreements organized by OECD and governing nations have improved FDI flows. Investing in other nations may be rewarding financially however it does carry risks as the opportunities for FDI grow.

Policy recommendations require that all nations work unitedly in a collaborative manner to cohesively construct positive outcomes for socioeconomic and financial success moving forward in the wake of COVID-19.