Foreign investment is the action of opening a business in a foreign country by an investor. Investing in domestic companies or opening plants and buildings are some examples. 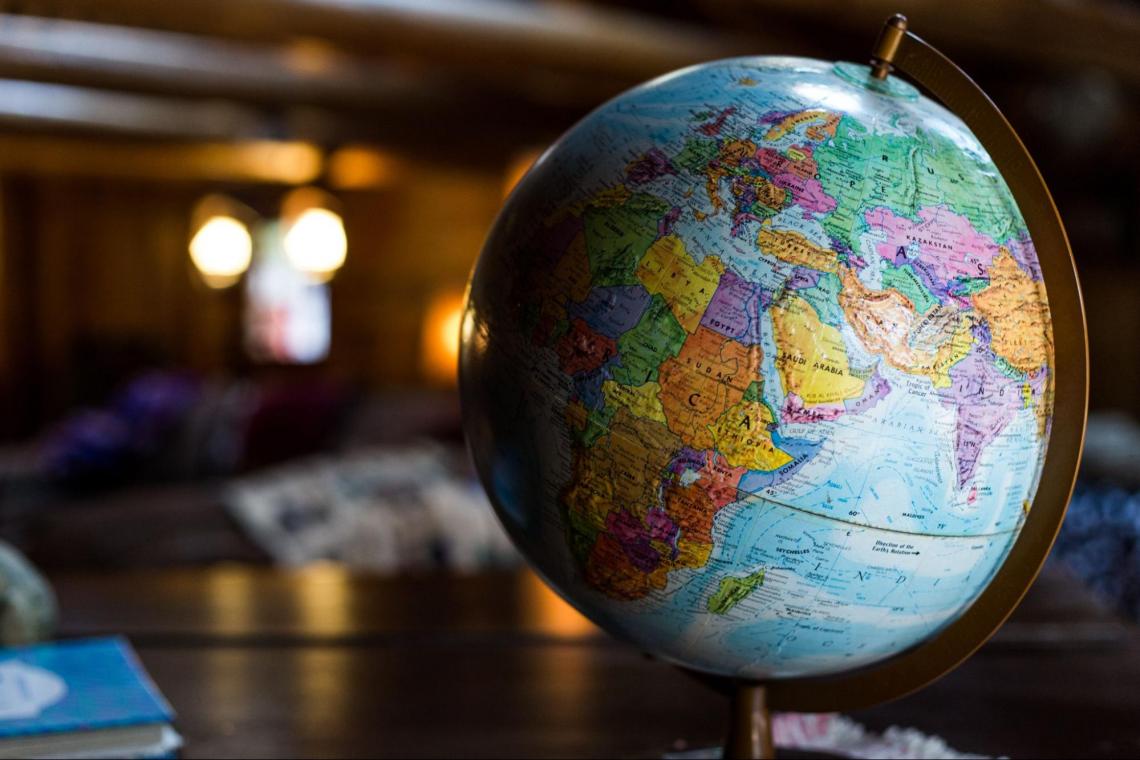 Multinational corporations seek this opportunity to expand their businesses worldwide. This is part of what is known as globalization.

Globalization has caused many large corporations to spread branches around the globe, integrating the world by offering the same products in different countries.

Foreign investors can buy shares of domestic businesses. This gives them a say in managing the business they invested in. They can also open their own business in the domestic country, using their lower production cost, tax rates, etc.

These investments also help the economies grow by creating new job opportunities from businesses opening in the local country. In addition, they also increase the national income as corporations usually offer higher salaries for their employees, which boosts economic growth. 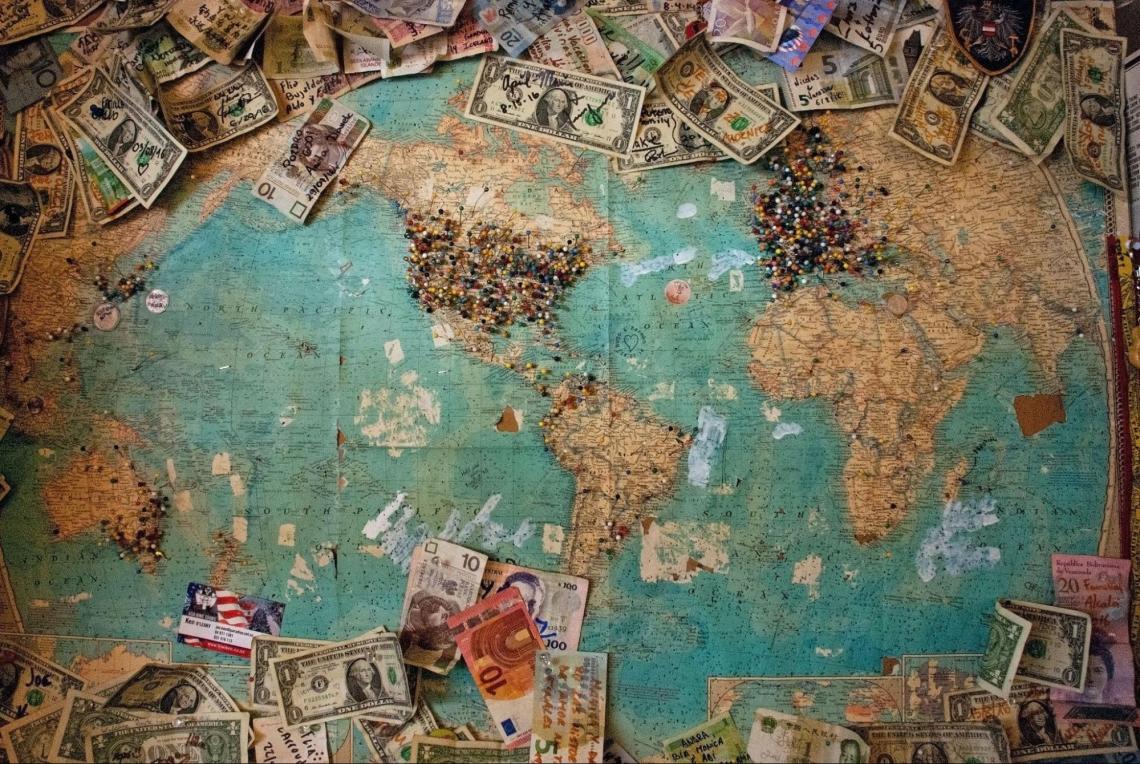 As globalization rises, more and more companies are spreading all over the globe, with many branches opened in different parts of many countries.

Companies have opened their factories in India, but their sales target is not. That's because of lower labor costs in such a country.

Other multinational corporations may decide to invest in countries with lower tax rates to save their income from getting eaten by their local government. Countries such as Qatar and UAE offer investors a golden opportunity to invest with low tax rates.

Thus investors may find it profitable, especially with the high purchasing power of people in these countries.

Other investors may seek to invest in countries with better political and economic situations. For example, Lebanon is one of the riskiest countries to invest in. In addition, due to current hyperinflation, people have low purchasing power.

Moreover, the economic crisis caused a lack of necessities making it harder for investors to survive. 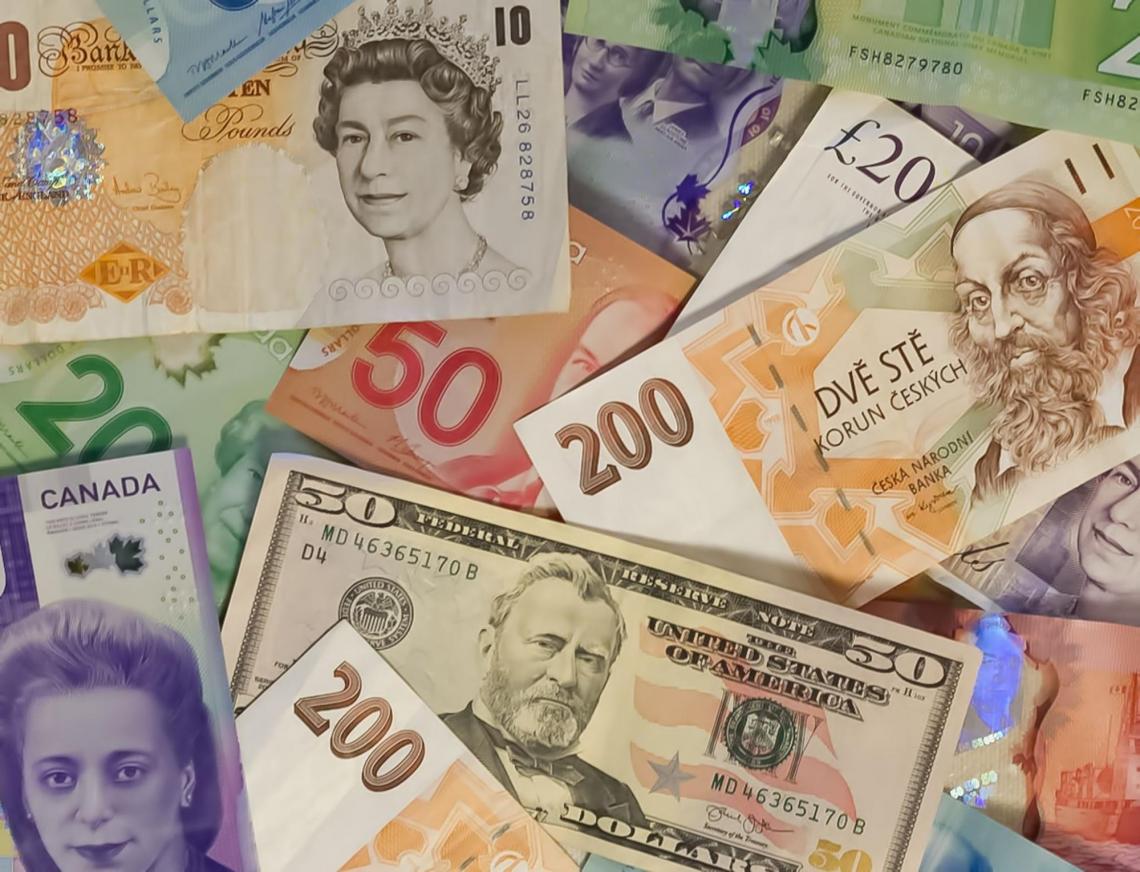 Foreign investment gives investors high authority in the countries they're investing in, making them actively manage domestic businesses. In some cases, with a significant equity share being funded, they can influence a business strategy.

Local countries try to attract such investments because of the many benefits they provide, such as

Foreign direct investments are long-term physical investments made by corporations or individuals outside their borders by operating in other countries. This is done by opening new plants, factories, buildings, and equipment in the land of investment.

Foreign direct investment can be made in various ways, such as obtaining a lasting interest in a foreign company or expanding the investor's business in a foreign country. 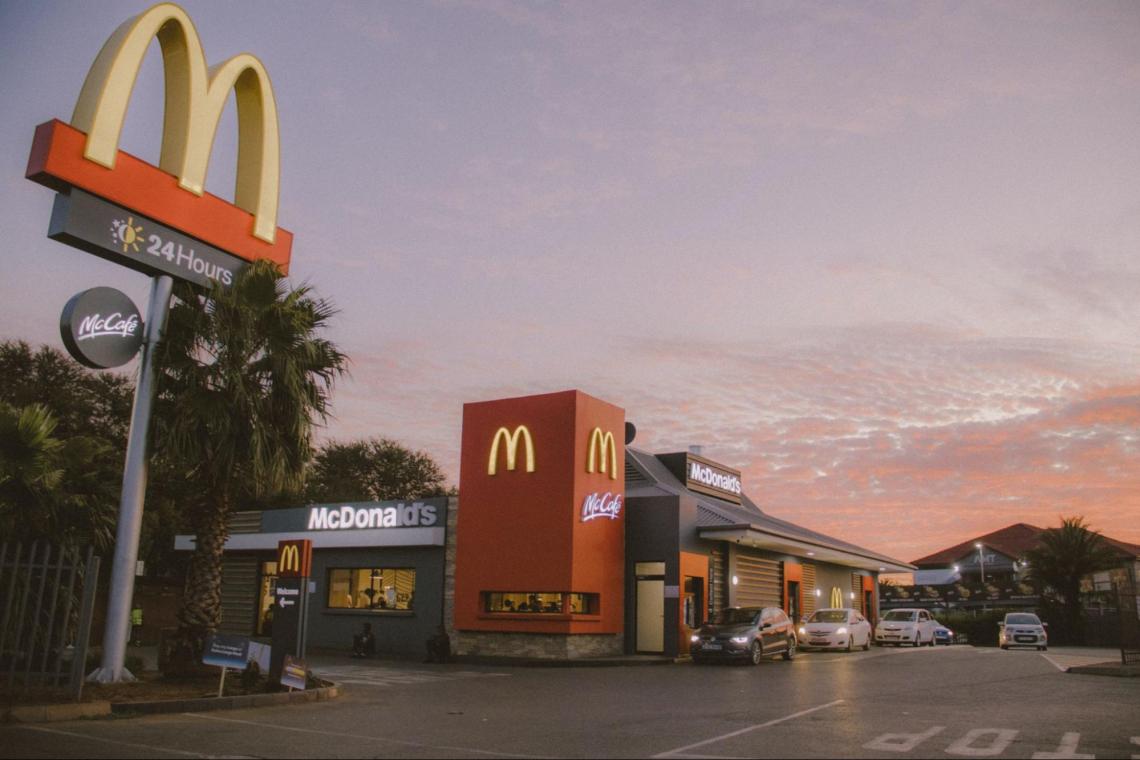 For the investment to be considered a direct investment, it should grant the foreign investor some control over the foreign business or what is known as lasting interest. Lasting interest requires investors to gain 10% of a local company's voting power.

Once the required percentage is achieved, investors can take an active role in the management of the business and influence its operations.

However, there are some cases where lasting interest control can occur even when the investor owns a smaller percentage than the required 10%. 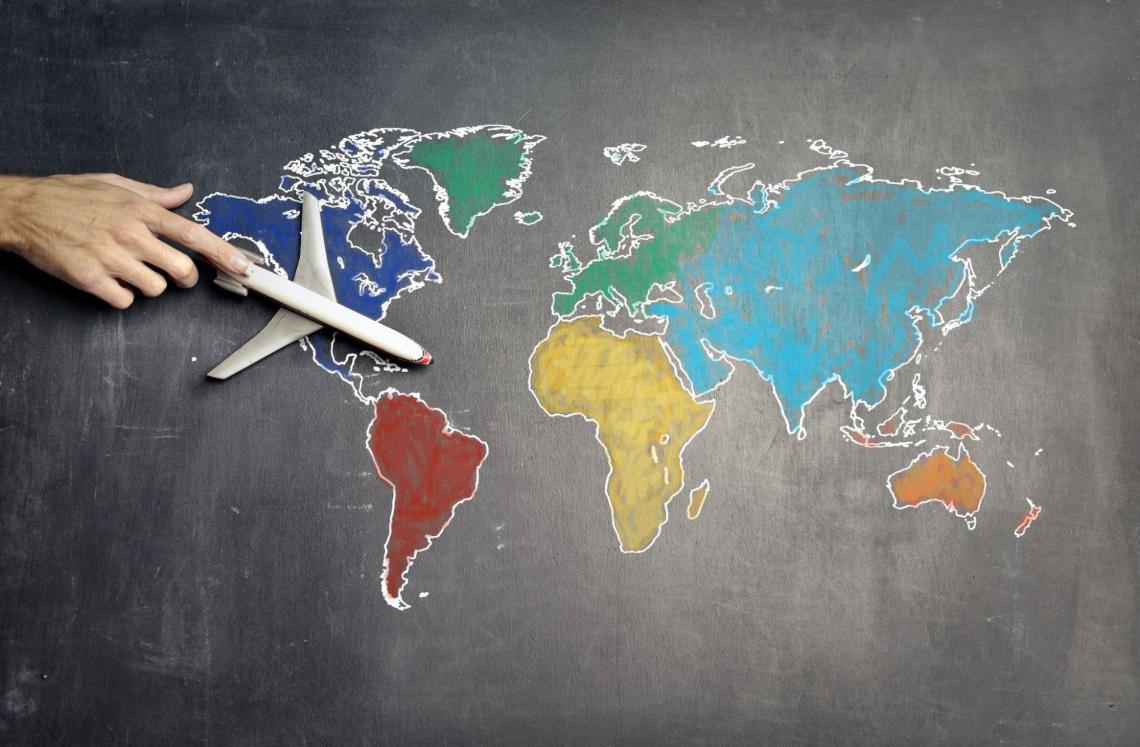 Expanding one's business in a foreign country is also part of foreign direct investment. An American-based company opening a new headquarter in Australia is an example.

There are many other ways an investor can acquire voting power in a foreign company, for example: 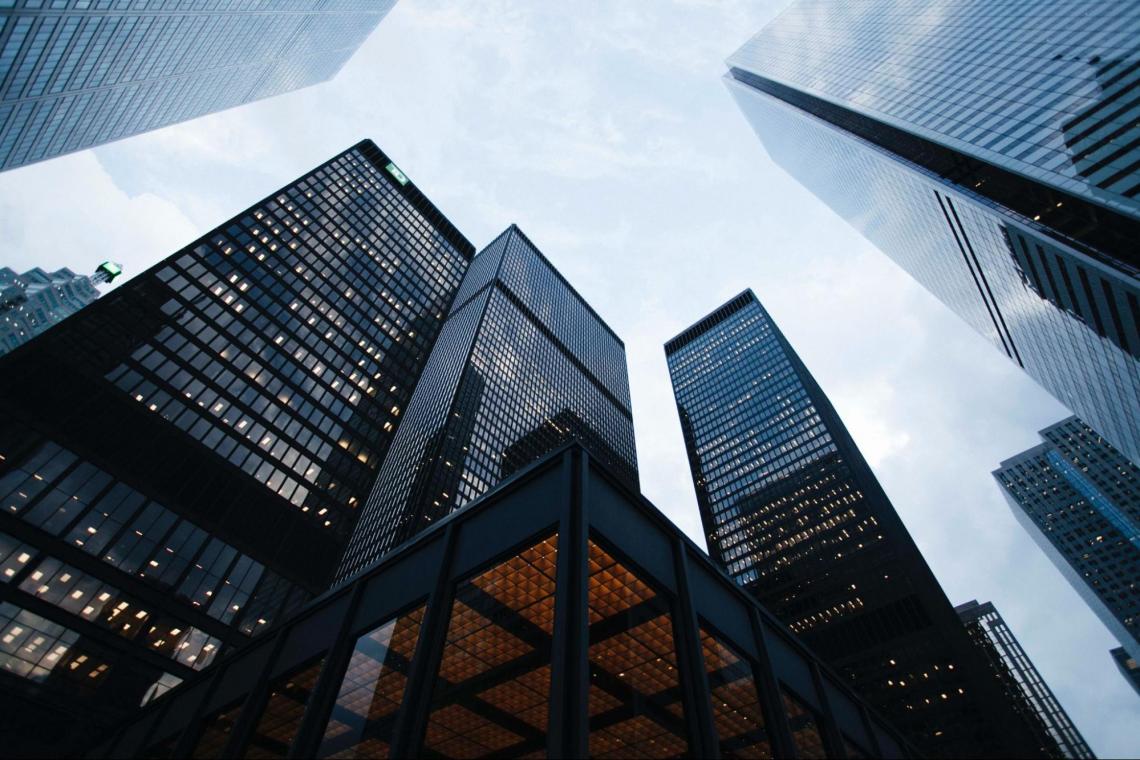 Foreign direct investment grants both the investor and the foreign country incentives that encourage both parties to engage in this activity.

Advantages for the investor: 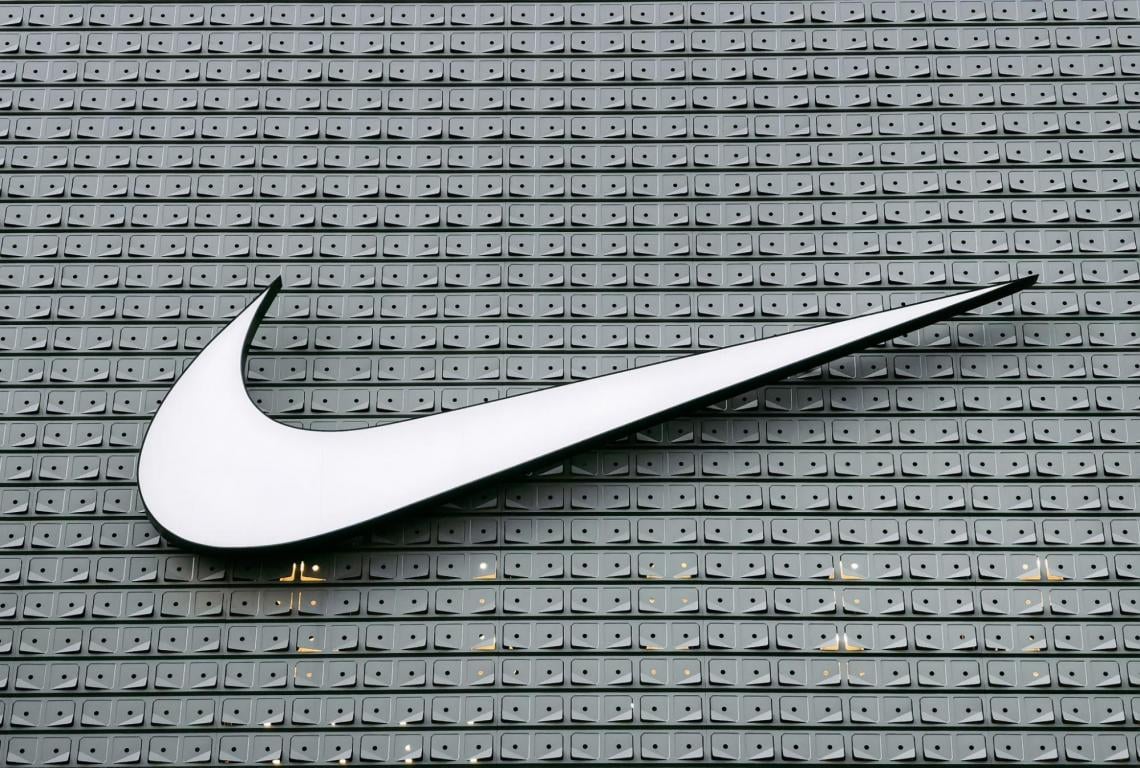 Advantages for the host country: 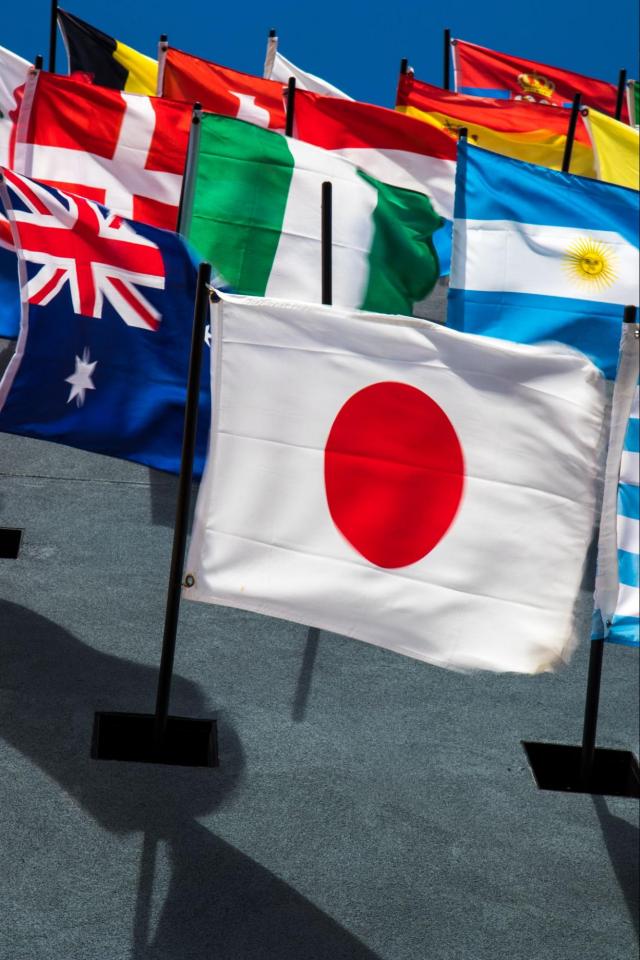 Despite the many advantages these investments provide, there are also some disadvantages, such as: 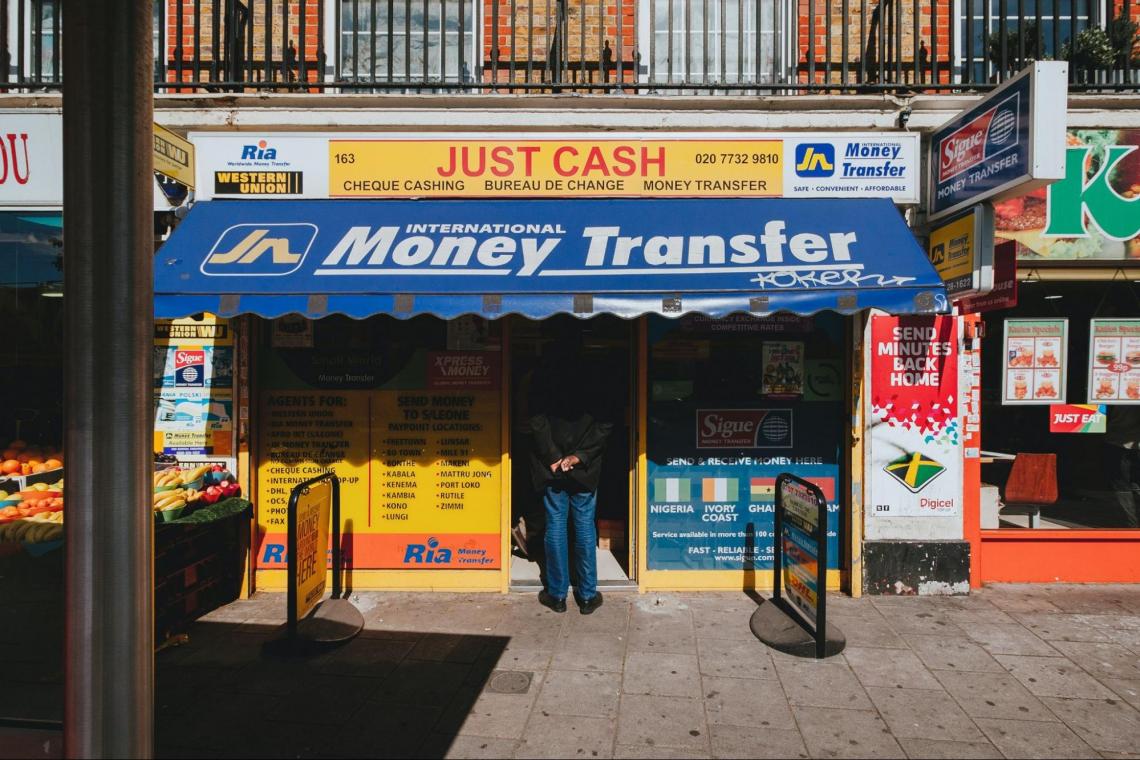 There are four types of foreign direct investment such as:

1. Horizontal: A business continues its regular operations but expands to a foreign country. KFC opening in Korea would be an example of that. In other words, the business maintains a similar business model in a different country.

2. Vertical: A business expands into a foreign country to a different level of the supply chain.

Meaning that it would still conduct the same business but with different activities. An example is Samsung opening factories in Canada to produce their products and sell them in their stores.

3. Conglomerate: A conglomerate is a company with diversified business operations that invests in/acquires a business. They usually don't interfere much with the operations and management of the investee/acquiree company.

Berkshire Hathaway is an excellent example of a conglomerate business with subsidiaries in many countries that they acquired, operating in various sectors and industries.

4. Platform: Also known as export-platform FDI. A business expands into a foreign country, but its outputs are then exported to a third country.

This is done in countries with low production costs and free-trade areas. An example would be Nutella opening in Vietnam to export their products to Europe. 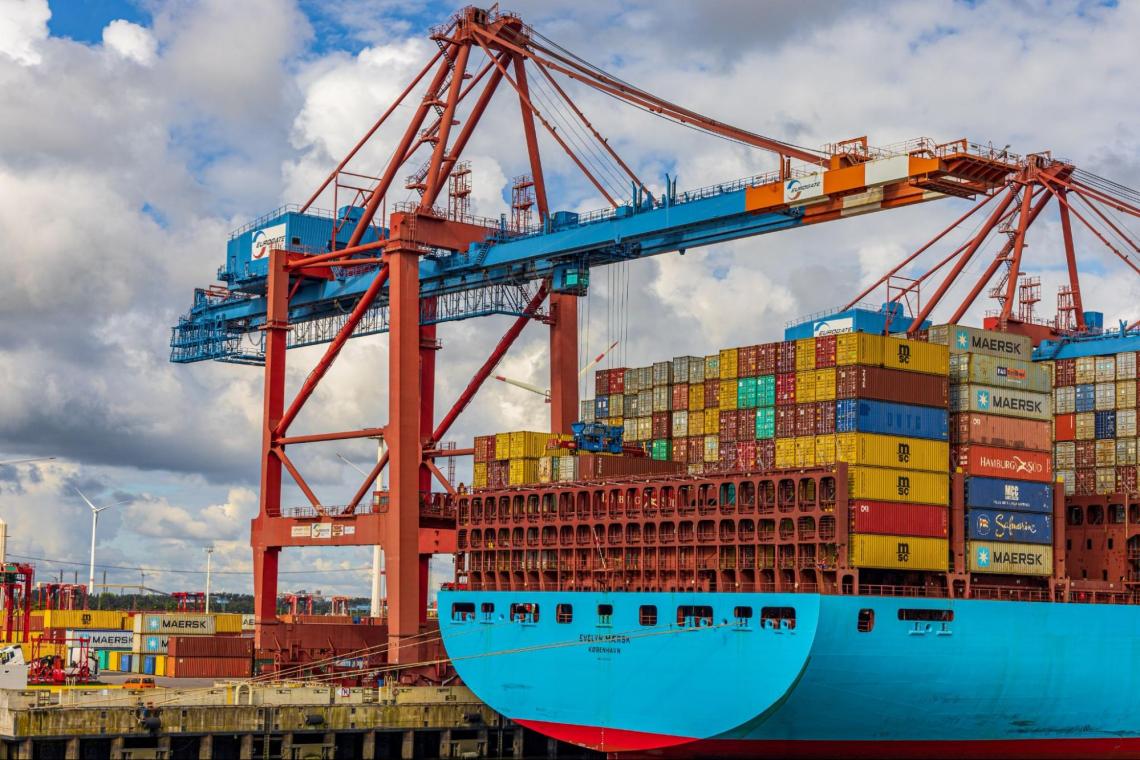 Foreign portfolio investment (FPI) is when an individual, a group of individuals, or institutions invest in financial assets of another country with.

It doesn't grant the investor full ownership of the foreign company and is considered liquid depending on the market's volatility.

Foreign portfolio investment (FPI) is also one of the most common ways for investors to participate in a foreign economy. Investors hold the security of a foreign company with an expectation of receiving a return on their investments.

This type of investment is less favorable to investors and has many risks accompanying it, including:

Foreign portfolio investment is typical among several types of investors, such as:

These investors generally buy financial assets of foreign companies to receive a high return along with the benefit of diversifying their portfolios by investing in different geographic locations. 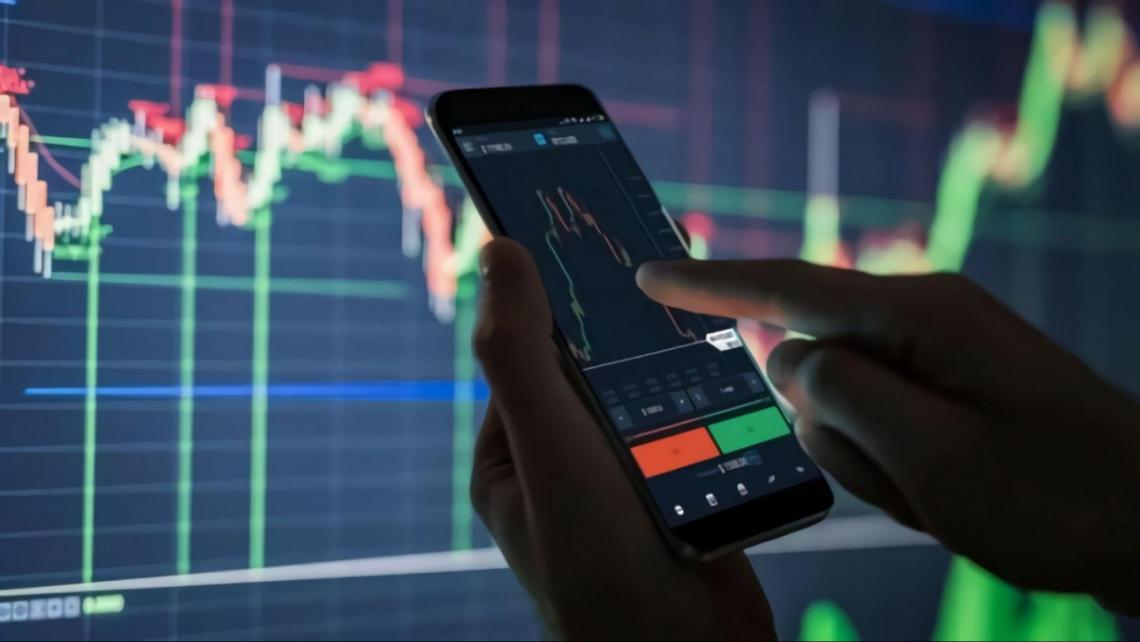 The major advantages of foreign portfolio investment are: 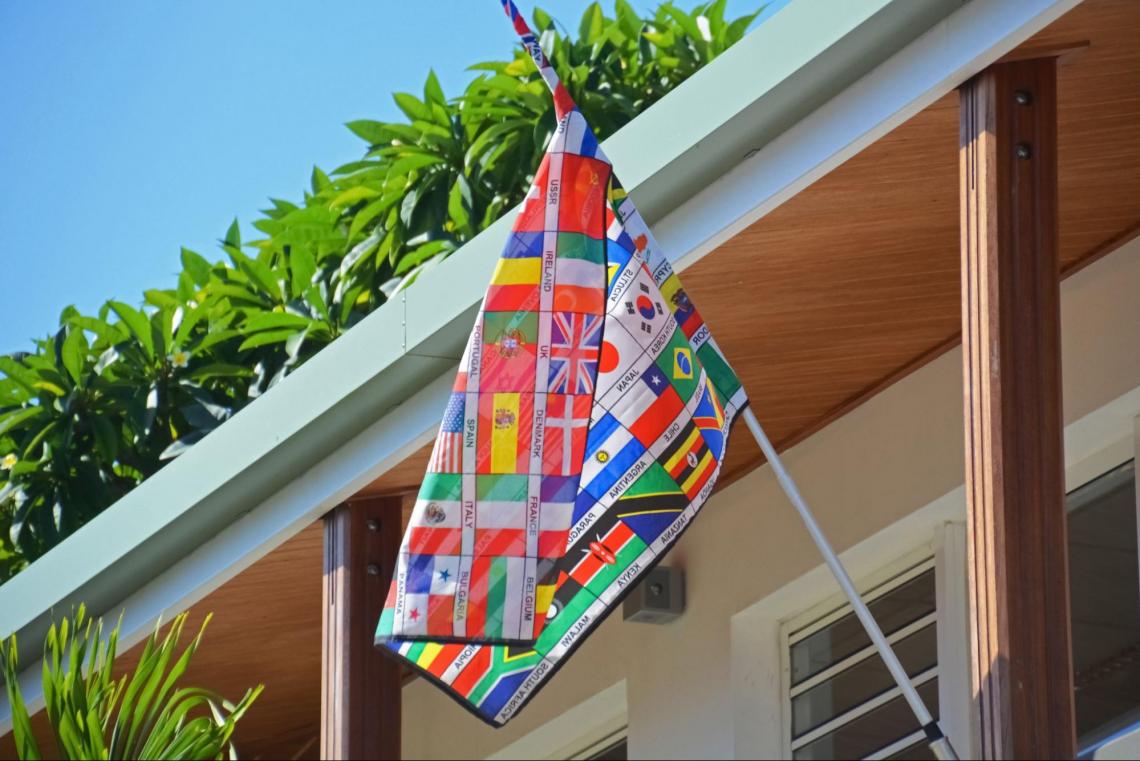 Other types of foreign investment

1. Commercial loans: Local banks issue loans to foreign companies or governments. This operation takes place between the bank and another institution. It helps cover capital expenditures and operating costs.

Commercial loans are specific to businesses rather than individuals. They use these loans to maintain their daily operations, expand their business, or refinance other debts.

Even though these loans are short-term loans, they can be renewed to expand the life of the loan.

These loans usually require collateral such as property or equipment and proof of the ability to repay through disclosure of financial statements. In some cases, money generated from accounts receivable can be used as a loan's collateral.

Commercial loans were once the most common type of foreign investment throughout developing countries and growing markets. However, after the 1980s, commercial loans began to disappear.

This is where direct and portfolio investments started to emerge around the globe. 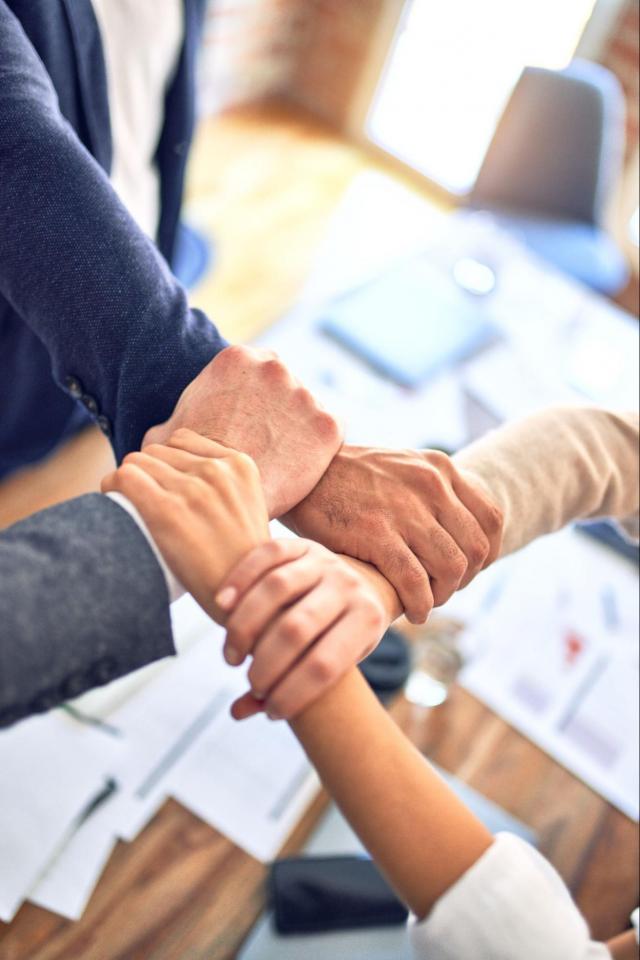 2. Official flow: Assistance received by a developing or developed country by a domestic country. Official Developmental Assistance (ODA) is a government aid that targets developing countries to improve their economic welfare.

ODA was essential during the glow of the Covid-19 pandemic, where members of the OECD committee provided sufficient funds to donate vaccines to developing countries.

Countries with low weak economic abilities highly depend on such assistance as it helps them stand on their legs to face difficult times.

Multilateral development banks (MDB) are another type of foreign investor. Banks focus on investing in developing countries to improve their economic situation. 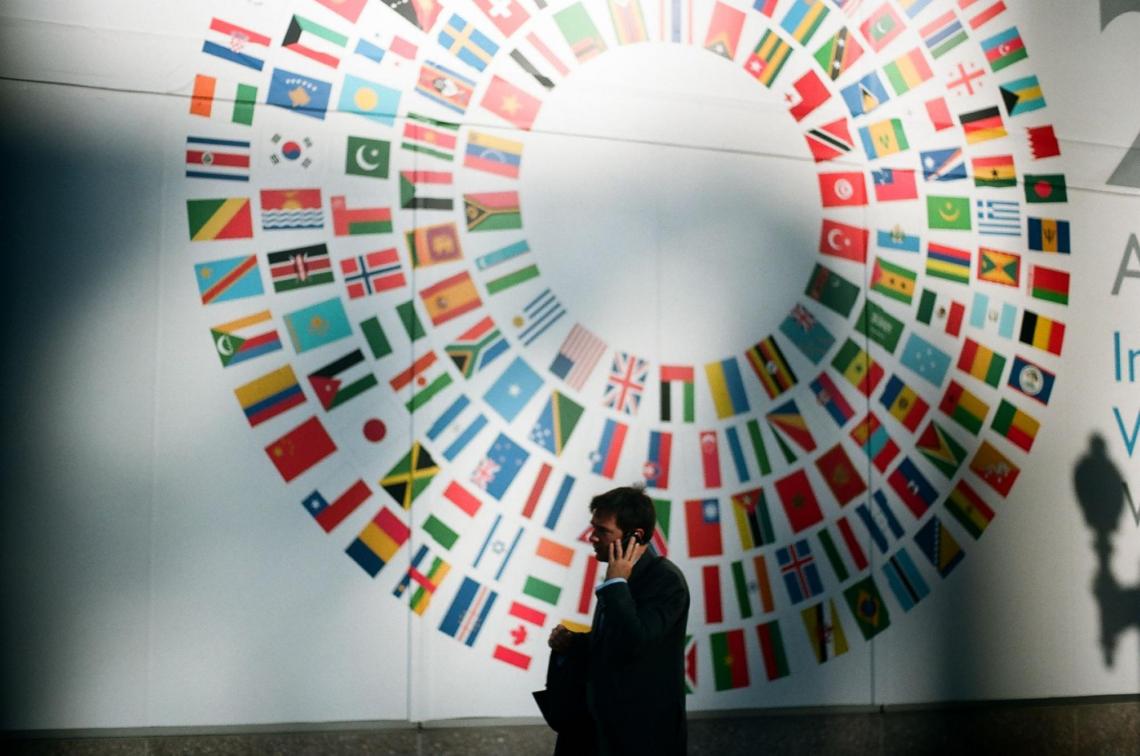 Unlike other investors, these banks use their foreign investments to fund projects. This helps countries reach their economic stability.

Countries with financial struggles usually take loans from these banks with low or no interest to fund a project. This would create jobs or solve some countries' electricity issues. An example of a multilateral development bank is the World Bank.

Some of the projects that multilateral development banks fund:

These banks were founded in the final days of the second world war to help rebuild nations and help them rise again after the war. They focus on decreasing the economic gap between richer and poorer countries.

There are many examples of multilateral development banks, such as:

Again, these banks played the role of a caring father during the global coronavirus pandemic, where they helped countries get their hands on vital funds to fight the pandemic and stand again.

These banks now function all over the globe with massive assets amounting to trillions of dollars.

How does foreign investment help the country?

What is the main goal of foreign investment?

The main goal of the investors can be expanding their business operations, achieving lower labor costs, tax benefits, etc.

What are the types of foreign investments?

Is foreign investment good or bad?

Foreign investment is essential for both the investor and the country. It grants the investor lower production costs and tax incentives. Moreover, it helps boost the countries' economies by providing more job opportunities and decreasing unemployment rates.

Reviewed and Edited by Adity Salunke I LinkedIn