Industry or a sector in which one company holds a dominant position.

A monopoly is an industry or a sector in which one company holds a dominant position, excluding all other competitors. 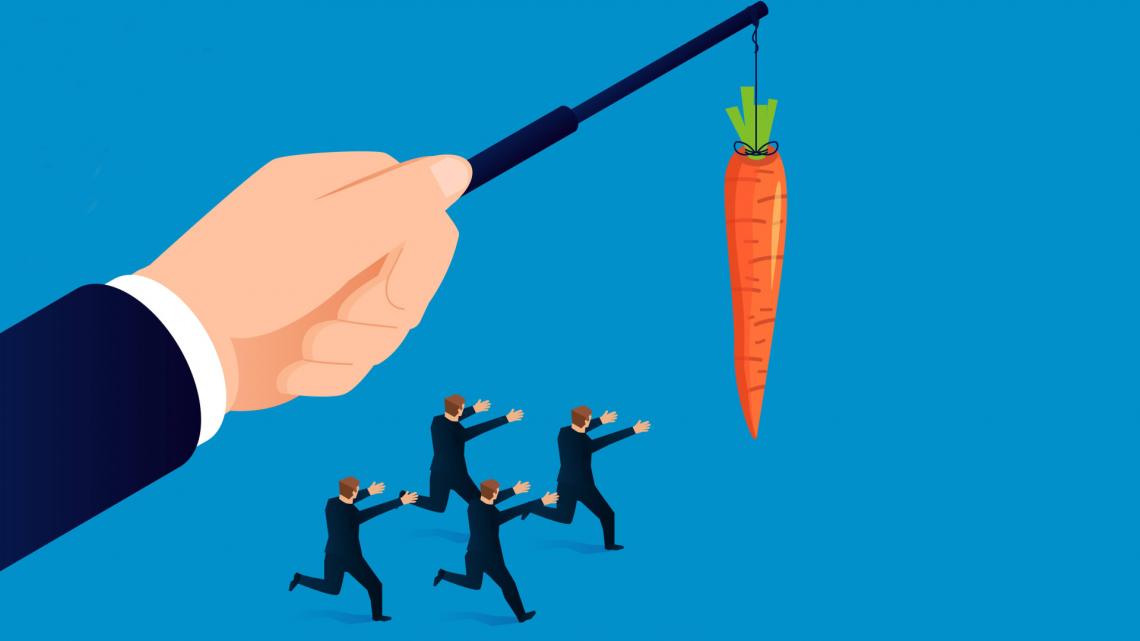 In free-market nations, monopolies are often discouraged. However, in the absence of alternative options for consumers, there is a perception of price-gouging and quality degradation.

Furthermore, they can concentrate wealth, power, and influence in the hands of one or a few individuals. In contrast, monopolies of some essential services, such as utilities, may be encouraged and even enforced by the government.

There are four types of monopolies:

It occurs when there is no competition, which results in higher costs for consumers, inferior products and services, and corrupt business practices. 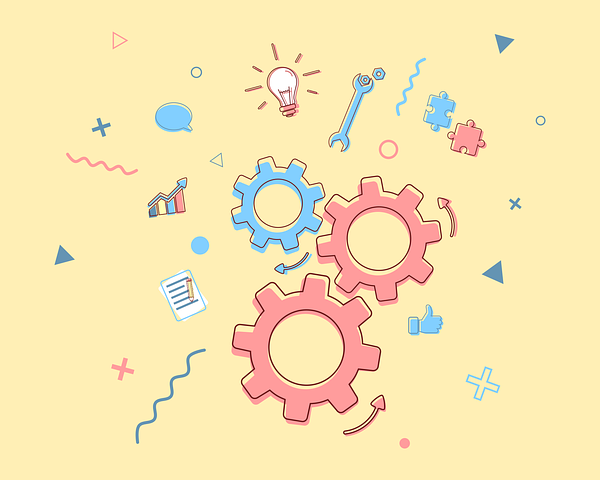 Companies that dominate a business sector or industry can take advantage of their position at the expense of their customers. It can create artificial scarcity, fix prices, and circumvent the natural laws of supply and demand.

There can be a hindrance to new players entering the market, and new product development and experimentation can become stagnant.

Due to a lack of choice, the consumer is at the mercy of a monopolistic company. Often, monopolized markets become unfair, inefficient, and unequal.

Having a high level of barriers to entry is a fundamental characteristic. For example, AT&T had telephone lines that reached almost every home and business in the U.S. until 1982. Only a forced spinoff of the Baby Bells could duplicate it.

In the absence of competition, one of the definitive characteristics of monopolies is their ability to set prices and raise them at will.

It can also be highly profitable. They are the only or, at the very least, the largest buyers of the products. It allows them to negotiate the prices they pay their suppliers and charge their customers whatever the market will bear.

Monopolies can be recognized by specific characteristics that set them apart from other market structures: 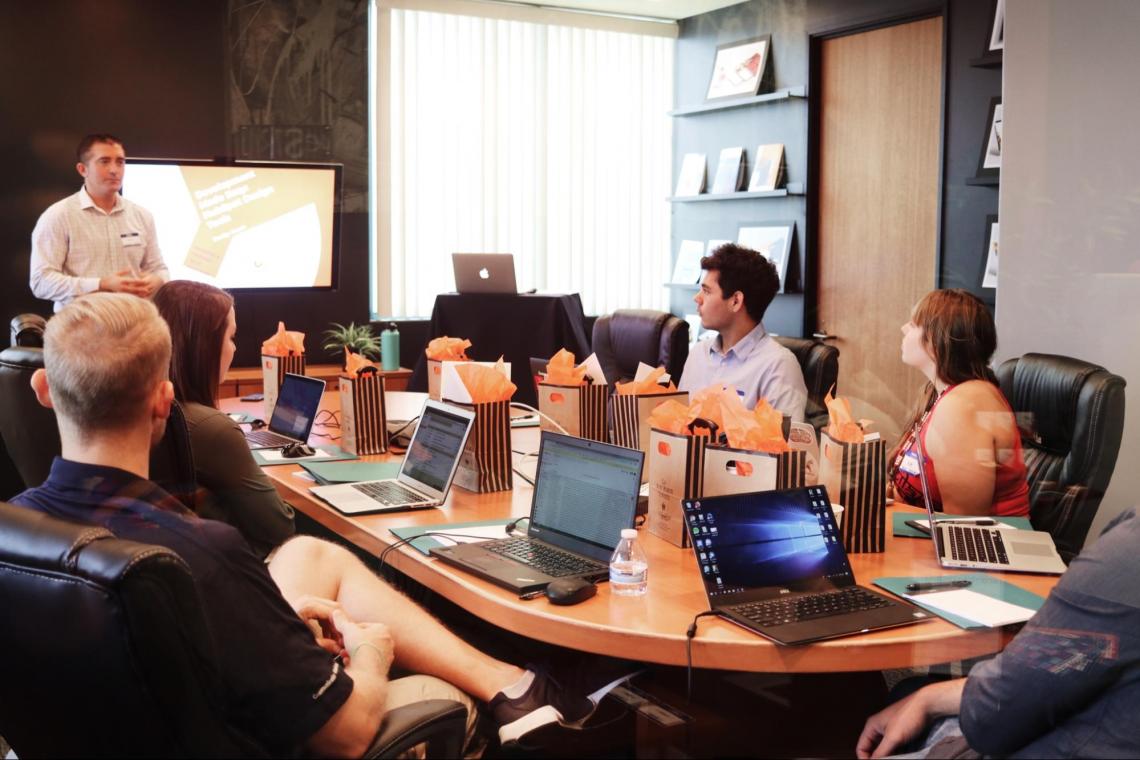 A merger is the coming together of two organizations to create a new, joint enterprise. An acquisition refers to the takeover of one company by another. There has been an increased use of both terms in conjunction with one another.

Mergers and acquisitions affect all companies, large and small companies, and their motives tend to be similar regardless of size.

By merging firms, the aim is often to improve the overall performance of the combined company, such as by reducing costs, eliminating overlapping operations, improving purchasing power, increasing market share, or reducing competition.

There are three types of mergers.

Horizontal mergers involve companies at the same stage of development merging to reduce costs, expand product offerings, or reduce competition. Most mergers on a large scale are horizontal mergers driven by economies of scale.

In a vertical merger, a company buys another enterprise in the same field, often at a different stage of the production or sales process.

The acquiring firm gains more control when it buys a supplier of raw materials, a distribution company, or a customer. 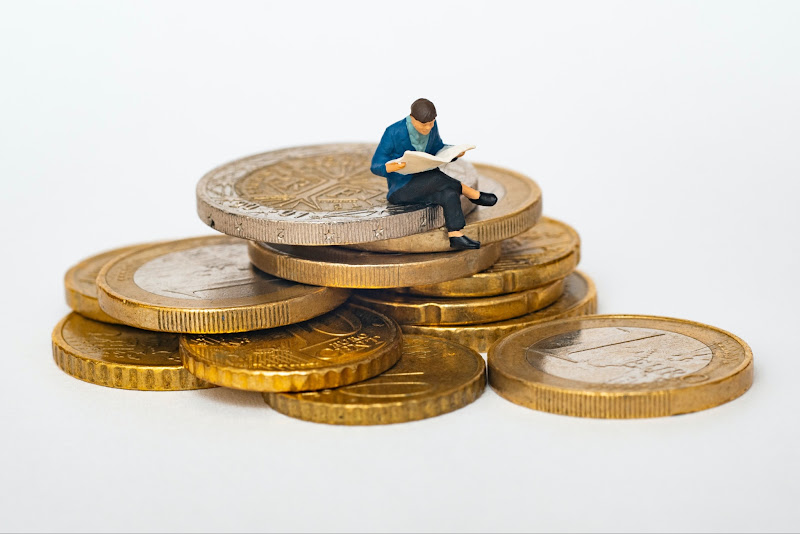 The leveraged buyout (LBO) is a specialized, economically motivated merger that became popular in the 1980s but has become less common in recent years.

A leveraged buyout involves purchasing an entire company with the support of large amounts of borrowed funds up to 90% of the purchase price.

An LBO can be initiated by outside investors or by the management of the corporation. An example of a leveraged buyout (LBO) was Apollo Global Management LLC's purchase of ADT Corp in 2016.

An acquisition occurs when a corporation or investor group purchases a target company from its board of directors.

Besides cutting costs, selling units, laying off employees, and refinancing, financial restructuring is another reason for acquisitions.

Mergers motivated by financial gain are not driven by economies of scale but rather by a desire to exploit hidden value. It is most common for larger companies to merge for financial reasons. 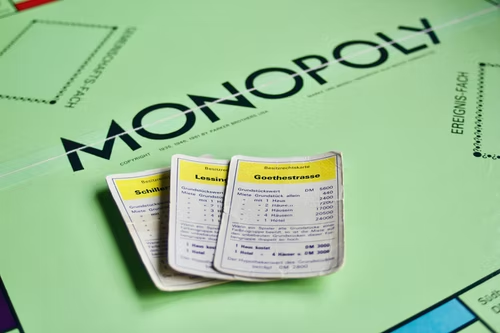 Monopolies are situations in which a specific source of revenue generates individual control over the market. These sources of power include:

There are some similarities between the two models, such as the cost functions, the minimization of costs and maximizing profit, the shutdown decisions, and the assumption of perfectly competitive markets.

The most critical difference between an ideal competitive market and a monopoly is that the latter has a downward-sloping demand curve rather than the "perceived" perfectly elastic curve of a perfect market.

The following are some of the main features: 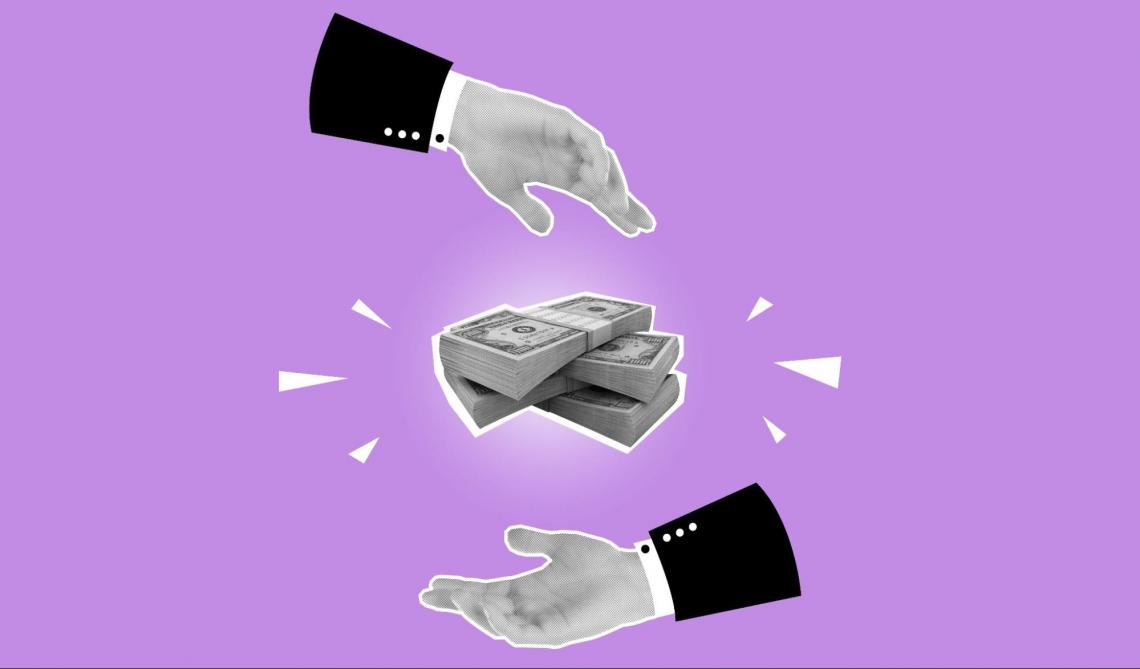 Accordingly, these barriers imply that under a monopoly, there is no difference between a firm and an industry.

Perfect competition does not allow this to happen. It is clear that, in the long run, if abnormal profits exist, other firms will have no choice but to enter the market, which will eliminate these profits.

Here are some of the advantages and disadvantages that can be associated with monopolistic market structures:

1. In a monopolistic market structure, price is stable. Although there are no competitors in the market, only one company determines the price.

The prices of other types of market structures are not stable and tend to be elastic because of the nature of competition.

2. Due to the absence of multiple sellers on the market, one seller can realize economies of scale due to large-scale production, thus lowering production costs.

Therefore, the consumer can benefit from this benefit by paying less for the product.

3. Since the monopolist is making abnormal or supernormal profits, the firm can invest that money into research and development.

As a result, consumers may be able to get better quality products at reduced prices leading to increased consumer surplus and satisfaction. 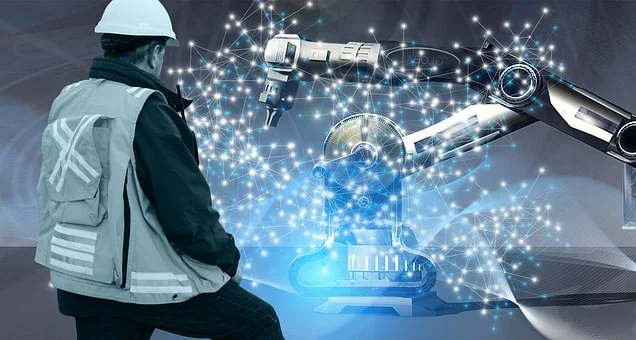 1. A monopolist can set a very high price for the product causing consumers to lose out since they have no option but to buy from the seller due to a lack of competition in the market.

2. It is possible for monopolists occasionally to charge different prices for the same product depending on the consumer. Market conditions play a crucial role in this.

3. It may be that the monopolistic firm produces inferior products and services because they know that consumers will purchase its products regardless of their quality. 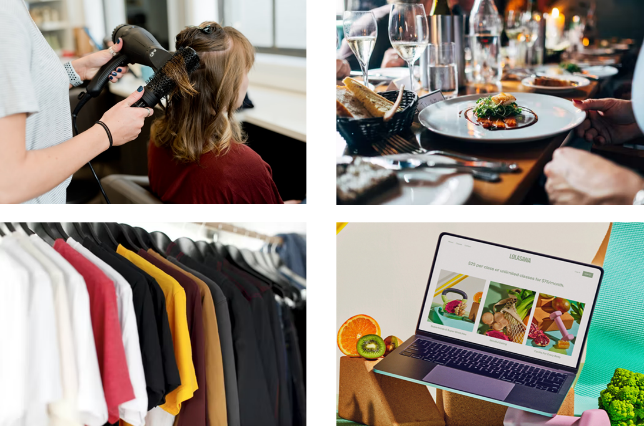 It is common for monopolies to have an unfair advantage over their competition because they are the only product manufacturer or control most of the market for that product.

It is crucial to recognize that although monopolies differ from one industry to the next, they tend to share similar characteristics. These include:

Therefore, monopolies can raise prices whenever they want.

The company can then lower its prices so much that smaller competitors can no longer compete with it. 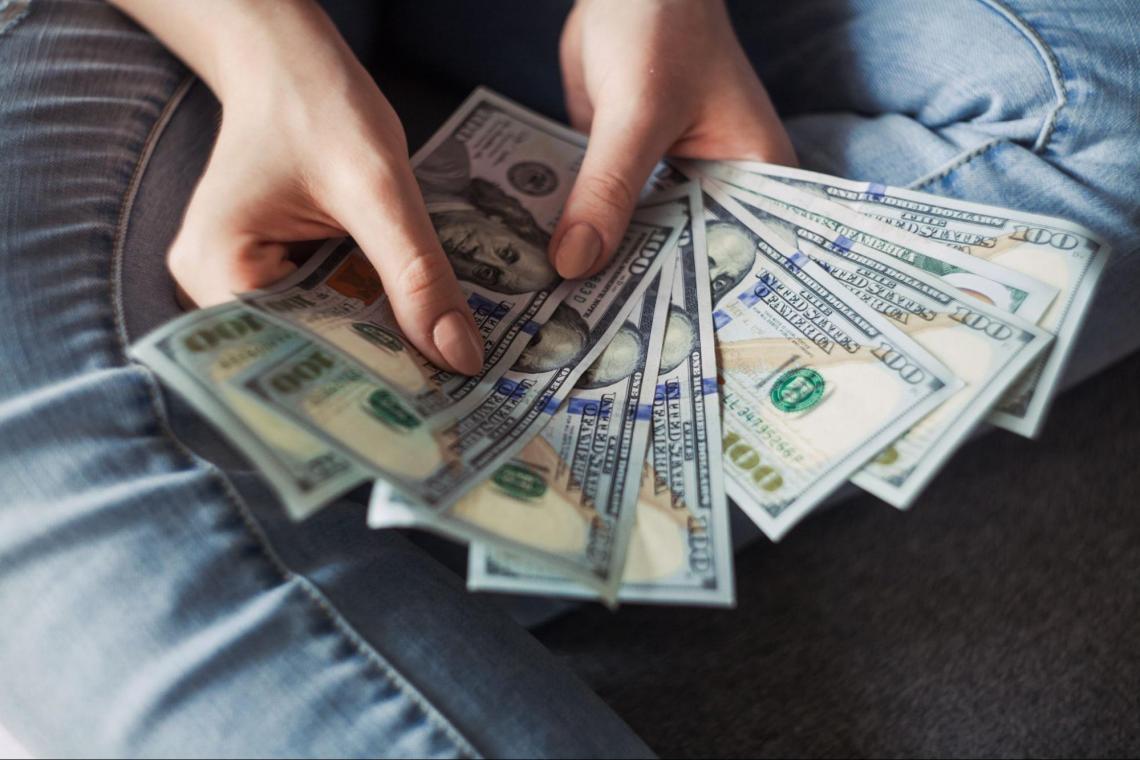 In a "pure" market, no substitutes are available for the goods or services. For example, there was a time when Microsoft Corporation had a virtual monopoly on operating systems for personal computers.

In contrast to an oligopoly, a pure monopolist company running a printing business, for instance, is more likely to experience high barriers to entry, such as high start-up expenses, that prevent other companies from entering that market.

There may be a natural monopolism without unjust or unfair practices that stifle competition in the industry.

Often a company will be the only provider of a product or service in a region or industry because no other company can match its investment history, its technology, or the talent it employs.

In a sector with high fixed costs or start-up costs, raw materials or technology are unique or highly specialized, creating a monopoly.

Companies with patents on their products can have a natural monopoly that prevents competitors from producing the same product. In addition, the pharma industry relies on patents to recover the high costs of innovation.

Natural Monopolies are market structures that result from natural advantages such as strategic geographical location or abundant supply of mineral resources.

Several countries in the Gulf have a monopoly on crude oil exploration because of the abundance of oil that naturally occurs in those countries.

"Natural monopoly" also refers to the process by which a government grants a company exclusive operation rights for practicality, public interest, or both.

In the United States, monopolies dominate most public utilities.

Government-Sanctioned Monopoly
Governments may establish public monopolies to provide essential goods and services to the public.
Initially, the U.S. Postal Service operated as a single entity; however, private carriers like FedEx and United Parcel Service have gained much of their market share.

In the U.S., the utility industry is dominated by natural or government-assisted monopolies. In most regions or municipalities, only one major company supplies energy and water.

In most cases, such a market is allowed because these suppliers incur substantial costs when producing and delivering electricity and water. In addition, sole suppliers are considered to be more reliable.

The trade-off is that these companies are heavily regulated and monitored by the government. Regulations can control the rate that utilities charge and the timing of rate increases.

What are the factors that make monopolies unjust?

An organization holding a dominant position in a particular industry or sector can use that position to its advantage and to the detriment of its customers, suppliers, and even its employees.

There is no other option than accepting the status quo for all these constituencies.

Despite the Sherman Antitrust Act, monopolies are not forbidden by this law. A dominant position cannot be perpetuated or created by restricting interstate commerce or competition. 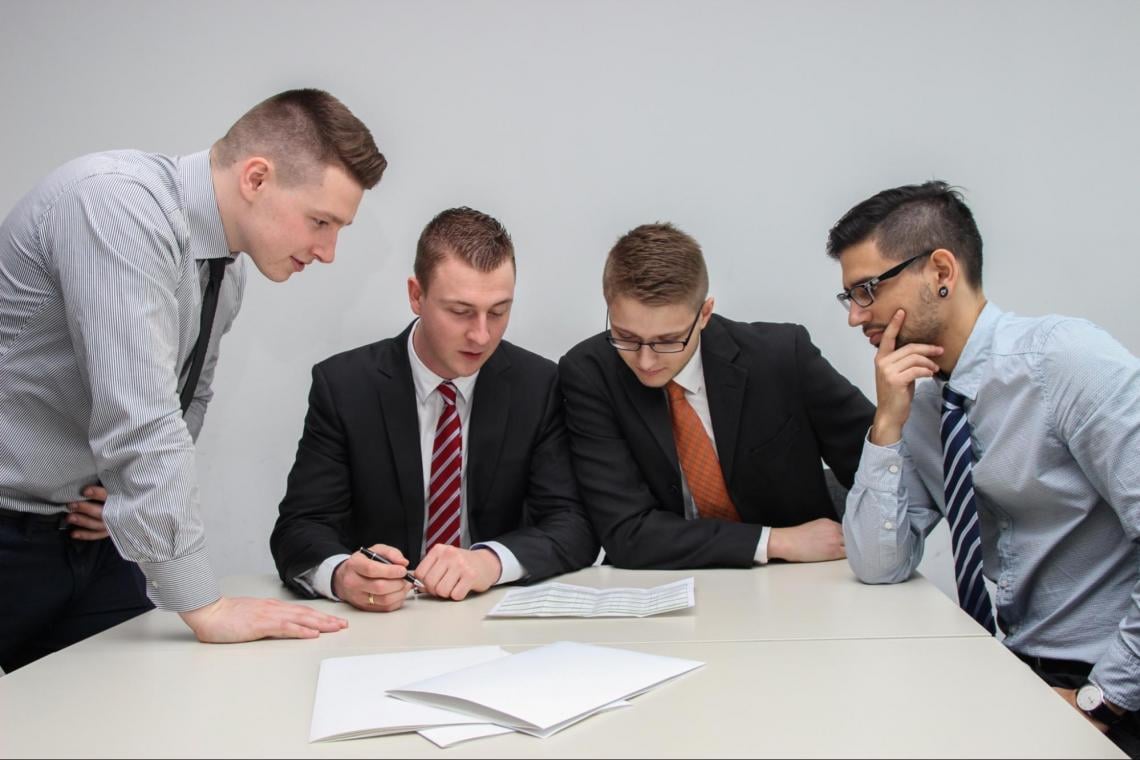 Over the years, the Sherman Antitrust Act has broken up large companies like Standard Oil and American Tobacco.

A U.S. government report accused Microsoft in 1994 of monopolizing the personal computer operating systems business and preventing competition. As part of the complaint filed on July 15, 1994:

In this civil suit, the United States seeks to prevent Microsoft Corporation from marketing its operating system software in an exclusionary and anticompetitive manner.

In 1998, a federal judge ruled Microsoft should separate into two technology companies. However, a higher court later reversed the decision.

Despite a few changes, Microsoft was free to maintain its operating system, application development, and marketing methods.

AT&T's breakup was the most consequential in American history. A lawsuit was filed against the giant telecommunications company under antitrust laws after being allowed to control the nation's telephone service for decades. 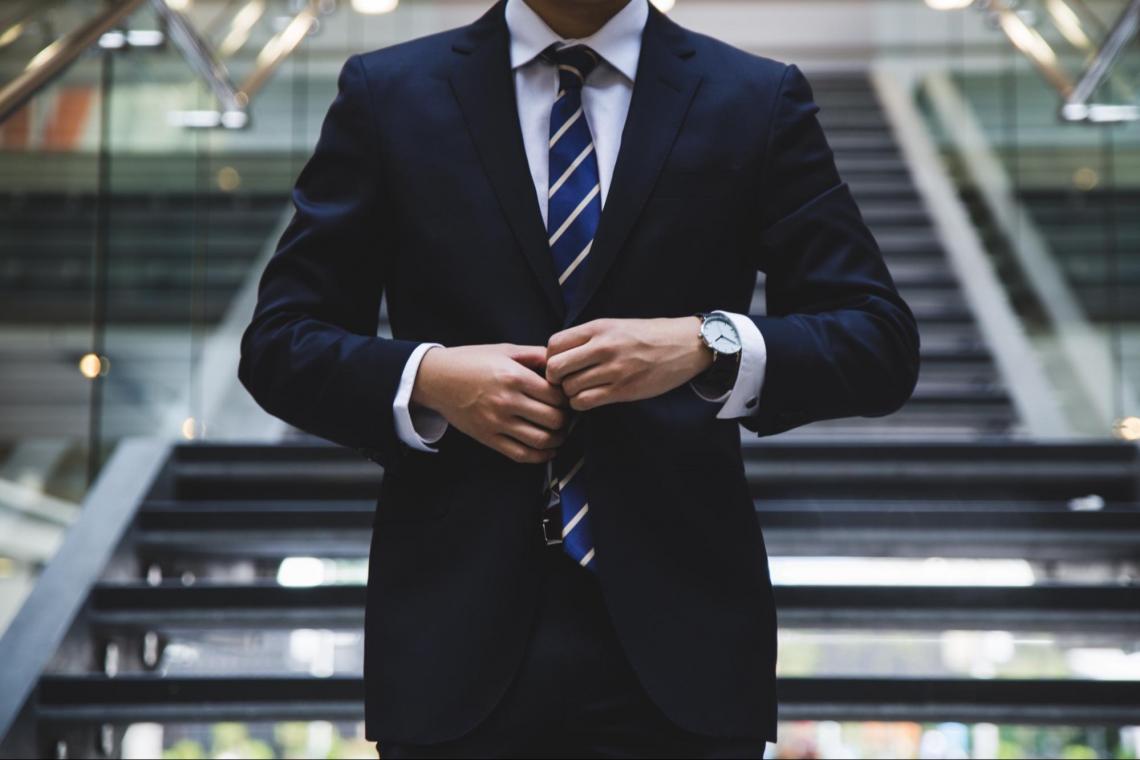 The Sherman Antitrust Act of 1890 was the first federal law passed by Congress to curb monopolies' power.

Congress strongly supported the act, passing it 51-1 in the Senate and 242 to 0 in the House of Representatives.

The second update of antitrust laws was adopted in 1914 to prevent monopolies and protect consumers.

In the Clayton Antitrust Act, rules were established for mergers and corporate executives, along with examples of conduct that would violate the Sherman Antitrust Act.