In economics, they are commodities or services that are available to all members of society. Generally, these services are provided by governments and are financed through taxes collected from citizens. 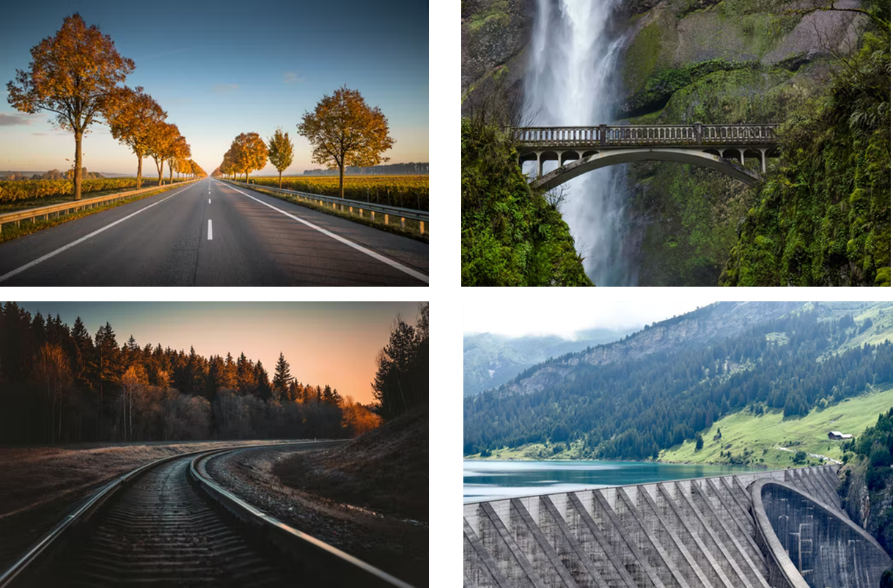 Among the goods that belong to the public domain are law enforcement, national defense, and the rule of law. Furthermore, these also refer to necessities, such as access to clean air and drinking water.

To understand the different kinds of goods available, it is first necessary to know the meaning of the following two terms:

As a result of the above two characteristics, the goods can be classified into four types: 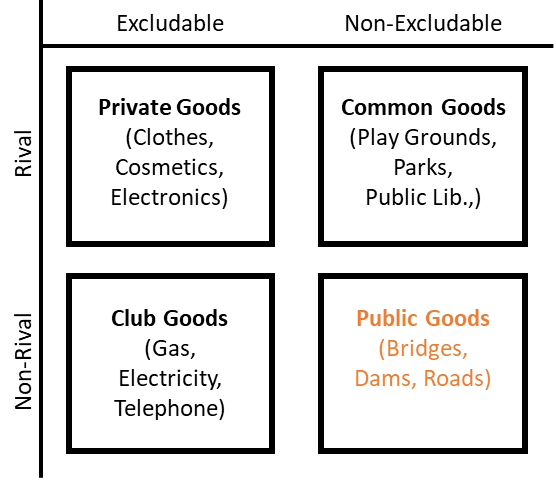 1. Private Goods. The term "private goods" refers to products that are comparably competitive and exclusive at the same time as clothes, cosmetics, and electronics.

2. Common Goods. This category includes a public library and a playground that can be used by the public even though they may be rival goods, and these goods, though rival, are non-excludable.

Furthermore, if one person or team heavily utilizes this category, it limits the use of this category by others.

3. Club Goods. While these goods are excluded, they are not competing with the likes of the telephone or electricity, which are both billed services, and used by many people simultaneously.

4. The most common categories of goods which are non-rivals and non-excludable goods at the same time, like roads, bridges, and dams, are known as public goods.

They include elements of both public and private goods. For example, a public bridge accessible by all loses its value if it becomes congested during rush hour.

Another example would be roads. Those with a driving license and a vehicle can use the roads. As a result of congestion, using a road decreases the amount others can gain from it.

The Way They Work 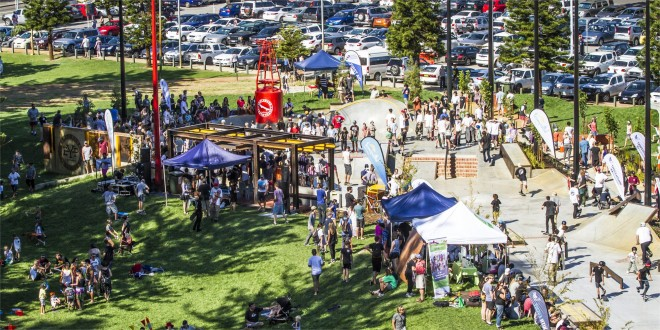 One of the main distinguishing characteristics of it is that it must be non-rivalrous and non-excludable.

As a result of the free-rider problem, such goods have become a hot topic of debate.

The use of these goods is available to everyone, regardless of whether or not they pay for them individually.

Therefore, some members of society can use the goods even if they refuse to pay for them.

Free-riding is the major concern with these goods because they tend to draw in inconsiderate users. The result of this is that once a good or service is provided, it is not possible to prevent anyone from using it.

In this case, consumers don't have a strong incentive to pay for the goods since they can consume them without paying for them. 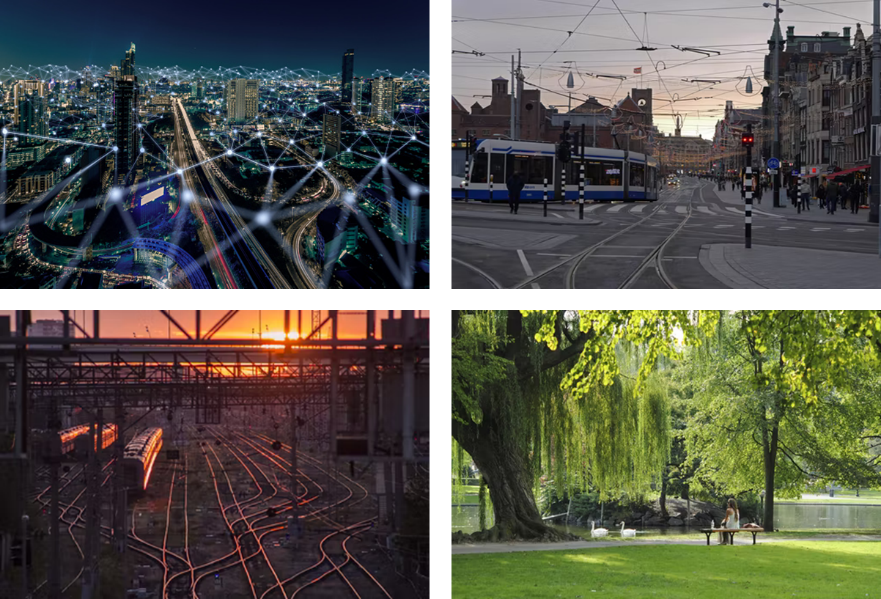 Several commodities or services are essential to the development of a country's infrastructure and standard of living. Let's look at the characteristics of such goods according to these principles:

For instance, benefitting from a streetlight does not reduce the light available for others, whereas consuming part of a cake would.

If you construct a dam to stop flooding, for example, you protect everyone living in the area, regardless of whether they had contributed to the flooding defenses or not.

The characteristics of non-rivalry and non-excludability of a public good mean that there is an incentive not to pay for it in a free market (even if this is not always the case).

A free market might prohibit firms from providing the goods as they find it hard to charge people for their use.

It is a well-known fact that classical economic theory asserts that public goods cannot be provided by a free market; however, there are instances when groups of individuals can come together to provide these goods voluntarily.

According to behavioral economics, individuals can be motivated by things other than money alone. Volunteers may participate in local flood defenses out of a sense of civic pride, peer pressure, or a genuine sense of altruism.

Consequently, it may be that enough people are willing to contribute to a public good, even if, from a self-interest perspective, it makes more sense to avoid paying.

The term "public expenditures" refers to expenditures conducted during the "public sector" activities.

It can be said that the public sector is, in organizational and economic terms, the sum of all those sectors of the economy that are officially under the control of or governed by the state, such as the central government and local government.

There is widespread usage of the term "public spending" to refer to a total amount that is the sum of all expenditures by the public sector. In the same vein as most economic terms, public spending has many different methods of measurement that can be utilized to determine how it is viewed.

Government (public) spending on goods and services is not limited to the provision of 'such goods,' as it is also responsible for providing other goods and services such as merit goods. The most prominent examples here are education and healthcare.

The government's preferred measure is the Total Managed Expenditure (TME), which summarizes all forms of expenditure made by the central government, local authorities, and public enterprises.

In addition to social services and benefits, health services, transportation, education, defense, debt interest, housing, judicial and protective services, and employment are the major expenses in this regard.

Accessibility to and Use of Public Goods

Having access to these goods and overusing them, eventually, has a negative impact that affects every one of us equally. For instance, pollution negatively impacts the air we breathe, which is used by all of us.

It is also imperative to note that the free-rider problem is a major concern with accessibility because individuals who do not pay for access to a resource benefit from it at the expense of others who do.

Overuse of a good can result in its underproduction. A situation of this nature may result in the restriction of these goods, converting them into club goods or private goods - things that aren't available to everyone due to the limitations that have been placed on them.

Consequently, one may experience situations where these goods are restricted under the aforementioned conditions such that they are only accessible to those who can meet the imposed conditions.

Private goods are excludable and rivalrous. It is important to understand that these goods can only be used by one person at a time, for example, a wedding ring.

Some may even be destroyed when they are used or even when they are consumed, such as when a slice of pizza is eaten. Private goods are goods that are purchased for private use, and the price is paid by the buyer.

Most of the goods and services we consume or use in our daily lives are private goods. Since not everyone can afford them, they aren't available to everyone, but they're not subject to the free-rider problem either.

In some circumstances, it may not be fully non-rivalrous and non-excludable. For instance, the post office can be considered a public good since it has been used by a large segment of the population and financed by taxpayers.

However, unlike the air we breathe, using the post office does require some nominal fees, such as postage costs.

Additionally, some goods are also referred to as quasi-public. This is because, though the goods are made available to all, their value can diminish as they are used by more and more people.

An example of this can be seen in the case of a country's road system, which might be available to all citizens, but when the roads become congested during rush hour, their value deteriorates.

Generally speaking, private goods can only be used by one person at a time, and they often come with a cost that could be prohibitive if they're used by multiple people at the same time.

For a country's development, public and private goods are vital for its progress.

To improve the quality of life, public goods are necessary amenities. As important as these goods are in meeting consumers' needs and requirements, private goods are crucial in enhancing trade activities and promoting economic growth.

People or the public can use these products simultaneously, and there is no limit to the number of users. In most cases, these are free of charge and can be utilized by both the rich and the poor.

As such, one of the primary objectives of these kinds of goods is to provide essential amenities to the public in general and promote social welfare and the development of society.

These are are provided free of charge to everyone through the taxation of a few consumers. The rest are allowed to use the services or commodities without paying for them. These people are known as free riders. Occasionally, tax evasion is involved.

Therefore, the government is faced with the burden of producing such products at a higher cost and thus leading to the failure of the market.

Additionally, these facilities or benefits are sometimes taken as a given and misused or not maintained by some people since they have not paid for them and didn't realize their value.

Even though both public and private goods are for the benefit of consumers, they differ drastically from one another. Whilst the former is for the benefit of the general population, and the latter is only for those who can afford them. In summary:

For example, a wealthy person will also breathe the same air as someone poor, whereas if one were to buy private goods (a Ferrari), a poor person might not have the resources to purchase this car.