The amount of satisfaction obtained from the available goods and services in a country.

It refers to the satisfaction obtained from available goods and services in a country. A further definition would include the less quantified aspects of life like happiness, life expectancy, and living environment. Having a high standard of living is one of the macroeconomic goals of a country. 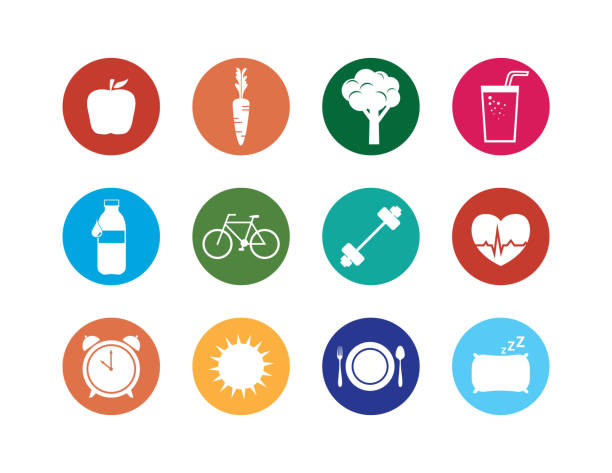 A good understanding of the above is paramount as the latter affects multiple population factors, including happiness and productivity. This matters since the higher the productivity and happiness level, the better off the economy as a whole.

For economists, there is a direct link between a country's Standard of living and its productivity level and vice versa. Communities that scale up their level of productivity have a higher probability of increasing their quality of life.

The commonly used tool to measure the above is a country's real gross domestic product ( GDP) per capita.

Standard of living vs. quality of life

Both concepts are essential to analyzing citizens' overall satisfaction and happiness level.

Standard of living vs. cost of living

Those concepts highly differ in meaning and purpose. For example, while the Standard of living is a more detailed analysis, the cost of living reflects the price of goods and services.

An economy's Standard of living indicates how well or poorly its citizens live. It focuses on their overall wealth, material properties, healthcare access, education, and ability to afford necessities and luxuries.

On the other hand, living costs reflect the money required for individuals to carry out their daily activities. More precisely, it measures how much individuals are required to spend on necessities such as groceries, clothing, gasoline, cars, public transport, healthcare costs, and other items.

For instance, the cost of living in London is significantly higher than in Mexico. Therefore, people in London need to spend substantially more to maintain an average quality of life than their counterparts in Mexico.

How Is it Measured? 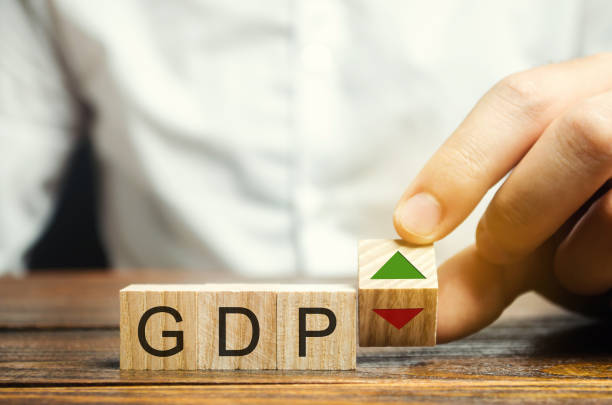 To better understand GDP/ head, let's look at the separate components that add to the above indicator.

The first component is the GDP which is the total value of all goods and services that a country generates in a specific period ( usually on an annual basis). We then adjust GDP for inflation (any price level changes), giving us the Real GDP.

We obtain Real GDP by adjusting for changes in the price level in a country. The next step is to divide the RGDP by the number of people living in a particular country which eventually yields the Real GDP/head.

Based on the above breakdown of Real GDP per Capita, we can say that the latter seeks to measure the average economic output of each resident in a country.

The formula for Real GDP per capita is as follows: 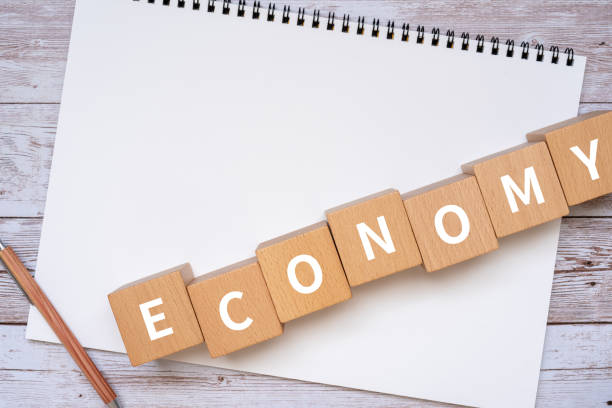 From the above formula, nominal GDP is simply the GDP without accounting for inflation.

The Deflator is the change in price level between 2 years (it is an economic tool used to adjust for inflation). The Deflator can be obtained online by searching the Bureau of Economic Analysis website.

For example, let's take a country like Singapore, whose real GDP per capita is rising. By this definition, the living standard of that country is also increasing.

We can hence deduce that there is a likelihood that more goods and services are available to customers, and they are in a better position to afford them.

While Real GDP per capita captures the ability of people to enjoy the materialistic aspect of life, it still doesn't consider non-quantifiable components such as privacy, safety, and life expectancy.

This statement, therefore, leads to the question of whether Real GDP per capita is a good measure or not. 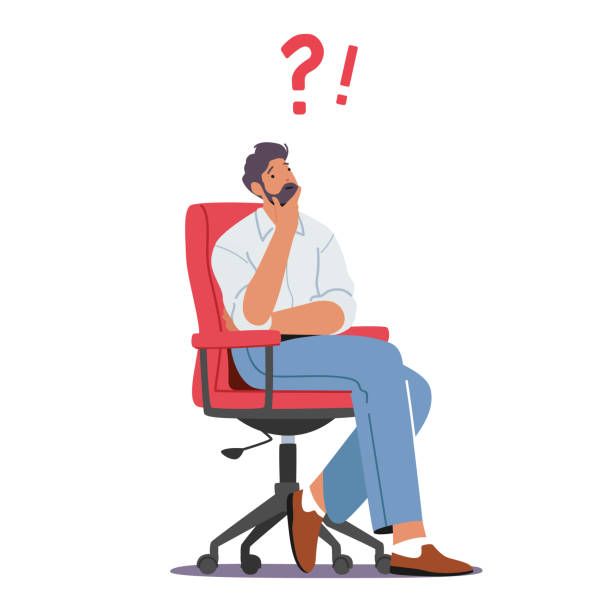 While GDP per capita is undoubtedly the most commonly used metric to assess living standard, it still fails to consider many factors that significantly impact an economy and an individual's quality of life.

Below are some of the limitations of GDP per capita as a measure of the quality of life:

It does not consider the distribution of wealth and other forms of inequalities.

To illustrate this, let's take a sample of 100 people from a particular country. If 50 residents produce $1M in economic output annually and the other half produces no output, the country's real GDP per capita is $20,000.

Nevertheless, given that half of the sample taken produces no output, this implies that this category of people is experiencing low quality of life, even if the country they live in is experiencing a high living standard due to a high RGDP per capita.

It does not account for non-economical transitions that do not involve monetary compensation.

The latter omits unpaid work such as community service, volunteer work, or other tasks that might contribute to improving a country's living standard but are not financially rewarded.

GDP per capita fails to capture the intangible aspects that make up for the well-being and happiness of the citizens of a country. Those are mainly non-economic factors such as good health, low crime rate, and work-life balance.

Non-economic factors also influence people's quality of life. For example, an individual might be enjoying a high-income level and living in a bug house, but if he lives in an area surrounded by air or noise pollution, which is harming his health, this might lead to a fall in his quality of life.

While GDP captures significant-quality upgrades of large items like cars and computers, they do not account for more minor aspects, including better quality healthcare services or energy efficiency upgrades.

Even if the above metric has certain limitations as a measure of living standard, it is still widely used by economists given its ease at quantifying the various aspects that determine the quality of life in a country.

To get a complete measurement of the quality of life, we still need to quantify aspects such as air quality, inequality, safety, and life expectancy.

To make this possible, we can use the HDI - Human development index and the GNH - Gross National Happiness. 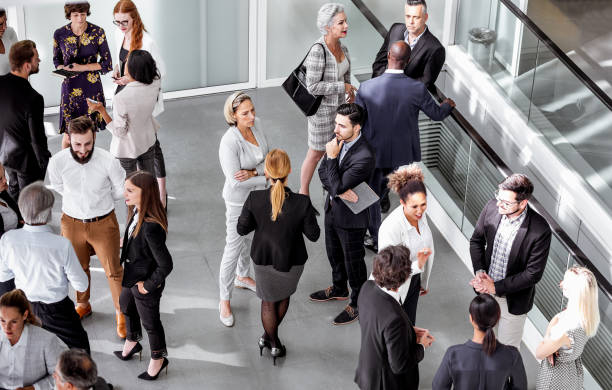 While the GDP per capita remains one of the most popular metrics to assess a country's living standard, some alternatives have been brought to the limelight in recent years to capture the effects of non-economic factors. Some other options are listed below:

The HDI states that people and their capabilities should be the main criteria for assessing the development of a country and not economic growth alone (rise in RGDP).

The above metric captures three critical dimensions of human development: a long and healthy life, a reasonable literacy rate, and a high living standard.

The Health dimension includes the life expectancy at birth. Next comes the literacy rate, which is the mean number of years of schooling for adults aged above 25 years as well as expected years of education for children of school entering age.

Lastly, the Standard of living dimension is the gross national income per capita.

The above metric takes into account nine factors to determine the living standard:

The Gross National Happiness index was first developed in 1972 by King Singye Wangchuck, the 4th king of Bhutan, and has subsequently been popularized in some policy circles.

A US nonprofit public policy organization called Redefining Progress uses this metric. GPI uses GDP as the baseline for its test but omits factors like crime rate and family issues such as divorce and pollution.

GPI then includes non-profitable activities like household and voluntary contributions, which the GDP omits.

The latter also seeks to adjust for income inequality. So we can say there is a direct relationship between GPI and poor people's share of income. 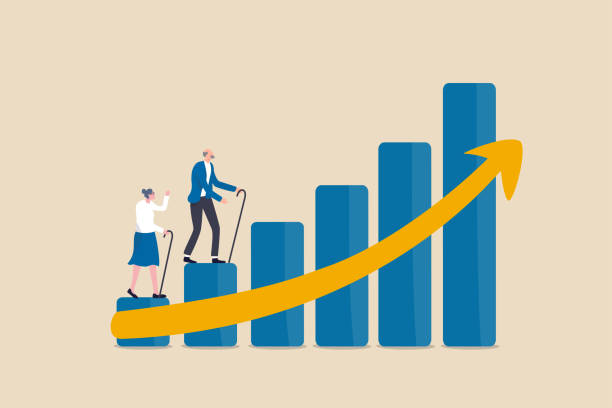 Factors Determining the living standard In A Country:

There is a direct relationship between the number of goods and services a country generates and the Standard of living it can provide its inhabitants. The higher the productivity level of the citizens of a particular economy, the better off they shall be.

For instance, the higher the level of productivity of each person engaged in Healthcare or Agriculture, the higher will be the national output and hence the quality of life of those people.

We can therefore say that variances in productivity have a significant impact when it comes to differences in the SOL of various countries.

For example, let's consider a worker in an advanced country like the US that uses high capital equipment in the production process and another from a developing country that works with smaller capital equipment.

In this case, the productivity level for the worker in the advanced country will be higher than for the less advanced one since using high-level capital equipment compared to a smaller one will enable him to produce more goods in a specific timeframe. 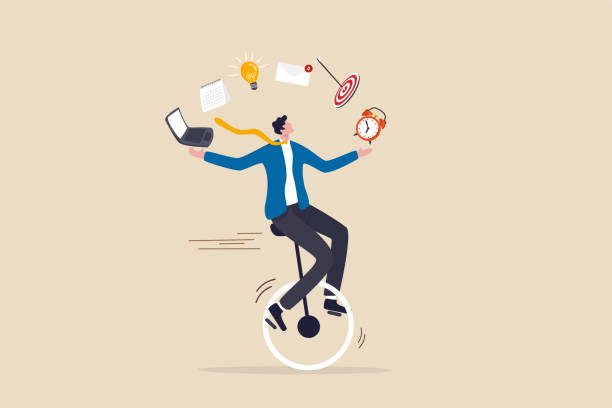 A country with high-income inequality signals that only a few people will benefit from a high living standard. Conversely, a large majority of its population will have a significantly low quality of life.

When determining an individual's quality of life, solely considering his monthly/ annual salary is not enough. Instead, it is better to see what that income can buy regarding goods and services - the real income.

A country with many illiterate citizens cannot expect a high quality of life as they do not possess the skills and knowledge to engage in any activities that will improve the economy in which they live.

Even in an instance whereby the highly uneducated people were to have a large amount of money by either winning the lottery of inheritance, they would either hoard them or waste them on useless activities. 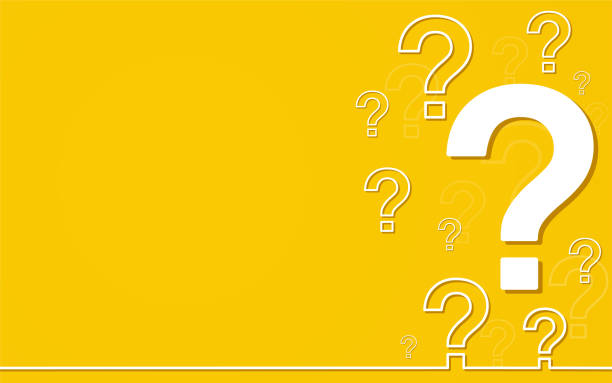 What can lead to an improvement in the quality of life?

A person's ability to reach financial freedom and materialistic comfort can improve his living standard. Nevertheless, non-economic factors such as better health and a lower crime rate in a particular region can also improve living standards.

How does the lifestyle concept differ from that of the Standard of living?

For many people, those two terms tend to have the same meaning. Nevertheless, they differ in various ways.

The significant variance is that lifestyle is how an individual lives, while the Standard of living is the level of wealth and comfort that a person or community enjoys.

How can government improve the SOL?